NFT battle game Versus which features an Animal-Crossing-inspired open-world multiplayer metaverse, is adding Concordium to its ecosystem allowing players to explore unique arenas in collaboration with major brands.

At present, NFT minting and changing ownership transactions for the Versus metaverse are executed on Ethereum Mainnet, while a Layer-2 takes care of "mini-transactions" such as playing a game or training a pet. Compared to Ethereum's current steep gas prices, Concordium offers cheap, fixed and predictable fees for players and is a safer bet for Versus.

Concordium's state-of-the-art, science-based ID layer allows Versus to perform identity checks and provide accountability without sacrificing privacy, and it can even offer verified gamers fun and unique in-game experiences like battle tournaments and competitions.

"As a project intending to grow a community and e-sport around the lore and characters we're developing, easy identity verification plays a central role in maintaining the authenticity and accountability of our ecosystem. Choosing Concordium allows us to focus on what matters most, providing players with fun experiences ." - Says Versus founder, Aigbe Idahosa .

A playable beta version of Versus will be ready in Q4, 2022.

Concordium is a permissionless layer 1, science-backed blockchain, designed to balance privacy with accountability through its ID layer and the use of Zero-knowledge proofs. Creating trust with ID is a key to the mass migration of web2 to web3 and beyond. For DeFi degens, metaverse players, and gamers, it provides a fast, secure, and highly capable platform that makes building and using dApps a simpler, more accessible task. Concordium differs by having the third party verified ID, by offering nearly instantaneous, real finality which hinders roll-back of transactions and offers  low transaction fees, stable in FIAT terms and a large throughput. With leadership from Volvo, IKEA, Credit Suisse, Uber the team is now scaling the chain to its extensive network of the world's biggest enterprises. For more information: concordium.com .

Versus is a world that exists in a parallel dimension, apart from Earth. Versus is vast and wonderful with unique biomes, cultures, and technologies. Like our reality, the forward-thinking scientists of Versus developed blockchain technology. However, unlike our reality, the blockchain spawned something…new. Scientists first noticed the phenomena as aberrant transactions and anomalous smart contracts.  Over time strange sentient cryptographic creatures began to emerge spontaneously within the code of the blockchain, making their presence known.  These creatures, these embodiments of living code, were named Cyphers.

Versus is a free to play metaverse game which is akin to a massively multiplayer online roleplaying game. Players will be able to shape the world by harvesting resources, crafting objects, building homes, forming organizations, and more. The world contains "cyphers", which are digital companions which enable players to access additional facets of the game including areas of the game not accessible without a cypher, a main story driven questline, and battling other players.

Versus contracts will be able to communicate across chains seamlessly through the use of a novel Bridge Oracle known as Telegraph. Telegraph is a blockchain oracle that aims to make cross-chain communication for smart contracts across multiple blockchains both easily accessible and affordable. Telegraph will help Versus players access the popularity of ETH, while retaining the security of Concordium.

This information was brought to you by Cision http://news.cision.com

MediaTek today announced the Dimensity 8200, the company's newest chipset for premium 5G smartphones. Smartphones powered by the Dimensity 8200 will offer flagship level experiences including connectivity, gaming, multimedia, displays and imaging at a more accessible price point. Built on the 4nm-class process, the new chipset delivers unparalleled power efficiency. It also integrates an octa-core CPU with four Arm Cortex-A78 cores operating at up to 3.1 GHz, along with a powerful Mali -G610 graphics engine, for better performance across applications.

This is a significant next step for the new sports gaming platform, as users will now be able to apply their purchased in-game card packs to a staking framework in order to receive the game's Web 3.0 based token, $GLX. Players can purchase the card pack NFTs on the website, where they are then held in Hive blockchain wallets - the blockchain that Genesis League Goals operates on. From there, users can stake their card packs on the website through Genesis League Goals' user interface.

- KLab Inc., a leader in online mobile games, announced that its head-to-head football simulation game Captain Tsubasa: Dream Team will hold the worldwide Dream Championship 2022 tournament finals online on December 11th and 12th. It will be livestreamed on YouTube. This year marks the fourth installment of the tournament to decide who is the number one player in the world. See the original press release ( https:www.klab.comenpress ) for more information. 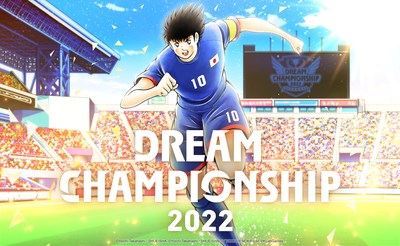 The tournament will feature live commentary in English and Japanese so viewers can enjoy the tournament in their preferred language.

Cheer on the Competitors with Streamers from Around the World 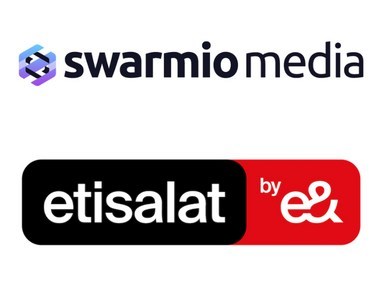 Wemade signed a MOU with Sandbox Network, the biggest Multi Channel Network company in Korea, to form a partnership. Founded by DDotty( Heesun Na ), a popular influencer, and CEO Pilsung Lee , Sandbox Network is Korea's top-tier MCN company. 450+ teams of creators with proven track record in various fields are affiliated to the company, and it boasts an overwhelming share in Korea's entertainment industry. Recently it is actively pursuing Web3.0-based crypto and metaverse contents business as well.

Wemade seeks to expand its business, utilizing blockchain technology, through signing partnerships with Sandbox Network for onboarding blockchain games and gaming platforms on WEMIX3.0 and more.

Two companies aim to work together on contents as well, including creator marketing for blockchain services by Wemade/WEMIX such as DeFi and NFT, and NFT planning.

"Both parties will actively join forces to form a concrete partnership in blockchain field," said Pilsung Lee , CEO of Sandbox Network. "We will focus on cooperation on many fronts."

"All contents will belong to a new digital economy on blockchain," said Henry Chang , CEO of Wemade. "Interactive contents of Sandbox Network will build a unique and sustainable economic system on WEMIX3.0."