Developing One of the Largest Advanced Copper Deposits in Chile

This Los Andes Copper profile is part of a paid investor education campaign.*

The copper market has seen an exciting uptick and revitalization in recent years. Besides being a staple metal for building and construction, analysts’ forecast copper valuation may exceed historic highs of US$10,000 per tonne with the increased demand for the metal in electric vehicle wiring and solar panel manufacturing.

One of the most prominent players in this arena is Chile. As a country with many of the largest copper mines in the world and some of the most investor-friendly mining jurisdictions to date, Chile is already playing a significant part in producing the copper needed to power the new green world.

Los Andes Copper (TSXV:LA) is a Canadian company focused on developing its flagship Vizcachitas copper-molybdenum project, which is one of the largest advanced copper deposits in Chile.

For years, Chile has hosted many international mining projects, with its stable taxation regime for foreign companies to work and a democratic government supportive of mining operations. Los Andes Copper is strategically positioned to leverage Chile’s prominent past-producing geological positioning and take advantage of rising copper prices despite production disruptions from COVID-19 in 2020.

Los Andes’ diverse investor portfolio demonstrates the vast and enthusiastic interest surrounding the company. Along with a large group of loyal and very active retail investors, the company is also seeing interest generated from the development of drilling programs conducted from 2015 to 2017. The campaign results showed significant grades hovering above 0.5 percent copper in near-surface supergene mineralization.

With the net present value of the Vizcachitas asset set at US$1.8 billion as of the PEA, Los Andes Copper is favorably positioned to leverage the robust economic and geological conditions of this large copper project for years to come.

The company expects to publish a pre-feasibility study (PFS) for its flagship project in late 2021. This study would include robust economics, updated resource estimates of prospective mining reserves and metallurgical testing results of copper and molybdenum mineralization. As part of the PFS, Los Andes is undertaking work programs that will contribute to the design of an environmentally friendly operation that will position Vizcachitas on the forefront of global environmental trends for mining.

With commitments to environmentally friendly best practices and community participation, Los Andes Copper’s management team has primed the company for development and mining success. Its track record of accomplishments in mining, community affairs and project development means that company leadership has the expertise to push its Vizcachitas project to levels seen in neighboring porphyry deposits.

Los Andes Copper’s flagship project is 100 percent owned and focuses on developing an advanced copper-molybdenum porphyry deposit in Central Chile. The company expects to publish its PFS in late 2021. 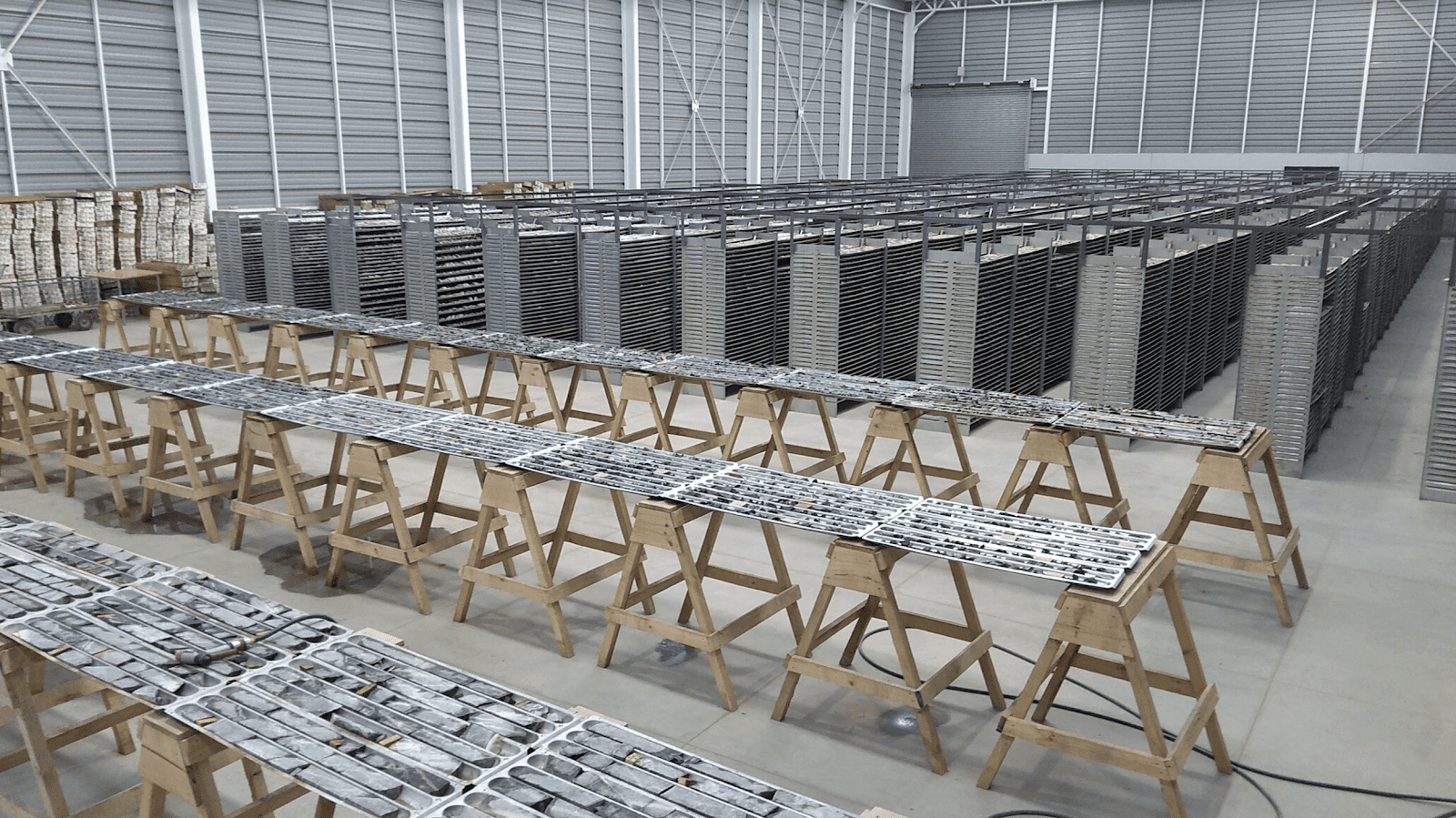 The project is located approximately 150 kilometers northeast of Santiago with accessible water resource networks and good infrastructure. It operates on the same geological belt that has historically hosted competitive and clean grade copper production. This includes the Rio Blanco-Los Bronces deposit, which has seen over 101 million tonnes of contained copper.

Additionally, the deposit has a measured and indicated resource of approximately 1.28 million tonnes at a copper grade of 0.40 percent and a copper equivalent grade of 0.45 percent. Total mineralization estimates also include 11.2 billion pounds of copper, 400 million pounds of molybdenum and 43.4 million ounces of silver.

Los Andes Copper is currently working on completing its 2021 PFS and Environmental Impact Statement (DIA) to acquire the permits that will allow for drilling and mining development. With a strong showing from the company’s 2019 PEA, the Vizcachitas copper project demonstrates significant exploration potential and is expected to begin production in 2025. 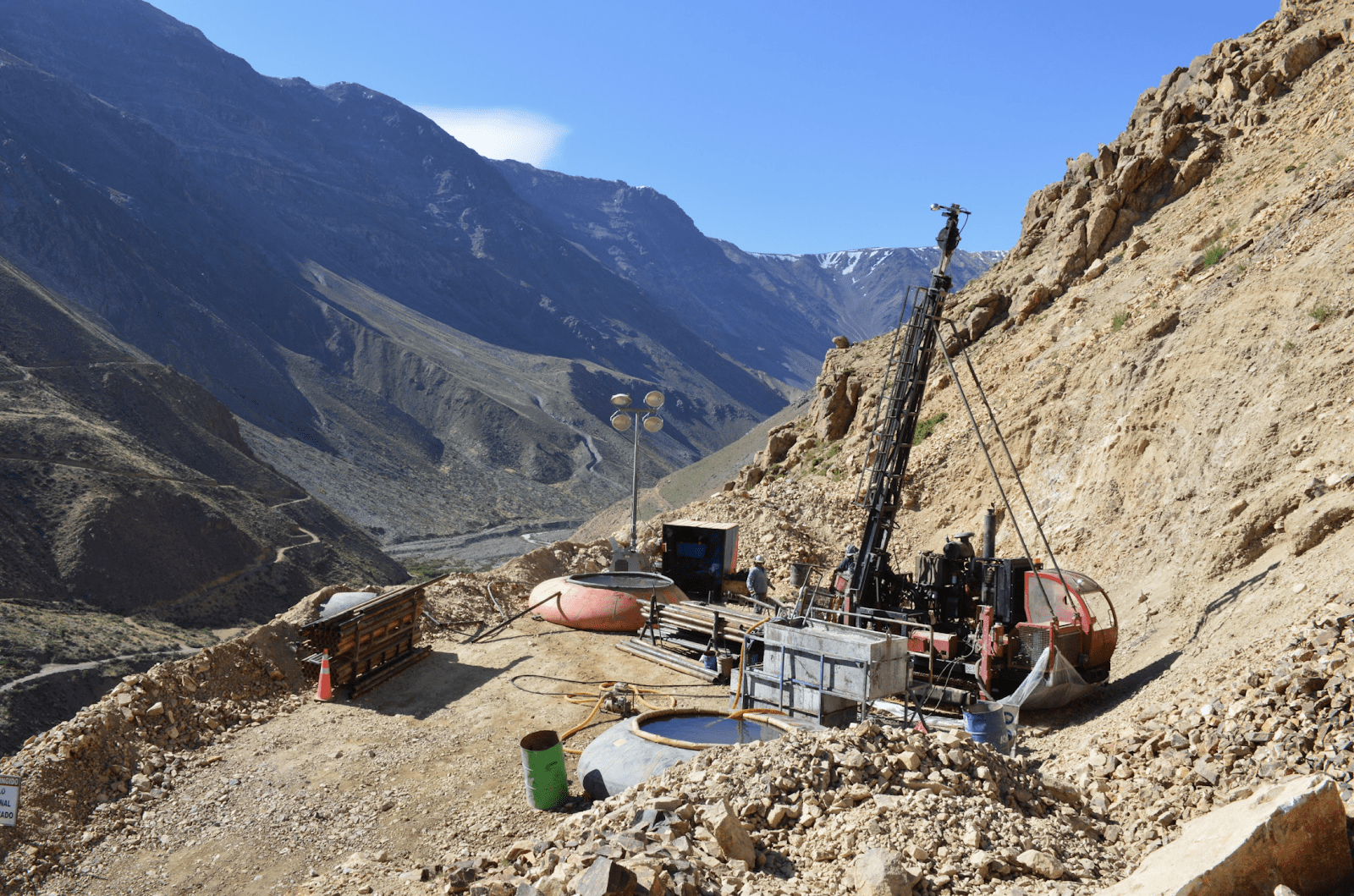 Fernando Porcile is a mining engineer with over 50 years of experience in the mining industry. He has been responsible for the development, implementation, commissioning and operation of new mining projects and the management of various world-class operations. His experience with engineering companies is vast and varied, as senior process engineer, and as client and consultant. Most of his experience has been in copper, but has also included nitrates, iodine and iron ore. During the period 2010-2014, he was Director of the Codelco Board and lately he has been consultant for other mining companies developing copper, iron and gold projects.

Mr. Porcile was President of Compañía Doña Inés de Collahuasi in the period 2007-2009; he was also President of the Falconbridge Copper Business Unit for five years. During his presidency Falconbridge was developing projects that included El Morro, Pachón and the expansion of Collahuasi. Prior to these responsibilities he was Vice President Project Development for BHP Billiton’s Base Metals Division and before that President of Compañía Minera Cerro Colorado of Rio Algom, participating in the development of the Antamina and Spence projects.

From 1989 to 1991, he was Operations Manager of Soquimich, responsible for the operations to produce nitrate and iodine in Chile’s Region of Antofagasta. Mr. Porcile worked for Codelco for nine years, from 1980-1989. At Codelco he worked in the El Teniente and Chuquicamata Divisions. At Chuquicamata he was General Manager at a time when a large expansion program was developed at the mine, concentrator, smelter, electrolytic refineries, leaching and supporting facilities.

Mr. Porcile holds a Masters of Science in Mineral Engineering from Columbia University in the city of New York. Prior to that, he studied Mining Engineering at the University of Chile.

Antony Amberg is a chartered geologist with 32 years of diverse experience working in Asia, Africa and South America. Amberg is a Qualified Person under NI 43-101 and has managed various exploration projects ranging from grassroots through to JORC compliant feasibility studies. In 2001, he returned to Chile, where he started a geological consulting firm specializing in project evaluation and NI 43-101 technical reports. Amberg began his career in 1986 working with Anglo American in South Africa before moving on to work for Severin-Southern Sphere, Bema Gold, Rio Tinto and Kazakhstan Minerals Corporation.

Manuel Matta is a mining engineer with 30 years of mining experience in operations, planning and projects. He has experience in M&A, asset optimization, due diligence for major projects worldwide and the development of concentrate treatment technology. Matta has also worked for Barrick Gold as vice president of project construction, responsible for constructing large capital projects worldwide. Before that, he worked at Rio Algom in the mid 1990s, where he worked with Fernando Porcile through all the development phases of the Spence copper project, from exploration to conceptual engineering, pre-feasibility and feasibility. During this period, he also assisted Mr. Porcile’s team in optimizing the throughput of the recently commissioned Cerro Colorado copper mine. Matta worked for Falconbridge and Xstrata as vice president of projects and development, where he led the expansion of the Collahuasi project. He was also general manager of the Altonorte Smelter in Antofagasta, Chile, where he led the operation upgrade for this custom copper smelter, one of the world’s largest.

Ignacio Melero is a lawyer from Pontificia Universidad Católica de Chile. He has vast experience in corporate and community affairs. Before Los Andes, Melero was responsible for community affairs at CMPC, having managed community and stakeholder affairs for many pulp and forestry divisions throughout the country. Ignacio has also worked for the Government of Chile in the Ministry General Secretariat of the Presidency. He was responsible for the inter-ministerial coordination of the ChileAtiende project, a multi-service network linking communities, regional governments and public services.

Harry Nijjar holds a CPA CMA designation from the Chartered Professional Accountants of British Columbia and a BComm from the British Columbia University. He is currently a managing director of Malaspina Consultants and has been working with public and private companies for the past 10 years in various roles. He is also presently the CFO of Darien Business Development Corp. and Clarmin Explorations Inc.

Pedro Loch is a certified accountant with over 30 years of experience with multinational companies. Loch has worked as Regional Financial Officer for the Chilean subsidiary of Mincom International from 1997 to 2010. He has also worked at Raychem as a controller for Chile and Peru and he was a controller for seven years at the Chilean subsidiary of Transammonia Inc. in New York.

Magin Torres is a metallurgist and mining engineer with a Master of Science in Extractive Metallurgy and Mining Engineering from the University of Chile. He has 12 years of experience as a process consultant in copper-moly, gold and iron operations. Before joining Los Andes Copper, Torres was in charge of milling operations at the Codelco Chuquicamata mine. He was the senior metallurgist at Minera Las Cenizas mine and the QA operations manager at SGS Minerals, Chile.

Magin is also a Competent Person in Extractive Metallurgy under the Chilean Mining Commission (Reg. No. 0409).

Alejandro Cassi is a sociologist and candidate for a Master’s Degree in Political Communication and Public Affairs. He has 10 years of experience in community management. Cassi has worked for Esval (water utility) in charge of communities, for Codelco as deputy manager for Community Relations for the Ventanas smelter and Kinross Chile as community relations specialist.

The information contained here is for information purposes only and is not to be construed as an offer or solicitation for the sale or purchase of securities. Readers should conduct their own research for all information publicly available concerning the company. Prior to making any investment decision, it is recommended that readers consult directly with Los Andes Copper and seek advice from a qualified investment advisor.