Character Labs' is taking the idea of interoperable characters for the Metaverse and virtual worlds to the next level. In a world-first, Character Labs' will be launching multi-skeleton characters - meaning that players are no longer bound to a single anatomical model for their character. Users can integrate, customize, buy, sell, rent and play with these virtual characters - animal, human, dragon, alien, or otherwise - across multiple platforms. In another world-first, these characters also feature "aesthetic compatibility" so that their appearance will match the aesthetic of the participating game they are used in.

Get early access by joining the waitlist at www.character.xyz

Character Labs, an innovative Metaverse startup, announces its closed alpha launch of interoperable characters for the Metaverse and virtual worlds, which will feature numerous never-before-seen innovations. This groundbreaking platform was developed by an experienced team of professionals with years of related experience. The development would provide a long-awaited solution for those who wanted to use a personalized character that they can carry across multiple virtual worlds. By integrating interoperable characters across the virtual worlds, Character Labs is empowering users with a whole new level of immersion, ownership and customization. 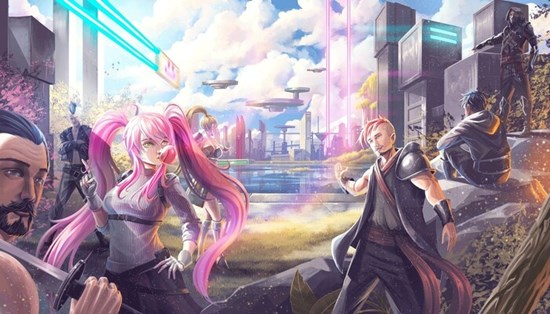 "We created a platform and a marketplace for gamers, creators, and developers to find exactly the characters they're looking for and take it with them across any partnered worlds they participate in," says Zeno Saviour, Founder of Character Labs. "Traditionally, the time, money and emotional investment players would pour into a character would be locked into a specific game or its ecosystem. Interoperability means that restriction no longer applies."

"The feedback we received from gamers, indie developers, and AAA developers allowed us to build something truly unique. For players, the demand is for avatars, customization, creativity, and expression. For creators and developers, the demand is for high-quality player characters, NPCs, embodied AIs, and virtual influencers," explains Zeno. "In the present time, many virtual world experiences exist within walled gardens. However, with the rise of the Metaverse, there has been a trend towards more open, collaborative and interconnected ecosystems. We believe these trends will only grow moving forward unlocking even greater value."

Elaborating on the concept, Zeno adds, "Game experiences not only require interoperability but also aesthetic compatibility that matches the look and feel of the experience. Therefore, our Characters are designed to match the aesthetic of a wide range of participating world environments. For example, a player entering a photorealistic world will have their character appear more detailed; a player entering a voxelized world will see the same character now appear in a voxelized design that matches that virtual world, and so on." 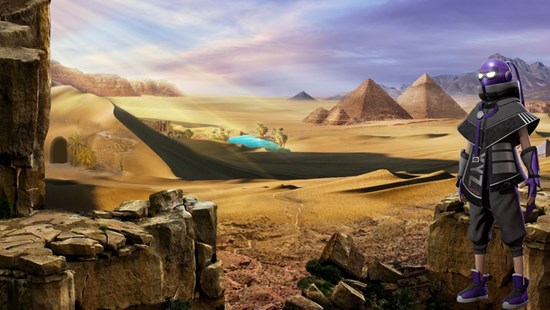 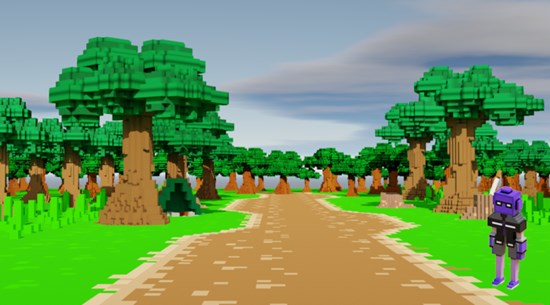 Before founding Character Labs, Zeno Saviour was a seasoned game developer with years of experience in top AAA gaming studios. Zeno observed that with the rise of the Metaverse and virtual worlds, characters have become one of the most important subjects for the future of gaming.

Left -The human form and its equivalent doppelganger version. Right - Doppelganger in a virtual world

That emphasis on character also inspired Zeno to enable digital twins to be created through the platform. "By talking closely to our users, we identified that the players had an interest in playing as themselves - quite literally - in their gameplay experiences. Our doppelganger feature allows our users to do just that, creating a new level of reality and immersiveness," remarks Zeno. The digital twin will not only mirror the player's face and overall appearance, but can also include everything from clothing to jewelry in the character. 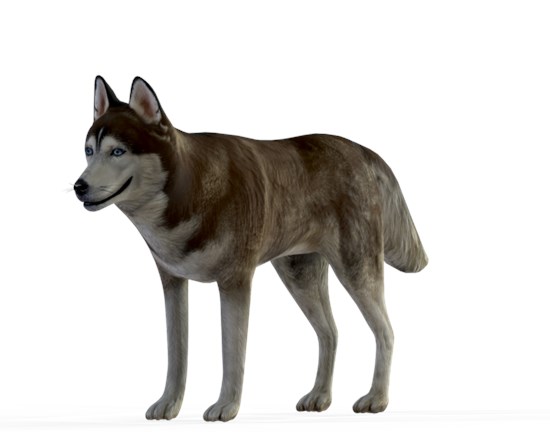 Another world-first feature will be the accessibility of multi-skeleton characters. In simple terms, character models were previously constricted to the need to all rely on a default skeletal model. However, on the Character Labs' platform, users could potentially use skeletal models from animals to aliens - and nearly anything in between. That innovation alone massively expands player options for avatar designs. As Zeno describes, "Freedom of expression in the metaverse is meant to be limitless. Why should we limit ourselves with humanoid avatars?"

All of Character Lab's characters are fully decentralized, secured and tokenized using the ERC1155 standard - so any character purchased will be fully owned by the player. This also means that the platform is effectively a decentralized member-owned economy, with users able to integrate, customize, buy, sell, rent and play with their characters. According to Zeno "Of particular benefit to developers, lower-end character mesh files are starting as low as 100 KB, allowing them to be quickly and easily integrated and downloaded en-mass to populate live games and platforms."

Backed by an innovative concept and addressing the massively increasing demand for unique, high quality character designs, Character Labs is poised to script another success story in the world of next-generation blockchain applications. 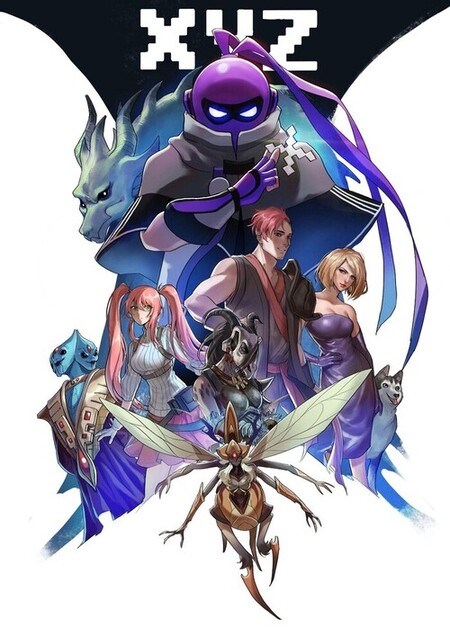 Character Labs is a metaverse startup company that offers interoperable characters for the metaverse and virtual worlds. The team at Character Labs is well-equipped to deal with the fast-paced challenges and opportunities presented by today's web 3.0.

For more information about Character Labs and other inquiries, visit their website or reach out via email or social media channels.

To view the source version of this press release, please visit https://www.newsfilecorp.com/release/136224

The round also comes with backing from major games and guilds, most notably YGG

The Kapital DAO announced today the close of its latest raise, with participation from Polygon Ventures, the Algorand Foundation, and the HBAR Foundation, with grants from the Solana Foundation and NEAR. Also involved were prominent investors such as Yield Guild Games (YGG), Samsung NEXT, GSR, Wintermute Ventures, Keyrock, and Portofino. Gaming strategic partners include Splinterlands, Shrapnel, and Blocklords. The Kapital DAO will also receive ongoing advisory from YGG and Floating Point Group (FPG) along with the leaders of Illuvium, Laguna Games, and Digital Insight Games (DIG). The DAO is expected to vote to drive the funding toward further development and scaling of its technology, which enables institutional-grade asset management for web3 gaming organizations. The Kapital DAO plans to deploy its technology closely with these strategic partners to increase the amount of institutional capital and players flowing through partnered ecosystems. This raise comes at a critical juncture as web3 gaming and large DAOs begin to focus on their key issues with scaling operations and security.

Mistplay places No. 6 on The Globe and Mail's fourth-annual ranking of Canada's Top Growing Companies

Mistplay is pleased to announce it placed No. 6 on the 2022 Report on Business ranking of Canada's Top Growing Companies. 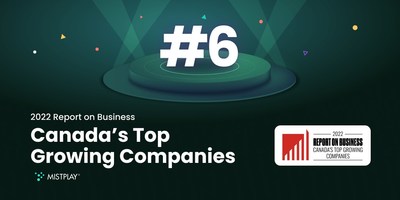 Canada's Top Growing Companies ranks Canadian companies on three-year revenue growth. Mistplay earned its spot with three-year growth of 4,707%. Its loyalty platform continues to scale as the market leader while empowering millions of gamers to earn rewards by playing mobile games. Alongside strong revenue growth, lifetime installs of the app increased by 53% over the prior year in part driven by launching in South Korea , further expansion into Europe , new product features, and fortified operations in core markets.

Henri-Charles Machalani , Founder and CEO of Mistplay, says, "What excites me the most about this growth achievement is that it means we're reaching more and more players on a global scale every year. Loyalty gaming is truly a game changer for the industry and our team is incredibly proud to be pioneering the path forward in order to drive continuous value to as many gamers and publishing partners as possible."

Mistplay looks ahead to its next phase of growth with its recent appointment of seven senior executives, scaling its existing loyalty platform, and bringing to market new category-defining products for the mobile gaming industry.

Canada's Top Growing Companies is an editorial ranking that was launched in 2019. It aims to celebrate the boldest entrepreneurial achievement by identifying and bringing the accomplishments of innovative businesses in Canada to the forefront. In order to qualify for this voluntary programs; companies had to complete an in-depth application process and fulfill requirements. In total, 430 companies earned a spot on this year's ranking.

The full list of 2022 winners along with editorial coverage is published in the October issue of Report on Business magazine. The list is out now and online here: https://bit.ly/canadas-top-growing-companies

" Canada's Top Growing Companies recognizes the tremendous ambition and innovation of entrepreneurs in Canada ," says Dawn Calleja , Editor of Report on Business magazine. "The next generation of Canadian businesses can draw inspiration from this ranking."

"In an uncertain world, the success stories of the companies marked in this year's Report on Business magazine's list of Top Growing Companies are a beacon of optimism," says Phillip Crawley , Publisher and CEO of The Globe and Mail. "The Globe and Mail congratulates them on their achievements."

About The Globe and Mail

The Globe and Mail is Canada's foremost news media company, leading the national discussion and causing policy change through brave and independent journalism since 1844. With our award-winning coverage of business, politics and national affairs, The Globe and Mail newspaper reaches 5.9 million readers every week in our print or digital formats, and Report on Business magazine reaches 2.3 million readers in print and digital every issue. Our investment in innovative data science means that as the world continues to change, so does The Globe. The Globe and Mail is owned by Woodbridge , the investment arm of the Thomson family.

Mistplay is the leading play-and-earn and game discovery platform for mobile gamers. With over 25 million downloads to-date, players around the world engage with Mistplay to discover new games and get rewarded while playing. To learn more, visit www.mistplay.com .

OLG partners with MLB to revive the 1930's
Championship Ontario Baseball TEAM
through a popular video game and powerful film at
olg.ca/ChathamPlaysOn

Reviving and celebrating Ontario history on the baseball field and in a video game! Ontario Lottery and Gaming Corporation (OLG), in partnership with Major League Baseball (MLB), is immortalizing the 1934 Chatham Coloured All-Stars - the first all-Black team to win an Ontario Baseball Association Championship in a very unique way. OLG and MLB are bringing the team's memory back to life through baseball's most popular video game, MLB The Show 22.

FEATURE³ BRINGS THE METAVERSE INTO YOUR LIVING ROOM

Feature introduces Feature³ the world's first blockchain-enabled streaming device, combining three products - a revolutionary streaming service driven by content from world-class creators, an immersive, real-time social media experience, and a GPU-enabled gaming platform. Feature³ is a new experience that ushers in the future of entertainment, providing a portal into new worlds by bringing the metaverse off the computer and into the living room.

Playtika Holding Corp. (NASDAQ: PLTK) (" Playtika "), a mobile gaming entertainment and technology market leader with a portfolio of multiple game titles, today provided an update on the number of shares of Playtika's issued and outstanding common stock, par value $0.01 per share (each, a " Share ," and collectively, " Shares ") tendered to date in its previously announced tender offer for the purchase of up to 51,813,472 Shares at a price of $11.58 per Share.

Playtika has conducted the tender offer in accordance with the terms and subject to the conditions described in the offer to purchase, dated August 29, 2022 , the related letter of transmittal and other related materials, as each may be amended or supplemented from time to time.

Where Does Tesla Get its Lithium? (Updated 2022)

Should You Invest in Silver Bullion? (Updated 2022)

What Was the Highest Price for Silver? (Updated 2022)