ACME Lithium Inc. (CSE: ACME) (OTCQB: ACLHF) (the "Company", or "ACME") is pleased to announce that President and CEO Steve Hanson will be meeting and presenting to investors at Mines and Money Connect London on May 4th and 5th. https:minesandmoney.comconnect

ACME's CEO Steve Hanson will be presenting an overview of ACME's projects in the United States and Canada.

Under the engagement, Red Cloud will be paid a fee of CN$10,000 per month for the services it will render for a 12-month period, and the arrangement can renew month-to-month thereafter at ACME's option. ACME has, subject to regulatory approval, granted Red Cloud stock options to purchase 225,000 common shares at an exercise price of $1.30 per share for a period of three years ("Options"). Red Cloud does not have, either directly or indirectly, an interest in ACME or it's securities, and does not have a right to acquire any such interest other than the Options. Red Cloud has no other relationship with ACME other than as set out in the engagement letter.

Red Cloud Securities Inc. is registered as an Investment Dealer all Canadian Provinces and Territories and is a member of the Investment Industry Organization of Canada (IIROC). Part of Red Cloud's business is to connect mineral exploration and mining companies with suitable investors. For additional information about Red Cloud, visit: https://redcloudfs.com/

Led by an experienced team, ACME Lithium is a mineral exploration Company focused on acquiring, exploring and developing battery metal projects in partnership with leading technology and commodity companies. ACME has acquired or is under option to acquire a 100-per-cent interest in prospective lithium projects in the United States and Canada.

Neither the CSE nor its regulations service providers accept responsibility for the adequacy or accuracy of this news release. This news release may contain forward-looking information within the meaning of applicable securities laws ("forward-looking statements"). Forward-looking statements are statements that are not historical facts and are generally, but not always, identified by the words "expects," "plans," "anticipates," "believes," "intends," "estimates," "projects," "potential" and similar expressions, or that events or conditions "will," "would," "may," "could" or "should" occur and in this news release include but are not limited to the attributes of, timing for and expected benefits to be derived from exploration, drilling or development at ACME's project properties. Information inferred from the interpretation of drilling, sampling and other technical results may also be deemed to be forward-looking statements, as it constitutes a prediction of what might be found to be present when and if a project is actually developed. These forward-looking statements are subject to a variety of risks and uncertainties which could cause actual events or results to differ materially from those reflected in the forward-looking statements, including, without limitation: risks related to fluctuations in metal prices; uncertainties related to raising sufficient financing to fund the planned work in a timely manner and on acceptable terms; changes in planned work resulting from weather, logistical, technical or other factors; the possibility that results of work will not fulfill expectations and realize the perceived potential of the Company's properties; risk of accidents, equipment breakdowns and labour disputes or other unanticipated difficulties or interruptions; the possibility of cost overruns or unanticipated expenses in the work program; the risk of environmental contamination or damage resulting from the Company's operations and other risks and uncertainties. Any forward-looking statement speaks only as of the date it is made and, except as may be required by applicable securities laws, the Company disclaims any intent or obligation to update any forward-looking statement, whether as a result of new information, future events or results or otherwise.

To view the source version of this press release, please visit https://www.newsfilecorp.com/release/121944

ACME Lithium Inc. (CSE: ACME) (OTCQB: ACLHF) (the "Company", or "ACME") is pleased to announce, further to its C$4.45 million funding news release of May 16th, 2022, it has closed a second and final tranche of its non-brokered private placement financing (the "Private Placement") of C$1.25 million for combined total gross proceeds of C$5.7 million. As a result of the funding, ACME's working capital is approximately C$11.9 million with no debt. (Based on unaudited figures and subject to change.)

The Private Placement consisted of:

ACME Lithium Inc. (CSE: ACME) (OTCQB: ACLHF) (the "Company", or "ACME") is pleased to announce, further to its C$4.2 million funding news release of May 3, 2022, on May 13, 2022, it has closed an oversubscribed non-brokered private placement financing (the "Private Placement") of C$4.45 million. As a result of the funding, ACME's working capital is approximately C$10.95 million with no debt. (Based on unaudited figures and subject to change.)

The Private Placement consisted of:

ACME Lithium Inc. (CSE: ACME) (OTCQB: ACLHF) (the "Company", or "ACME") is pleased to announce that it has entered into a binding term sheet with the Waratah Electrification and Decarbonization AIE LP for a non-brokered private placement (the "Private Placement") through the issuance of 2,963,500 units (the "Units") at a price of CN$1.08 per Unit for aggregate gross proceeds of CN$3,200,580.00, or approximately US$2,500,000.

ACME Lithium Inc. (CSE: ACME) (OTCQB: ACLHF) (the "Company", or "ACME") is pleased to provide a corporate update on the exploration status of its Clayton Valley, Nevada lithium brine project, as well as projects in southeast Manitoba and Oregon.

ACME Lithium Inc. (CSE: ACME) (OTCQB: ACLHF) (the "Company", or "ACME") is pleased to announce that it has formed a strategic Advisory Board to provide counsel to ACME's executive management team and Corporate Board of Directors. The initial appointees bring extensive depth and experience in their respective fields and will provide important counsel as ACME develops its lithium projects in the United States and Canada.

Merida Minerals (TSXV:ESPN) is an exploration and development mining company, focused on zinc-copper-lead deposits in Spain. A strong management team leads the company with a combined 80 years of experience leading mining operations in multiple countries, including Spain. Its flagship project contains promising mineralizations that the experienced managers believe are ideal for repeating past successes. Merida Minerals’ focus is growth via new acquisitions and identifying additional assets with potential.

Fortune Minerals Limited (TSX: FT) (OTCQB: FTMDF) (" Fortune " or the " Company ") ( www.fortuneminerals.com ) is pleased to provide a summary of the key highlights from the Cobalt Institute's (" CI ") Cobalt Market Report 2021 (access report here ) released this week. The CI is a trade organization promoting the sustainable and responsible production and use of cobalt with member companies comprised of producers, developers, users, traders, and recyclers of cobalt metals and chemicals. The Cobalt Market Report 2021 confirms cobalt's essential role in diverse industrial applications, and particularly as an enabler of the green economy transition and innovation of rechargeable battery technologies supporting accelerating global electric vehicle (" EV ") sales. Fortune's NICO Cobalt-Gold-Bismuth-Copper Project (" NICO Project ") is a Canadian, vertically integrated, Critical Minerals development and one of the few cobalt assets in the world that can be developed in the timeframe needed to meet today's cathode chemistries in rechargeable batteries used in EV's, portable electronics and stationary storage cells.

Energy Fuels Inc. ( NYSE American: UUUU ) ( TSX: EFR ) ( "Energy Fuels" or the "Company" ) is pleased to announce that it has entered into binding agreements (the " Purchase Agreements ") to acquire seventeen (17) mineral concessions (the " Transaction ") between the towns of Prado and Caravelas in the State of Bahia, Brazil totaling 15,089.71 hectares (approximately 37,300 acres or 58.3 square miles) (the " Bahia Project ").

Energy Fuels - Are we seeing the first signs of ramping up?

Energy Fuels reported 2022-1Q results generally in line with expectations and gave an update on operations. Production and sales remain small (modest Vanadium sales) making bottom line results largely a function of operating costs. A slight increase in operating losses ($10.2m versus $8.8m) and net losses ($14.7m versus $10.9m) reflect additional ramp up costs for UUUU's rare earth element (REE) development and were expected. Development discussions were largely a repeat of the April update. But wait! A uranium supply contract?!?! Management plans to separate REE elements, efforts to access new REE supplies (Monzanite), and its medical isotope recovery partnership. This is all old news. However, management also announced on a call with investors (not in the press release) that it had just signed a uranium supply contract. This is the first contract in several years and a clear sign that the uranium market has improved to a point where UUUU may ramp up production, "perhaps as early as this summer." Read More >>

Energy Fuels Inc. (NYSE American: UUUU) (TSX: EFR) ("Energy Fuels" or the "Company") is pleased to announce that it has entered into binding agreements (the "Purchase Agreements") to acquire seventeen (17) mineral concessions (the "Transaction") between the towns of Prado and Caravelas in the State of Bahia, Brazil totaling 15,089.71 hectares (approximately 37,300 acres or 58.3 square miles) (the "Bahia Project"). Read More >>

Electra Battery Materials Corporation (NASDAQ: ELBM) (TSXV: ELBM) ("Electra") announces that it has updated its at-the-market equity program (the "ATM Program") to issue up to C$20,000,000 (or its equivalent in U.S. currency) of common shares ("Common Shares") in the United States and Canada from time to time, at Electra's discretion. The update is to permit sales of Common Shares under the ATM Program into the United States following Electra's listing on the Nasdaq Capital Market ("Nasdaq") on April 27, 2022 . 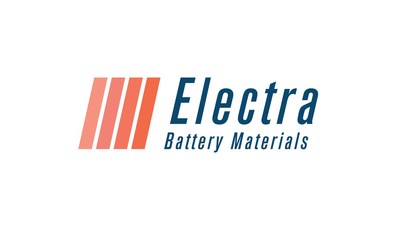 Sales of Common Shares, if any, under the ATM Program in the United States and Canada  will be completed in accordance with the terms of an amended and restated equity distribution agreement (the "Distribution Agreement") dated May 17, 2022 among Electra, CIBC World Markets Inc. (the "Canadian Agent") and CIBC World Markets Corp. (the "U.S. Agent", and together with the Canadian Agent, the "Agents").

Sales of Common Shares through the Agents, acting as agents, will be made through "at the market" issuances on Nasdaq, the TSX Venture Exchange ("TSX-V") or any other trading markets for Common Shares in the United States and Canada at the market price prevailing at the time of each sale, and, as a result, sale prices may vary. The U.S. Agent is not registered as a dealer in any Canadian jurisdiction and, accordingly, the U.S. Agent will only sell Common Shares on marketplaces in the United States and is not permitted to and will not, directly or indirectly, advertise or solicit offers to purchase any Common Shares in Canada . The Canadian Agent may only sell Common Shares on marketplaces in Canada .

Listing of Common Shares sold pursuant to the ATM Program on Nasdaq and TSX-V will be subject to fulfilling all applicable listing requirements.

On behalf of Electra Battery Materials