Norden Crown Metals Corp. is pleased to announce that it has begun diamond drilling at the past producing Fredriksson Gruva which is located on the Gumsberg Property in the Bergslagan Mineral Provice of southern Sweden.   Silver-lead-zinc sulphide mineralization at Fredriksson Gruva is associated with ghanite in garnet-rich metamorphic rocks and is interpreted to belong to the Broken Hill Type mineral deposit …

Norden Crown Metals Corp. ( ” Norden Crown ” or the ” Company “) (TSXV: NOCR) (OTC: BORMF) ( Frankfurt : 03E) is pleased to announce that it has begun diamond drilling at the past producing Fredriksson Gruva (Fredriksson Mine) which is located on the Gumsberg Property in the Bergslagan Mineral Provice of southern Sweden.   Silver-lead-zinc sulphide mineralization at Fredriksson Gruva is associated with ghanite in garnet-rich metamorphic rocks and is interpreted to belong to the Broken Hill Type (BHT) mineral deposit clan, named after the Broken Hill deposit, the largest accumulation of Pb, Zn and Ag on Earth 1 .

“Fredriksson Gruva is a very exciting shallow exploration drilling target” stated Patricio Varas , Norden Crown’s . CEO,  “Broken Hill-Type deposits constitute some of the world’s largest ore deposits and the identification of this style of mineralization on the Gumsberg Licenses considerably increases the potential for a drill discovery.”

Norden Crown’s 3D modeling utilizes drill results that are historical in nature. Norden Crown has not undertaken any independent investigation of the sampling nor has it independently analyzed the results of the historical exploration work to verify the results. Norden Crown considers these historical drill results relevant as the Company will use this data as a guide to plan future exploration programs. The Company also considers the data to be reliable for these purposes, however, the Company’s future exploration work will include verification of the data through drilling. 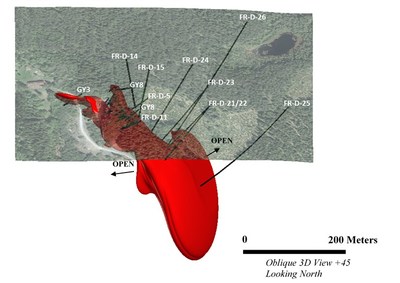 A bout the Gumsberg Project

The strategically situated Gumsberg project consists of six exploration licenses in the Bergslagen Province of southern Sweden totaling over 18,300 hectares, where multiple zones of VMS and related styles of mineralization occur. Silver-rich mineralization at Gumsberg was mined from the 13th century  through the early 1900s, with over 30 historic mines present on the property, most notably the Östra Silvberg Mine which was the largest silver mine in Sweden between 1250 and 1590. Despite its long-lived production history, relatively little modern exploration has taken place on the project. New geologic interpretations, geophysical surveys and reconnaissance drilling have led to the identification of multiple new exploration targets near the historic workings.

Daniel MacNeil , P.Geo, a Qualified Person as defined by National Instrument 43-101 Standards of Disclosure for Mineral Projects , has read and approved all technical and scientific information contained in this news release.  Mr. MacNeil is Vice President Exploration for Norden Crown . 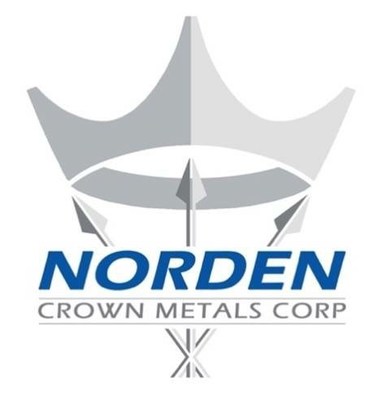