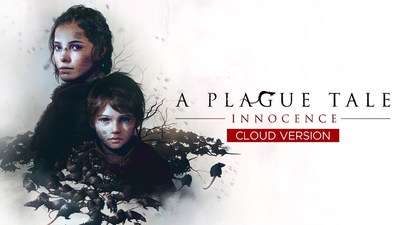 A Plague Tale: Innocence – an award-winning title – has been released in 2019 with positive reviews from critics and players. On 6 th July , Nintendo Switch players in North America , Asia ( Japan , Korea and Hong Kong ) and most parts of EU will be able to play the game by downloading a small activation program about 50MB from Nintendo eShop.

Since the cloud version is rendered by high-end GPUs in the cloud, no matter the pictures are delicate Medieval architectures or swarms of rats, all can be vividly streamed and shown on players’ gaming device, providing a smooth gameplay experience. The players never need to worry about storage limitations or the time spent for downloads; once they are ready with their Nintendo Switch and internet connection, the game is on . This ease of activation and cross-platform nature of cloud game allows developers like Asobo Studio and publishers like Focus Home Interactive to reach a broader user base with minimal development and investment.

“I still get the sinking feeling when I come to the scenes with swarms of rats in the game. It is such a pleasure and excitement to collaborate with the talented team from Focus Home Interactive. We are already looking forward to the next cooperation opportunity in the near future ,” Wesley Kuo , CEO of Ubitus, comments.

Nintendo Switch is a trademark of Nintendo.

Ubitus operates the world’s best GPU virtualization technology and cloud streaming platform, and is dedicated to providing a superior user experience via its advanced technology. As long as users are connected to a broadband network, they can enjoy AAA gaming experience across various devices, such as smartphones, tablets, game consoles, smart TVs, and personal computers.

With its comprehensive GDK (game development kit), Ubitus provides a fast-to-market onboarding solution to support game companies in Japan and overseas, who are interested in cloud gaming. Ubitus partners with telecom carriers, online service providers and game publishers around the world.

Focus Home Interactive is a French publisher based in Paris, France . Known for the quality, diversity and originality of its catalogue, Focus has published and distributed original titles (A Plague Tale: Innocence, Vampyr, Farming Simulator, Call of Cthulhu, Insurgency: Sandstorm, GreedFall, The Surge 2, SnowRunner, Shady Part of Me, Curse of the Dead Gods, Hood: Outlaws & Legends, Warhammer Age of Sigmar: Storm Ground …) that have become benchmark titles worldwide, available both in store and for download across the world. Focus publishes games on all major platforms, consoles and PC. The publisher’s catalogue will get even richer in the coming months and years with eagerly awaited games such as Evil West, Necromunda: Hired Gun, as well as future updates of Hardspace: Shipbreaker.

Asobo Studio is a French video game development company based in Bordeaux, France , founded in 2002. The studio has developed 24 video games so far for both consoles and PC – among which Microsoft Flight Simulator (released Aug. 2020 – 91% Metacritic – 2 million simmers to date, winner of the best sim awards of both 2021 D.I.C.E. Awards and The Game Awards 2020 ), and the multi award-winning adventure A Plague Tale: Innocence ( +1M copies sold, 2019 Outstanding Story-Rich Game. Steam Award, 93% Steam user reviews).

Asobo Studio includes some of the most prestigious worldwide publishers among its partners such as Disney•Pixar, Codemasters, Ubisoft, Microsoft, Focus Home Interactive.

Today, the studio employs about 250 full-time developers who are currently working on Microsoft Flight Simulator live experience, on XR and B2B projects through its dedicated division Holoforge, and A Plague Tale: Requiem, the new instalment in the acclaimed-narrative action-adventure franchise, coming to PC and Consoles in 2022, in partnership with Focus Home Interactive.