Plarium Global LTD a developer and publisher of mobile and PC games with more than 380 million users worldwide, announced today that Tyler “Ninja” Blevins,  one of the most recognizable gaming and entertainment personalities in the world, will become a new playable Legendary Champion in Plarium’s acclaimed turn-based fantasy RPG RAID: Shadow Legends beginning on July 16th . Ninja’s character will be available for …

Plarium Global LTD a developer and publisher of mobile and PC games with more than 380 million users worldwide, announced today that Tyler “Ninja” Blevins,  one of the most recognizable gaming and entertainment personalities in the world, will become a new playable Legendary Champion in Plarium’s acclaimed turn-based fantasy RPG RAID: Shadow Legends beginning on July 16th . Ninja’s character will be available for free to all RAID players on the 7th day of gameplay for three months following the launch of the partnership. 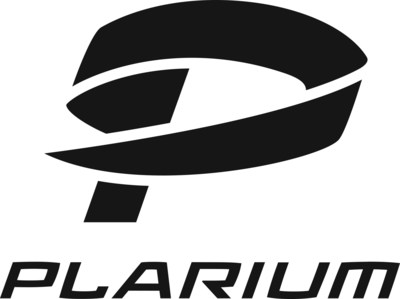 “We are thrilled to have one of the world’s most famous gamers become a part of the RAID canon,” said Noam Sagie , VP of marketing at Plarium. “Ninja isn’t just an amazing addition to our Champions because of his positive impact to the gaming industry—he has his own unique skill sets and special attacks that will be an incredible asset to any player’s roster. Ninja will bring his fans along for the ride as he explores RAID with his new character across a series of exciting livestreams.”

Blevins will reveal details of his Champion during a Twitch livestream taking place on July 19th , including character design influences, statistics, and unique special abilities that players can look forward to using in-game. Ninja joins RAID ‘s 500+ unique champions across 14 different factions, and will be usable in all game modes including the single-player campaign (PVE), Dungeons, the Arena, Faction Wars, Doom Tower and Clan vs. Clan Tournaments. Since its launch in 2018, RAID has amassed 56M players with one million daily active users across all platforms.

“I’m really excited to introduce RAID fans to my Champion, which was designed to match how I’ve always pictured myself in an RPG,” said Blevins. “As my fans know, I love the RPG genre, and to see myself as a fantasy character with my own set of special skills and attributes is awesome!”

RAID: Shadow Legends is available to download on iOS and Android mobile devices, as well as PC through the Microsoft Store or the Plarium Play platform. For more information on Plarium, visit: www.Plarium.com

About Plarium
Plarium Global LTD is dedicated to creating the best mobile and PC experience for its community of over 380 million hardcore and casual gamers worldwide. Our diverse portfolio includes over 20 games ranging from hardcore RPGs to casual adventures, featuring acclaimed titles such as RAID: Shadow Legends, Vikings: War of Clans, Lost Island: Blast Adventure, and the Stormfall franchise. The App Store and Google Play regularly feature our games, with Facebook twice recognizing us as a top hardcore Facebook developer. Plarium employs more than 1,500 specialists at its headquarters and across eight offices and development studios in Europe and the United States . Our games are available on iOS, Android, and PC. They are also available through Plarium Play, our optimized game launcher for PC and Mac players. Plarium was acquired by Aristocrat in October 2017 and operates as a wholly-owned subsidiary. Visit www.plarium.com for more information.