This is no glitch. Trolli has been leveling up snacking since the original Xbox console broke into the gaming world in 2001; and now, to help celebrate the legendary brand’s 20-year anniversary, Trolli is unveiling a series of ‘deliciously dark’ limited-edition packaging this fall inspired by iconic Xbox games. Time to grab some Trolli gummies and get out your controller. “Trolli keeps gamers nationwide fueled up …

– This is no glitch. Trolli has been leveling up snacking since the original Xbox console broke into the gaming world in 2001; and now, to help celebrate the legendary brand’s 20-year anniversary, Trolli is unveiling a series of ‘deliciously dark’ limited-edition packaging this fall inspired by iconic Xbox games. Time to grab some Trolli gummies and get out your controller. 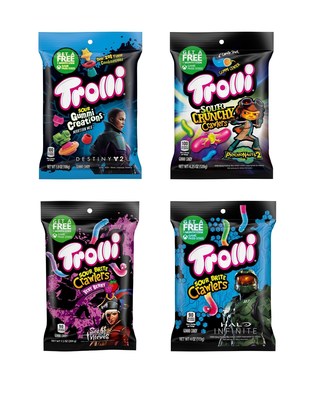 “Trolli keeps gamers nationwide fueled up and ready to tackle that next level, no matter which epic game they might be playing,” said Dave Foldes , Director of Marketing for Trolli. “And we couldn’t be more excited to deliver even more ways for them to enjoy our sour gummies this year with our Xbox 20 th anniversary partnership.”

The Season’s Most Coveted Bags
A bag of limited-edition Trolli sour gummi candy now means a free month of Xbox Game Pass Ultimate for fans coast to coast, valued at $14.99 /month. Xbox Game Pass Ultimate unlocks access to over 100 high-quality games on console, PC, and mobile devices, including day one releases from Xbox Game Studios. With new games added all the time there’s always something to play. Fans can snag the deal with purchase of one of four unique packages inspired by popular games available within the Xbox Game Pass library, available nationwide:

Must-Snag Gaming Prizes
But Trolli’s not hitting “pause” there. Gummi-loving gamers can also enter for a chance to win one of 20 coveted Xbox Series S bundles. The limited-edition bundle comes stocked with a custom Xbox Series S, a matching Trolli-ized controller and three months of Xbox Game Pass Ultimate. Fans can pick up one of the limited edition packs to enter and then dive into the Trolli Xbox Wormhole site at www.2001WormHole.com , where they can embrace their love of Trolli and discover a healthy dose of nostalgia for the earliest days of Xbox by getting lost in a sea of wormified online gaming experiences.

Have one more level in you? Trolli is keeping the gaming celebration going in the months ahead with an exciting Twitch activation of streamer partnerships, as well as through the creation of League Trolli , a community gaming league with $45,000 in cash prizing for members. Gummi-lovers can learn more by following Trolli’s official Twitter for more details.

The limited-edition Trolli packaging will be available at mass, grocery, drug and convenience stores nationwide, as well as online through e-commerce partners. Prices vary depending on pack size. To find out where to purchase, visit Trolli’s product locator and follow Trolli on TikTok , Instagram , and Twitter .

In Spring 2019, Trolli Sour Crunchy Crawlers won the highest-level honor – the “Best in Show Most Innovative Product Award” – at the National Confectioners Association’s (NCA) 2019 Sweets & Snacks Expo. The award was based on a tasting panel of 20 judges comprised of leading retailers, wholesalers, trade media, trend spotters and food industry experts who evaluated more than 300 products before the show. Each product is evaluated based on innovation, taste, packaging and ability to sell.

Ferrara, a related company of The Ferrero Group, is an industry leader in U.S. confections and one of the fastest growing confections companies in the country.

A passionate team of more than 4,000 employees work together to share delight in every bite through leading brands that have shaped the confections market for more than 100 years. Our diverse portfolio of nearly 35 brands includes SweeTARTS®, Trolli®, Brach’s®, Black Forest®, Butterfinger®, CRUNCH®, Laffy Taffy® and NERDS®, along with iconic favorites like Lemonhead®, Red Hots® and Now and Later®. Headquartered in Chicago , the company has an operational network of manufacturing, distribution, and R&D facilities across North America . Learn more at ferrarausa.com . 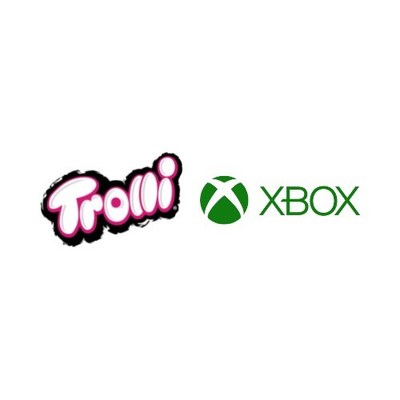