TGS Esports Inc. (" TGS " or the " Company ") (TSXV: TGS) is pleased to announce that, further to its news release of September 1 2020  it has entered into an amalgamation agreement (the " Amalgamation Agreement ") with Pepper Esports Inc. (" Pepper "), a next generation competitive esports platform, and 1271801 B .C. Ltd. (" Subco "), a wholly-owned subsidiary of the Company, pursuant to which the Company will acquire all of the issued and outstanding shares of Pepper by way of a "three-cornered" amalgamation (the " Acquisition ").  As part of the Acquisition, the Pepper executive team, Guy Halford-Thompson, Jackson Warren and Ben Hoffman, who have  a decade of combined experience in growing early-stage companies in the public markets, will join the TGS executive team. 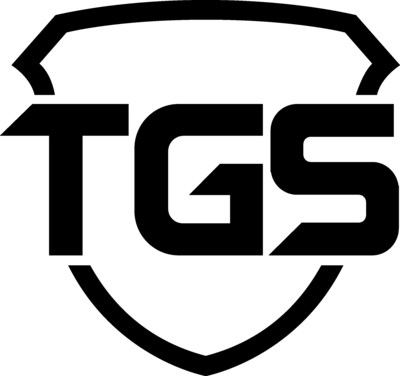 The Pepper platform offers an advanced suite of tools for league operators, tournament operators, and venue owners to effortlessly set up and manage esports communities and run world-class events. These include key innovations, such as automatic game scoring technology, that uses Pepper's patent pending AI engine and saves event organizers hundreds of hours of setup time, live leaderboards which vastly improve player and spectator experiences, a universal ranking system that ranks players across all competitive games, and more.

"The online gaming market has exploded in 2020, with recent stats showing an estimated 2.7 billion gamers across the globe ( https://www.statista.com/statistics/293304/number-video-gamers/ ). The combination of TGS' event expertise and Pepper's leading platform allows us to reach all gamers, regardless of location." said Spiro Khouri , CEO of TGS. "With this acquisition, we are in a unique position to offer an all encompassing esports experience to any tournament organizer, gamer, or company looking to market to this growing demographic."

"Working closely with the TGS team, we are already seeing accelerated interest in the Pepper platform. Being able to offer a full suite of services from integrated streaming to full event management sets us apart from other platforms." said Guy Halford-Thompson , CEO of Pepper. "Now the definitive agreement is in place we can start to execute our plans to scale and grow our platform."

The Acquisition is subject certain conditions including: (i) the receipt of all necessary approvals from the respective shareholders and boards of directors of each of Pepper, the Company and Subco, (ii) the approval of the TSXV) (iii) Pepper shall not have received notices of dissent to the Acquisition from Shareholders holdings more than 5% of the issued and outstanding Pepper Shares, (iv) the employment agreements of Guy Halford-Thompson , Dallas Benjamin Hoffman and Jackson Warren shall have been assumed by the Company (v) there having been no material adverse effect occurring with respect to Pepper or the Company; (vi) Pepper shall have received the consent from the holders of options or warrants to purchase Pepper Shares to the exchange of such securities for equivalent securities to purchase TGS Shares, and (vii) other closing conditions customary for transactions of this nature.

The Acquisition is not a Non Arm's Length Party transaction. A finder's fee is expected to be payable in connection with the Acquisition, subject to the approval of the TSXV, and further details will be provided once available.

Guy and Jackson have worked together since 2016, during which they have had five successful exits, three via acquisition (QuickBitcoin, Bitcoiniacs and Xapcash) and two via public listings (TSXV:BTL, TSXV:DASH). Guy is also a founder and board member of Eli Technologies and Minehub, both of which are due to list in late 2020.

Over the last 4 years, Guy and Jackson have raised over $35m in funding and delivered $500m in investor returns. BTL was founded by Guy, Jackson and Guy's brother in 2015 and was joined by Ben in early 2017. It delivered early investors significant returns by the time Guy and Jackson exited the company in 2018.

Guy, Jackson and Ben have a strong track record of delivering investor value, and believe they have discovered a truly unique and rare opportunity with Pepper.

Pepper is a leading esports platform provider that offers an advanced platform to create and manage communities of players, organizers, spectators and sponsors, all in one place.  By working closely with event organizers and live venue operators over the last two years, Pepper has developed a suite of advanced tools to manage esports communities, run world class esports and operate physical gaming venues.

Certain statements in this release are forward-looking statements, which reflect the expectations of management regarding the Company. Forward-looking statements consist of statements that are not purely historical, including any statements regarding beliefs, plans, expectations or intentions regarding the future, including with respect to: the completion of the Acquisition and the acceptance of the Acquisition and terms thereof by the TSXV, the expected directors and officers of the Company following Closing, the expected benefits of the Acquisition to the Company. Such statements are subject to risks and uncertainties that may cause actual results, performance or developments to differ materially from those contained in the statements, including risks related to factors beyond the control of the Company. The risks include the following: the unknown magnitude and duration of the effects of the COVID-19 pandemic and other risks that are customary to transactions of this nature. No assurance can be given that any of the events anticipated by the forward-looking statements will occur or, if they do occur, what benefits the Company will obtain from them.

This press release is not an offer of the securities for sale in the United States . The securities have not been registered under the U.S. Securities Act of 1933, as amended, and may not be offered or sold in the United States absent registration or an exemption from registration. This press release shall not constitute an offer to sell or the solicitation of an offer to buy nor shall there be any sale of the securities in any state in which such offer, solicitation or sale would be unlawful.