META Grants New Options to Officers, Employees and Consultants  Metamaterial Inc. a developer of high-performance functional materials and nanocomposites, today announced that Jonathan Waldern Ph.D., has joined the Company as Chief Technology Officer . Dr. Waldern brings 25 years of experience in commercialization of holographic and lithographicnanomaterials for display applications. He has pioneered the …

Metamaterial Inc. (“Company” or “META”) (CSE: MMAT) a developer of high-performance functional materials and nanocomposites, today announced that Jonathan Waldern Ph.D., has joined the Company as Chief Technology Officer (CTO). Dr. Waldern brings 25 years of experience in commercialization of holographic and lithographicnanomaterials for display applications. He has pioneered the development of a wide range of displays, scanners, optical components, and active and passive devices for LED and laser illumination. He is an inventor of over 170 patents to date, principally in XR (Extended Reality) display applications. Dr. Waldern joins META from DigiLens, Inc. a company he founded in 2004 and held various positions including Chairman, CTO and CSO. 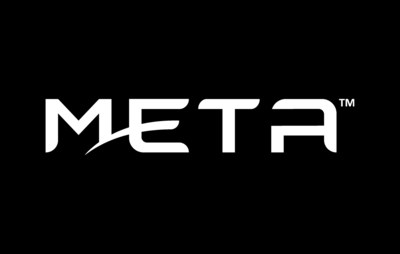 “I was attracted by the potential of META’s transformative and differentiated platform technology that is industry agnostic” said Dr. Waldern. “Using META’s material informatics design approach with my knowledge of the material science and relationships with key global corporations, I can see many high-value growth and differentiated product opportunities, which can generate recurring revenue in the near term. As CTO I plan to champion collaborative innovation and deliver new products in applications such as electric vehicles; transparent 5G antennas, new displays; energy, biosensors, and wearables for healthcare” he added.

Previously, from 1999 through 2020, Dr. Waldern was Founder, Chairman, CTO, and CEO of DigiLens Telecom, which pioneered a new class of DWDM (dense wavelength division multiplexing) optical telecommunications waveguide components. From 1997 to 1999, he was Founder, CTO and CEO of Retinal Displays, which developed a three-element molded aspheric optical lens system for cost-effective consumer wearable displays. From 1990 to 1997, he was Founder CTO and CEO of Virtuality Group, which developed and launched the world’s first production VR (virtual reality) workstations. His research developed new ways to interact with computers. He holds a PhD is Computer Science (Virtual Reality) that was supported by IBM Research Labs, from Loughborough University of Technology.

The Company further announces it has granted 2,480,000 incentive stock options under the Company’s Employee Stock Option Plan (“ESOP”), of which 1,415,000 have been granted to the newly appointed Officers and the remainder to employees and consultants. Each option is exercisable, on or before December 15, 2030 , at an exercise price of CAD$0.62 per share. A portion of the options are subject to certain vesting conditions, all other terms and conditions of the options are in accordance with the terms of the Company’s ESOP.

META is changing the way we use, interact with, and benefit from light and other forms of energy. META designs and manufactures advanced materials and performance functional films which are engineered at the nanoscale to control light and other forms of energy. META is an award winning Global Cleantech 100 company with products that support sustainability by doing more with less; they encompass lightweight, sustainable raw materials and processes which consume less energy and offer more performance. META has a growing patent portfolio and is currently developing new materials with diverse applications in concert with companies in the automotive, aerospace, energy, consumer electronics and medical industries. META is headquartered in Halifax, Nova Scotia and has R&D and Sales offices in London, UK and Silicon Valley. For additional information on META, please visit www.metamaterial.com

This release includes forward-looking information within the meaning of Canadian securities laws regarding the Company and its business, which may include, but are not limited to, statements with respect to the business strategies, product development operational activities of the Company, commercialization of the Company’s products including delivery of products in applications such as electric vehicles, transparent 5G antennas, new displays, energy, biosensors, and wearables for healthcare, the potential continued listing on the NASDAQ and the benefits thereof. Often but not always, forward-looking information can be identified by the use of words such as “expect”, “intends”, “anticipated”, “believes” or variations (including negative variations) of such words and phrases, or state that certain actions, events or results “may”, “could”, “would” or “will” be taken, occur or be achieved. Such statements are based on the current expectations and views of future events of the management of the Company, and are based on assumptions and subject to risks and uncertainties. Although the management of the Company believes that the assumptions underlying these statements are reasonable, they may prove to be incorrect. The forward-looking events and circumstances discussed in this release may not occur and could differ materially as a result of known and unknown risk factors and uncertainties affecting the companies, including risks regarding the ability of the parties to close the proposed transaction with Torchlight, the continued listing by the NASDAQ, risks regarding the technology industry, market strategic and operational activities, and management’s ability to manage and to operate the business. Although the Company has attempted to identify important factors that could cause actual actions, events or results to differ materially from those described in forward-looking statements, there may be other factors that cause actions, events or results to differ from those anticipated, estimated or intended. Accordingly, readers should not place undue reliance on any forward-looking statements or information. No forward-looking statement can be guaranteed. Except as required by applicable securities laws, forward-looking statements speak only as of the date on which they are made and the Company does not undertake any obligation to publicly update or revise any forward looking statement, whether as a result of new information, future events, or otherwise.

The CSE has neither approved nor disapproved the contents of this news release.