This Elevate Uranium profile is part of a paid investor education campaign.*

As decarbonization and electrification continue to develop around the world, carbon-free nuclear power is required to achieve both changes. Why is this the case? It’s simple—nuclear power produces zero carbon emissions, prevents air pollution, spans a smaller land footprint and produces minimal waste.  Nuclear power is central to the clean energy movement. As a result, the uranium market presents an exciting opportunity for investors seeking to capitalize on the clean energy movement.

Elevate Uranium Limited (ASX:EL8) is an Australian mineral exploration and development company specializing in identifying, exploring and acquiring highly prospective uranium projects in Australia and Namibia. The company is the largest tenement holder for uranium in Namibia, which is the fourth-highest uranium-producing country in the world as of 2019. The company is backed by a management team with over 60 years of experience in the uranium sector and a proven track record in the exploration and development of various mining projects. 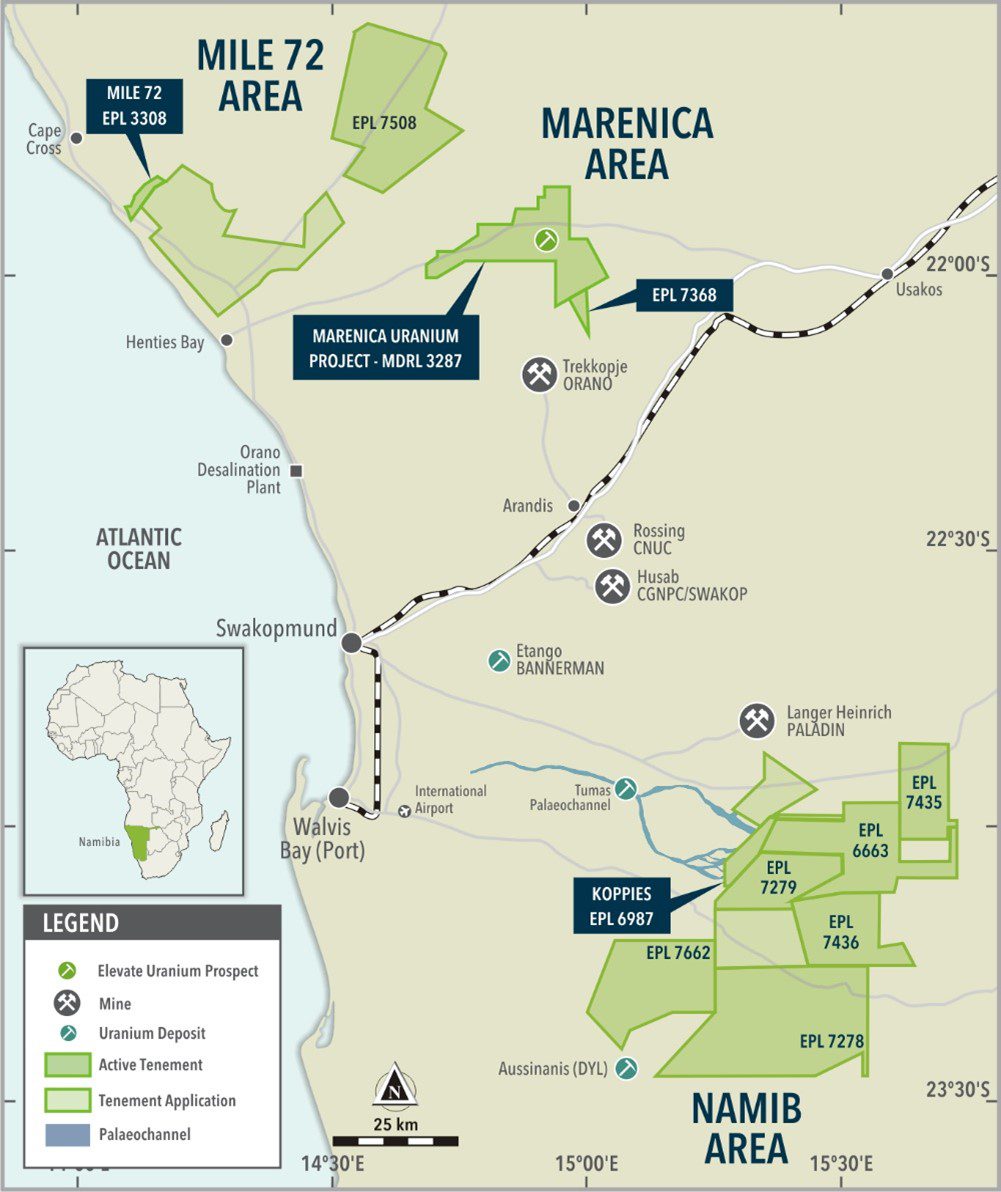 Elevate Uranium has uranium projects in Namibia and Australia. In Namibia, the company has three areas of interest, the Namib Area, Marenica Area and Mile 72 Area.  The Namib Area contains the recent discoveries of Koppies and Hirabeb, while the Marenica Area contains the 61 million pound Marenica Uranium Project JORC resource. Meanwhile, in Australia, the company has the Angela, Thatcher Soak, Minerva and Oobagooma projects, as well as the Bigrlyi, Walbiri and Malawiri joint venture projects.

“There are two things that excite us. First is the uranium market and where nuclear energy is headed. The second thing is what we can control, and that is what we’re doing. We’re aggressively exploring. We’ve got multiple projects, we’re geographically diverse, and we stand out from our peers because we have U-pgradeTM,” said Elevate Uranium CEO Murray Hill.

The company’s fully-owned and patented breakthrough U-pgradeTM is a beneficiation process developed in collaboration with CSIRO that could provide Elevate Uranium with a significant competitive advantage. U-pgradeTM enables the removal of non-uranium bearing minerals by rejecting more than 95 percent of the mass of mined ore. U-pgradeTM allows Elevate Uranium to capitalize on exploration opportunities by potentially reducing overall capital and operating expenditures by 50 percent. Additionally, U-pgradeTM provides potential environmental benefits. The company expects that U-pgradeTM will apply to all of its assets. 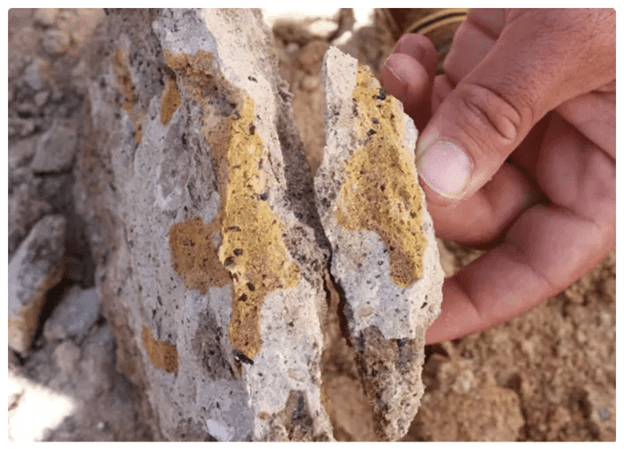 Elevate Uranium’s notable Marenica project in Namibia has a resource estimate of 61 million pounds at 93 ppm of uranium. U-pgradeTM has demonstrated to increase the Marenica project ore grade from 93 ppm to approximately 5,000 ppm of uranium, thus reducing overall costs and increasing value. Elevate Uranium’s projects in Australia have estimated JORC resources of 48 million pounds of uranium, with grades as high as 1,310 ppm in the Angela project.

In July 2021, the company received results from an airborne electromagnetic survey completed on its Namib Area tenements, which has identified an extensive network of palaeochannels.  The Company will design and undertake drilling programs to physically confirm the existence of the palaeochannels and determine the grade of uranium mineralisation.  Due to the large and extensive area of these palaeochannel systems, the drilling programs are expected to continue into 2022.

Elevate Uranium is a proud sponsor of Vultures Namibia, which is a conservation initiative for preserving the endangered lappet-faced vultures. The company provides satellite GPS tracking on fledgling vultures for the protection program and is committed to fostering change.

The company also possesses a strong financial structure. Elevate Uranium has 228 million shares issued and 31 million options issued, with a market capitalization of $75 million. Elevate Uraniu  has $4.8 million in cash on hand and does not have any debt.

Elevate’s Namibian projects are located in the Erongo region.  Namibia is a country with a long history of uranium mining, has a supportive government and a highly experienced local workforce. The area has access to infrastructure, including a seaport, international airport, road, rail, water and power.

In 2019, drilling on the property confirmed shallow near-surface mineralization at less than 20 meters in depth with uranium grades as high as 7,060 ppm only 1 meter below the surface. Drilling results also indicated expected grade ranges of 300 to 350 ppm of uranium. The paleochannel area on the property is 6.4 square kilometres.

The Koppies project is ready for resource drilling. The company estimates that it will take three months with a single rig to complete sufficient drilling to estimate a JORC resource. 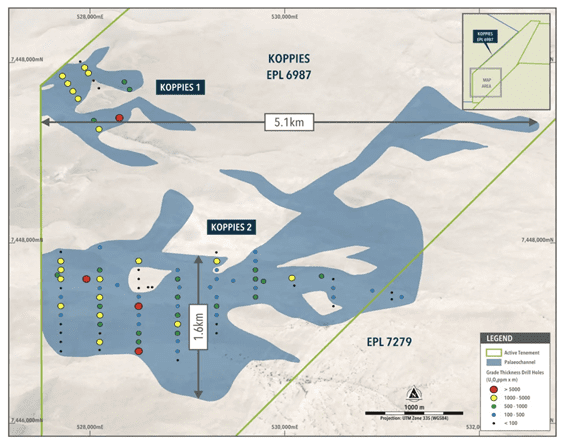 Exploration on the property has identified an extensive palaeochannel system extending more than 44 kilometers, which is longer than the width of the English Channel. Uranium mineralization has also been intersected over a distance of 30 kilometers within the paleochannel. 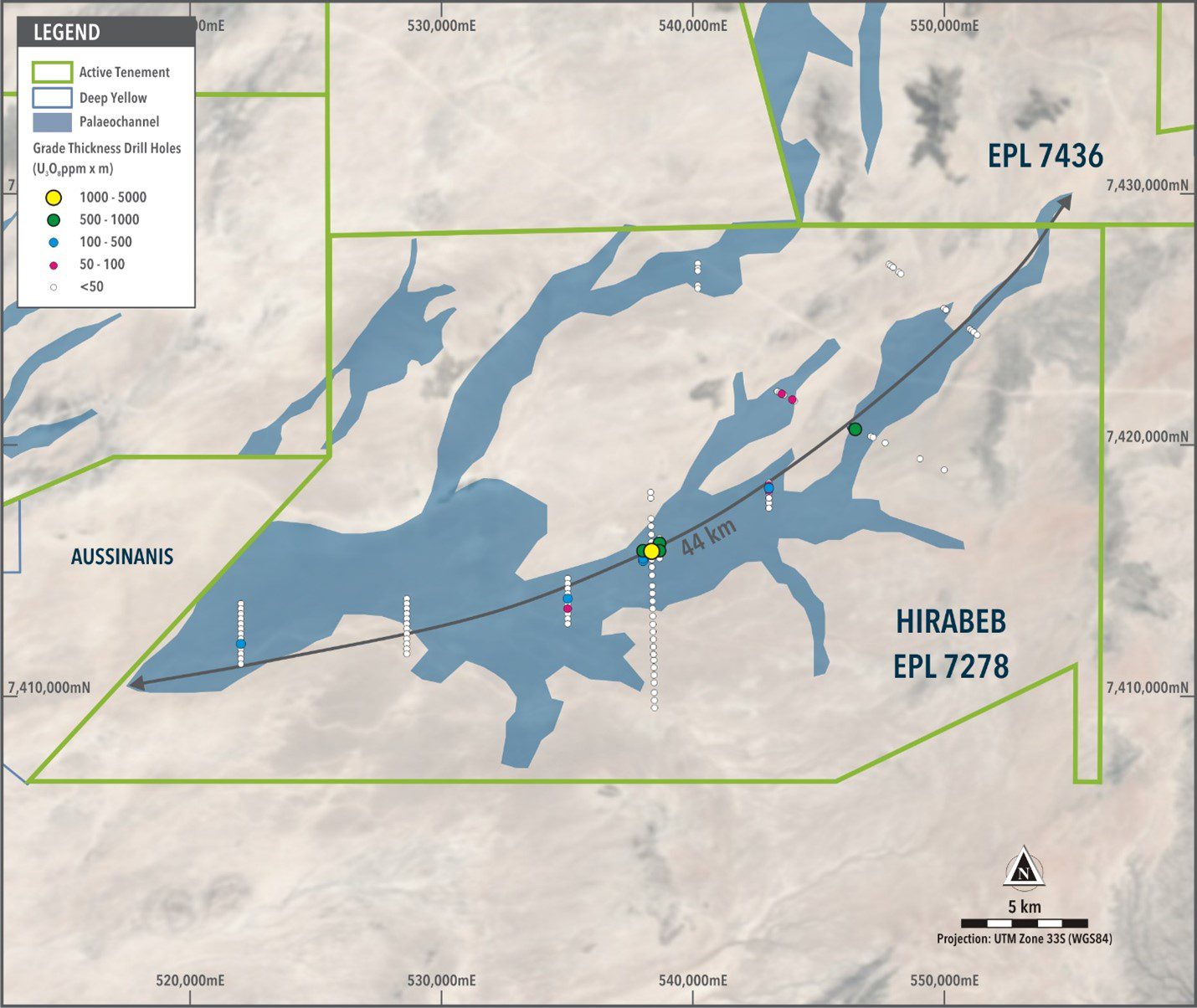 The project adjoins and is located northeast of the Hirabeb project and is southwest of the Koppies project.

The company is currently in the process of drilling on the Namib IV project.

The Marenica project has a JORC resource of 61 million pounds at 93 ppm uranium. The mineralization on the 321 square kilometre property is calcrete-hosted uranium which was used to develop Elevate’s U-pgradeTM process. A scoping study conducted on the project found that the value of the project increased substantially when using the U-pgradeTM process.

The property is located on the same palaeochannel system as Orano’s Trekkopje Uranium Project. Marenica is also located 60 kilometers north of the Rossing Uranium mine which is a world-class mine that has operated continuously since 1976. 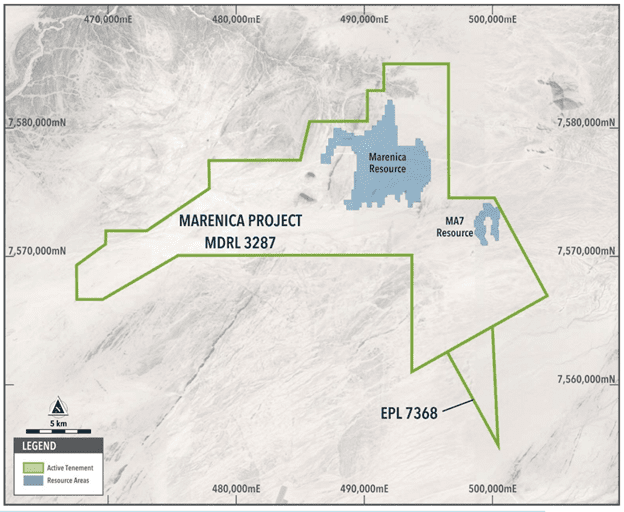 The company believes that the property has the potential to host a surficial uranium resource.

The Angela project is located in the Amadeus Basin in the Northern Territory of Australia. The property is located approximately 25 kilometers south of the town of Alice Springs. The mineralization is a sandstone-hosted roll-front style uranium deposit. 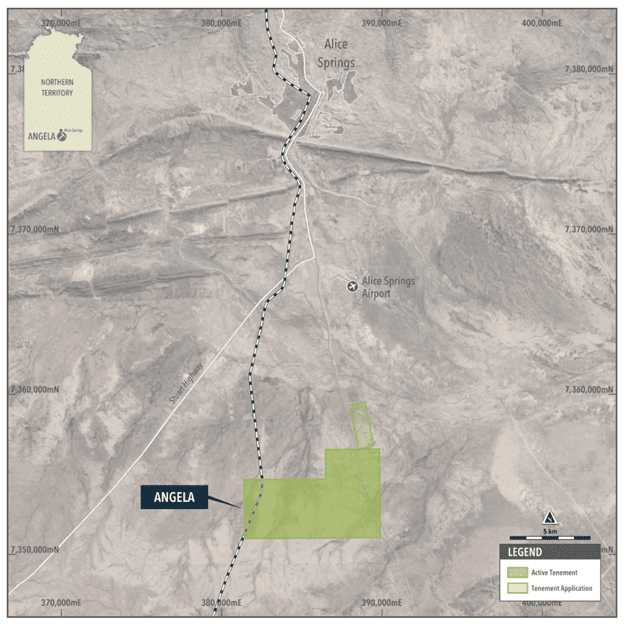 The Thatcher project is located in the Yilgarn province of Western Australia. The project has road access and is located approximately 160 kilometers northeast of the town of Laverton. The project is a calcrete-hosted uranium deposit similar to the nearby Yeelirrie, Lake Way, Centipede and Lake Maitland deposits.

The inferred mineral resource on the property is 10.9 million pounds at 425 ppm of uranium. Thatcher Soak’s calcrete deposit is mostly less than 10 meters below the surface.

Thatcher Soak is fully owned by Elevate Uranium. The company believes that the property has the potential to benefit substantially from U-pgradeTM. 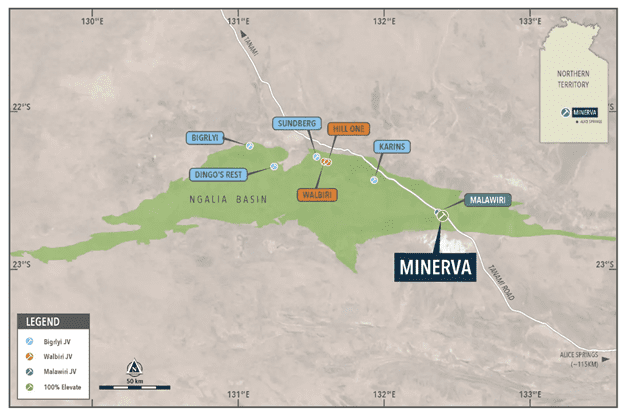 The Minerva project is fully owned by Elevate Uranium.

From 1983 to 1986, the property was explored by a previous owner. Exploration and drilling of 40,536 meters revealed extensive zones of uranium mineralization.

The Bigrlyi project is a joint venture located in the Ngalia Basin in the Northern Territory of Australia. It is located approximately 320 kilometers northwest of Alice Springs. The deposit is a sandstone-hosted roll-front type uranium deposit.

The Walbiri project is a joint venture located in the Ngalia Basin in the Northern Territory of Australia. The project contains a sandstone-hosted roll-front type uranium deposit.

The property contains a mineral resource estimate of 15.5 million pounds at 641 ppm of uranium.

The Malawiri project is a joint venture located in the Ngalia Basin in the Northern Territory of Australia. The project contains a sandstone-hosted roll-front type uranium deposit.

The property contains a mineral resource estimate of 1.2 million pounds at 1,288 ppm of uranium.

Murray Hill is a respected metallurgist with extensive experience in all facets of the mining industry, including testwork, engineering design, process plant commissioning and operating. Hill is an innovative thinker who has made a positive impact on operations throughout his career. For 11 years before joining the company, he operated his own business providing metallurgical consulting services to the mining industry around the world, including a range of uranium projects. Hill is the champion of the U-pgradeTM process.

Shane McBride has 38 years of commercial management experience gained in listed Australian public companies incorporating the disciplines of corporate management, project development and mine site operations management, management and financial accounting, corporate finance, investor relations and company secretarial functions. McBride has been intimately involved with exploration, development, scoping and pre-feasibility studies and financing activities. McBride is a Fellow of CPA Australia, Fellow of Governance Institute of Australia and the Chartered Governance Institute; and is a member of the Australian Institute of Directors. McBride has been working in the uranium mining industry for 12 years.

Andrew Bantock is a senior managing director of the international corporate advisory firm FTI Consulting where he co-leads the Australian Mining and Mining Services Practice. Andrew has operated as CFO, chairman and CEO as well as director of the international, public, government sector and private corporations. His previous roles include CFO of Glencore Xstrata Plc’s Australian nickel business; director of WA Water Corporation where he also chaired the audit committee; and chairman, CEO and corporate director of an ASX-listed multi-commodity minerals exploration group. Bantock was also the finance director of ASX- and NZSE-listed GRD Ltd, owner of New Zealand’s largest gold miner and GRD Minproc (now part of AMEC Foster Wheeler), a world-class mining construction and development engineer. He has developed a reputation for building and improving companies over his 30 years in business. Bantock has been involved in the uranium mining industry for 8 years.

Nelson Chen is a director of Hanlong Resources Limited and a chartered accountant in Australia. He holds postgraduate degrees in finance and accounting. Before joining Hanlong, Chen spent over 11 years with PricewaterhouseCoopers’ Sydney office, in their audit and M&A advisory practice. Chen served on the board of Australia China Business Council, NSW for over six years. Chen has been involved in the uranium mining industry for 11 years.

Stephen Mann is a geologist and corporate leader with a wealth of experience in the discovery, development and commercialization of mining assets over three decades, including 17 years in senior roles in the uranium sector. Mann’s uranium experience includes 12 years as Australian managing director of Orano, the world’s third-largest uranium producer. At Orano, Mann led a sustained program of corporate improvement and active exploration. Mann also represented both Orano and Cameco on the board of publicly listed ERA Ltd. Mann was also owner and operator of the Ranger Uranium Mine in the Northern Territory of Australia. Mann was involved in the negotiations and sale of these two companies’ stakes in ERA, to Rio Tinto. Mann later co-founded and floated ASX-listed U3O8 Ltd, where he led the discovery of the Dawson-Hinkler calcrete-hosted uranium deposit in Western Australia, before negotiating its sale to Toro Energy Limited.

The information contained here is for information purposes only and is not to be construed as an offer or solicitation for the sale or purchase of securities. Readers should conduct their own research for all information publicly available concerning the company. Prior to making any investment decision, it is recommended that readers consult directly with Elevate Uranium and seek advice from a qualified investment advisor.