Dominican Gamers League® announced Monday that Scuti CEO and Founder, Nicholas Longano has taken the helm as league commissioner. Previously the Vice President of Vivendi-Universal’s Gaming Division and current CEO of Scuti ™, Longano brings a wealth of game, player, and brand experience to the company. His robust knowledge will allow DGL® to tackle its ambitious launch plan and position itself as the major …

– Dominican Gamers League® announced Monday that Scuti CEO and Founder, Nicholas Longano has taken the helm as league commissioner. Previously the Vice President of Vivendi-Universal’s Gaming Division (working with Blizzard, Valve and Universal Interactive), and current CEO of Scuti ™, Longano brings a wealth of game, player, and brand experience to the company. His robust knowledge will allow DGL® to tackle its ambitious launch plan and position itself as the major league of ‘cross-gaming’ in the Dominican Republic . 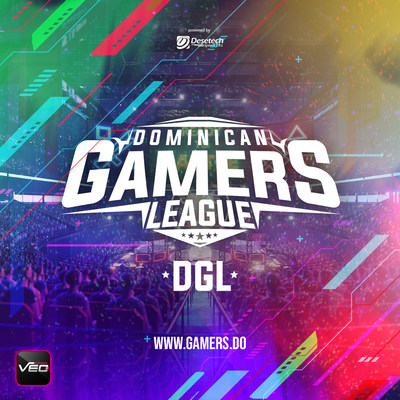 Desechenes, the league’s owner explained the following on DGL’s new format: “I am not a gamer, I am a show producer ” says Tristan Desechenes, CEO and Founder of DGL. “I produce shows like ‘The Voice’, which has led number 1 ratings and trends for a very long time. I know how to produce; I know how to entertain and I know how to bring to life a “show” for eSports fans. Sports audiences want to be entertained, engaged, and get closer to the players.  We also believe they want diversity and range in their sport and to see gamers compete across a wide array of games.”

“The current production of eSports events are phenomenal and we owe everything to the pioneers who created them.  The Dominican Gamers League is going to take a hybrid approach; one which is closer to the model we see with major sports leagues such as NFL, NBA, MLB, and NHL, mixed with the dynamic challenges of CrossFit.”

With traditional sports leagues, teams select their players once a year through a draft and audiences build familiarity with each player.  Each team and its players represent a city or region and their respective communities, with professional leagues drawing their talent from the amateur masses.  It’s this formula which provides a kindred connection to a team”.

In this spirit DGL will form local teams, have weekly exhibition matches broadcast by professional commentators, streamed directly from its 4D virtual sets, including pre and post shows.  In DGL events players will demonstrate their range of skill from casual games to FPS, Racing, RTS etc, rather than just one game. The ambition is to nurture the next generation of ‘CrossGame’ super-champions.

DGL will be powered by a world-class streaming platform capable of serving millions of HD connections and its proprietary blockchain-lite technology which will bring together, players, blockchain and NFTs. All players, from amateurs to professionals will have their lifetime gaming performance and rankings recorded on the blockchain.

“DGL® seeks to build a world class league with players competing across multiple game genres and audiences being entertained in a manner Tristan Desechenes knows best”, said Longano, “Scuti is excited to be working with the DGL and will provide the next level of audience engagement through our platform, brand partners and rewards program.  We will give audiences the ability to ‘watch and purchase’ for the first time ever. It is an honor to have been chosen to be DGL®’s new commissioner and both myself and Scuti are excited to help build this new CrossGame league”.

In order to fulfil its plan for 2021 and 2022, DGL® also hired licensed CPA and leading entertainment CFO, Rempsy DeLeon (Former Deloitte and KPMG Auditor) who was instrumental in the funding of Desechenes’ previous projects. With over 20 years’ experience in corporate finance auditing and a proven track record, DeLeon opens capital markets and brings the highest level of credibility to DGL®’s future funding rounds.

“I am very pleased to join DGL®, which has now signed agreements with key sponsorship partner to enable us to realize our business goals , says Rempsey DeLeon, CFO of DGL. “I am particularly looking forward to working with our funding partners to explore new initiatives through local incentives. The size infrastructure behind the league that has been put in place over a short time is a testament to the leadership from Nicholas and Tristan which has inspired myself and the rest of the team to finish 2021 with a new vision for DGL®.”