The Princeton Review ® — known for its education services and school rankings in dozens of categories — today released its 12 th annual ranking lists naming the top 50 undergraduate and top 25 graduate schools offering game design programs. For the fourth year in a row, the University of Southern California in Los Angeles earned the #1 spot on the undergraduate list. The University of Central Florida in Orlando … 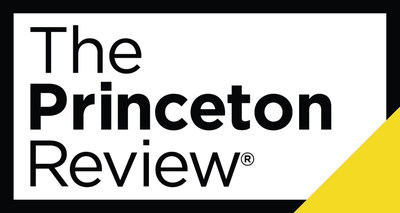 The Princeton Review has posted the complete ranking lists on its website at Top Schools For Game Design 2021 . (The 10 top schools on each list are below.)

The Princeton Review chose the schools based on its 2020 survey of administrators at 150 institutions in the U.S., Canada , and abroad offering game design courses, majors, or degree programs. The 50-question survey collected information on everything from the schools’ course offerings to the starting salaries of their graduates. It covered four areas: academics, faculty, technology, and career prospects. In all, the company analyzed more than 40 survey data points to tally the ranking lists. Information about the ranking methodology is here .

“The schools on our 2021 lists all offer standout programs for students considering careers in game design,” said Rob Franek , The Princeton Review’s Editor-in-Chief. “Their faculties are superlative. Their facilities are state-of-the-art. Their alumni include many of the video game industry’s most prominent artists, designers, developers, and entrepreneurs.”

Franek also noted the exceptional experience that students enrolled in the schools’ game design programs attained last year. At the 50 undergraduate and 25 graduate schools on The Princeton Review’s 2021 lists:

PC Gamer , a monthly magazine and website published by Future PLC , has been The Princeton Review’s reporting partner on this project since 2013. The magazine’s May issue has a six-page feature on the project titled “The Best Schools for Aspiring Game Developers.” It lists the schools that made the 2021 ranking lists and notes interesting stats and fun facts on their graduates, faculty, and alumni. The May issue lands on newsstands today.

The Princeton Review’s website feature on this project has in-depth profiles of the schools with information on their admission deadlines and requirements, most noteworthy programs and facilities, guidelines for financial aid applications, and more. The site also gives prospective applicants advice and inspiration from school sources. Among the featured articles are:  “What to Look for in a Game Design School,” and “Success Stories from Game Design Alumni.”

The top 10 schools on The Princeton Review’s list of Top 50 Undergraduate Schools for Game Design for 2021 are:

The top 10 schools on The Princeton Review’s list of Top 25 Graduate Schools for Game Design for 2021 are:

The Princeton Review has reported its ranking lists of top schools for game design annually since 2010. The company also reports annual rankings of the best undergraduate and graduate schools for entrepreneurship studies; of college, law, and business schools in dozens of categories; and of online degree programs in education, library science and nursing.

About The Princeton Review
The Princeton Review ® is a leading tutoring, test prep, and college admission services company. Every year, it helps millions of college- and graduate school–bound students achieve their education and career goals through online and in-person courses delivered by a network of more than 4,000 teachers and tutors, online resources, and its more than 150 print and digital books published by Penguin Random House. The company’s Tutor.com brand is one of the largest online tutoring services in the U.S. It comprises a community of thousands of tutors who have delivered more than 20 million one-to-one tutoring sessions. The Princeton Review is headquartered in New York, NY . The Princeton Review is not affiliated with Princeton University . For more information, visit PrincetonReview.com and the company’s Media Center . Follow the company on Twitter ( @ThePrincetonRev ) and Instagram ( @theprincetonreview ).

About Future PLC
Future is a global platform business for specialist media with diversified revenue streams. Its content reaches 1 in 3 adults in both the U.K. and the U.S. The Media division is high-growth with three complementary revenue streams: eCommerce, events, and digital advertising including advertising within newsletters. It operates in a number of sectors including technology, games, music, home interest, hobbies, and B2B and its brands include Truly, TechRadar, PCGamer, Tom’s Guide, Android Central, Homebuilding & Renovating Show, GamesRadar+, The Photography Show, Top Ten Reviews, Live Science, Guitar World, MusicRadar, Space.com and Tom’s Hardware.