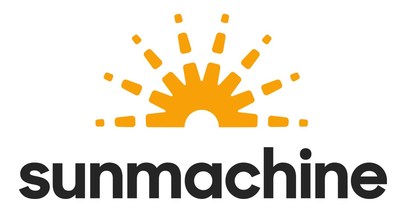 The high-quality, fun-filled casual mobile game begins with players selecting “Team Godzilla” or “Team Kong” as their chosen character before entering the “Titan Battlegrounds.” Players must smash objects, dash through mayhem, and grow BIG to advance through each level, all while completing daily objectives to earn new characters and skins, collecting power-ups to boost their score, and challenging the Kong and Godzilla Bosses to get BIG points and crush opponents on the leaderboards. To learn more or download the game, please visit playgobig.com .

Go BIG! feat. Godzilla vs. Kong is the first major installation of Go BIG!, designed and developed by Vancouver -based video game studio Sun Machine Entertainment. Created to be “the most fun two minutes of your day,” the casual-action “smash, dash and grow” gameplay of Go BIG! lends itself to other game genres which the team at Sun Machine will be developing next. With its broadly appealing gameplay, captivating characters, and dynamic world, Go BIG! was designed for seamless collaboration with compelling IP such as Godzilla vs. Kong .

“This is one of the deepest collaborations we have done in a casual mobile game for the film Godzilla vs. Kong , and we couldn’t be happier with Sun Machine’s portrayal,” commented Legendary Entertainment’s Sam Rappaport , Director of Interactive Media. “We had numerous meetings with Sun Machine’s development team along the way and, having played the game firsthand many times, we are very happy with the final product. Go BIG! feat. Godzilla vs. Kong is non-stop action and pure fun, bringing a playful element to the iconic Kong and Godzilla Titans not yet seen before. We believe fans of the Monsterverse franchise and even those who haven’t yet seen the films will love this game.”

“The opportunity to partner with the team at Legendary Entertainment and collaborate on the iconic IP of Godzilla vs. Kong has been an absolute honor,” commented Wil Mozell , CEO of Sun Machine. “The Go BIG! universe was created to support IP partnerships, and the Godzilla vs. Kong collaboration has definitely exceeded our expectations. The soft launch of Go Big ! feat. Godzilla vs. Kong is just the beginning, as we have more exciting features and content to deliver to players over the next few months. We can’t wait for the millions of fans of Godzilla vs. Kong around the world to play our game.”

About Godzilla vs. Kong

This year Warner Bros. Pictures and Legendary Pictures delivered the long-awaited showdown between two icons in the epic adventure Godzilla vs. Kong , starring Alexander Skarsgård, Millie Bobby Brown , Rebecca Hall , Brian Tyree Henry , Shun Oguri , Eiza González, Julian Dennison , with Kyle Chandler and Demián Bichir. Adam Wingard directed the film from a screenplay by Eric Pearson and Max Borenstein , story by Terry Rossio and Michael Dougherty & Zach Shields , based on the character “Godzilla” owned and created by TOHO CO., LTD. Legends collide in Godzilla vs. Kong as these mythic adversaries meet in a spectacular battle for the ages, with the fate of the world hanging in the balance.  Kong and his protectors undertake a perilous journey to find his true home, and with them is Jia, a young, orphaned girl with whom he has formed a unique and powerful bond. But they unexpectedly find themselves in the path of an enraged Godzilla, cutting a swath of destruction across the globe. The epic clash between the two titans—instigated by unseen forces—is only the beginning of the mystery that lies deep within the core of the Earth. Warner Bros. Pictures and Legendary Pictures Present a Legendary Pictures Production, A Film By Adam Wingard , Godzilla vs. Kong .

Legendary Entertainment is a leading media company with film (Legendary Pictures), television and digital (Legendary Television and Digital Media) and comics (Legendary Comics) divisions dedicated to owning, producing and delivering content to worldwide audiences. Legendary has built a library of marquee media properties and has established itself as a trusted brand which consistently delivers high-quality, commercial entertainment including some of the world’s most popular intellectual property. In aggregate, Legendary Pictures-associated productions have realized grosses of more than $18 billion worldwide at the box office. To learn more visit: www.legendary.com