Glytch Gear announces it has hit two significant milestones within the first two weeks of going live with its equity crowdfunding campaign for Glytch® Battle Stations ™ powered by Alienware®. It has raised over $100,000 selling its Series A equity to the crowd. It has received pre-orders for more than fifty of the esports desks. The Glytch Battle Station was invented to help Esports Arenas, Popups and Stadiums …

– Glytch Gear announces it has hit two significant milestones within the first two weeks of going live with its equity crowdfunding campaign for Glytch® Battle Stations ™ powered by Alienware®.

The Glytch Battle Station was invented to help Esports Arenas, Popups and Stadiums run their events much more efficiently. Battle Stations contain Alienware motherboards, Nvidia graphics cards, and can fold, stack, and be stored away in containers.

The Glytch Battle Station is a flexible esports desk with an embedded Alienware Aurora motherboard and Nvidia GeForce RTX graphics card. It was invented to help Esports Arenas, Popups and Stadiums run their events much more efficiently.

“We made something we would use. Something that would solve the setup and breakdown problems of large-scale gaming events. Setting up a battle royale tournament can takes hours instead of days,” said Kate Raphael , President of Glytch Gear.

Pre-orders for Battle Stations came from two professional LAN-Center operators, one in Las Vegas and another in Virginia , validating that Glytch Gear can enhance the way esports tournaments are conducted.

“By reaching this crucial $100K milestone so quickly, our decision to go the Reg CF route, allowing any gamer over the age of 18 to invest without having to be an accredited investor, demonstrates the pent-up demand of the gaming community to play in battle royale style tournaments. This rapid enthusiasm has surprised even us and we love these desks!”

Glytch Battle Stations are tournament grade and configurable into all varieties of team sizes, such as 4v4, 5v5, and 6v6. Utilizing top-of-the-line Alienware hardware ensures that each participant is using the same equipment when competing, safeguarding the event’s integrity.

Enacted in 2012, the Jumpstart Our Business Startups Act (“JOBS Act”) was passed to encourage funding of small businesses and ease the securities regulations.

To learn more about Glytch Gear and to become an owner, visit OwnGlytchGear.com

About Glytch Gear:
Glytch Gear is a leading creator of esports and gaming hardware, software and accessories to serve the growing community of global gamers. The company was founded as a joint-venture between parent company Glytch, Inc ., a leading developer of location-based entertainment & esports stadiums along with the owners of Cornerstone . 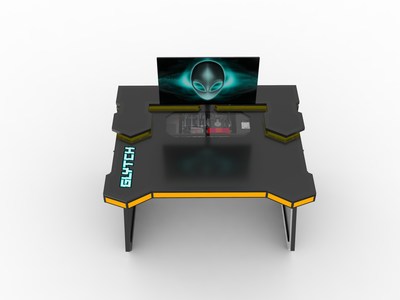 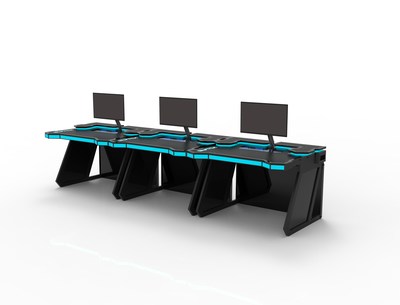