With the addition of Reciprocity, an established global gaming and esports brand, GameSquare now owns assets in the United States of America, Europe, Asia and Latin America, all large and rapidly growing global markets. The Transaction provides expanded access to important gaming and esports markets by complementing GameSquare's operations in Europe through the Company's subsidiary, Code Red Inc. (" Code Red "), The Authentic Esports Agency , with the Gaming Community Network (" GCN "), based in Los Angeles. As further described in a press release dated November 25, 2020, the combination of GameSquare and Reciprocity is expected to significantly increase the revenue profile of the combined entity and to result in a high growth company that generates positive EBITDA in the twelve months following the Effective Date (defined below). Please see the Company's press release dated January 4, 2021 for more information about the arrangement agreement dated December 31, 2020 that was entered into by GameSquare and Reciprocity in connection with the Transaction (the " Arrangement Agreement ") and the press releases dated January 12, 2021 and February 23, 2021 for more information about the Transaction, which are available on the Company's profiles at www.sedar.com and www.theCSE.com.

"The esports market offers tremendous opportunity for companies that have the right experience and access to capital, and GameSquare is extremely well-positioned for growth," said Justin Kenna, CEO of GameSquare. "We have been hard at work integrating Reciprocity and GameSquare in anticipation of the transaction closing so we are confident the team in Los Angeles can hit the ground running. They are experienced, hungry, and motivated to grow GCN as a full-service marketing and media group, and GCN has shown that it can bridge the gap between gaming communities and global brands seeking to reach the lucrative esports demographic. We strongly believe that agencies that authentically connect global brands to gaming and esports enthusiasts are well positioned for meaningful growth as the industry sees increasing marketing spend diverted towards this important new form of entertainment. GCN and Reciprocity's teams in Asia and Latin America are great additions to our platform as we build a leading international gaming and esports organization. We expect to be able to announce meaningful contracts in the immediate term as GCN deploys capital to accelerate the growth of its business while also ensuring profitability remains a priority."

"GameSquare and Reciprocity makes strategic sense for a number of reasons, including an immediate gain in scale and expansion of the organization's footprint to the largest and most important gaming and esports markets," added David Fawcett, CEO of Reciprocity. "I believe that we have an opportunity to accelerate organic growth while achieving positive EBITDA, which is unique within the gaming and esports industry. The sales pipeline at GCN is robust and gives me a high degree of confidence that Reciprocity can achieve its growth targets and become a business with meaningful market share in a multi-billion dollar industry. Further, I believe that the combination of the two businesses further enhances the Company's profile which helps to attract top tier clients and talent to GCN, Code Red and to GameSquare."

The Transaction is an arm's length transaction for the purposes of the policies of the Canadian Securities Exchange (the " CSE ") and was structured as a plan of arrangement. GameSquare did not pay any finder's fees in connection with the Transaction. The Company is preparing and intends to make publicly available a business acquisition report (as that term is defined in National Instrument 51-102 – Continuous Disclosure Obligation (" NI 51-102 ")) for the Transaction in accordance with the timelines set out in NI 51-102.

With the completion of the Transaction, the Company has satisfied the escrow release conditions pertaining to its $7 million offering of subscription receipts that closed on March 4, 2021 (the " Offering "). The Company has designated March 18, 2021 to be the escrow release date for the Offering, on which: (i) each subscription receipt shall be automatically exercised, without payment of additional consideration on the part of the holder, into one unit of the Company comprised of one Common Share and one-half of one Common Share purchase warrant (each whole warrant, a " Warrant "), and (ii) the net proceeds of the offering shall be released to the Company by the escrow agent.

Each Warrant will be exercisable to purchase one Common Share at an exercise price of C$0.60 for a period of 36 months from the escrow release date, subject to a warrant acceleration right.

The Company plans to use the net proceeds from the Offering to advance business operations in North America and Europe and for general corporate purposes. Please see the Company's press release dated March 4, 2021 for more information about the Offering, which is also available on the Company's profiles at www.sedar.com and www.theCSE.com.

GameSquare Esports Inc. is an international gaming and esports company headquartered in Toronto, Canada. The Company is seeking to acquire additional assets and entities serving the gaming and esports markets and, more broadly, in sports and entertainment. GameSquare's acquisition of Code Red, an esports talent agency, provided an initial foothold in Europe through its UK operations. Code Red represents leading on-screen talent, players and influencers and works with leading global brands to develop influencer campaigns and esports marketing strategies.

Reciprocity is a gaming and esports company headquartered in Toronto, Canada and has been operating since 2017. Reciprocity owns three gaming and esports assets: a CrossFire franchise in China that it owns with its partner LGD Gaming, a 40% interest in a League of Legends team that competes in Latin America, and, its wholly owned subsidiary corporation, GCN, a digital media company focusing on the gaming and esports audience based in Los Angeles, USA.

Neither the CSE nor its Market Regulator (as that term is defined in the policies of the CSE) accepts responsibility for the adequacy or accuracy of this release.

KWESST Micro Systems Inc. (TSXV: KWE) (OTCQB: KWEMF) ("KWESST" or "the Company") is pleased to announce that it has entered into a formal share purchase agreement (the "Agreement") pursuant to which it will acquire Police Ordnance Company Inc. ("POC") located in Bowmanville, Ontario, with ancillary operations in Florida (the "Acquisition").

POC owns all of the patents and trademarks to the ARWEN product line of less-lethal launchers, and a proprietary line of 37 mm less-lethal cartridges designed for riot control and tactical teams. The company has law enforcement customers across Canada, the U.S. and abroad.

DiazBiffle, LuckyChamu, and Repullze to Compete and Create Content, Bringing Over 1.5 Million Fans to the Organization

Complexity Gaming, a GameSquare Esports Inc. (CSE:GSQ)(FRA:29Q1) ("GameSquare", "GameSquare Esports" or the "Company") company, and one of North America's longest-standing esports organizations, today announced the signing of Call of Duty: Warzone creators ‘the Baka Bros.' Represented by the Kinetic Group's Joowon Lee, the trio comprised of DiazBiffle, LuckyChamu, and Repullze, have joined Complexity as creators and competitors, creating a wide breadth of content to expand the organization's media offering and to compete in Warzone tournaments

ProStar to Participate in the Lytham Partners Winter 2021 Investor Conference

ProStar Holdings Inc. ("ProStar®" or the "Company") (OTCQX: MAPPF) (TSXV: MAPS) (FSE 5D00), a world leader in Precision Mapping Solutions ®, announced today it will be participating in the Lytham Partners Winter 2021 Investor Conference taking place from December 13-16, 2021 . During the event, the Company will be participating in a webcasted Fireside Chat discussing its vision for 2022 and conducting 1x1 virtual investor meetings. 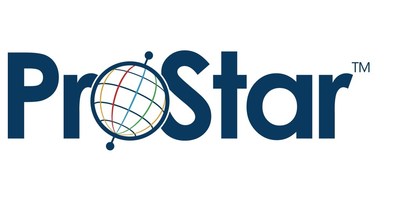 The webcasted Fireside Chat will be available for viewing at 11:00 am ET on Monday, December 13, 2021 on the Company's website at https://www.prostarcorp.com/investor or https://wsw.com/webcast/lytham3/maps.v/2293770 . The webcast will also be available for replay following the event.

About ProStar:
ProStar is a world leader in Precision Mapping Solutions and is creating a digital world by leveraging the most modern GPS, cloud, and mobile technologies. ProStar is a software development company specializing in developing patented cloud and mobile precision mapping solutions focused on the critical infrastructure industry. ProStar's flagship product, PointMan, is designed to significantly improve the workflow processes and business practices associated with the lifecycle management of critical infrastructure assets both above and below the Earth's surface.

ProStar's PointMan is offered as a Software as a Service (SaaS) and seamlessly connects the field with the office and provides the ability to precisely capture, record, display, and manage critical infrastructure, including roads, railways, pipelines, and utilities. Some of the largest entities in North America have adopted ProStar's solutions, including Fortune 500 construction firms, Subsurface Utilities Engineering (SUE) firms, utility owners, government agencies, and municipalities.

The Company has made a significant investment in creating a vast intellectual property portfolio that includes 20 issued patents in the United States and Canada . The patents protect the methods and systems required to digitally capture, record, organize, manage, distribute, and display the precise location of critical infrastructure, including buried utilities and pipelines.

ProStar's Executive management team has extensive experience in the management of both early-stage and Fortune 500 technology companies in the private and public sectors.

Forward-Looking Statements
This press release contains forward-looking information within the meaning of Canadian securities laws. Such information includes, without limitation, information regarding the terms and conditions of the Company's future plans. Although the Company believes that such information is reasonable, it can give no assurance that such expectations will prove to be correct.

REGISTER OR LOGIN NOW AT: https://bit.ly/3G5CWsb

The company presentations will be available 24/7 for 90 days. Investors, advisors, and analysts may download shareholder materials from the company's "virtual trade booth".

To facilitate investor relations scheduling, for more information about the program and to view a complete calendar of Virtual Investor Conferences, please visit www.virtualinvestorconferences.com.

Keynotes, Educational Panels and 70 Companies to Present at the SNN Network Canada Virtual Event on December 7-9, 2021

The SNN Network Canada Virtual Event will take place on December 7-9, 2021, where 70 SmallCap, MicroCap and NanoCap public and private companies will be presenting via virtual webcast to a global investor audience

ProStar Holdings Inc. ("ProStar ® " or the "the Company") (OTCQX: MAPPF) (TSXV: MAPS) (FSE: 5D00), a world leader in Precision Mapping Solutions, is pleased to announce that Grinnell College has selected ProStar's solution, PointMan®, to improve the management and maintenance of its critical infrastructure on its over 150-year-old, 120-acre campus.

"Grinnell College is located on 120 acres with miles of buried telecom infrastructure critical to operations. To protect and maintain our expanding and valued buried infrastructure, we realized the need for precise maps and accurate locates. We selected ProStar's PointMan platform from our search for a GIS mapping platform that was easy to adopt, met our precision requirements for reference and locating needs, and flexibility for future GIS needs," said David Ellis, Director of Network Services, Grinnell College.