Search For Animera launching on ImmutableX will be a gamechanger for web3 users, offering a AAA-level game with seamless NFT minting and trading, backed by Ethereum 's native security 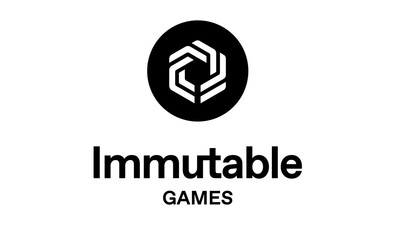 By partnering with ImmutableX and leveraging its platform for the project's infrastructure, Animera developers can ensure that players can enjoy the convenience of high-speed transactions and zero gas fee minting and trading combined with the robustness of Ethereum 's native security. The developers will also benefit from Immutable's ZK (zero-knowledge) scaling solution, which has been in production for over two years, allowing them to focus on delivering a well-rounded and refined end product to audiences.

Andrew Sorokovsky , VP Global Business Development at Immutable, said, "We're dedicated to finding the most innovative games to collaborate with to enhance and broaden our web3 ecosystem. Our goal is to bring cutting-edge gaming experiences to players worldwide, and partnerships with projects like Search for Animera bring us closer to achieving that. By seamlessly blending AAA gaming with the speed and scalability of blockchain technology, we're unlocking a world of new possibilities for gamers in the years to come."

Search for Animera is a next-generation AAA interplanetary conquest, exploration, and MMORPG. Set in a far-away galaxy, the game tells a cosmic tale of exploration, conquest, and colonization of unique planets, new life forms, and immense resources — all presented within a graphically superior, highly engaging game environment.

Within Animera's vast universe, players will explore and colonize the Nubera galaxy, full of unique planets and lifeforms; navigate the challenges of an inter-species battle in space; and experience a thriving player economy in an ever-expanding sandbox, all while teleporting into deep space and immersing themselves in a mixture of procedurally generated and handcrafted worlds. There will be three distinct game modes to choose from, each catered to specific personas, including Explore Mode, Story Mode, and Star Siege Mode.

Animera was built from the ground up on Unreal Engine 5 by a team of veteran game developers, marketers, and smart contract builders. Prior to working on Animera, co-founder and production lead Thomas Dimi spent a six-year stint contracting for Konami Gaming on franchises, including Metal Gear Solid and Pro Evolution Soccer, while co-founder Adil Khan , spent a decade focused on digital marketing strategy, performance marketing and analytics, mainly at Wunderman Thompson.

Designed to be as accessible to mainstream gamers as possible, the game leverages Magic Link , a set of tools available on ImmutableX that allow developers to make web3 onboarding frictionless, secure, and non-custodial. Magic Link enables seamless onboarding of crypto -nascent web2 gaming audiences by offering a much simpler UX. Users can initiate gameplay by simply logging into their game client, while the tool automatically creates a fully integrated, non-custodial web3 wallet for them.

Leveraging this tech, Animera will be able to offer players true ownership over their assets, as well as the ability to be more directly involved in the creation of new content. This puts the power back into the player's hands and overhauls the microtransaction model of releasing new content that has long frustrated many gamers.

"I believe the pesky prerequisites to actually play most current Web3 games, including gas fees, additional crypto -specific know-how, and glacial transactions, have over-complicated the web3 gaming experience. We're super excited to be partnering up with ImmutableX, a protocol with a very similar ethos as ours, to change this, and take gamers back to what truly matters — the pure and simple thrill of actual, engaging gameplay," said Adil Khan , Search for Animera co-founder and chief growth officer.

In Q1 2023, Search for Animera will also launch its Genesis Character NFT collection on ImmutableX, consisting of ownable in-game characters, each belonging to unique factions from the game's escapist lore, and equipped with customisable cosmetic enhancements, skins, ships, and more. These NFTs will carry the additional perks of early access to the alpha and beta versions of the game, and while the game is free-to-play, Genesis Character Collection NFT holders will have exclusive access to its Story mode gameplay.

Search for Animera will soon reveal its whitelisting experience, Program X, aimed at selectively onboarding quality players and contributors, including gaming guilds, influencers, DAOs, and enthusiastic gamers, into its community.

Players can also look forward to a public beta test of the PvP gameplay, with a full release of the game coming by the end of 2024. Additionally, in Q2, the Search for Animera team plans to release their native token, ANIM, on both centralized and decentralized exchanges.

Immutable is powering the next generation of web3 games through ImmutableX - the leading developer platform for building and scaling mainstream-ready web3 games on Ethereum , entirely carbon neutral and gas-free.

Today, many world-class web3 games are built on ImmutableX including Gods Unchained, Guild of Guardians, Illuvium, Embersword, Planet Quest and many more.

Full of unique planets and lifeforms, Search for Animera is a next-generation AAA interplanetary conquest, exploration, and NFT-crafting MMORPG being built on Unreal Engine 5 and deployed on a blockchain network. Explore and colonize via strategic gameplay supported by a thriving in-game economy set in an ever-expanding sandbox of procedurally generated and handcrafted worlds — all in the Search For Animera.

Auxworld, a game generator app that lets users create multiplayer sessions from text input, will be available on LG Smart TVs throughout the United States

Auxuman the leading AI gaming company, today announced a partnership with Oorbit the company building the world's premiere technology platform powering the metaverse, to bring metaverse gaming to LG Electronics (LG) customers starting Jan. 31 of this year. Through this partnership, Auxuman's Auxworld will enable anyone to instantly create an online multiplayer game simply through text input in a manner similar to popular AI image generators.

Gamelancer Media Corp. (CSE: GMNG) (OTCQB: GAMGF) (FRA: P93) (" Gamelancer " or the " Company ") a media & entertainment company producing short-form video content for brands, is pleased to announce that its President and Chief Operating Officer, Mike Cotton was a featured speaker at the Ivey Leadership Conference on Saturday, January 21 2022.  Cotton was accompanied by TikTok Head of Sports & Gaming, Adam Burchill and Samsung Senior Manager of Digital Marketing & Content, Christian Di Vincenzo . The trio discussed new trends in sports advertising and how they see that evolving over time.

XT.COM the world's first socially infused trading platform, is thrilled to announce the listing of KNDM on its platform in the innovation zone and the KNDM USDT trading pair is open for trading from 2023-01-31 02:00 (UTC). The platform's initial gaming ecosystem consists of 30+ top-tier global partners from various sectors that include games, investments, blockchain services, and security to accelerate and bolster Web3 gaming through Intella X.

An official from Intella X commented, "Through the support of our top tier ecosystem partners, Intella X will be built as a global, Web3-centric gaming ecosystem hub that exercises the fundamental values and philosophy of Web3 and leading innovators in Web3 gaming."

Each partner from their respective industries is committed to the acceleration of mass adoption of Web3 and the long-term growth of the Intella X gaming ecosystem by joining forces in providing the highest quality of gaming experience to Web3.

Intella X will make it's global debut on Polygon in the first quarter of 2023 with its proprietary mobile wallet, DEX, NFT marketplace, launchpad, and game lineups for 2023.

About NEOWIZ
NEOWIZ (KOSDAQ:095660), founded in 1997, is regarded as a pioneer and one of Korea's leading game companies. Since 2003, the company has successfully published a wide range of PC and mobile games via https://www.pmang.com/ , as well as co-developed and launched wildly successful titles such as FIFA online, Brave Nine, DJMAX Respect, Skul: The Hero Slayer, Cats & Soup, and the highly anticipated, three-time Gamescom award-winning title, Lies of P.

"First of its kind" collaboration between Liithos and CoinZoom, built on the Hedera network, reinvents Sunday Comics for a Web3 generation

In a first-of-its-kind collaboration, Liithos, a AAA gaming and entertainment studio led by PlayStation veterans Michael Mumbauer (The Last of Us) and John Garvin (Days Gone) and Web3 marketplace CoinZoom have partnered with mega-influencer Michael Le (52.2 million followers on TikTok) to create an innovative narrative series to launch exclusively on TikTok. Starring Le along with TikTok influencer Slider Jesus ( 257k followers on Instagram), the epic adventure will introduce the world to Ashfall, the first transmedia IP announced by the Liithos team earlier this year that will launch as a comic book series in March and with a AAA video game currently in development,  built on the highly respected, low-cost, and sustainable Hedera network.