- Friendsgiving as you know it will never be the same. Every November, groups of friends gather around a table IRL. But this year, we're changing the game with an event that lets gamers celebrate with their online friends all across the country.

McDonald's® USA and FaZe Clan, the digital-native lifestyle and media platform rooted in gaming, are joining forces to host the first-ever Friendsgaming: a juicy new tradition, inspired by the undeniable way McDonald's just hits different during an intense gaming session. Fans are invited to celebrate their online friendships with the epic combo of gaming and the official fuel of Friendsgaming: our Crispy Chicken Sandwiches - southern style fried chicken favorites, always cooked to crispy, juicy and tender perfection.

Friendsgaming will officially kick off at 8:00 p.m. ET on Sat . Nov. 20, with a special live Twitch stream on FaZe Swagg's channel, starring FaZe Swagg , FaZe JSmooth , FaZe Booya and FaZe Santana. Grab your squad, order your Crispy Chicken Sandwiches, unbox your exclusive McDonald's x FaZe Clan gaming gear and tune in to watch the legends have a Friendsgaming feast live from their living room, while reminiscing on their friendship and playing one of their favorite games. Pro tip: pay attention to the live chat for opportunities to get in on exclusive giveaways.

Your Friendsgaming experience won't be complete without this exclusive collection: 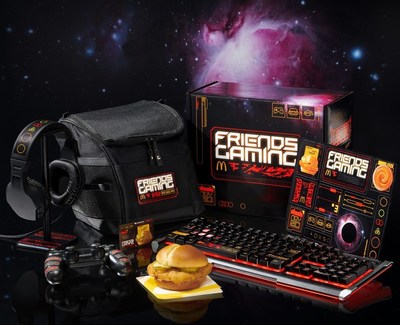 To help fans gear up for the crispiest online party of the year, McDonald's and FaZe Clan are dropping an exclusive merch collab: The Crispy Chicken Sandwich Expansion Pack. The first-of-its-kind collection includes custom accessories to help buff-up gaming setups from novice status to S-Tier, as well as some pieces to help fans enjoy a next-level Crispy Chicken Sandwich meal, on us. The complete pack includes:

Gather your crew, your favorite Crispy Chicken Sandwiches and game on!

*Offer valid on 11/20/2021 at participating locations. Up to $30 off orders including a Crispy Chicken Sandwich, using the specified promo code. Valid only for users who have purchased an Expansion Pack, limit one per person. Fees, taxes, and gratuity still apply. No cash value. Non-transferable. Download and registration required.

**Packs are only available for purchase online at CCSFriendsgaming.com. They are not sold in restaurants.

About McDonald's USA
McDonald's USA , LLC, serves a variety of menu options made with quality ingredients to nearly 25 million customers every day. Ninety-five percent of McDonald's 14,000 U.S. restaurants are independently owned and operated by businessmen and women. For more information, visit www.mcdonalds.com , or follow us on Twitter @McDonalds and Facebook. www.facebook.com/mcdonalds .

About FaZe Clan
FaZe Clan is a digital-native lifestyle and media platform rooted in gaming and youth culture, reimagining traditional entertainment for the next generation. Founded in 2010 by a group of kids on the internet, FaZe Clan was created for and by Gen Z and Millennials, and today operates across multiple verticals with transformative content, tier-one brand partnerships, a collective of notable talent, and fashion and consumer products. Reaching over 350 million followers across social platforms globally, FaZe Clan delivers a wide variety of entertainment spanning video blogs, lifestyle and branded content, gaming highlights and live streams of highly competitive gaming tournaments. FaZe Clan's roster of more than 85 influential personalities consists of engaging content creators, esports professionals, world-class gamers and a mix of talent who go beyond the world of gaming, including NFL star Kyler "FaZe K1" Murray, Lebron "FaZe Bronny" James Jr., Lil Yachty aka "FaZe Boat" and Offset aka "FaZe Offset." Its gaming division includes ten competitive esports teams who have won over 30 world championships. Visit www.fazeclan.com and Follow FaZe Clan on Twitter , Instagram , YouTube , TikTok , and Twitch. 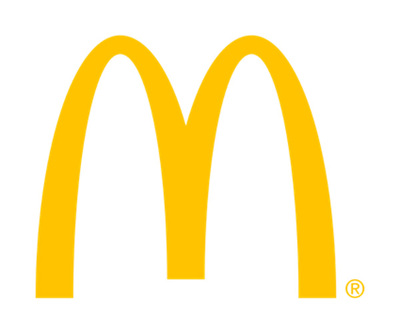 Today, Magic Eden ("The Company"), the leading cross-chain NFT platform, announced the hiring of Chris Akhavan as its first Chief Gaming Officer. In his new role, Chris will be responsible for driving the growth of Magic Eden's gaming partnerships and supporting the development of enhanced game creator and collector experiences on the platform. Magic Eden believes Web3 gaming will grow into a multi-billion dollar per year industry by placing digital asset and gamer identity ownership in the hands of players, and will open up its massive Web3 audience reach to game developers to make this a reality.

- The global blockchain event NFT Taipei will run from December 9-18 in Taiwan's capital. One of the hosts, the Top 5 layer-1 blockchain ThunderCore is powering the NFT ticketing for the event and holding its own side event, Fun Taipei. The ThunderCore team is hoping to reach out to more NFT projects and gaming startups through its participation in the yearly conference.

ThunderCore founder Chris Wang is scheduled to speak at NFT Taipei on the importance of Web2.5 and how blockchain technology can gain mass adoption. He will be joined in the lineup by Ethereum co-founder Vitalik Buterin , Twitch co-founder Kevin Lin , co-founder of Animoca Brands Yat Siu, The Sandbox co-founder Sebastien Borget , and Dapper Labs VP of Gaming Partnerships Fan Shen, among other celebrated attendees.

Audeze, the leading audio technology brand and pioneer of high-end gaming audio products, today announces Maxwell, a new ultra-low-latency wireless PC & console gaming headset with class-leading 80+ hours of battery life. Two versions of Maxwell will be available: Maxwell for Xbox & PC is officially licensed by Microsoft and includes the first auto-activating Dolby Atmos license, while Maxwell for Playstation & PC supports Tempest 3D Audio. Maxwell is the latest release from Audeze in a line of purpose-built gaming headsets like the LCD-GX and Mobius which have garnered rave reviews for their innovations in audio performance and headtracking.

LAD Brings the Bang Back to That Old Gaming Rig

Gamers have been through thick and thin with their old gaming rigs: online battles, quests and adventures. It seems wasteful to retire it to their grandmother's word processing and email (they know it's Christmas slippers she wants anyway). Don't give up on it there is much better use for that old warhorse, even without a video card.

Burning up that old rig on cryptomining is unlikely to cover the electric bill, however, add a network card or two and a Wi-Fi card and the practical possibilities open up. It has plenty of guts, more than enough to hold its own and then some against mainstream routers. That is how FreeBSD and Linux got going in the 90s, born out of frustration over exorbitant brand-name router prices and the need for something robust and affordable. People knew there was no magic in packet routing and filtering, turning to Unix to power their PCs into routers. That bare-knuckles enthusiasm of sticking it to the man changed everything. Now the man sponsors it – it is strictly business.

LOS ALAMITOS, Calif. , Dec. 8, 2022 /PRNewswire/ -- Epson is taking holiday game sessions this winter to new heights with an epic family gaming night sweepstakes. Kicking off on Dec. 12 and running through Feb. 3, 2023 , participants can head over to the Epson Family Gaming Night website and enter for a chance to win the ultimate game night package, including an Epson EpiqVision® Mini EF12 Smart Streaming Laser Projector , a Nintendo Switch™ – OLED Model system , a download code for a digital version of the Nintendo Switch Sports game, an additional Joy-Con™ controller set, and a Leg Strap accessory. Thirty lucky winners will be able to enjoy up to 150 inches of big-screen entertainment that is sure to elevate family game night while creating memories that last a lifetime.

MediaTek today announced the Dimensity 8200, the company's newest chipset for premium 5G smartphones. Smartphones powered by the Dimensity 8200 will offer flagship level experiences including connectivity, gaming, multimedia, displays and imaging at a more accessible price point. Built on the 4nm-class process, the new chipset delivers unparalleled power efficiency. It also integrates an octa-core CPU with four Arm Cortex-A78 cores operating at up to 3.1 GHz, along with a powerful Mali -G610 graphics engine, for better performance across applications.

Cleansing Notice Under Section 708A Of The Corporations Act 2001 (CTH)

Beyond Diamonds: Mining in the Northwest Territories