The Company is Completing its Assessment of Undeveloped Worsley Lands TSXV: HELI NOT FOR DISTRIBUTION TO UNITED STATES NEWSWIRE SERVICES OR FOR DISSEMINATION IN THE UNITED STATES First Helium Inc. a helium exploration and development company with access to significant exploration lands throughout Alberta is pleased to announce that it has completed its assessment of the 8,064 hectares of strategic lands surrounding …

The Company is Completing its Assessment of Undeveloped Worsley Lands

First Helium Inc. (“First Helium” or the “Company”) (TSXV: HELI) (FRA: 2MC), a helium exploration and development company with access to significant exploration lands throughout Alberta is pleased to announce that it has completed its assessment of the 8,064 hectares of strategic lands surrounding its discovery well at Worsley (the ” Worsley Well “) and has identified three offsetting drill locations on its Worsley Property.  Most recently tested in 2018, the Worsley Well flowed at 2mmcfd of raw gas, over a 10-day period, at a 1.3% helium content. 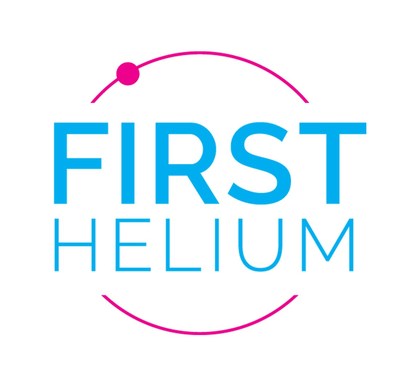 Along with the Worsley Property, the Company holds an additional 23,991 hectares of undeveloped land with associated helium rights along the Worsley Trend. Gas analyses from previously drilled wells along the Worsley Trend indicate that over one billion cubic feet of helium has been produced to date, however, as these wells targeted hydrocarbons the helium was not captured for sale. All of the Company’s holdings are at a 100% working interest level.

Since its corporate restructuring and recapitalization in the third quarter of 2020, the Company has made significant progress in advancing the development of its Worsley Property, including:

Based on a thorough assessment of the acquired 2D and 3D seismic over the Worsley Property and the detailed reservoir engineering and simulation work on the Worsley Well, the Company has identified three additional drill locations. Surveying of locations is underway and the Company anticipates the drilling of one new well in the fourth quarter of 2021 for a duration of approximately 15 days, followed by a completion of the well for an estimated 12-18 days.

Subsequent to the drilling and assessment of the first well, it is expected that two additional wells will be drilled and completed during the winter months, each over a similar time period as the first well. The Company is continuing with its detailed evaluation of undeveloped lands on the helium-rich Worsley Trend and expects to report additional progress on that initiative this autumn.  First Helium is anticipating that re-completion or re-entry of existing wellbores will be performed where possible, to reduce the capital required to achieve increased helium production elsewhere at Worsley .

“We are extremely pleased with the helium development potential of the Worsley Property,” said Ed Bereznicki , Chief Executive Officer of First Helium. “Supported by the demonstrated flow performance of our Worsley Well, First Helium is excited to take the next steps toward delivering a commercial helium project with the 3-well expansion opportunity on the Worsley Property and the future upside exploration potential of the undeveloped Worsley Trend,” added Mr. Bereznicki.

The Worsley Property is comprised of 8,064 hectares of land surrounding its Worsley Well and forms the core of its helium exploration and development holdings.  As First Helium‘s principal asset, the Worsley Property is located within the broader Worsley helium trend (the ” Worsley Trend “) in Northern Alberta, Canada , which lies along the northern flank of the prolific Peace River Arch (the ” PRA “) in the Western Canadian Sedimentary Basin.

The PRA is a large east-northeast trending cratonic up lift in northeast B.C and northwest Alberta.   The Arch is rich in minerals containing the elements uranium and thorium, the decay of these elements is the source of helium in the overlying sedimentary formations. Gas analyses from previously drilled wells along the trend indicate that over a billion cubic feet of helium has been produced to date.  This helium was not captured for sale as producers were targeting oil and natural gas.  Given the recent structural changes in the helium industry and improved economics due to price increases over the past few years, helium exploration, production, processing and marketing has become the primary focus of companies like First Helium.

First Helium is a helium exploration and development company operating in the Worsley area, north of Grande Prairie , in Alberta , Canada.  It was founded to capitalize on the untapped potential of significant helium resources in Western Canada , in response to the shifting supply dynamics of the global marketplace. Building on its successful discovery well, which has production tested at over 1.3% of helium content over three test periods, First Helium is working to develop its land base of over 32,000 hectares along the highly prospective Worsley helium trend. To establish its operating base, First Helium seeks to market its helium gas into the North American market via term off-take marketing arrangements with established third-party distribution companies.

For more information about the Company, please visit www.firsthelium.com . The Company’s final prospectus, financial statements and management’s discussion and analysis, among other documents, are all available on its profile page on SEDAR at www.sedar.com .

Neither the TSX Venture Exchange nor its Regulation Services Provider (as that term is defined in the policies of the TSX) accepts responsibility for the adequacy or accuracy of this release.

A Global Helium Shortage: Why This Investment Opportunity is Heating Up
Helium: What You Need to Know About This Critical Element
First Helium: Exploring Highly Prospective Helium Trends in the Western Canadian Sedimentary Basin