Nevada Copper Corp. (TSX:NCU) is advancing its large-scale, late-stage Pumpkin Hollow Copper Project toward production in the pro-mining state of Nevada. By mid-2015, the Company will acquire an additional large surrounding land package as well as full-permitting for a 70,000 tons per day open pit copper mine. Construction of the main production shaft is already underway.

Nevada Copper’s Pumpkin Hollow Copper Project is located in north-western Nevada in the Yerington copper porphyry district of the Walker Lane Belt. Infrastructure is well established with nearby roads, rail, power lines and water supply. The project is in the advanced-stage of development with first production targeted for late 2016/early 2017. 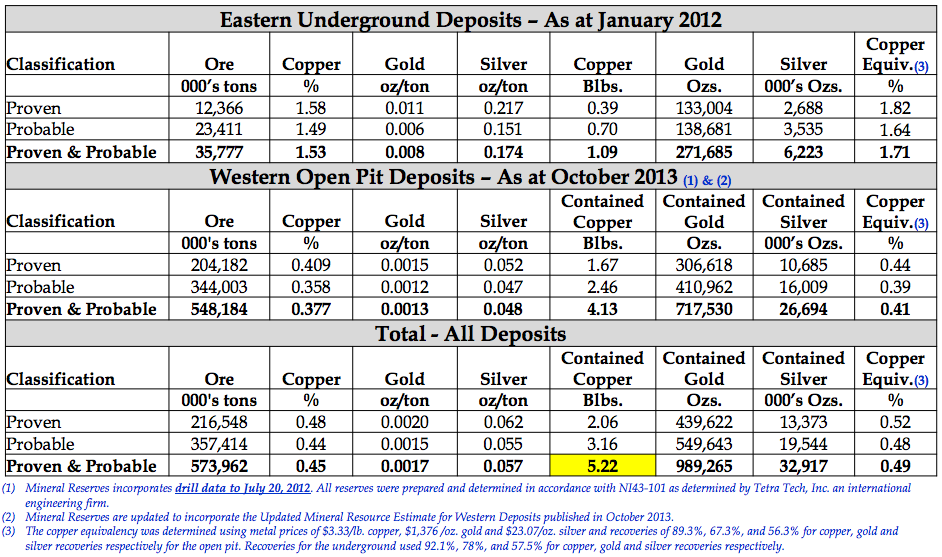 Significant upside in the Reserves and Resource remain beyond the currently published estimates. Several opportunities exist for both enlarging the high grade zones within the current reserve and expanding the resource base. The Eastern deposit remains open in several directions and the property contains significant areas that have been unexplored or under-drilled.

In June 2015, Nevada Copper is expected to add significant acreage to the 1,560 acres of private patented lands it currently holds at Pumpkin Hollow. At the close of 2014, U.S. President Obama signed into law the ”Yerrington Land Conveyance and Sustainable Development Act” which will give the City of Yerrington 10,400 acres of Federal lands surrounding the Pumpkin Hollow Copper Project by June 17, 2015 (see December 22, 2014 news release). As per binding agreements with Nevada Copper, once the City acquires the land package most of it will be immediately transferred to the Company.

The acquisition of this key land package will speed up the Stage 2 permitting process by allowing Nevada Copper to continue permitting under Nevada state jurisdiction rather than Federal regulations. The Company anticipates issuance of Stage 2 State permits for the construction and operations of an open pit mine by mid-2015.

“With successful passage of the Land Bill, and with open pit permits expected by June, Nevada Copper can now consider a large scale project development with a single large concentrator with mill feed from an open pit supplemented by high grade underground ore,” said Giulio Bonifacio, President and CEO.

With the significant land acquisition and the clearer path toward permitting, Nevada Copper is working toward the completion of an Integrated Feasibility Study with release anticipated in April, 2015. This updated Feasibility Study will, as the name suggests, integrate all the current available information including the previously announced Stage 2 Open Pit Updated Feasibility Study (see November 4, 2014 news release), new drilling data (including results from an additional 9,880 meters of drilling on the North Deposit), mine plans, engineering work and updated capital and operating costs for both the open pit and underground operations.

The Integrated Feasibility Study will focus on a single, large 70,000 tons per day (tpd) concentrator with dual sources of mill feed which will comprise an average of 63,500 tpd of open pit ore blended with 6,500 tpd of high grade ore from the Eastern underground deposits.