Exploration and the potential for fast track production at the past-producing Shakespeare Mine in Sudbury, Ontario

This Magna Mining profile is part of a paid investor education campaign.*

On top of this, experts forecast that 2021 will be a big year for nickel as a recovery in China and speculated demand from the electric vehicle battery sector create a perfect storm.

Historically, the Sudbury region in Ontario has been where some of the most significant  nickel deposits in the world have been discovered. The Sudbury Basin currently has 8 producing mines, and has produced over 11 million tonnes of nickel since production started over 125 years ago. The geological endowment of the Sudbury region, coupled with the city’s status as one of the global epicenters of historical nickel production, mean that most of the mining operations and prospective land packages in the region are almost exclusively owned and controlled by prominent global mining corporations such as Vale(NYSE:VALE), Glencore (LON:GLEN) and KGHM.

One exception to this, however, is Magna Mining (TSXV:NICU). Due to some prescient strategic thinking at a low point in the mining cycle in 2016, a group of Sudbury mining professionals acquired the past producing Shakespeare Mine and its surrounding property package, which is located approximately 60km from the city of Sudbury. In addition to the mine site, Magna’s property package today also includes over 180km² of prospective adjacent land, which has seen little exploration activity to date.

Magna Mining’s flagship project, the 100 percent owned Shakespeare Mine, also boasts an NI 43-101 resource, major permits required for the construction of an open pit mine, mill and tailing storage facility.   The Shakespeare mine has an indicated open pit resource of 14.4 million tonnes at 0.34 percent nickel, 0.37 percent copper and 0.9g/t total precious metals (TPM).

Following a successful go-public transaction in May 2021, Magna Mining is planning an aggressive and exciting exploration program at Shakespeare, which will include multiple drill targets adjacent to the company’s existing deposit. The existing resource and permits at Shakespeare also offer the opportunity to bring the deposit back into production on an accelerated timeline, a unique advantage for a junior mining company.

A successful capital raise concurrent with the go-public transaction is facilitating this new expenditure at the Shakespeare project, reflecting the first significant expenditure in this part of the Sudbury region in over ten years. It’s a prospect which company CEO Jason Jessup is looking forward to: “We think that our company has the potential and the capacity to grow into a significant base metals company within 12 to 24 months, which is largely thanks to having many pieces of the puzzle, such as the existing resource and permits, already in place”

The team that has put this company together also possess the necessary skills sets to realize this vision. The management team, many of whom are Sudbury-based, brings over 80 years of combined experience in mining operations, geology, Sudbury-region exploration and capital markets, along with experience at working with many of the prior successful companies in the region such as Inco, FNX and Vale.

The Shakespeare project sits 60 kilometers southwest of the City of Greater Sudbury and spans over 180 km2 of contiguous and underexplored property. 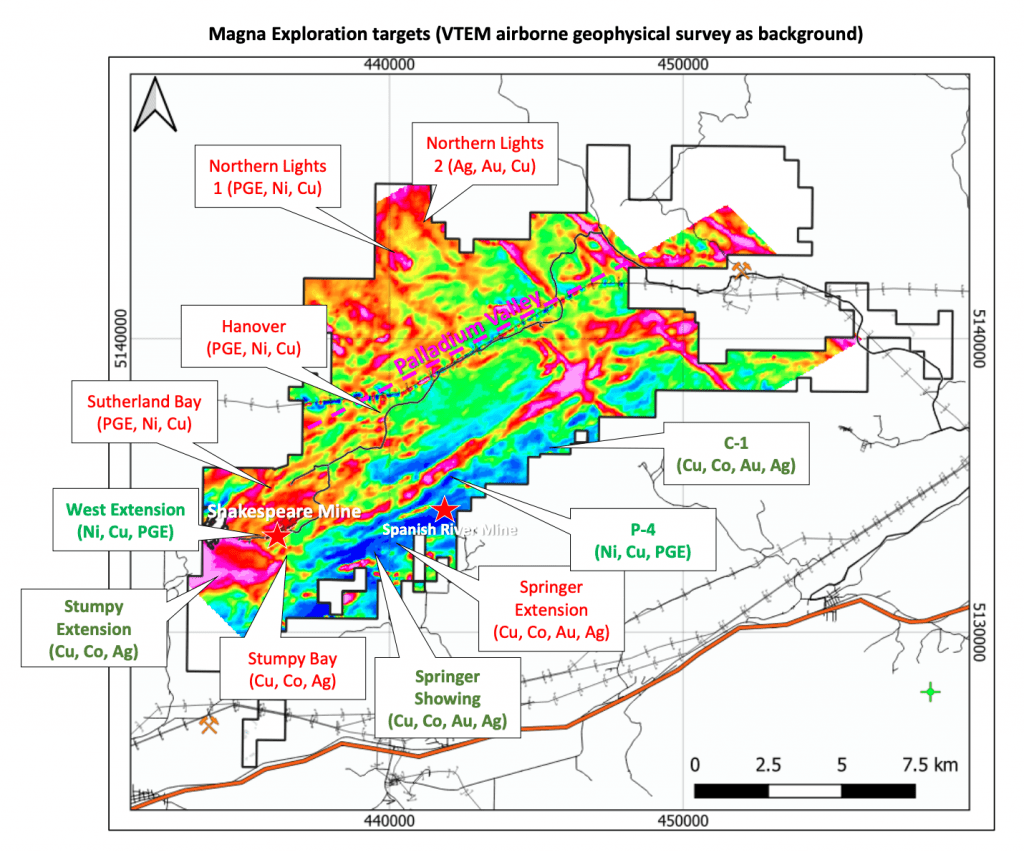 Jason Jessup was a co-founder of Magna Mining and has 25 years of experience in the mining industry. His industry experience comprises operations management, corporate development and project evaluation. He has held senior positions in FNX Mining, Sandstorm Gold, Premier Royalty and INCO.

Derrick Weyrauch is an experienced mining executive with over 27 years in capital markets and operational expertise in scaling and restructuring companies. Currently, he is the CEO of Palladium One. Weyrauch was formerly the CFO of Jaguar Mining and Andina Minerals Inc.

Paul Fowler is an experienced capital markets professional who has worked with publicly listed Canadian mining companies for over 15 years. He has previously held investment banking, corporate finance and equity sales positions for several Canadian banks and brokerages, including National Bank Financial and Paradigm Capital.

Dr. Hoxha has been an Advisor to the company since its inception in 2016 and participated in the initial due diligence on the Shakespeare property prior to the acquisition in 2017.

Dr. Hoxha is a Professional Geoscientist with more than 30 years of mining and exploration industry experience, most recently serving as Chief Geologist at the Young Davidson Mine for Alamos Gold since 2015. In 2004, he joined FNX Mining as Senior Geologist and in 2008 was promoted to Chief Geologist.

Marshall Hall is an experienced exploration geologist who joined Magna in 2018. He has been instrumental in compiling the historic Shakespeare data and the development of the new Shakespeare geological model. Marshall has 16 years of experience in Sudbury geology and previously worked for Wallbridge Mining.

The information contained here is for information purposes only and is not to be construed as an offer or solicitation for the sale or purchase of securities. Readers should conduct their own research for all information publicly available concerning the company. Prior to making any investment decision, it is recommended that readers consult directly with Magna Mining and seek advice from a qualified investment advisor.