This profile is part of an investor education campaign. The profile provides detailed information which was sourced and approved by Silvercorp Metals Inc. in order to help investors make better investment decisions. The Company’s support of Investing News Network ensures we can continue to bring you unbiased, independent news and information.

Silvercorp Metals Inc. (TSX:SVM, NYSEAMERICAN:SVM) is one of the world’s lowest-cost, highest-margin primary silver producers. The Canadian mining company holds a portfolio of producing silver-lead-zinc mines in China, including the multi-mine Ying District in Henan Province and its newest mine the GC Mine in Guangdong Province.

Silvercorp’s management has successfully grown the company into one of the lowest cost, highest margin producers in the silver space. For the Fiscal Year (FY) 2017, the company posted a gross profit of US$88.2 million, up dramatically from US$36 million in the previous year. Silvercorp has succeeded in turning a profit even in the midst of a low silver price environment by taking strategic steps to raise the grade profile at its Ying District operation.

In Q2 Fiscal 2016, CEO Dr. Rui Feng implemented a new productivity management tool he developed with the goal of increasing head grades through improved efficiencies. Feng’s Enterprise Blog allows frontline technicians, engineers and management to collect, distribute, retrieve and monitor information related to specific work sites. Approximately 820 employees and 1480 contractors work at Ying; the Enterprise Blog brings everyone into the same room, facilitating communication, streamlining processes and most importantly, cutting waste through accountability. To further improve efficiency at the mine employees and contractors participate in a profit sharing scheme.

With narrow vein mining, too much waste rock can negatively impact the entire metrics of the operation and profitability. Prior to blasting and drilling of a stope, the contractor must upload a photo detailing the area of the vein he intends to work for review by the mine manager. This productivity tool has vastly improved the silver grade profile at Ying—the head grade jumped from 246 g/t silver in Q2 FY 2016 to 310 g/t silver in Q4 2016. Silvercorp has successfully kept the grade around 300 g/t since then. 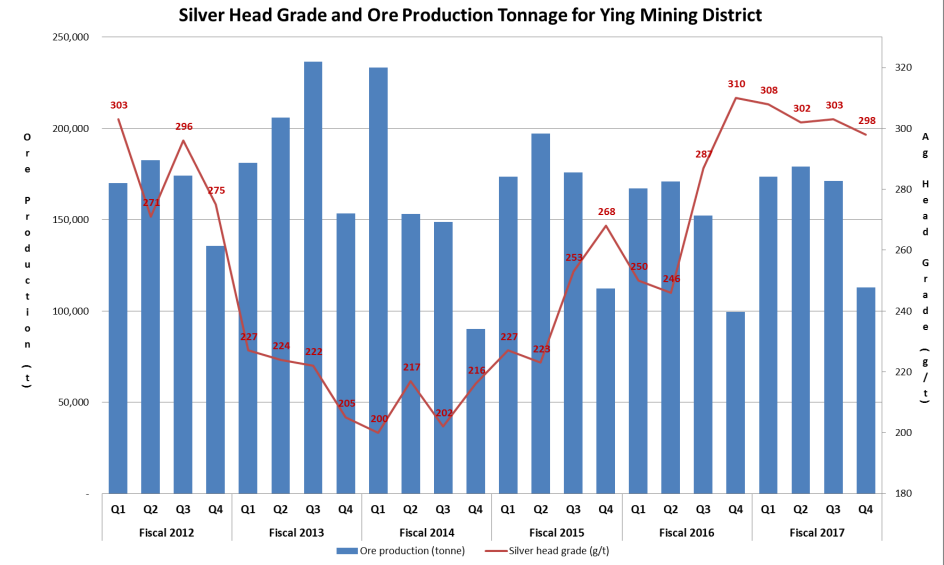 The improvement in grades has significantly lowered the overall costs of production at the Ying District. For FY 2017, the operation posted cash costs per ounce of silver, net of by-product credits, of negative $3.03, compared to $1.44 in the previous year. This greatly enhances Silvercorp’s profitability and value for shareholders. In fact, Silvercorp was one of the first companies in the silver space to begin paying a dividend.

The location and surrounding infrastructure of the Ying District is another significant advantage for the company. Within 200 kilometers of the district are six smelters which compete for Silvercorp’s ore, offering payment in advance—the absence of receivables further strengthens the company’s robust balance sheet.

Silvercorp’s growth strategy includes organic growth within China through acquisitions that will add further value to its production portfolio. The company is also considering investment opportunities in Southeast Asia, South and Central America as well as Mexico. 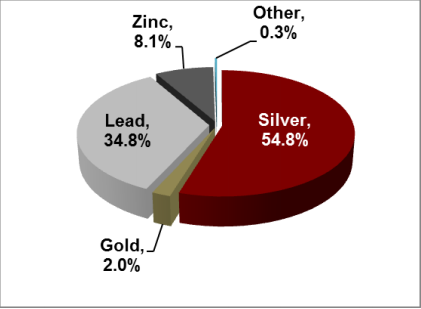 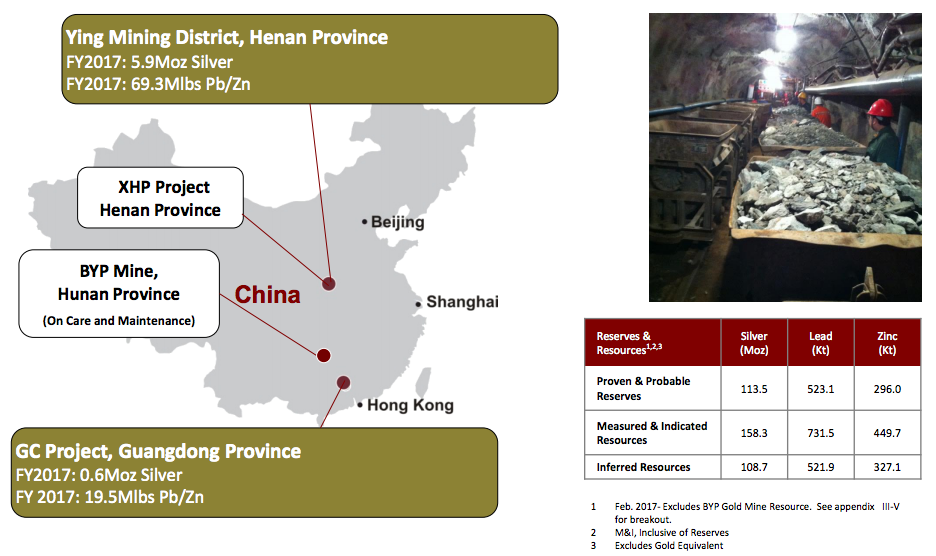 The Ying District encompasses a 68.74-square kilometer land package consisting of four underground mines (SGX, TLP, LM and HPG) located 240 kilometers west-southwest of Zhengzhou, the capital city of Henan Province. Silvercorp, through its wholly-owned subsidiary Victor Mining Ltd, has a 77.5 percent interest in the SGX and TLP mines and an 80 percent interest in the HPG and LM mines. 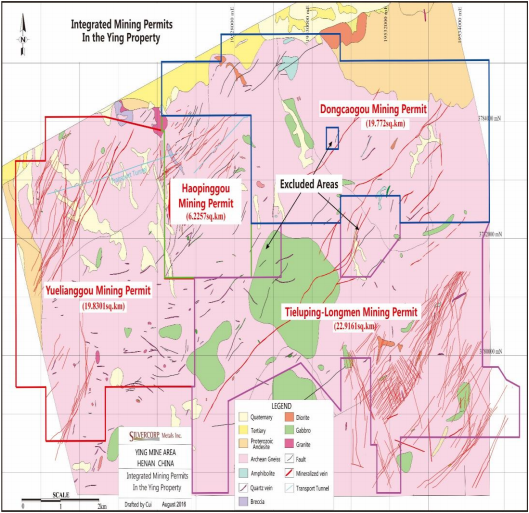 Significant mineralization has been identified in more than 200 vein structures at Ying. Since 2006, the district has produced over 49.4 million ounces silver plus 697 million pounds of lead and zinc. Extensive underground drilling has increased mine life to 20 years. Two centralized mills with 3,200 tons per day capacity are also on the property. 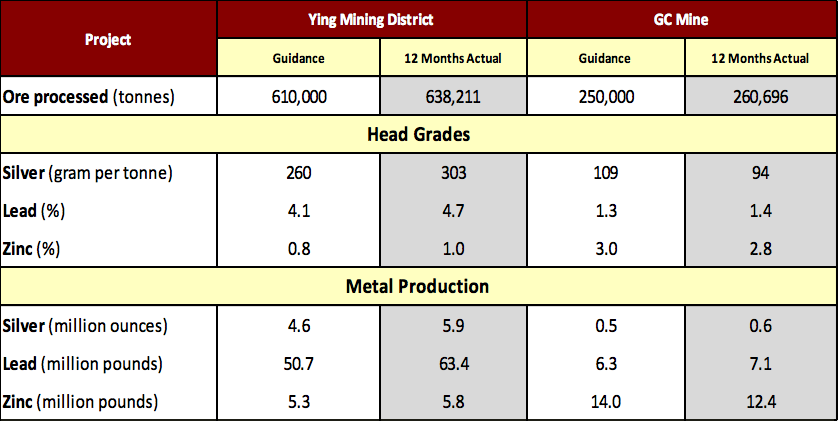 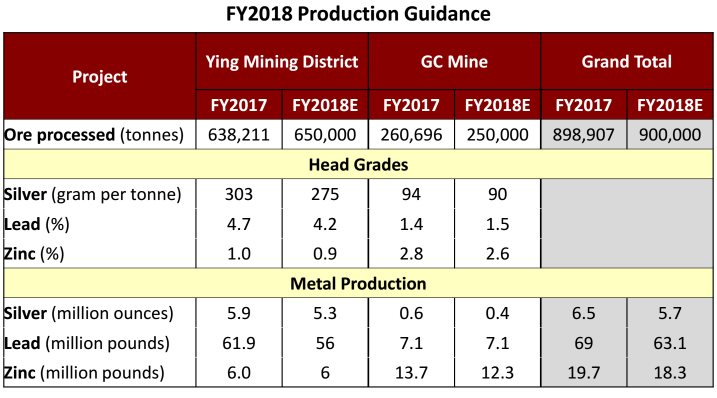 Silvercorp’s Gaocheng (GC) Mine is an underground silver-zinc mine located 200 kilometers west of Guangzhou City in southern China’s Guangdong Province. The company owns a 95 percent interest in the property through a joint venture.

Production began at GC in 2014 and operations include 1,600 tpd mill. Silvercorp is actively working to refine operations to improve efficiencies and lower costs while also continuing to explore for additional resources. 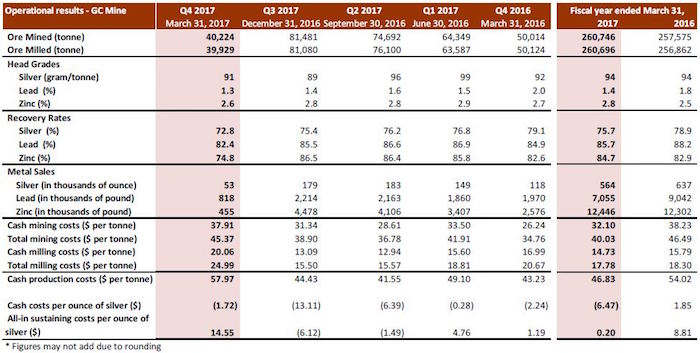 Dr. Rui Feng, a Canadian citizen, has worked as both a geologist and an executive in the mineral resource industry for over 20 years. He is an entrepreneur with an extensive track record in successfully acquiring and exploring mineral properties and ultimately turning them into profitable mining operations. Dr. Feng, was the founder of several successful publicly listed companies in Canada which have made significant discoveries of mineral resources in China, including Jinshan Gold Mines Inc., formerly, Pacific Minerals Inc. and Silvercorp. Dr. Feng is well-versed in China’s legal framework related to the mining industry and has an extensive network in China’s mining and exploration industry.

Dr. Rui Feng obtained his B.Sc. and M.Sc. degrees in Geology in China and his Ph.D. in Geological Sciences from the University of Saskatchewan in Canada in 1992. He was awarded a Post-Doctoral Fellowship from the National Engineering and Science Council of Canada from April 1992 to April 1993 to work as a Research Scientist at the University of Montreal. From 1993 to 1994, Dr. Feng worked for the Institute of Sedimentary and Petroleum Geology of the Geological Survey of Canada in Calgary as research scientist. He is currently a Director of the Canada China Business Council – BC Chapter Board

Derek Liu is a professional accountant with over 15 years of diverse international experience in financial reporting, auditing, and accounting. He is a member of Certified General Accountants Association of British Columbia (“CGA, BC”) and a Certified Public Accountant (“CPA”) in the State of Colorado, USA. He has held senior accounting positions, such as corporate controller and chief financial officer, at a number of public Canadian mining companies for the past several years including the role of financial controller of Silvercorp from 2006 to 2010. He has a MBA from Laurentian University and is a Canadian Citizen.

Lorne Waldman has 16 years of experience in management of North American listed companies with operations in China, served as Silvercorp’s Corporate Secretary from 2007 to 2012. Prior to that he held a senior management position with a NYSE listed electronics manufacturer. He will be in charge of the Corporate Head Office in Vancouver, British Columbia, responsible for investor relations, corporate communications, and general corporate matters. Mr. Waldman is a Canadian Citizen.

Alex Zhang, M.Eng., M.Sci., P. Geo.—Vice President, Exploration
Alex Zhang has 20 years of experience and has worked with Eldorado Gold, Afcan Mining, Sino Gold, and New Pacific Metals. He supervised the exploration activities of two major gold projects from exploration through development to production, and brings a full range of technical and managerial skills related to exploration and mining projects.

Luke Liu has over 20 years mining industry experience in Australia and internationally, including China. He has held a diverse range of technical and engineering positions in mining companies and consulting firms and demonstrated abilities with running a modern mining operation. Based out of the Beijing office, Mr. Liu’s duties will include leading strategic mine planning, improving mine operation processes, and ensuring that operations match or exceed production goals and budgets.

Gordon Neal—VP Corporate Development
Gordon Neal has more than 30 years’ experience in governance, corporate finance and investor relations. He founded Neal McInerney Investor Relations in 1991. Through marketing more than $4 billion in debt and equity financings, the company grew to be the second largest full service Investor Relations firm in Canada with offices in Vancouver, Toronto and Los Angeles. Clients included; BCE, Nortel, Bell Canada International, Bell Mobility, Clearnet, Intrawest, Canaccord Capital, BMO Nesbitt Burns, and Blackberry (RIM). Mr. Neal was VP Corporate Development at MAG Silver Corp. where he was the key personnel is providing capital market strategies and solutions to the board. He has served on the board of Falco Resources, Balmoral Resources, Americas Petrogas, Rockgate Capital, and Xiana Mining. He has raised more than $500mn for resources companies since 2004. Mr. Neal graduated from Dalhousie University with a B.Sc. in Biochemistry. 1977. He has also served as a member of the Dalhousie University Senate and Board of Governors.

David Kong, CA, CPA (Illinois), ICD.D—Director
David Kong was born in Malaysia where he completed his high school education. He earned his Bachelor degree in Business Administration in Taiwan and spent two years working in Singapore. Mr. Kong immigrated to Canada in the mid 1970’s where he studied marketing in the University of British Columbia’s MBA program. Mr. Kong then earned his Chartered Accountant designation in British Columbia in 1978 and his U.S. CPA (Illinois) designation in 2002. From 1981 to 2004, he was a partner of Ellis Foster Chartered Accountants, the largest independent accounting firm in British Columbia. Ellis Foster merged with Ernst & Young LLP in 2005 and retained Mr. Kong as a partner of Ernst & Young LLP from 2005 to 2010 where he led its Chinese market practice in Canada and focused on serving Canadian public companies doing business in China and Chinese public companies listed on the North American stock exchanges. During his over 30 years of public accounting/auditing career, Mr. Kong focused mainly in mining companies listed on the North American exchanges. Currently, Mr. Kong is a director of New Pacific Metals Corp., Hana Mining Ltd., IDM International Limited, Uranium Energy Corp., and Brazil Resources Inc. Mr. Kong is a certified director (ICD.D) of the Institute of Corporate Directors.

Yikang Liu is the Past Deputy General Secretary of the China Mining Association and the 35th & 36th Vice-Chairman of the Geological Society of China. Before he retired in 2001, Mr. Liu was the Chief Geologist for the former Ministry of Metallurgical Industry of China. While there, he made significant contributions to the amendment of the last China Mineral Resources Law. Mr. Liu, representing Chinese interests, is the person responsible for the establishment of the first Sino-foreign joint venture for mineral exploration in China. Mr. Liu has over 40 years of geological experience in managing, evaluating and exploring mineral projects for the Chinese government in China and in many countries around the world including Bolivia, Ethiopia, Greenland, Iran, Madagascar, Peru, the Philippines and Zambia. In a mentoring capacity, Mr. Liu was an Adjunct Professor of Geology at the Changchun College of Technology, Northeast University and the China University of Geoscience. Silvercorp will benefit from the counsel of Mr. Liu’s expertise in mining development and exploration in China.

Paul Simpson is a Vancouver based corporate securities lawyer with the firm Armstrong Simpson. He has over 20 years experience, predominately advising public companies with international natural resource property holdings. He has been a director and officer of a number of public companies, including companies with resource assets in China.

Maclolm Swallow is a mining engineer with forty years of operating and project management experience, including the evaluation, development, construction, and operation of numerous underground and open pit mines involving precious and base metals. Among his many achievements, from 2008 to 2012 he was a Director and VP Development at Inter-Citic Minerals (ICI:TSX), a company that developed and sold the Dachang gold project in China to a major Chinese mining company. Mr. Swallow is a Canadian citizen based in British Columbia Canada.