Russia is not only known for its vibrant cities, rich cultural history and brilliant architecture. It’s also home to some of the most prolific mining districts in the world. According to a report issued by the Fraser Institute for Mining, the country ranks amongst the top 25 jurisdictions in mining attractiveness. That same report revealed that the country boasts an investment attractiveness rating above 70 percent, outranking notable European countries like Sweden, Norway and Spain.

Russia seeks to benefit from Europe’s green energy plans as a major contributor to the world’s precious and base metals, like silver and copper. With several high-quality mines and mineral deposits scattered near the country’s eastern border, active investors could see significant gains and economic success by investing in this European giant.

Azarga Metals Corp. (TSXV:AZR) is a mineral exploration and development company focused on its 100 percent owned Unkur copper-silver project in the Zabaikalsky province in eastern Russia. The project sits in a geographically advantageous region that shares a border with China and Mongolia.

Unkur leverages strategic positioning in a mining-friendly jurisdiction home to Udokan, the third-largest undeveloped copper deposit in the world. The flagship project’s similar geological structure has the possibility to mimic Udokan’s mineralization and copper-silver yield. 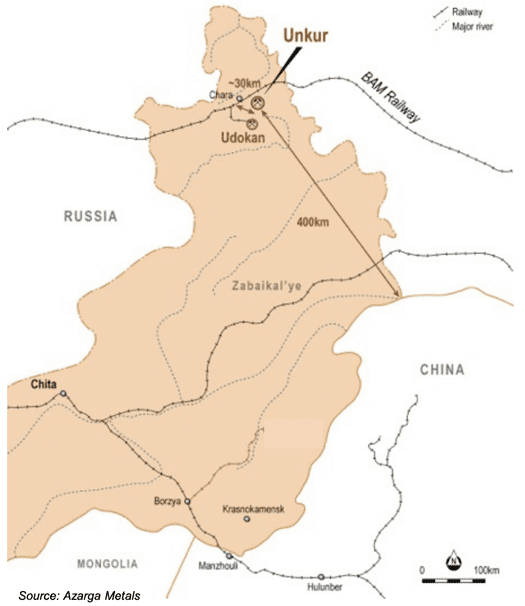 In April 2021, Azarga released positive updates on the flagship project, announcing its Preliminary Economic Assessment (PEA) study will consider various operating scenarios at Unkur, including a low capital and operating cost heap-leaching scenario. Consideration of these new methods creates the opportunity for lower capital expenditure and shorter timeline production for the company. 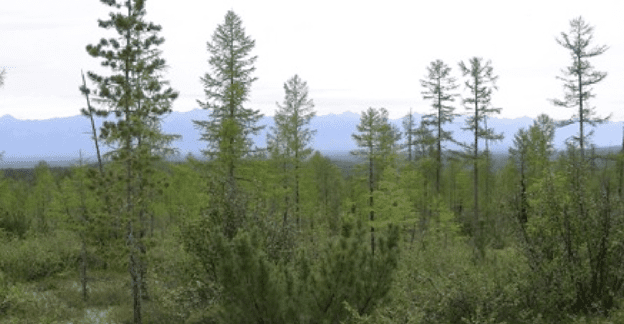 The following steps for the company include planning its physical exploration program in the eastern part of Unkur, which it expects to commence in August 2021. The confirmed presence of extensive copper and silver mineralization at Unkur East in January 2021 from a geochemical surveying program demonstrates justification for further exciting exploration and development.

Azarga Metals Corp. has a proven board and management team with experience in Russian mining, capital markets and low-cost exploration. This leadership and its technical team prime the company for outstanding discoveries across Unkur’s potentially vast copper-silver resource.

The information contained here is for information purposes only and is not to be construed as an offer or solicitation for the sale or purchase of securities. Readers should conduct their own research for all information publicly available concerning the company. Prior to making any investment decision, it is recommended that readers consult directly with Azarga Metals and seek advice from a qualified investment advisor.

Avrupa Minerals CEO Paul Kuhn said, “For investors, now's a great time. We're in the process of building new targets in three countries. We're going to get back to drilling in Q3 of 2022.”

June 29 th 2022 TheNewswire - Kiplin Metals Inc. announces that the Company has applied for the requisite exploration permits for its Summer geophysical program at the Cluff Lake Road Uranium Project in northwestern Saskatchewan.  Approval for the proposed IP program is expected in the near term. Data from the survey will be integrated with legacy datasets to develop targets for diamond drilling. The survey is to ...

June 29 th 2022 TheNewswire - Kiplin Metals Inc. (TSXV:KIP) (the " Company " or " Kiplin ") announces that the Company has applied for the requisite exploration permits for its Summer geophysical program at the Cluff Lake Road (CLR) Uranium Project in northwestern Saskatchewan. Approval for the proposed IP (Induced Polarization) program is expected in the near term. Data from the survey will be integrated with legacy datasets to develop targets for diamond drilling.

Joe Mazumdar of Exploration Insights also shared his thoughts on the copper market and how to evaluate copper deposits.

Joe Mazumdar: Good vs. Bad Financings — What to Look for When Juniors Raise Moneyyoutu.be

Raising money is a key challenge for juniors in today's markets — and even when companies are able to secure funds, it's key to remember that not all financings are equal.

Speaking at the Prospectors & Developers Association of Canada (PDAC) convention, Joe Mazumdar, editor of Exploration Insights, shared his thoughts on how investors can differentiate between good and bad financings.

Along with considerations like warrants, he told the Investing News Network that before buying shares of an exploration company it's a good idea to look at when it last went to market.