Fully-Integrated Payment and POS Solutions for the US Cannabis Industry

This POSaBIT Systems Corporation profile is part of a paid investor education campaign.*

POSaBIT Systems Corporation (CSE:PBIT,OTC:POSAF) is a fintech company that has developed a unique and innovative blockchain-enabled payment processing and point-of-sale (POS) system for cash-only businesses. The system is fully-compliant in each state and provides cannabis companies in the US with the opportunity to decrease the risks associated with operating on a cash-only basis.

In the US, federal cannabis legalization has been under the spotlight as more states adopt cannabis-friendly legislation despite it being an illegal substance at the federal level. Several bills have been proposed to protect banks and cannabis companies from federal prosecution. If the bills are passed, cannabis companies could be allowed to access the capital that they need to operate. It also opens opportunities for POS service providers to enter the market.

“There’s no industry — whether it’s the production and sale of cannabis or the production and sale of a cup of coffee – that can operate safely, transparently or effectively without access to banks or other financial institutions and traditional services,” said POSaBIT Co-Founder and CRO Jon Baugher. “That’s where we thought we could leverage the use of digital currency.”

POSaBIT intends to be ahead of its peers by establishing its system in legalized states throughout the country before legalization occurs. To date, POSaBIT has deployed its system in over 120 stores across California, Colorado, Oklahoma, Arizona, Nevada, Washington and Oregon. The company has plans to expand into and establish itself in each legalized state prior to federal legalization in order to capitalize on the national market.

The payment processing and POS platform is easy to use and allows cannabis companies to move away from a cash-only operation by offering debit card payments. The platform also collects data for retailers and manufacturers, helping them address the demands of the market more effectively. Aside from these benefits, the system also provides a 60 percent increase in sales when compared to cash-only purchases, making it an easy switch for cannabis companies looking to decrease the risks associated with cash-only operations.

Aside from the cannabis industry, POSaBIT also offers its solutions to a variety of other industries. The company has provided its services to a number of major brands such as Nike Inc. (NYSE:NKE), GoPro Inc. (NASDAQ:GPRO) and Guess? Inc. (NYSE:GES). The technology is also deployed in various cannabis stores across Washington, Oregon, Nevada, California, Arizona, Oklahoma, and Colorado, including The Reef dispensaries in Nevada, Starbuds dispensaries in Colorado, and Bud Huts dispensaries in Washington.

POSaBIT has attracted the attention of Salal Credit Union, who openly displays the company’s information on their website the Digital Currency Group (DCG), a venture capital company focused on the digital currency market. DCG has been a strategic investor in and champion of the company since its inception.

“We see the use of digital currencies as a payment rail growing in industries which have had challenges accessing traditional banking services in the past,” said Digital Currency Group Founder and CEO Barry Silbert.

Cannabis Legalization in the US

According to a report by BDS Analytics and ArcView Market Research, the US cannabis market is expected to reach up to US$23.4 billion by 2022. The market is growing due to high demand from consumers and the increasing legalization of recreational and medical cannabis in various states.

Growth in the market is also due to the changing federal stance towards cannabis. Currently, cannabis is a Schedule 1 Drug under the existing Controlled Substance Act (CSA) which means that the government believes the plant has no medical applications. In December 2018, the US Senate passed the Farm Bill which removed hemp as a Schedule 1 drug, creating a hemp-derived CBD market.

Most banks in the US currently refuse to work with cannabis companies in fear of being accused of money laundering by the federal government. This has forced many cannabis companies to become cash-only operations, rendering them vulnerable to theft and other criminal acts.

To combat these issues, as well as the lack of available capital, two bills have been introduced. One such bill is the STATES Act which will allow cannabis-based businesses to run their operations legally, providing access to capital at federally-regulated banks and enabling businesses to list on US stock exchanges without penalty.

The second bill is the SAFE Banking Act, which has been approved by the House Financial Services Committee. The bill would prevent banking regulators from penalizing banks that work with cannabis-related businesses.

With the introduction of these two bills, the industry is hopeful that federal legalization will be forthcoming in the near term. However, POSaBIT believes that federal legalization is still two to three years away. The company believes that more states will legalize before the federal government reverses its stance, providing cannabis companies the opportunity to establish themselves in each market before launching on a national scale.

To combat the banking issues US cannabis companies face, POSaBit has developed a compliant, fully-integrated payment and POS system. The system allows cannabis companies to move away from a cash-only operation by offering debit card payments and ease-of-use for clients and consumers alike. The platform collects data for retailers and manufacturers, allowing them to make informed decisions on product offerings and brand direction.

POSaBIT has differentiated itself from its peers by providing 360 degree care to its consumers. The company provides support to its customers from installation to implementation and beyond. POSaBIT has even offered to help customers move their data over to another system if they decide to switch POS platforms. 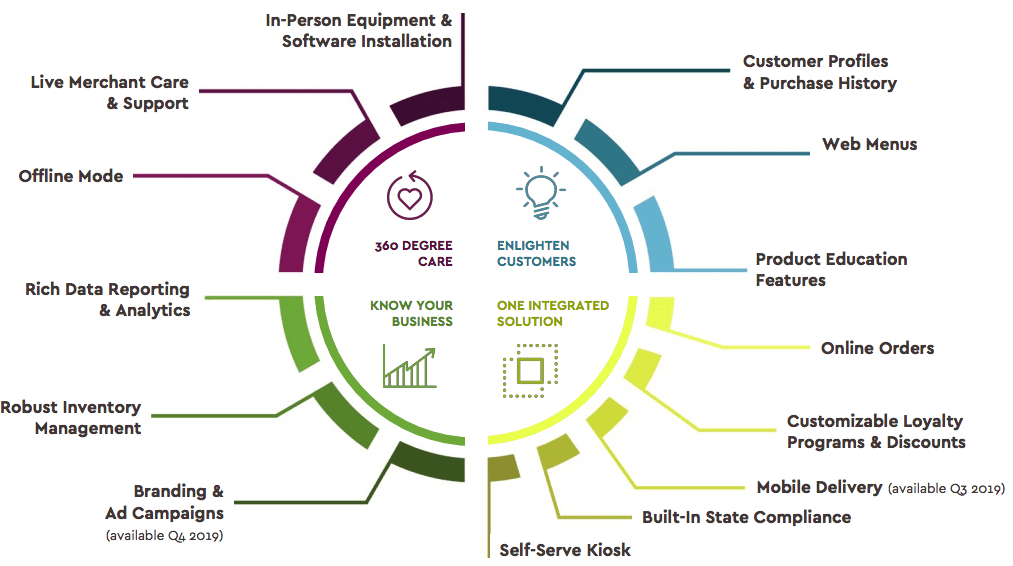 The company offers its POS system to companies outside of the cannabis sector, such as the food services and hospitality industries. Within 2018, POSaBIT processed $85 million in payments in the food services industry alone.

POSaBIT allows cash-only businesses to accept debit payments through its fully-compliant blockchain-based payment processing solution, providing numerous advantages for cash-only enterprises. The solution ensures that there are no large quantities of cash on hand, making a safer environment for employees. It also saves retailers from spending money on armored-car pickups, expensive make-shift integrations and other operational inefficiencies. Most importantly, it allows retailers to provide a convenient and seamless checkout experience for their customers, while also collecting data.

POSaBIT offers retailers a hand-held device that allows them to come to their customers. The company also offers multiple hardware options and integrates the system with over eight leading payment providers. When using the solution, retailers experience a 60 percent increase in sales when compared to cash purchases as customers pay 60 to 70 percent more when making a debit transaction. Clients are also able to use the system without having to download any third-party apps.

After introducing clients to its payment processing platform, POSaBIT then directs clients to the company’s fully-compliant POS system. The system has been designed to be intuitive and easy to use, while integrating everything a retailer may need into one software program, including the ability to process debit transactions. The system includes real-time seed-to-sale reporting, return and destroy inventory, reconcile tills, run key sales reports, SMS marketing, set up discounts, customer profiles and build loyalty rewards programs, which help increase sales and generate more revenue.

The POS system provides interactive tools that facilitate consumer education and engagement, such as great imagery and product descriptions. The system also features a customer profile section that helps keep track of a consumer’s favorite products and purchase history. Numerous brands are using the POSaBIT POS system, including The Reef dispensaries in Nevada. 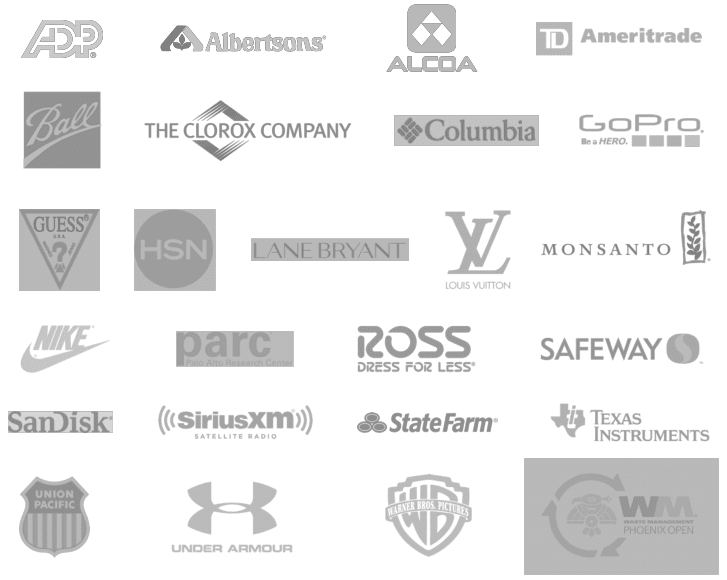 Through the payment and POS system, POSaBIT can track real-time data for its clients. The data can be provided to manufacturers in the cannabis industry, allowing them to figure out what products are selling the most while also learning about consumer demographics. This allows manufacturers to meet the demands of the market more effectively and provides useful feedback when developing new products and brands. 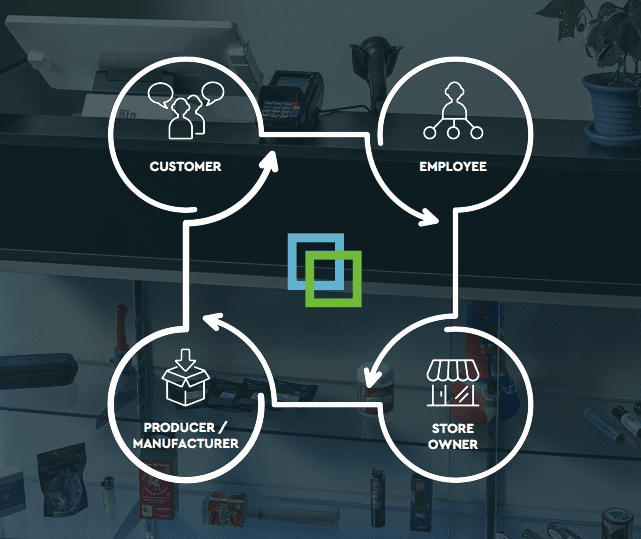 POSaBIT’s POS system is currently used in over 120 across California, Colorado, Oklahoma, Arizona, Nevada, Washington and Oregon. The company has plans to expand across all legal states in the US within the next two years. POSaBIT intends to increase its footprint to three additional recreational states and up to five medical states in the near term.

The company expects to entice new customers to the system initially with its payment platform. Once the platform is integrated, POSaBIT plans to approach its clients with the POS system and data platform. The company hopes to be firmly established in each legal state before cannabis becomes legal on the federal level in the US. 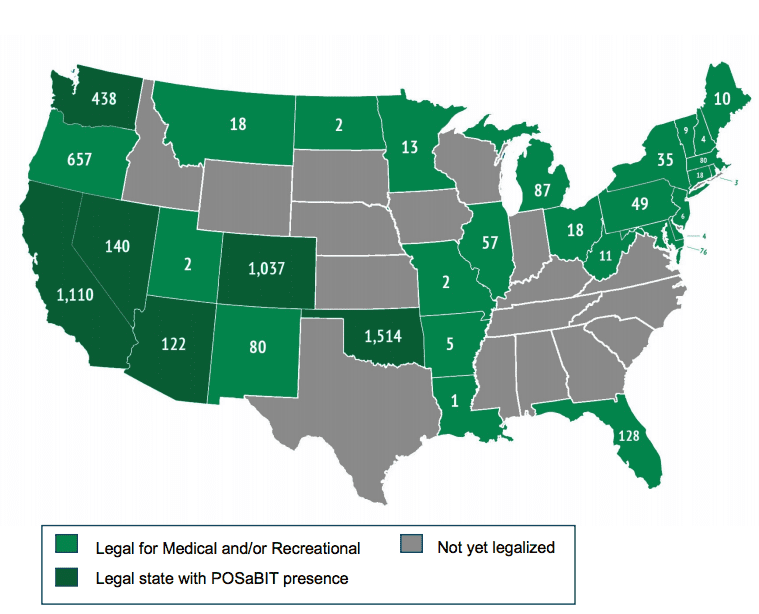 Ryan Hamlin has over 26 years of software development and management experience. As an executive at Microsoft, he managed over 1,000 person teams and over $500 million in revenue. In 2011, he founded PlaceFull.com, a powerful online booking and e-marketing platform. PlaceFull continues to grow its operations in the US and Canada and Hamlin still serves as the Chairman of the Board. He has served on several start-up and larger non-profit boards.

Stephen Gledhill has two decades of financial control experience, acting as CFO and Corporate Secretary for multiple publicly-traded companies. He is a founding member of Keshill Consulting Associates.

Jon Baugher has over 28 years of hardware and software technology sales experience on a national and global scale. He co-founded POSaBIT with Ryan Hamlin in 2015, where he is responsible for sales execution, revenue growth and customer success. He was VP of Sales for PlaceFull, Senior Director of Sales at Adapx and Director of Worldwide Sales for Microvision. He has also held senior leadership positions at AEI and Markette Systems.

Andy Sweet brings over two decades of software start-up experience with a proven history of technical leadership. He founded Diamondsoft and was an executive at Shop & Support.

With a long and distinguished history of success in the software and technology industries, Jaffe brings a lifetime of experience in corporate development, operational excellence, and strategic investment to POSaBIT. He has formerly served as the Corporate Vice President of Corporate Development for Microsoft Corporation, was the CEO of the largest new Top Level Domain registry, Donuts Inc., where he recently scaled and sold the company, and currently serves as an adviser, consultant, and investor of early stage technology companies

Mr. Apker brings a lifetime of experience and insight to the POSaBIT team. Mike was founder and CEO of Oberon Financial Technology, an investment management software company which was later acquired by Envestnet, Inc. He recently retired from Envestnet after 15 years in a variety of capacities, including Chief Operating Officer, Executive Vice President and Managing Director. Prior to his tenure in wealth management services, Apker spent 20 years at Hewlett-Packard and at Silicon Graphics, Inc.

The information contained here is for information purposes only and is not to be construed as an offer or solicitation for the sale or purchase of securities. Readers should conduct their own research for all information publicly available concerning the company. Prior to making any investment decision, it is recommended that readers consult directly with POSaBIT Systems Corporation and seek advice from a qualified investment advisor.