This Playground Ventures profile is part of a paid investor education campaign.*

The well-established video gaming industry is expected to grow at a CAGR of 9.33 percent to reach a worldwide market value of US$222.9 billion by 2025. The largest segment of this industry is mobile gaming, which reached a market value of US$110 billion in 2021 worldwide. The attractive revenues in this industry have led to major partnerships between video gaming companies and large television and film production studios. Ubisoft Entertainment SA (EPA:UBI) produced ‘South Park’ and ‘Avatar’ games while Insomniac Games Inc. produced ‘Spider-man’ games.

The Walt Disney Company’s 2017 deal with EA to exclusively develop ‘Star Wars’ products has reportedly generated billions of dollars in revenue for EA with the related mobile game currently being classified as a billion-dollar entity. As a result, companies in the video gaming industry and, more specifically, the mobile gaming industry with products released in partnership with large entertainment production studios may be an intriguing investment for investors seeking a significant return on investment.

Playground Ventures (CSE:PLAY) is an active management company focused on identifying, acquiring, financing and supporting private companies in the mobile game and digital media industries. The company seeks to create shareholder value by offering early-stage access to a portfolio of private companies with highly prospective products and projects. 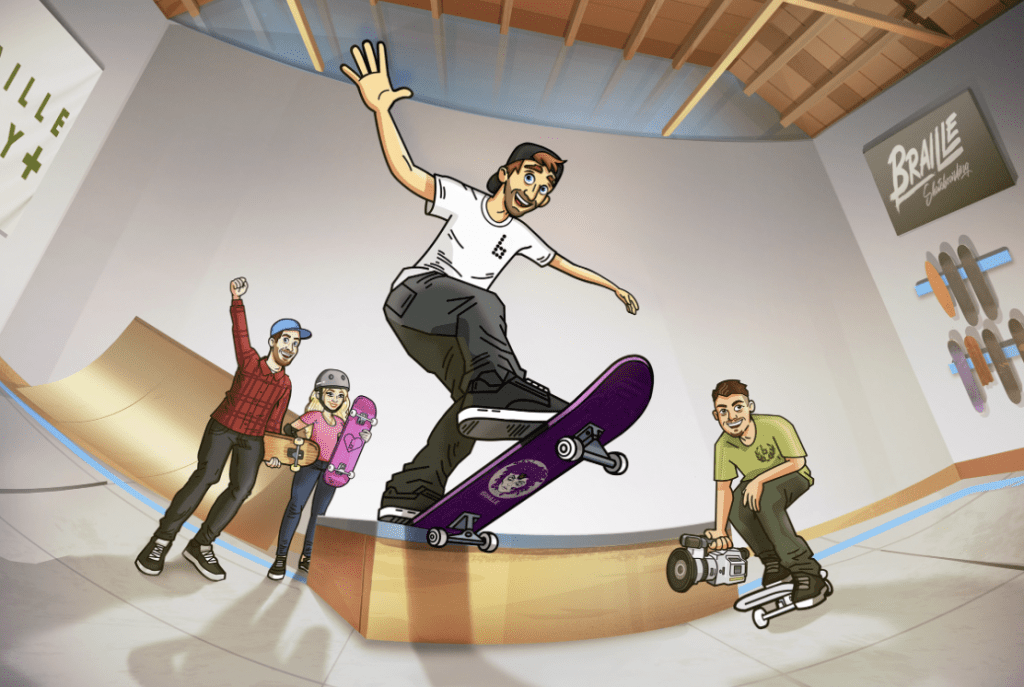 In April 2021, Playground Ventures acquired 40 percent interest in MotionPix Game Studio as part of a joint venture with Ludare Groups Inc. The MotionPix Game Studio joint venture will launch a high-profile mobile gaming asset that has already been fully developed. The mobile game is set to be released in the second quarter of 2022 in conjunction with a highly anticipated blockbuster movie release.

In May 2021, Playground Ventures seed invested C$350,000 in TinyRex Games Inc. for the rights to certain shares in the capital of the company. Led by a management team with a history of success in the mobile gaming and social casino industry, this partnership will bring to market three exciting idle genre games over the course of the next two years. The games will be available on iOS and Android mobile platforms with the first release ready for download in early 2022.

In July 2021, Playground Ventures entered a seed investment agreement to acquire up to 60 percent interest in GG Hub SRL (“Got Game”). Got Game is an Italian media gaming corporation founded by an experienced team of entrepreneurs and broadcasting professional. The team is building a vertically integrated European based broadcast and streaming channel that will focus on the gaming, Esports and digital media world. With a targeted launch date of late Q4 2021 for their Italian platform, this channel will provide 24/7 media content that will be translated into multiple languages and available on several media platforms. They are currently in discussions with providers to expand into different European countries.

In October 2021, Playground Ventures completed the acquisition of Countervail Games Ltd., a mobile game developer with exclusive rights to a proprietary mobile game project. This game was developed alongside another high-profile game developer and is licensed with Braille Skateboarding, the largest online skateboarding community in the world. Their first project titled “Skate Video Tycoon” capitalizes on Patent Pending Proprietary IP of the integration of Live video and Digital media in an Idle genre game. This game is currently in soft launch and is getting ready for the user acquisition phase of commercialization. 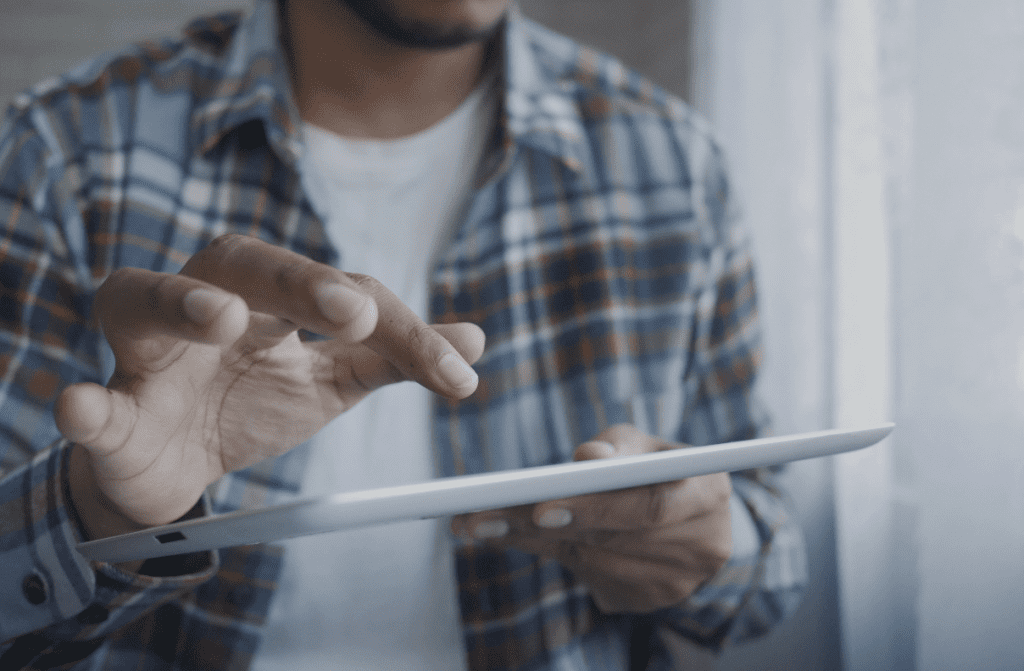 As a new company with an active acquisition strategy, Playground Ventures boasts a tight capital structure with 55,402,237 shares outstanding with 60 to 70 percent of shares currently held by company insiders. The company also has an impressive market capitalization of $11,080,447 with a share price of $0.20.

Going forward, the company plans to bring its current assets to market and expects to be cash-flowing in the first half of 2022. As Playground Ventures continues to scale its operations, they will work towards having its own in-house user acquisition assets and will move to hire a CTO. The management team is also in the process of performing its due diligence on several local and global opportunities to expand its portfolio of assets.

The company is led by a thoroughly experienced management and advisory team with decades in the gaming and investment industries. Playground Ventures advisory board includes key industry leaders with a network of strong industry connections to facilitate deals and company progress.

Jon Gill is a former operating partner at HSD Capital which is a merchant bank. Gill is president and CEO of Super Electric Corporation which is a consumer products company based in North America and Asia. Gill is also a managing director of SEGA Entertainment Canada. He also spent 11 years with a national brokerage firm and was the past president and chairman of the Toronto Investment Dealers Association.

Chris Irwin practices securities and corporate and commercial law. Irwin is also the president of Irwin Professional Corporation. He advises a number of public companies on a variety of issues including compliances, regulatory issues, reverse-takeover transactions, initial public offerings and M&A.

Harrison Reynolds is an entrepreneur in the tech and entertainment sectors. He has been a founding member of multiple venture-backed startups in the film and mobile gaming industries and has assisted in their concept development, corporate strategy and raising of private equity.

Ms. Kumra is an accounting and finance professional with over 15 years of experience in audit, finance & business operations with a CA and CPA designation. Most recently Nidhi served as VP Finance for a global marketing agency and previous to that, Nidhi led the finance team at Labatt Breweries, a subsidiary of AB InBev – a Fortune 500 Company.

With her Designation of CA and CPA, she was a former Manager in the audit practice at Deloitte LLP. Ms. Whitcroft most recently served as the Controller and Senior Manager of Acquisition at an international company, where she managed a finance team in a division that had grown over 100 percent in one year through significant acquisition activity.

Jay Balmer held a former leadership position at EA Games where he created the revolutionary and patented gameplay controls for the award-winning Skate franchise. Balmer joins the advisory board with 17 years of industry experience and as a founding partner of Session Games.

Ron Segev is a founding partner of Segev LLP and recognized by chambers and partners as one of the top gaming lawyers in the country. He has extensive experience in private and public M&A and finance transactions. Segev sits on the board of several publicly-traded companies.

Andrew Murphy has 20 years of industry experience and currently is a founding partner of Session Games. While at EA Games and Microsoft, he created the worlds for the SSX trilogy, Need for Speed and the Gears of War Franchise.

Sheldon Inwentash is the founder, chairman and CEO of ThreeD Capital Inc. which is a publicly traded Venture Capital fund. Inwentash has over 30 years of investing experience and has been an early investor in several companies that have had successful exits.

Ian Verchere was involved in the creation of over 40 games that have generated over $1 billion in retail value while working for publishers such as EA, Sony, Disney and ESPN. Verchere has over 30 years of industry experience and is a founding partner of Session Games.

Kenny Huang is a co-founder of the Bluebat game that was acquired by Greentube. Huang is credited for his contribution with 7 Triple A titles including NHL, Fight Night, FIFA, NBA and Madden. Huang is the founder and current CEO of TinyRex Games.

Ben Stoddard created several number one free-to-play action sports games, shipped multiple titles for Red Bull Media House and has participated in the development of EA titles such as the Skate and SSX franchises. Stoddard has 15 years of industry experience and is a founding partner of Session Games.

The information contained here is for information purposes only and is not to be construed as an offer or solicitation for the sale or purchase of securities. Readers should conduct their own research for all information publicly available concerning the company. Prior to making any investment decision, it is recommended that readers consult directly with Playground Ventures and seek advice from a qualified investment advisor.