If you love gold and you love the USA, then you need to be in Nevada, the world's fifth largest producer of gold, totaling almost 170 million ounces from 1850 to 2018. Nevada is known for its large clusters of deposits known as "Trends", and a majority of Nevada's gold production comes from the Carlin Trend, the Cortez Trend and, of course, the Walker Lane Trend where Lahontan Gold is operating.

Lahontan Gold (TSXV:LG) may be a new player in Walker Lane but the company is one investors should pay close attention to. Lahontan Gold was formed by combining three high-quality projects held by Victoria Gold and KA Gold LLC in September 2020.

KA Gold is a private company with a strong successful background in the capital markets. Headed by two Managing Partners, Kimberly Ann and Brian Maher, KA Gold has partnered with several mid-tier precious metal producers on precious metals projects in the Great Basin of the western United States.

This time, she is focused on bringing Lahontan Gold to a similar success and is ready to dig into the work. In an interview with INN, she said, "I've sold three companies and made money for my people and I want to continue down that path of success because I believe in the mining space. We need CEOs that want to work for the shareholders more than their salary. I don't care about that. I care about building things and making money for my shareholders."

Brian Maher is Lahontan Gold's Director of Exploration, and brings over 40 years of experience in international mining and exploration. Maher's long list of accomplishments include being part of Argonaut Gold's $340M acquisition of Prodigy Gold, leading exploration and mine operations for Metallic Ventures Gold and Hochschild Mining. Maher is also the President and CEO of PPX Mining (TSXV:PPX), an exploration and development company already operating a high-grade underground gold and silver mine in northern Peru.

Lahontan Gold Corp is named for prehistoric Lake Lahontan which covered over 22,000 square kilometres of westerrn Nevada and eastern California during the last Ice Age.

Lahontan Gold's fully-owned flagship Santa Fe project produced approximately 400,000 ounces of gold between 1988 and 1992 and is contiguous with the Isabella Pearl mine operated by Fortitude Gold. The Isabella Pearl mine is a high-grade open-pit heap leach operation currently in production.

Kimberly Ann shared how she got involved with the project and said to INN, "Our flagship asset Santa Fe was in the hands of Victoria Gold for a very long time and the CEO came to me and said he wanted me to run the project. I had just sold my last company for a seven-fold profit for my shareholders in less than 24 months, so I had a lot of people with their eyes on me wanting to know what I was going to do next."

She is dedicated to Lahontan Gold's success and said "We're going to build this up as far as we can take it, whether we build it to production or sell it off, it doesn't really matter. Whatever makes our shareholders money." 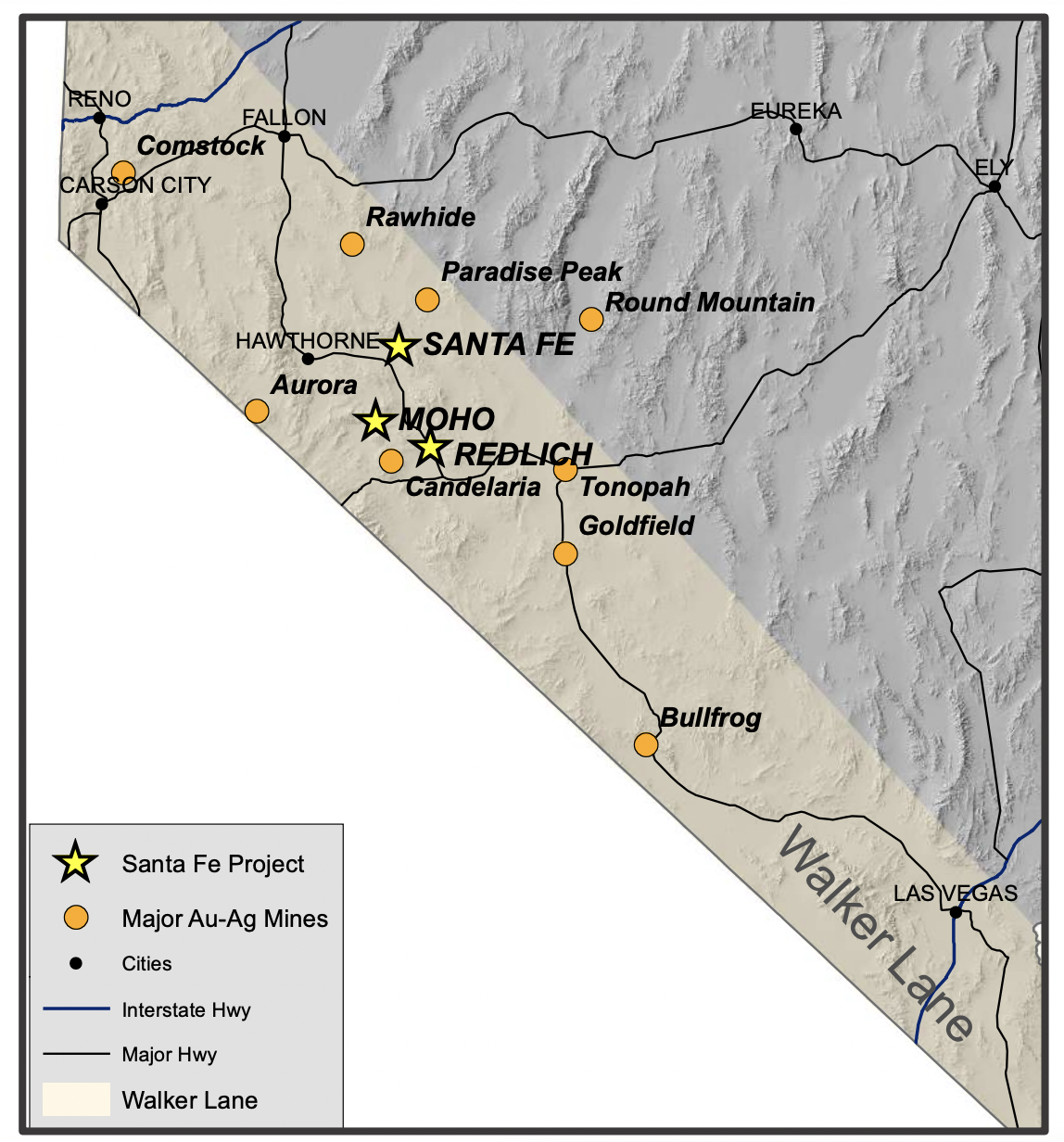 On the other hand, the company's Moho project hosts a group of past-producing, high-grade gold and silver veins and structures. The company strongly believes that the Moho project has the potential to reach one million ounces at grades as high as 9 to 15 gpt of gold equivalent.

Lahontan Gold's Redlich project has the potential to be a major discovery with a historic resource estimate of 16.5 million ounces of silver equivalent. The Redlich project is also on strike with the Candelaria open-pit silver mine.

The company is well-funded with a strong financial position. In August 2021, the company announced the closing of an oversubscribed private placement with gross proceeds of C$5,100,714 which greatly exceeded the company's goal of C$3,500,000. In total, the company has raised C$8.5 million and is completely debt-free.

Lahontan Gold plans to continue its drilling program on its Santa Fe asset with an aggressive 25,000 meters in 2021 and 2022. The company has a goal of providing its shareholders with an NI 43-101 resource estimate in 2022

and hear about exciting investment opportunites.

The information contained here is for information purposes only and is not to be construed as an offer or solicitation for the sale or purchase of securities. Readers should conduct their own research for all information publicly available concerning the company. Prior to making any investment decision, it is recommended that readers consult directly with Lahontan Gold Corp. and seek advice from a qualified investment advisor.

and hear about exciting investment opportunites.