Delrey Metals has signed a definitive option agreement to earn an 80 percent interest in the company’s flagship Four Corners vanadium-iron-titanium project in Newfoundland, Canada. Newfoundland and Labrador is one of Canada’s top-ranked mining jurisdictions, partly due to the province’s straightforward permitting process, which is relatively easy for companies to navigate.

As part of its option agreement, Delrey Metals will form a joint venture partnership with Triple Nine Resources Ltd upon earning the 80% interest. Through the partnership, Delrey Metals will be gaining access to the knowledge of Triple Nine Resources COO Vic French, who has been a part of the exploration and development of the Four Corners project for the past 10 years and has numerous connections throughout the jurisdiction.

The Market for Vanadium 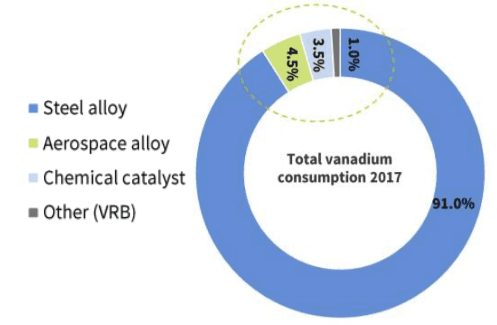 While VRBs comprise a small portion of the vanadium market, their usage in solar and wind power is on the rise due to its ability to store large amounts of power for long periods. VRBs are non-flammable, environmentally-friendly, have long life spans and maintain 90 percent of their capacity over 20 years. Analysts are estimating that the VRB market could reach US$1.11 billion by 2025.

Delrey Metals has signed a definitive option agreement to acquire an 80 percent interest in Triple Nine Resources’ Four Corners vanadium-iron-titanium project in Newfoundland, Canada. The 5,157.19-hectare property is 25 kilometers east of Stephenville and 40 kilometers east of the Port Harmon complex in Newfoundland. The property is accessible by the Burgeo Highway, and a 33-megawatt power line crosses the property. 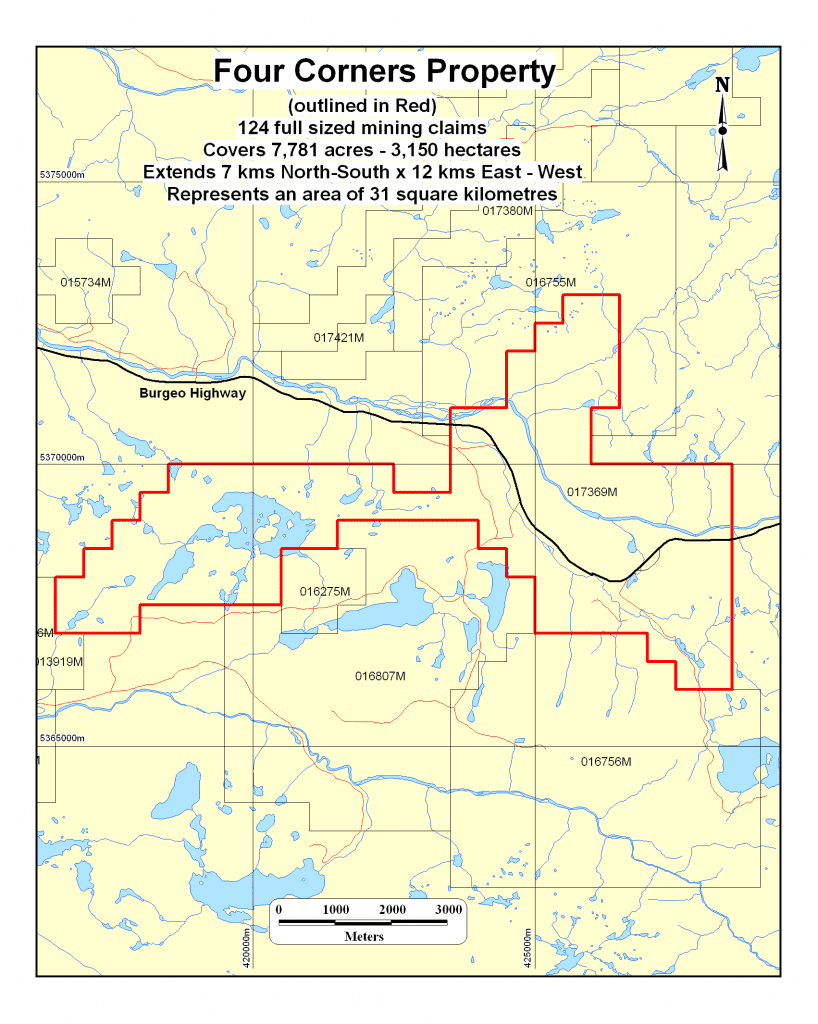 The Geological Survey of Canada has determined that the Keating Hill East magnetic anomaly is 4,500 meters in length, has a width between 400 meters to 1,100 meters and has been mapped 590 meters from the surface but remains open at depth. The Geological Survey of Canada believes that the anomaly conservatively represents a 2-billion-tonne target. Although this estimate is based on historic work the company intends to follow up on the prior work to bring estimates compliant to 43-1010 standards. In 2011, an airborne electromagnetic survey identified three new target anomalies which increased the strike length to 12 kilometers.

Preliminary exploration indicates that the mineralization at the Keating Hill East target is producing the new anomalies. Grab samples from the strike length have returned values up to 56.92 percent iron, 15.13 percent titanium and 0.39 percent vanadium oxide.

In addition to the company’s Four Corners property, Delrey Metals has also recently acquired four vanadium properties in northern British Columbia. Each project is situated near the coast, providing the company with a direct shipping route to major overseas markets. 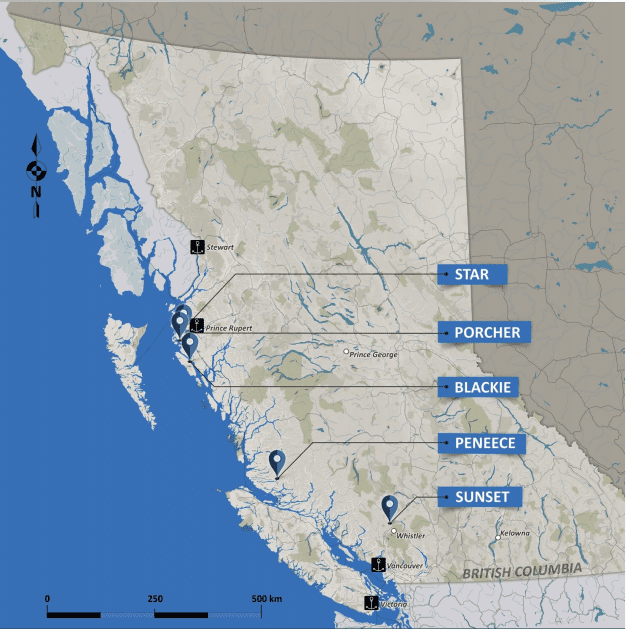 Delrey Metal has completed four individual magnetic geophysical surveys on its properties in Prince Rupert and Port Hardy. The positive results from the surveys will help the company plan its phase II work program, which will include prospecting and mapping over any identified magnetic highs. The company has also staked additional ground around the properties due to much larger magnetic anomalies than previously defined.

The 1,213.2-hectare Blackie vanadium property is approximately 96 kilometers south-southwest from Prince Rupert, British Columbia. Historical barge-logging has created a network of logging roads to the northwest and west of the property. The high-grade Yellow Giant underground mine is four kilometers southwest and was last in operation in 2015.

The property hosts a large gabbroic body that carries disseminations and bands of vanadium-bearing mineralization over a substantial area. Assays from the gabbroic body ranged from 20 percent to 25 percent iron, 1.1 percent to 1.9 percent titanium and up to 0.33 percent vanadium in 1984. Individual outcrop results returned up to 49 percent iron, seven percent titanium and 1.2 percent vanadium. 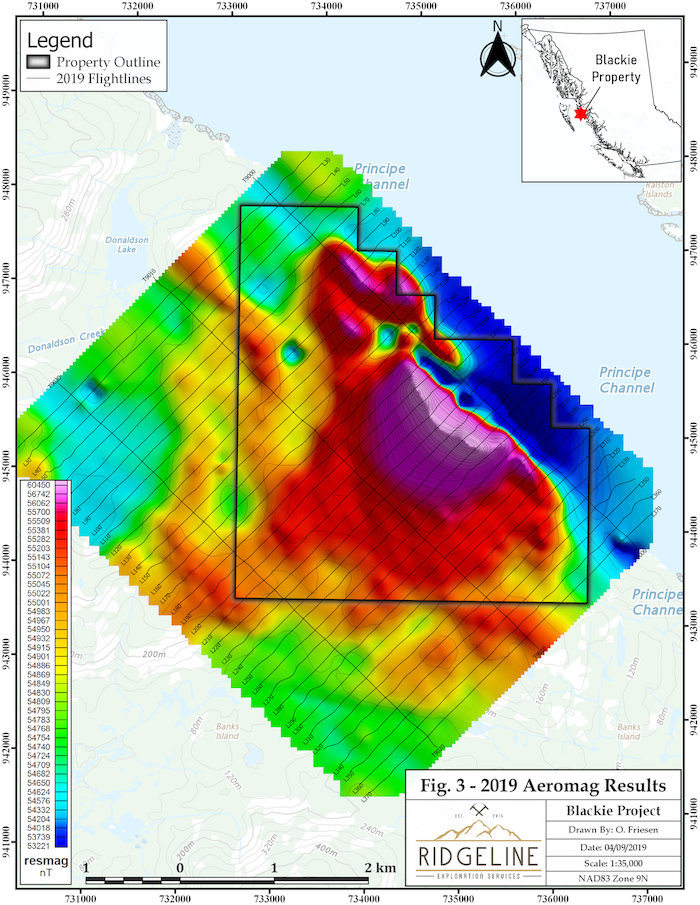 The 3,122.16-hectare Procher property is approximately 38 kilometers south-southwest from Prince Rupert and is accessible year-round by float plane, helicopter, ferry or charter launch from the Oona River. A network of logging roads lies to the northwest and southeast of the property. The high-grade Surf Point gold mine was operational between 1919 and 1939 and is nine kilometers from the property.

The property hosts two north to south trending gabbroic dykes that host iron, titanium and vanadium mineralization. The dikes are coincident with a large magnetic anomaly. Limited sampling took place in 1962 and results ranged from 0.3 percent to 1.5 percent titanium and 0.2 percent to 0.5 percent vanadium. 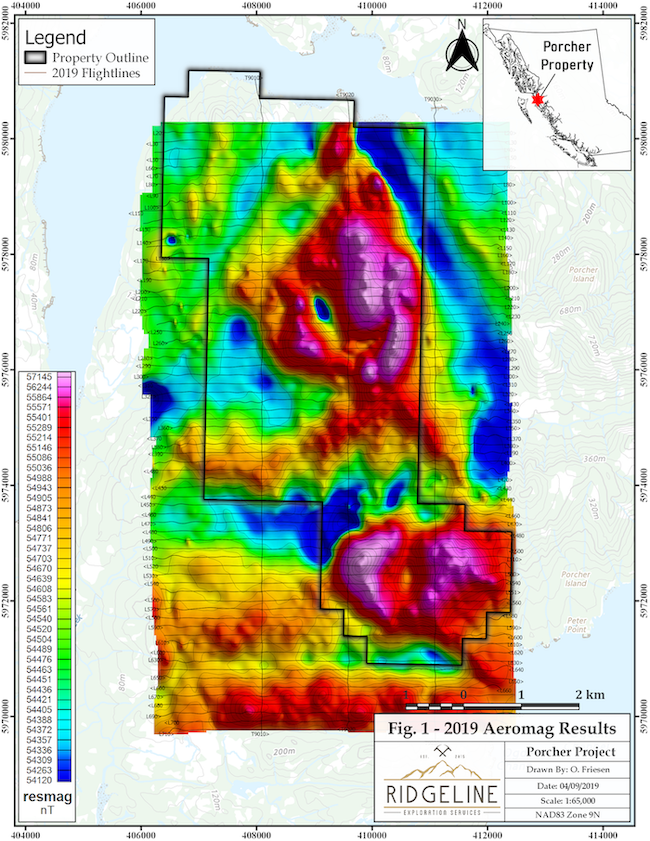 One Resources Canada also identified a five-kilometer by seven-kilometer magnetic high in the middle of the claim group. Historical drilling indicates that a significant resource potential exists on the western side of the property. In 2000, the British Columbia Geological Survey completed a regional geochemical survey over the property which highlights up to 148 ppm vanadium in-silt and 5.06 percent iron. 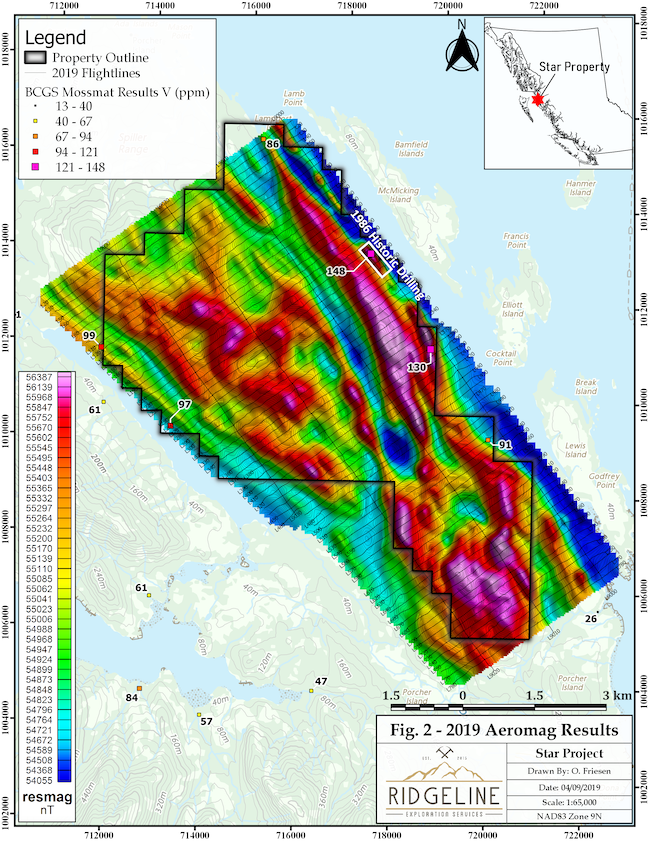 The 1,500.4-hectare Peneece vanadium project is located at the head of the Seymour Inlet in the Vancouver mining division in southwestern British Columbia. The property is accessible year-round by float plane, helicopter or charter launch from Port Hardy, which is approximately 68 kilometers away. A network of logging roads run through the center of the property.

The property hosts a northwest to southwest trending 4.8-kilometer long by 800-meter wide pyritic gabbroic complex associated with vanadium-bearing mineralization. The complex remains open in all directions. In the late 1950s, a magnetic survey was completed on the property as well as limited sampling. Notable sampling results range between 0.16 percent and 0.33 percent vanadium and up to 6.5 g/t silver.

Morgan Good is a venture capitalist with 15 years of experience as a stock market professional focusing in areas of finance, corporate development and investor relations. He founded Patriot Capital in 2013 to invest in both private and public equity, with an emphasis on sourcing undervalued opportunities in the mining resource, cannabis and technology sectors. He recently served as CEO and Director of Ignite International Brands (CSE:BILZ) and handed his CEO role over to Instagram celebrity and professional poker star, Dan Bilzerian. He has been directly and indirectly responsible for raising in excess of $100 million over his career.

Mike Blady has served as senior management, director and member of the audit committees for several publicly-listed companies. Currently, he is the CEO and Director of Golden Ridge Resources (TSXV:GLDN), which recently made a new major alkalic copper-gold porphyry discovery in the Golden Triangle. He is also an Officer and Director of GTEC Holdings (TSXV:GTEC). He has served in many other companies on executive levels where he has been directly and indirectly responsible for raising in excess of $100 million to date.

Leighton Bocking is an independent corporate development consultant. He was the Manager of Corporate Development at Gold Standard Ventures Corp. from October 2014 through November 2015, and prior to that worked in a corporate development role at Timmins Gold Corp. from March 2008 through July 2013, both mining resource companies that combined raised in excess of $100 million.

Alastair Brownlow is a Chartered Professional Accountant and a US Certified Public Accountant (Washington) with significant public company experience who has specialized in the mineral exploration and development field in Canada and throughout the world. He also previously worked as an auditor in the British Virgin Islands specializing in financial and regulatory reporting of public and private fund and trust companies. Prior to this, he worked for a Canadian chartered accountant firm where he specialized in the mining industry, gaining significant accounting experience auditing mineral exploration and development companies in Canada and throughout the world. Brownlow has a Bachelor of Business Administration degree with first class honors from Simon Fraser University.

The information contained here is for information purposes only and is not to be construed as an offer or solicitation for the sale or purchase of securities. Readers should conduct their own research for all information publicly available concerning the company. Prior to making any investment decision, it is recommended that readers consult directly with Delrey Metals Corp. and seek advice from a qualified investment advisor.