This Alpha Esports Tech profile is part of a paid investor education campaign.*

Between 2019 and 2023, the online gaming sector is predicted to surpass US$200 billion, with a CAGR of 7.2 percent % over that period. More and more consumers are turning to digital forms of entertainment as a way to stay connected and engaged both socially and competitively with friends and online communities. Amazon’s (NASDAQ:AMZN) Twitch.tv saw 17 billion hours of content watched in 2020, up 83 percent from 2019’s 9 billion, while Valve’s popular game marketplace Steam saw its DAU’s increase to 120 million, up from 95 million in 2019.

It is clear COVID-19 has created serious tailwinds for the gaming industry, which proved to be a popular form of entertainment while the world was stuck in quarantine. According to a report by GlobalData, the Esports industry has caught the attention of a wider audience with online formats spiking interests from traditional sports organizations amid COVID-19.

Alpha Esports Tech (CSE:ALPA) is set to capitalize on this growing gaming trend through its competitive gaming platform GamerzArena that offers tournaments, head-to-head betting, skill-based contests and league play with Alpha Coin, a Bitcoin-pegged token. Through its “freemium” model and exciting new partnerships, the company is creating a tremendously vast ecosystem in the online gaming and esports world. 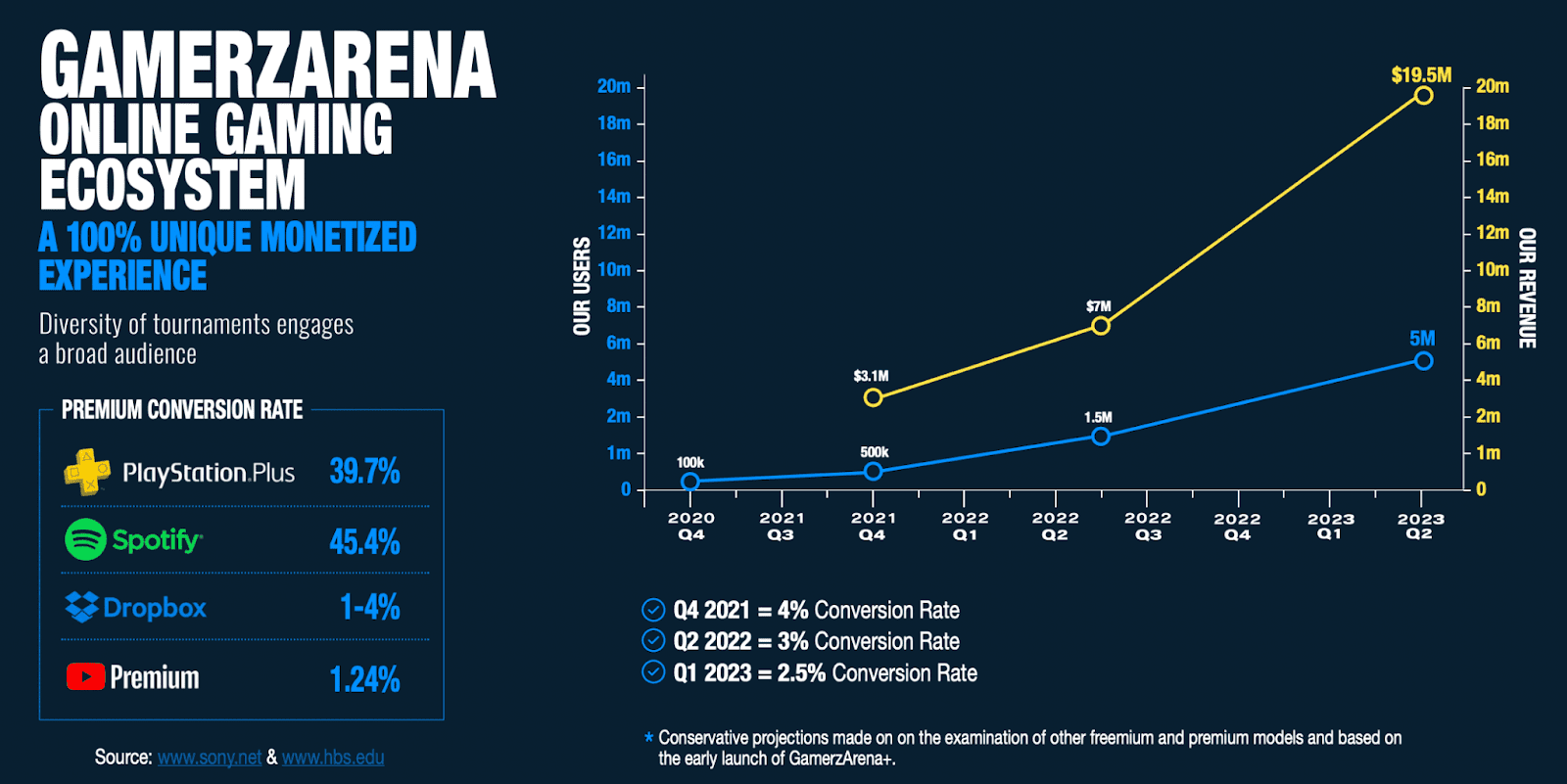 The GamerzArena platform provides a high-quality experience that leverages a “freemium” model that allows users to immerse themselves in the gaming world with few restrictions. The level of free value this platform provides makes it an easy upsell for the platform’s premium subscription model, GamerzArena+. Users gain access to Alpha Coin, a Bitcoin-pegged token, bigger tournaments and prizes, gameplay stats and analytics, head-to-head betting and the opportunity to be scouted to larger teams and leagues.

In May 2021, Alpha Esports tech partnered with Spartan Athletics, the athletic arm of Trinity Western University. Alpha will provide Esports services for Spartan athletes, Trinity Western University students and the community that supports the Spartan Foundation. As a starting point for this partnership, Spartan Athletics and Alpha will work together to co-market Esports events on the Company’s online platform, GamerzArena, where the Company will provide Esports expertise and event management, and Spartan Athletics will promote the events amongst their athletes and community

Additionally, the Vancouver Whitecaps Football Club chose to partner with Alpha Esports Tech because of their ability to offer an all-encompassing pathway to the esports online gaming world. This relationship has given them access to 40,000 new members from the Whitecaps youth development league, broadening market share through user acquisition for GamerzArena+ and adding sponsorship revenue from future tournaments and collaborations.

These partnerships are providing international exposure as well. One such partnership is with Irony, an India-based esports company. GamerzArena will become the exclusive partner for all of Irony’s esports events, hosting and operating multiple gaming tournaments for Irony, including an eDevelopment league where Irony will be able to scout and sign top gaming talent to their program.

A growing pocket of the gaming world is mobile gaming, which by the end of 2021 is set to be 52 percent of the entire gaming sector alone. Alpha Esports Tech has made it a top priority to capitalize on this sector by recently acquiring Paradise City Gaming. Paradise City Gaming’s budding portfolio of mobile games will further grow Alpha Esports Tech’s user base through the ability to offer skill-based contests, head-to-head betting and tournament entry fees in a new market.

With multiple years of combined experience in the online gaming and multimedia industry, the leadership team is demonstrating they are well equipped to reward shareholders and show no signs of slowing down. The ability to rapidly grow a user base, close major partnerships and connect with their target market is proof Alpha Esports Tech has the creativity and industry knowledge to execute on current and future projects. With strong projected sector growth, a market cap of just CA$20.6 million and an exciting leadership team, Alpha Esports Tech has put itself in a very strong position to continue expanding. 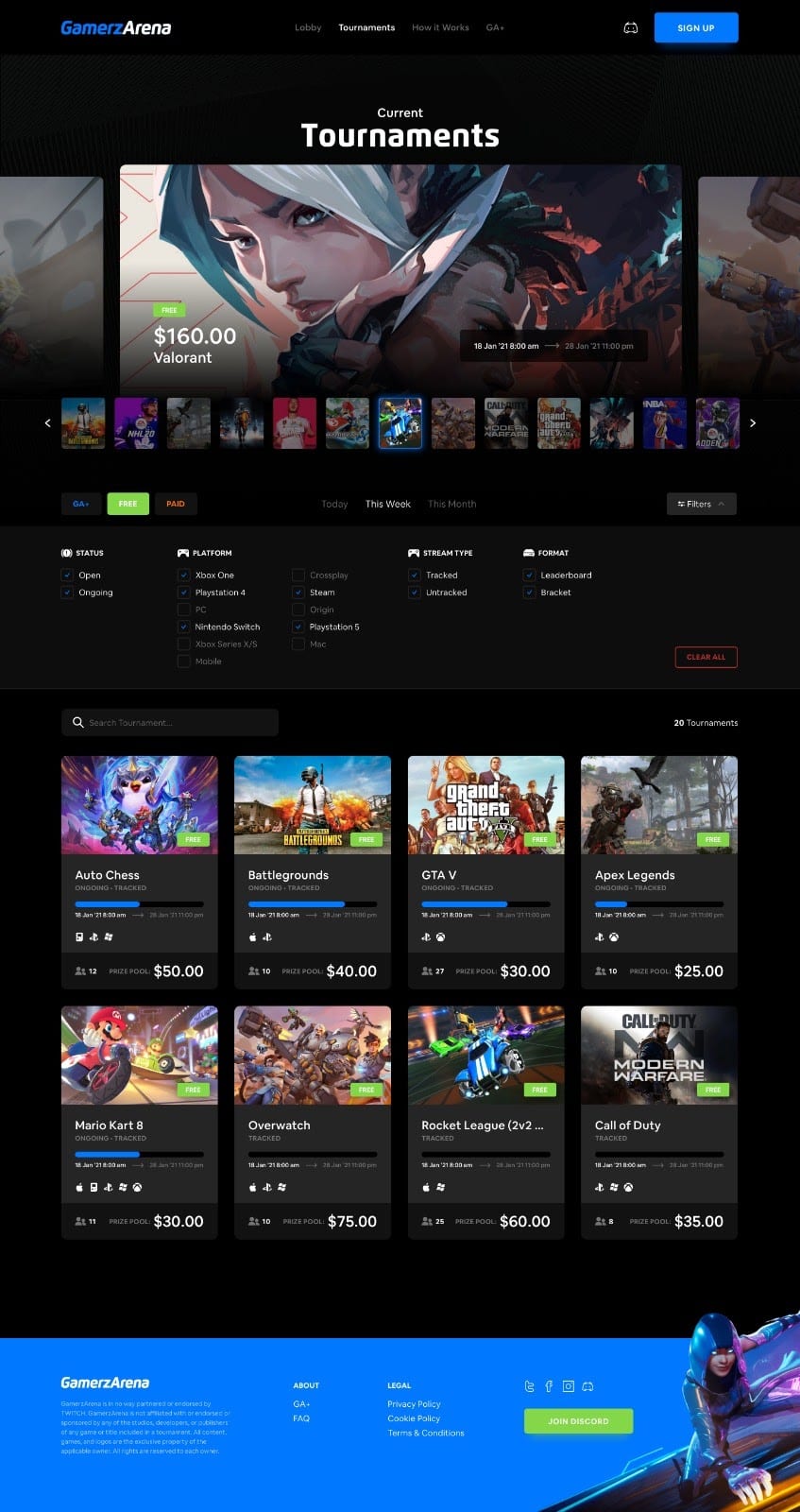 GamerzArena is a complete gaming ecosystem designed to build a strong sense of community amongst gamers. The platform aims to build a connected community through video game contests, enticing prizes, leaderboards and competitive tournaments.

The platform is currently used by more than 125,000 gamers and has been viewed by more than 5.2 million spectators across 96 countries. Barstool Sports even leveraged GamerzArena tournaments to increase its Twitch following by 15 percent, demonstrating just how popular tournaments are in the gaming community.

To date, the platform has signed strategic partnerships with the New Jersey Devils, Vancouver Whitecaps FC, Western Michigan University, University of Rochester, PeenState, and many other recognizable institutions. 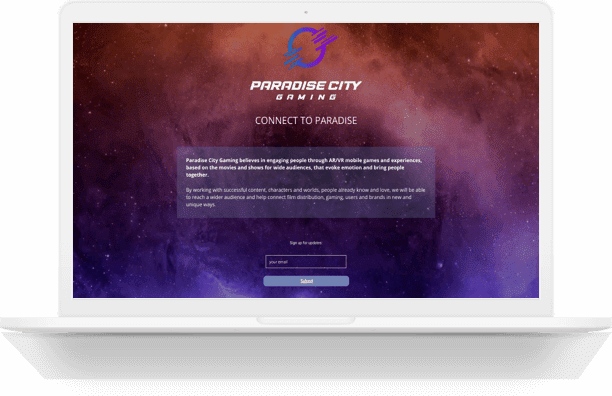 The acquisition of Paradise City Gaming presents a unique opportunity for growth. In 2016, it was estimated that US$5.5 billion was wagered through Esport titles worldwide and 2020 projections show esports wagering will exceed $12.9 billion. This represents over 100 percent growth in only four years.

User data from Alpha Esports Tech shows 10-20 percent of GamerzArena users are placing bets ranging from US$2-10 per match monthly. With a 10 percent service fee, this equates to US$5.4 million in annual revenue, leaving plenty of room for growth.

Skillz (NYSE:SKLZ), a large player in mobile gaming, saw revenue grow 91 percent to US$162 million in 2020. This proves the online gaming market is growing incredibly fast and Alpha Esports Tech now has the infrastructure through Paradise City Gaming to start capturing market share. This project further adds to the multiple revenue streams Alpha Esports Tech has created and complements the all-inclusive ecosystem they have built.

Matthew Schmidt is a technology entrepreneur and film producer. He has worked within Vancouver’s film industry for over nine years, while simultaneously producing and marketing nightlife and cultural events in Vancouver, British Columbia. He opened his first entertainment venue at 26-years-old. In 2016, Schmidt produced his first feature film and has since Executive Produced over nine films, with cumulative budgets of over US$60 million.

Schmidt also co-founded Paradise City Films in 2017 and now focuses on film finances, development and “film packaging” and working closely with the industry’s leading agencies. Schmidt has advised on tech and gaming companies such as Victory Square Technologies, Immersive Tech and V2 Games. Schmidt takes both a conventional and unconventional media approach to the social competitive gaming space, focusing on the immense value of connecting people, fans and brands in an emotional and cultural way.

Eli Dusenbury, CPA, CA has extensive experience in public accounting, providing services to both public and private sector clients reporting in Canada and in the United States over a broad range of industries including, but not limited to, technology, agriculture, engineering, mining & exploration, manufacturing and financing.

Brian Wilneff is the Chief Operating Officer at Alpha Esports Tech and is also currently the CEO and founder of GamerzArena. Brian came up with the idea of providing an arena for 99.9 percent of gamers all over the world to become part of the esports community and be able to monetize their gameplays.

Brian previously worked Client Service Associate at Think or Swim From February 2015 to January 2017 and as a financial planner at AXA Advisors, LLC from November 2013 to January 2015.

Jonathan Anastas brings a wealth of experience in Esports, gaming and the public markets. He is currently the Group Chief Marketing Officer for ONE Championship and ONE Esports, and holds over 20 years of experience in marketing, digital, and data-driven expertise.

Cody Lynge is a passionate marketing professional with over 15 years of experience including Red Bull Canada. He demonstrated the ability to execute on the highest level including, forging relationships with business partners, and developing/executing business plans. Lynge also specializes in event management, promotion, and athlete management.

Morrison contributed heavily to the design and build-out of the Millennial Studio & Arena in downtown Las Vegas. His 10 years of experience spans from a seasoned executive, engineer, and subject matter expert on all things video game and esports related. He also has a substantial and well cultivated network of publisher relationships that stem from his substantial involvement in the video game industry.

Ron Segev is the founding partner at Law Fim Segev LLP. He served as a consultant for leading figures within the cryptocurrency regulatory sphere and he was the former General Counsel and Senior Legal Counsel for one of the largest online gaming companies in the world.

The information contained here is for information purposes only and is not to be construed as an offer or solicitation for the sale or purchase of securities. Readers should conduct their own research for all information publicly available concerning the company. Prior to making any investment decision, it is recommended that readers consult directly with Alpha Esports Tech and seek advice from a qualified investment advisor.