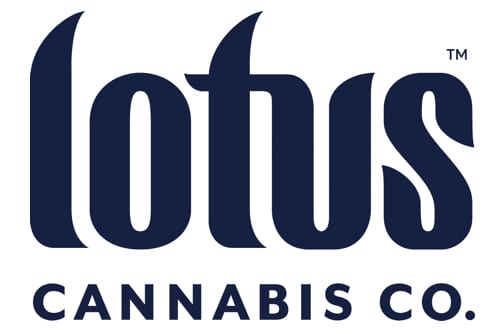 This Lotus Ventures Inc profile is part of a paid investor education campaign.*

Lotus Ventures Inc (CSE:J, FRA:LV9, OTC:LTTSF) is a Canadian licensed producer pursuant to Health Canada’s Cannabis Act and Cannabis Regulations. The company is focused on producing low-cost, premium-quality cannabis at its 22,500-square-foot state-of-the-art indoor cultivation facility near Armstrong, British Columbia. To date, Lotus has been granted its Standard Cultivation license as well as its Sale for Medical Purposes license.

In addition to obtaining the appropriate licenses for the company’s initial cultivation facility (Phase 1A), Lotus has also submitted the designs for an additional facility to the local municipality. The subsequent facility is expected to use an automated hydroponic growing method, adding significant production capacity per year. Lotus owns a 23-acre property and intends to continue the buildout of future production facilities.

Lotus recently launched its first consumer-focused cannabis brand “Lotus Cannabis Co.” targeting discerning cannabis connoisseurs. The company has a seed library with over 200 high-quality strains to choose from and intends to release a proprietary, Canadian-centric product line once permitted.

Like many start-ups, Lotus listed on the Canadian Securities Exchange and raised its initial capital by way of private placements. Lotus was also an early adopter of stream financing in the cannabis sector, an approach that provides assured long-term sales of production and less dilution of share capital. The steam financing with Auxly Cannabis Group Inc. (TSXV:XLY), provided $1 million to help fund the initial facility buildout in Spallumcheen, British Columbia. Following Auxly’s initial funding, the company again invested in Lotus. Auxly advanced an additional $4 million to Lotus to partially fund the completion of the company’s 22,500-square-foot facility.

According to Deloitte’s “Recreational Marijuana: Insights and Opportunities” report, the Canadian retail cannabis market is expected to be worth between $4.9 billion and $8.7 billion annually. In order to satisfy the demands of the recreational market, cultivators will have to collectively produce 655,000 kilograms of cannabis annually, which, according to the Parliamentary Budget Office, is far more than the current capacity of existing ACMPR licensed producers. In 2017, the number of registered patients exceeded Health Canada’s projection for 2021, suggesting the potential for a supply deficit in the Canadian market and the subsequent opportunities for producers, like Lotus, who are awaiting their licensing.

Since November 2015, Lotus has owned a lease on a 23-acre property near Armstrong, British Columbia with the option to buy the property at any point for $1.1 million. The company exercised its option to purchase the property for the agreed-upon price in June 2018. Since then, Lotus has completed the construction of its initial 22,500-square-foot property and received its standard cultivation and sale for medical purposes licenses from Health Canada in March 2019. The company is currently in the process of securing a processing license which permits packaged flower sales to provincial distributors. 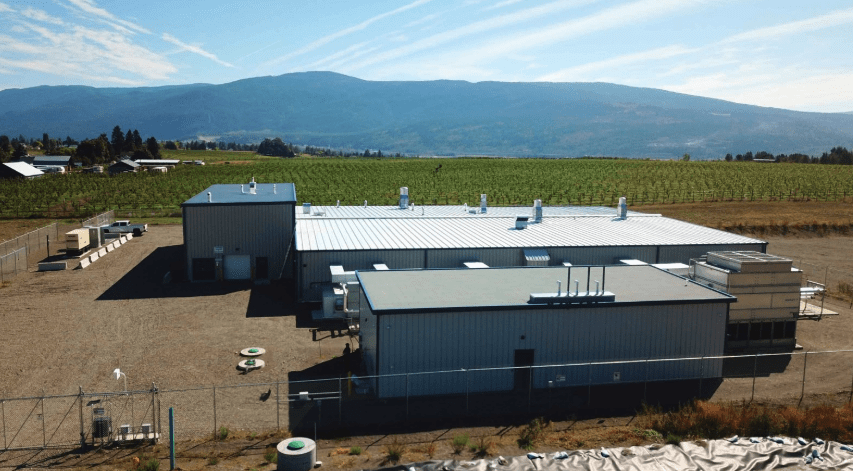 The facility has been specifically designed for the unique requirements of cultivating exceptional cannabis and to address Health Canada policies regarding quality control. The facility is expected to house a combination of complete and flexible computer-controlled airflow systems, a dedicated hospital-grade HVAC system in every grow room and airlocks between the rooms to provide an ideal pharmaceutical-grade growing environment that avoids contamination. Lotus believes that having these systems in place will help lower the cost of production per gram while also enhancing the quality of the product. The facility is also expected to have a dedicated space for genetic breeding. 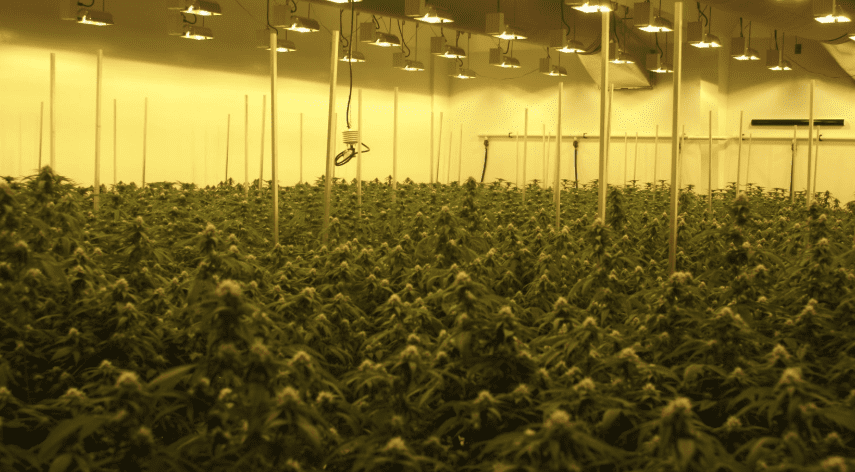 Since the facility has become operational, Lotus has officially documented 3,500 seeds, 229 premium strains and has populated all of its production rooms with live plants. The company expects its first harvest in September 2019 and Auxly is expected to purchase 50 percent of the production at a fixed cost. 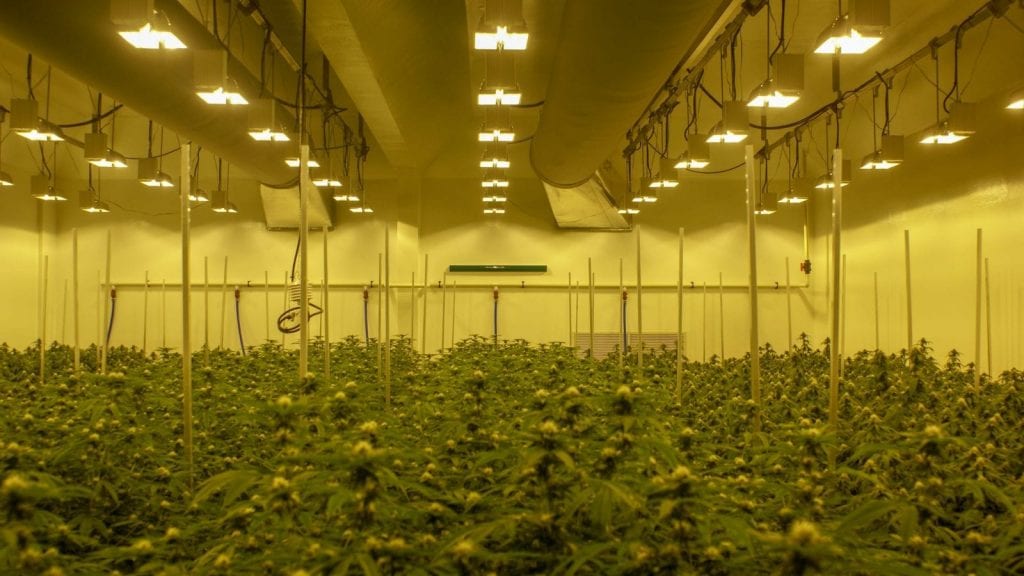 Benefits of a BC location

Lotus has found a number of benefits being located in Canada’s westernmost province. These include the low cost of energy—British Columbia electricity costs only 77 percent of what it costs in Ontario—and the access to skilled labor. Additionally, as a proponent of the regulatory change within the cannabis space in Canada, the British Columbian government is expected to be expeditious in the development of a permanent regulated distribution system.

Due to the location of its property, Lotus has begun establishing a local community contribution profile nearby Armstrong. The company plans to take advantage of the availability of skilled labor in the region, potentially creating 20 to 40 permanent jobs within the facility.

In addition to the investments Auxly has made, the company has also signed a definitive long-term offtake agreement with Lotus. Auxly has the right to purchase or direct the sale of 50 percent of the facility’s total production, which is expected to be 2,000 kilograms of cannabis per annum, for a period of 10 years. The revenues generated from this agreement are expected to be enough to cover the production costs for the facility during that time. Auxly also has the option to purchase the remaining 50 percent of production at current wholesale prices.

“Auxly is emerging as a large player in the distribution and marketing of cannabis in Canada. Lotus Ventures benefits in several ways from the Auxly streaming relationship, in addition to access to equity, the relationship provides us with assured offtake of at least half of our production as well as access to their market and industry expertise. This will enable Lotus to grow more rapidly than it otherwise would while working towards establishing a reputation as a top-tier Licensed Producer,” said McClanaghan.

Dale McClanaghan has had a career in banking (Bank of Montreal corporate finance), real estate development (privately and as CEO of Van City Real Estate Company) and mineral exploration. As well, he has had active social roles as director of non-profit (Vancouver Heritage Foundation, Sanford Housing Society), educational (Board Member of Langara College) and civic agencies (Chair of City of Vancouver Planning Commission and Granville Island Council).

Carl Correia is a Lotus Director, Chief Operating Officer and the Responsible Person in Charge (RPIC) as defined by the ACMPR. Correia provides irreplaceable experience with over 10 years in medical cannabis environmental design, control implementation and cultivation (MMAR, MMPR, ACMPR 2003 – Present). He holds a certification in Quality Assurance for Medical Marihuana – GPP and Security for Operating Commercial Medical Marihuana Facilities. Three years of experience in document control and record keeping in the medical cannabis field. He also has 16 years of experience in electrical contracting and installation.

Jason Brown has spent the majority of his adult life pursuing perfection in the cultivation of cannabis. As a long-time licensed cultivator, he has refined his skills to enable him to expertly coax the best attributes out of the plant for the adult use recreational market. He is known for his ability to source rare genetics in the local cannabis community and develop his own blockbuster phenotypes from new and old seed stock.

Monica Holubowski holds a Diploma in Horticulture and Commercial Floriculture from the Ontario Agricultural College. She has worked with Pacific Regeneration Technologies (PRT) Growing Services Inc. in Vernon, British Columbia since 1985 and been head grower since 2004. She has been responsible for organizing, implementing and directing the horticultural program, supervising and training employees in all elements of growing activities including quality control.

Tracy Edwards holds a BA from Red Deer College with concentration in biological sciences technology and a Diploma in Biological Sciences from Northern Alberta Institute of Technology in 1988. She has worked in Quality Assurance in the beer brewing business since 1997. Her experience is directly relevant to the operation of this types of facility as beer production and sale is regulated in a similar manner to the MMPR and the quality assurance issues are largely the same. She will also attend courses offered by the Academy of Applied Pharmaceuticals Sciences to be certified in quality control for medical cannabis.

Jarrod Stinn has a B.Sc. from the University of British Columbia Okanagan with a double major in Chemistry and Biology. His chemistry focus was on analytical and organic chemistry. He applied his knowledge of the cannabis industry while leveraging his extensive scientific knowledge to aid the Lotus team in the development of standard operating procedures. He is certified in quality control for medical cannabis.

Simon Davie is a certified project management professional with specialized expertise in social purpose real estate. He currently serves as the COO and Managing Partner for the Terra Group of Companies, with over $600 million in assets under development and over 14,000 housing units developed. He is also the Vice President and Co-Founder of Lu’ma Development Management, an indigenous-owned and operated company, focused on social housing development.

Maurice Creagh has over 40 years of construction experience and was a co-founder of Ventana Construction Corporation which has been operating in British Columbia since 1987. Maurice as one of four active partners completed a wide range of project types; from industrial (hydrogen plants and BC Hydro controls centre for southern BC) through commercial (car dealerships and offices like MEC) as well as dozens of residential projects.

Jeff Tung sits on Lotus’ Board of Directors and brings significant senior leadership and finance expertise from the Auxly team, with previous experience personally managing over USD $3 billion in business transactions and investments.

Prior to joining Auxly Jeff co-founded CPS Management Partners, whose portfolio companies became the largest workers’ compensation claims administrator in Canada. Jeff holds an MBA from the Richard Ivey School of Business, as well as a BEng from the University of British Columbia.

*Disclaimer: The profile provides information which was sourced and approved by Lotus Ventures (CSE:J) in order to help investors learn more about the company. Lotus Ventures is a client of the Investing News Network (INN). The company’s campaign fees pay for INN to create and update this profile page, to which links are placed on Investingnews.com and channel newsletters.