KWESST Micro Systems Inc. today announced a follow-on order for approximately C$ 1.1 million with a key U.S. military customer to expand use of the Company’s TASCS IFM system in military exercises, a key precursor to wider adoption.The contract is for application of the TASCS IFM system on the 81mm mortar platform, which transforms it into a “smart” weapon system with greater accuracy and faster response time, …

KWESST Micro Systems Inc. (TSXV: KWE) (“KWESST” or “the Company”) today announced a follow-on order for approximately C$ 1.1 million with a key U.S. military customer to expand use of the Company’s TASCS IFM system in military exercises, a key precursor to wider adoption.

The contract is for application of the TASCS IFM system on the 81mm mortar platform, which transforms it into a “smart” weapon system with greater accuracy and faster response time, improving soldier survivability and operational effectiveness. Work under the order is scheduled to commence immediately.

KWESST Founder, President and CEO Jeff MacLeod commented that, “This marks another key validating milestone in a market where TASCS IFM on the 81mm mortar alone could ultimately be worth up to C$120 million in the U.S. and another C$400 million worldwide, given the large installed base of 81mm mortars in service with so many NATO and allied military forces.”

KWESST previously announced the completion of an earlier two-phase initial contract with the same customer that marked the introduction of TASCS IFM on 81mm mortars in military exercises. “It is very encouraging to see the accelerated pace at which this important customer is expanding the use of TASCS IFM in its field exercises, and their confidence in KWESST,” added MacLeod. “It is an honor to be working with them to enhance soldier survivability and effectiveness, which is our core mission.”

As previously announced, the TASCS IFM system has attracted interest from other NATO forces who have requested proposals from KWESST, which the Company is currently actioning. “The fact that the TASCS IFM confers so many modernization advantages without any modification to weapon platforms or munitions is a huge attraction,” said MacLeod.

He added that, “The 81mm mortar is just one of many different weapon platforms that can be transformed into a smart system with TASCS IFM, providing soldiers on the ground with real-time networked situational awareness and precision targeting information.” Accordingly, KWESST is pursuing additional global markets for the TASCS IFM, which can also work on platforms such as: 60mm mortars; grenade launchers; sniper rifles; drones; electronic decoys; and more, with a total addressable market of more than C$1 billion.

KWESST develops and commercializes high-value ultra-miniaturized technology applications that make a critical difference to the safety and operational effectiveness of personnel in the defence and security industries. The company’s current portfolio of unique proprietary offerings include: its signature TASCSTM (Tactical and Situational Control System) for real-time awareness and targeting information from any source (including drones) streamed directly to users’ smart devices and weapons; the autonomous GreyGhostTM soldier-portable micro drone missile system that defends against small hostile drones including swarms using high-speed kinetic impact; a Ground Laser Defence system to counter the emerging threat of weaponized lasers against personnel; and, the PhantomTMelectronic battlefield decoy system to mask the electromagnetic signature of friendly forces with decoy signatures at false locations to deceive and confuse adversaries. All systems can operate stand-alone or integrate seamlessly with OEM products and battlefield management systems including Frontline, Edge, Killswitch and ATAK (Android Tactical Assault Kit) among others. KWESST also has developmental “smart ordnance” projects including its “Shot Counter” system, which records the number and type of rounds fired, for optimized firearms maintenance and performance. The Company is headquartered in Ottawa, Canada, with representative offices in Washington, DC, London, UK and Abu Dhabi, UAE. KWESST trades on the TSX Venture Exchange under the symbol KWE. 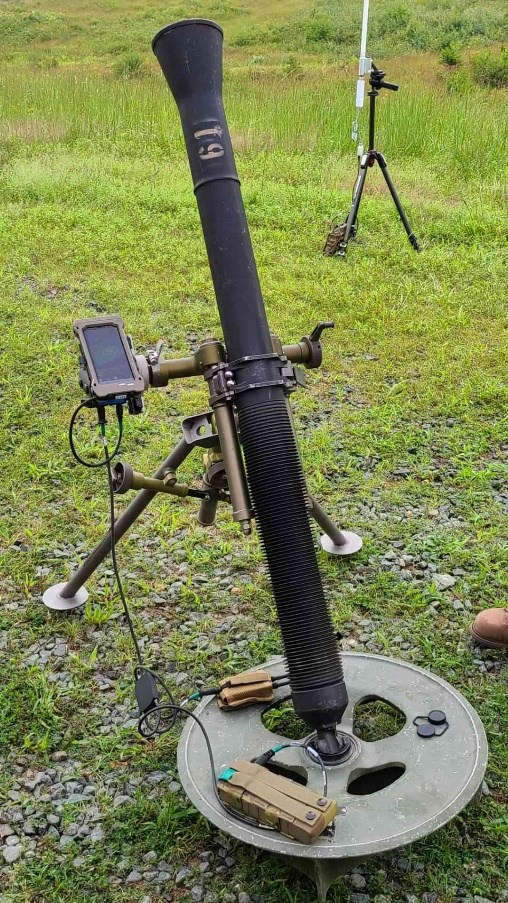 To view the source version of this press release, please visit https://www.newsfilecorp.com/release/70148