GameSquare Esports Inc. an international gaming and esports company, today announced it has acquired Complexity Gaming, one of America’s premier and longest-standing esports organizations, for $27 million in an all-stock transaction to join GameSquare’s portfolio of esports and gaming organizations, which includes Code Red Esports Ltd., and GCN, Inc. as well as minority ownership of esports teams Rainbow7 and … 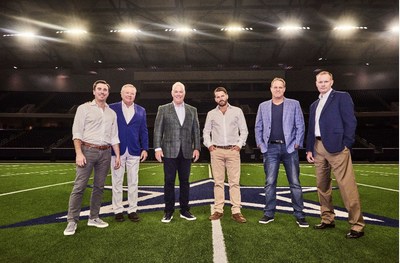 Complexity CEO Jason Lake will continue to lead the organization and will also become the Global Head of Esports for GameSquare. The combined entity will set its sights on building a global esports powerhouse. With access to GameSquare’s content creation, sales, marketing, and branding expertise, Complexity will be able to expand the franchise’s international footprint. Complexity will continue to operate at their state-of-the-art headquarters in Frisco, Texas , with an increased investment in key growth areas of esports competition, gaming content creation, and first-party gaming events.

“Complexity’s rich history in esports and gaming was a natural fit for GameSquare as we strive to build the future of esports,” said Kenna. “They are a powerhouse combination of winning teams, world-class facilities, and professional management, and the value of the relationships with the Dallas Cowboys, the Jones family, and the Goff family cannot be understated. In my view, Complexity has built a tremendous foundation that is perfectly positioned for its next phase of growth and profitability. We see huge potential to monetize the incredible content that Complexity creates every year and numerous opportunities to create merchandise that allow fans to show their loyalty to one of America’s greatest esports teams.”

“Professional gaming has grown at an incredible pace in the three and a half years since our group acquired Complexity Gaming,” said Jerry Jones , owner of the Dallas Cowboys. “I am confident that the partnership with GameSquare will fast track revenue growth at Complexity while staying true to the team’s commitment to winning. We’re investing in Justin’s experience in esports, his financial background, and the bench strength of the team he leads to build GameSquare into the most successful esports organization in the world.”

“Complexity is already one of the most renowned esports brands in the world. Gaining access to GameSquare’s wealth of experience and resources will lead us through the next phase of growth,” said Lake. “We’re fully committed to building on our player-first mentality and winning more championships for our fans while expanding our brand internationally.”

The acquisition of Complexity continues the momentum for GameSquare who have steadily been expanding its esports business including the addition of Code Red, the acquisition of Reciprocity with its media sales and branded content pipeline at GCN, Inc., the producers of the largest collegiate esports tournaments series in the US combining 10 NCAA conferences (110+ schools) to find the best esports teams across different gaming titles, and the hiring of several key C-level staff to manage growth and drive the business.