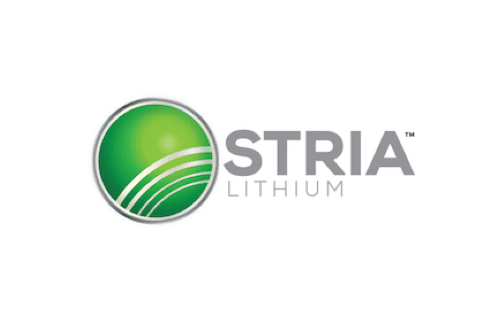 This Stria Lithium Inc. profile is part of a paid investor education campaign.*

Stria Lithium Inc. (TSXV:SRA) is a Canadian junior mining exploration company with an expanding technology focus and is also the sole owner of the Pontax spodumene lithium property in Northern Quebec. Stria’s mission is to be a reliable, profitable global source for both lithium metal and lithium compound products and process technologies for producing value added lithium products.

Lithium is a critical metal in the universal fight against global warming. It is a core component of lithium-ion batteries used for powering electric vehicles and for industrial scale energy storage.

Stria Lithium holds 100 percent ownership of the Pontax-Lithium property located in the west-central James Bay territory in northern Quebec. The property, which Stria Lithium acquired from Khalkos Exploration  in 2013, is host to a recently discovered swarm of a dozen spodumene-bearing (a lithium mineral) pegmatite dikes, each one meter to 10 meters in thickness, plus a series of small centimeter-thick dikelets. The lithium-bearing dikes outcrop over an area of 450 meters by 100 meters (for more information, click here to view the NI-43-101 Technical Report (Girard, 2013) on the Pontax-Lithium Property).

In late 2017, Stria Lithium launched an infill drilling program on the spodumene pegmatite occurrence. The program consisted of seven holes covering 1,000 meters and was focused on testing the continuity of the spodumene-bearing pegmatite swarm at depth and along strike. Results from the drilling included 21.39 meters of 1.16 percent lithium oxide, including 5.22 meters of 2.18 percent lithium oxide. The swarm remains open along strike to the northeast and at depth.

“We are encouraged by the results from our first round of drilling at the Pontax Spodumene Pegmatite occurrence which confirms the pegmatite swarm extends over a minimum strike length of 500 m and to a minimum depth of 90 m with a potential thickening of the swarm to the northeast,” said Stria Lithium President and CEO Gary Economo. “Plans are underway for a second phase of infill and extension drilling to further test the continuity and grade of the spodumene bearing pegmatite swarm.”

The technology provides a simpler, efficient recovery of lithium and lithium compounds from spodumene ore at the source. It holds the potential benefits of requiring less controls; less chemistry via the recycling of chemicals; requires less energy due to energy recycling; reduce capital costs from the construction of smaller, compact processing facilities. Ultimately, a simple process and compact design enable easy automation.

In business terms, those technologies hold the potential to bring high purity lithium products to market on a cost-competitive basis with lithium brine precipitation producers.

Because next generation lithium battery applications require lower cost, better, safer, environmentally sustainable solutions to meet the demands of the electric vehicle and energy storage sectors, Stria Lithium announced in November 2015, its intentions to refocus its business operations on the production and sale of lithium metal and lithium foil for the battery manufacturing sector.

By focusing on the last steps of the lithium technology production chain Stria Lithium proposes to generate early cash flows and market penetration from a niche, high-margin lithium metal and lithium foil manufacturing facility in Quebec or at the Grafoid Global Technology Centre in Kingston, Ontario.

Together, Stria Lithium and Grafoid have also co-developed an innovative graphene-based filtration membrane that can separate magnesium and calcium from salars. The membrane would function as an efficient precursor for the recovery of lithium from salars.

A collaborative agreement unified for the first time, the development of materials, technologies and processes critical for next generation energy applications under a shared vision and direction.

Grafoid Inc. is a world-leading graphene research, development and investment company that invests in, manages and develops markets for processes that produce economically scalable graphene for use in graphene applications.

Focus Graphite Inc. is an emerging graphite mining development company with the objective of producing value-added products for the lithium-ion battery market and graphite for graphene enhanced applications and products.

Gary Economo has a distinguished business leadership career, serving as CEO for a number of public and private high technology companies during the last 20 years. Mr. Economo enjoys a long history of graphite marketing and sales for high-tech applications. He is a Founding Partner and CEO of Grafoid Inc., and CEO and a Director of Focus Graphite Inc., a company he founded with Jeffrey York. Over the span of his business career, Mr. Economo provided strategic consulting and representation services to technology companies in North America and Asia. Born in Greece and raised in Montreal, Mr. Economo is tri-lingual and lives with his family in Ottawa.

Judith Mazvihwa-MacLean is a geologist and accountant with more than 16 years of experience in mineral exploration, mining, management and corporate finance. She is also currently CFO of Focus Graphite and Grafoid Inc. Prior to joining Focus Graphite, Ms. Mazvihwa-MacLean was CFO and Board Member for a number of junior resource companies. Ms. Mazvihwa-MacLean has a significant academic background. She holds a B.Sc. (Geology) from the University of Zimbabwe, an M.Sc. from Brunel University in England and earned her MBA at Simon Fraser University in British Columbia. She was accredited a Certified Management Accountant by the Certified Management Accountants Society of British Columbia.

Stria Lithium’s Board of Directors

Jeffrey York – Chairman of the Board

Jeffrey York is currently CEO of Farm Boy, an Ontario-based food store chain known for its quality products and farm fresh produce. Farm Boy was named one of the best-managed companies in Canada in 2011. He also serves as chairman of Focus Graphite and Grafoid Inc. A chartered accountant, Mr. York began his professional career with Ward Mallette, Chartered Accountants, before joining Giant Tiger Stores, a regional retail chain that grew under his leadership into a national, billion-dollar company. During his 20-years with Giant Tiger, he served as President and CEO of the company for 10 years. Mr. York is an active member of the Young Presidents Organization and has been involved in that executive network since 2002. As co-founder and Chairman of the Board of Focus Graphite and Grafoid Inc, Mr. York is an active director in terms of shaping the company’s business growth and development. He graduated from Princeton in 1986 with a degree in Economics and obtained his Chartered Accountant designation in 1989.

Marc-André Bernier is a professional geoscientist (P.Geo.) and he currently holds the position of Chief Geoscientist with the Table jamésienne de concertation minière, a not-for-pro!t organization acting as senior mining industry adviser to the James Bay territory regional government of northern Quebec. Mr. Bernier holds an undergraduate degree (B.Sc.H.) in geology from the University of Ottawa and a post-graduate degree (M.Sc.) in the Earth Sciences focusing on applied Quaternary geology, soil sciences and exploration geochemistry from McGill University. His professional experience, which spans 29 years, has focused chiefly on the design, implementation and/or management of multidisciplinary (industry, government and academia) research projects in aid of regional and international mineral potential assessment initiatives.

Chester Burtt is President of Chester Burtt & Associates Ltd. (CBAL), a corporate and public affairs advisory firm that specialize in connecting private and public companies with domestic and international opportunities. CBAL also arranges for the provision and supply of financial services in mergers, acquisitions and joint ventures. Working through an international network and associate firms, CBAL has a 25-year history of offering a full range of services to assist companies with strategy development and decisions to best suit their investor and corporate relations. Mr. Burtt graduated with a B.A. (Hons.) from Waterloo Lutheran University and M.A. from Wilfrid Laurier University in Political Science. He also sits on the Board of Directors of Focus Graphite and serves as Director of Communications for Grafoid Inc.

*Disclaimer: The profile provides information which was sourced and approved by Stria Lithium Inc. (TSXV:SRA) in order to help investors learn more about the company. Stria Lithium Inc. is a client of the Investing News Network (INN). The company’s campaign fees pay for INN to create and update this profile page, to which links are placed on Investingnews.com and channel newsletters.