FenixOro Gold Corp (CSE:FENX,OTCQB:FDVXF,FWB:8FD) is a resource exploration company focused on developing the Abriaqui gold project located in the Upper Miocene Belt of Colombia. The area is renowned for its gold resources, including Continental Gold’s Buritica gold mine, which hosts measured and indicated mineral reserves of 5.58 million gold equivalent ounces in addition to 6.24 million gold equivalent ounces in the inferred category. Continental Gold was acquired by Zijin Mining Group Co. for C$1.4 billion in March 2020.

FenixOro’s Abriaqui project is a drill-ready gold exploration project encompassing 547 hectares of the upper Miocene Mid-Cauca gold trend. The Upper Miocene belt has been home to over 100 million ounces of new discoveries made since 2007.

The Abriaqui project hosts multiple closely-spaced gold-bearing veins and has a number of similarities to the nearby Buritica project including its geological setting, vein systems and density. The veins at Abriaqui have been mapped to demonstrate continuity of at least 800 vertical meters while at Buritica these veins have been drilled over 1200 vertical meters. There is known mineralization on the property between 1,900 and 2,800 meters elevation, well below Colombia’s paramo restricted zone.

In 2020 FenixOro began a fully funded US$2.9 million exploration program on the Abriaqui project. The 18 month program includes expanded ground magnetometry with 3D modeling, soil sampling, alternation mapping and channel sampling. The company’s exploration campaign is being led by Director and VP of Exploration Stuart Moller, who discovered Continental’s Buritica gold mine. 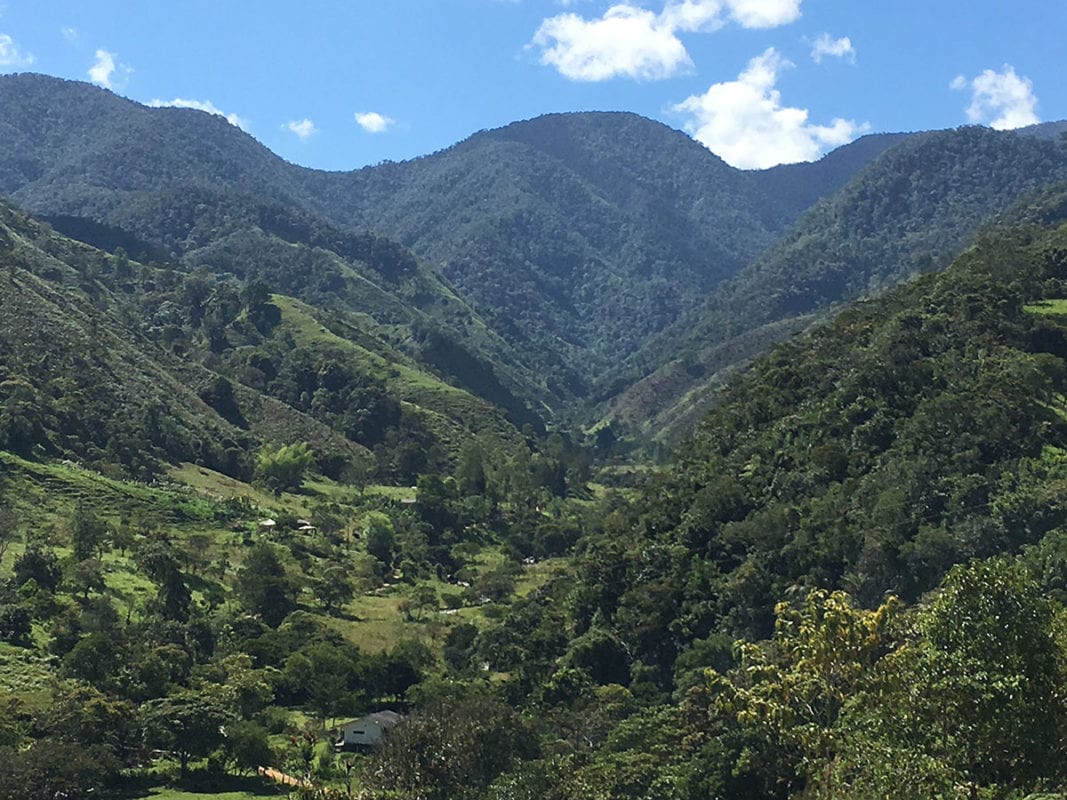 FenixOro is currently in the midst of a Phase One 4,500 meter diamond drill program designed to explore the main area of vein development across the western part of the project. The company has reported high grade intercepts up to 71.9 g/t gold over 0.50 meters, as well as discoveries of previously unknown gold-bearing veins. FenixOro has been declared an essential business by the local community and has received an exemption from COVID lockdown restrictions, allowing the exploration program to remain operating under certain protocols.