This Falcon Gold profile is part of a paid investor education campaign.*

Ontario has always been a premier jurisdiction for mining in Canada. However, one of Ontario’s earliest gold camps in the province’s northwestern region is showing signs of high-grade revitalization.

The town of Atikokan in Ontario is known for its two massive iron ore pits mined in the middle of the Second World War and operated until the late 1970s. The earliest gold exploration dates back to the 1800s, with significant production reaching upwards of approximately 52,000 ounces of gold and 174,000 ounces of silver in that period. With over 50 occurrences, prospects and producers of gold since Atikokan’s initial discovery, the gold camp boasts exploration potential for investors worldwide. 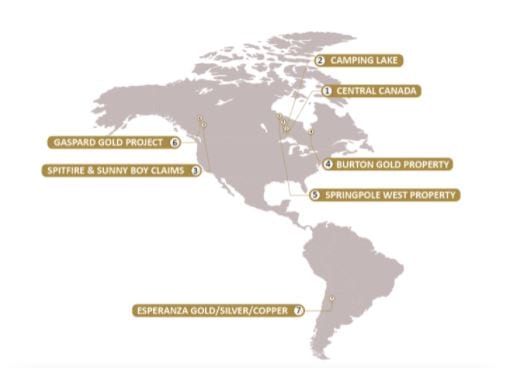 In July 2020, Falcon acquired an additional 7,477 hectares of mineral claims consisting of 369 units in the highly operational Atikokan-based gold camp, expanding its three main property claims in the surrounding area. The Hammond Reef gold property on Central Canada lies on the Hammond shear zone, a northeast-trending splay off of the Quetico Fault Zone (QFZ). The flagship project’s other original Central Canada property lies on a similar major northeast-trending splay of the QFZ.

The company’s portfolio of mineral projects also include ones in prolific mining jurisdictions of Ontario, British Columbia and Argentina. In April 2021, Falcon created the Argentina-based Falcon Gold LatamARG S.A. to manage its South American exploration and development operations. This creation comes at an optimal time with the recent acquisition of the company’s Esperanza gold-silver-copper project in La Rioja, Argentina. Falcon intends to explore further interests in South America’s mining-friendly jurisdictions. 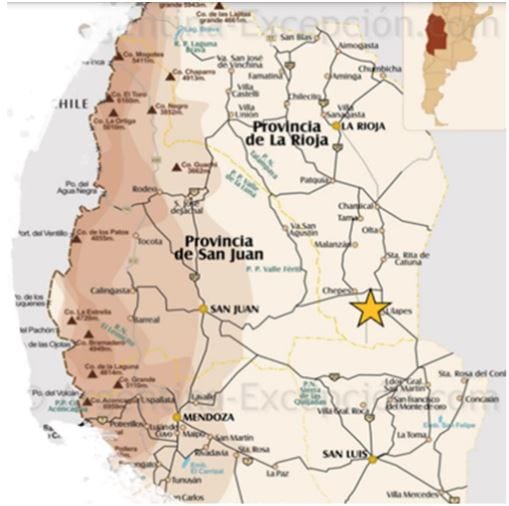 Future plans for the company include additional exploration and development of its mineral assets. It has already begun its 2021 work program on the Central Canada gold project, with initial activities focusing on the outcrop exposures and trench areas where Falcon’s geological team will be conducting detailed structural mapping. Expansive development of its Esperanza project in Argentina and 230,000-ounce historical resource validation is also in the works.

The flagship Central Canada gold & polymetallic project consists of three key claims: the original Central Canada property and Hammond South and Hammond West properties. The total area spans 10,392 hectares over a historic producer with shaft and mill site capabilities and sits 21.5 kilometers each of Atikokan and 160 kilometers west of Thunder Bay. The project is accessible via highway and road access and leverages mining-friendly conditions. 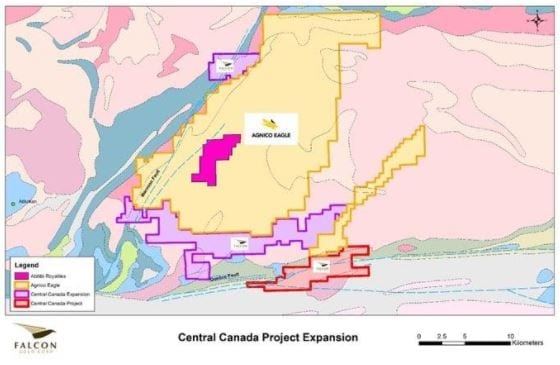 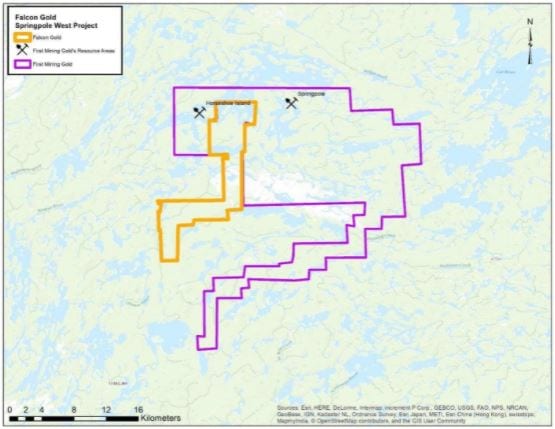 The claims cover 13.5 kilometers of strike length along a gold-bearing silicified mafic volcanic – sedimentary rock contact and a major property-wide fault zone. Historical work has indicated significant gold and silver values on the surface and at depth. Likewise, historical grab samples have revealed exceptional mineralization with grades up to 8.38 percent zinc, 16g/t silver and 0.05g/t gold. 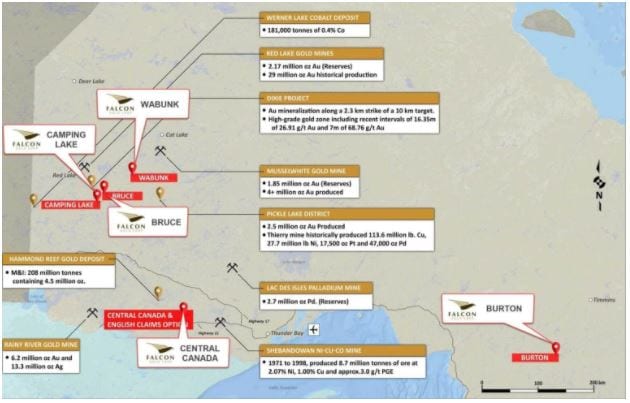 Sampling from 1974 revealed the main showing, Master Vein, hosted high-grade gold mineralization up to 1,433g/t gold. 2020 work program and channel samples have returned upwards of 122g/t gold over a meter and 59.8g/t gold over 2.2 meters. The asset has the potential to host additional vein structures downslope from the Master vein, which Falcon intends to explore in future development programs.

The property is located approximately 26 kilometers south of the Blackdome gold mine project, which reportedly has indicated resources of 144,500 tonnes grading 11.29g/t gold and 50.01g/t silver. Gaspard has the potential to mimic this widespread mineralization and high-grade precious metal yield with its prospective anomalous grades of stream sediment samples.

The first discovery of high-grade gold mineralization occurred in 1865 at the Callanan occurrences, followed by limited mining conducted on a gold, silver and copper zone. Falcon intends to continue validating the historical workings of Esperanza and exploring this very high-grade system.

For the past 15 years, Karim Rayani has focused on financing domestic and international mineral exploration and development. Most recently, Rayani was head of Bloomberry Capital Group, a Vancouver-based merchant bank and capital advisory firm. Prior, he worked independently as a management consultant and Financier. He is currently chair of R7 Capital Ventures Ltd; director of Fiber Crowne Manufacturing Inc., chair of District 1 Exploration Corp. Rayani has developed an extensive network of contacts throughout North America and Europe, focusing on Corporate Development and Finance.

Geoff Balderson has over 20 years of capital markets experience, having worked in public and private practice. Balderson is a senior officer and director of several TSX Venture listed companies and currently runs a private consulting practice Harmony Corporate Services Ltd., providing corporate advisory, accounting, filing and secretarial services to many publicly traded companies. Before, Balderson was an investment advisor at Union Securities and Georgia Pacific Securities and a University of British Columbia graduate in Marketing and Sales Management.

James Farley has been involved in the capital markets for over 25 years, initially as a financial advisor and subsequently as a private businessman. He is currently a business consultant for the mining and oil and gas industries, specializing in Health Safety and Environmental management.

John Bossio is a registered psychologist, having received a master of arts in counseling psychology from City University, Bellevue, Wash., in 2002 and a bachelor of science in family studies from the University of Alberta, Edmonton, in 1991. He is a member of both the Psychologists Association of Alberta and the College of Alberta Psychologists. Bossio is an avid investor and experienced board member. He has a network of contacts specializing in small-cap, publicly traded companies.

Stuart “Tookie” Angus is an independent business adviser to the mining industry and is presently chair of K92 and chair of San Marco Resources Inc. and Kenadyr Mining (Holdings) Corp. He is the former head of the global mining group for Fasken Martineau. For the past 40 years, Angus has focused on structuring and financing significant international exploration, development and mining ventures. More recently, he was managing director of mergers and acquisitions for Endeavour Financial and was responsible for merger and acquisition mandates.

The information contained here is for information purposes only and is not to be construed as an offer or solicitation for the sale or purchase of securities. Readers should conduct their own research for all information publicly available concerning the company. Prior to making any investment decision, it is recommended that readers consult directly with Falcon Gold Corp. and seek advice from a qualified investment advisor.