This Fabled Silver Gold profile is part of a paid investor education campaign.*

Mexico produces more silver than any other country in the world, and the city of Parral in Chihuahua, Mexico, is exceptionally special. After the discovery of silver in 1631, San José de Parral was established as a mining town and later declared “the capital of the silver world” by King Philip IV of Spain. The district continues to be a significant center for silver mining and presents companies operating in the area with a world-class opportunity for silver discovery and high-quality exploration. 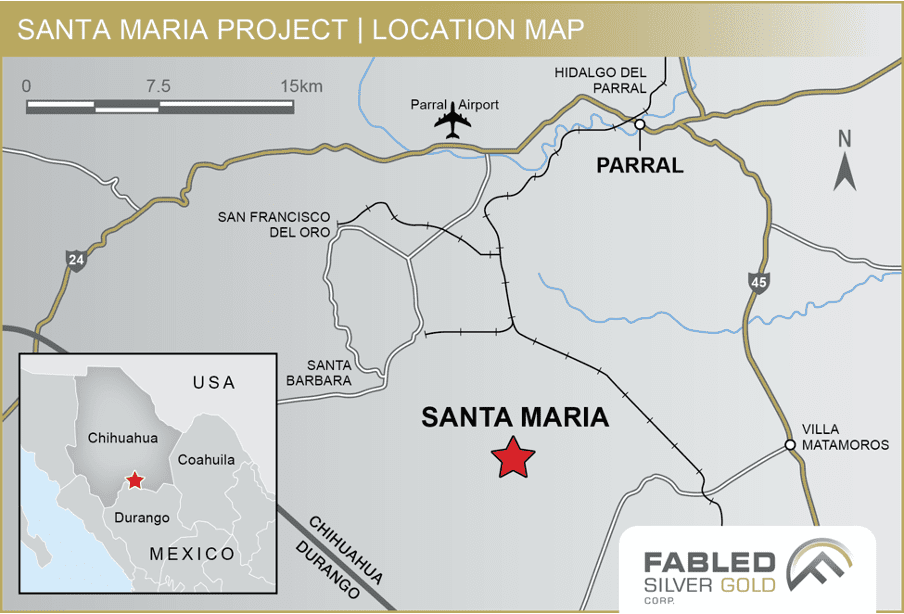 CEO Peter Hawley, an industry titan with more than 35 years in the industry overseeing exploration, development and production, officially came out of retirement to oversee the early stages of growth and development for Fabled Silver Gold and its ongoing projects.

The city of Parral in Chihuahua, Mexico has a rich mining history and has produced over 250 million ounces of silver to date. Operating out of this district strategically positions Fabled Silver Gold to leverage its mining-friendly conditions, and the company has built strong community relationships.

The Santa Maria silver-gold project hosts a strong foundation for growth. All 21 veins discovered to date are on surface and open on strike and at depth have the potential for expansion and deep exploration. The project site has significant infrastructure, including access to paved and dirt roads and grid power.

In March 2021, Fabled announced its trading commencement on the OTCQB Venture Marketplace. This graduation demonstrates its fast-growing potential as a serious contender in the silver mining space and exposes the company to a much broader range of US investors.

The next steps for the company include an 8,000 meter drilling program over the Santa Maria property. The company has already published five drill hole results of the approximately 30 intended for drilling. With additional sampling, geophysics and exploration, the project could see similar success to neighboring deposits such as Silver Crest’s early-stage Las Chispas project.

The Fabled Silver Gold management team brings together a proven track record of success in technical experience, local expertise and capital markets. Their experience and dedication to the Santa Maria project prime the company for significant high-grade silver discovery and economic growth.

The Santa Maria gold-silver property is situated in the center of the Mexican epithermal silver-gold belt in the mining-friendly Parral district in Chihuahua, Mexico. The district hosts multiple major operators in the vicinity and has excellent infrastructure, including accessible roadways, grid power and skilled labor networks. Fabled has the option to own 100 percent of the property from Golden Minerals Company (TSX:AUMN,NYSEAMERICAN:AUMN).

The property hosts a high-grade silver-gold mine with a robust vein system. Twenty-one veins have been discovered to date on surface level and all veins appear to be open on strike and at depth. Additionally, surface samples from 14 veins show elevated gold and silver values, with the remaining veins never sampled. 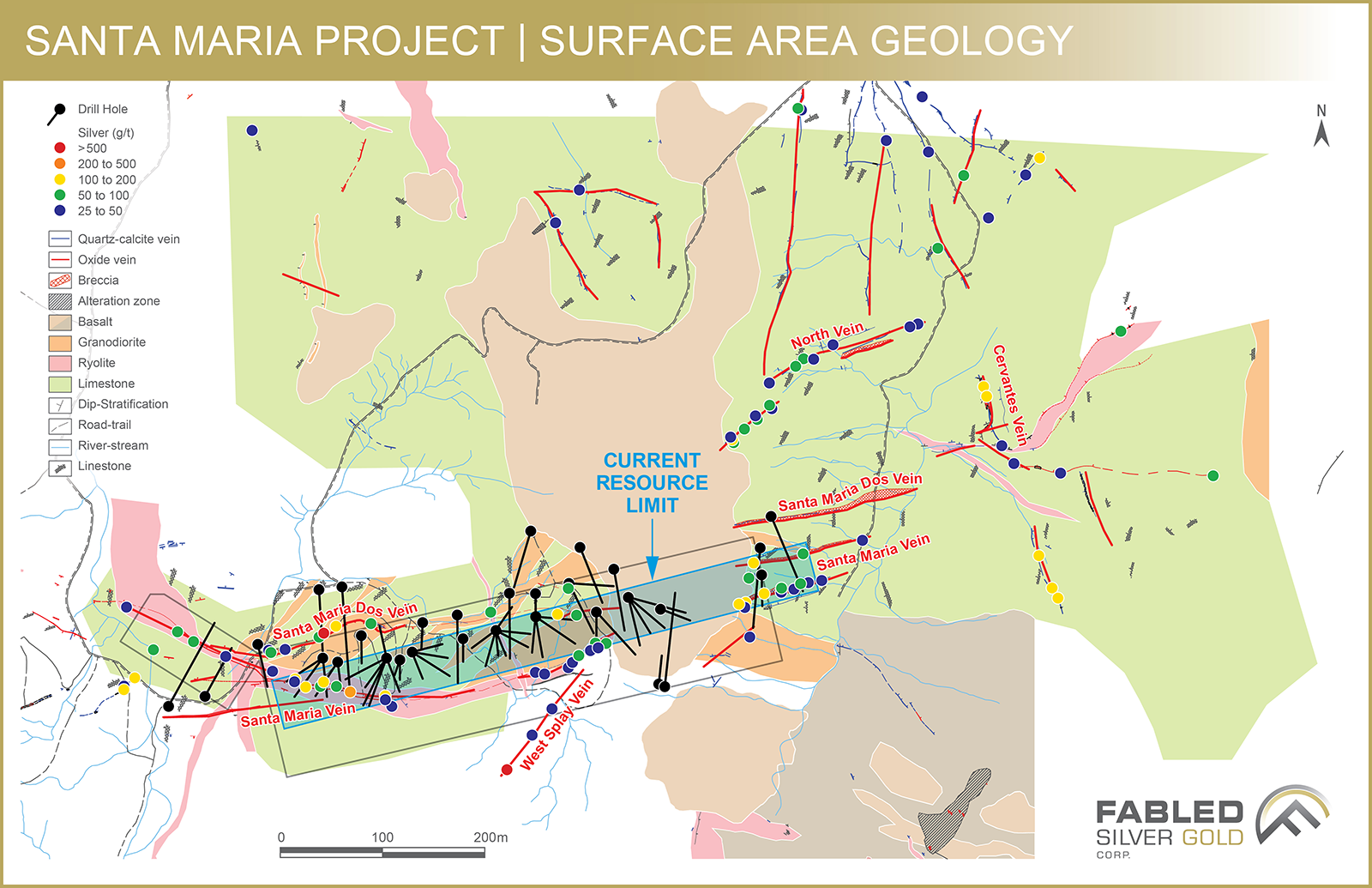 The project presents Fabled with immense discovery opportunity, and has an existing NI 43-101 resource of 3.2 million ounces of indicated and 1.1 million ounces of inferred silver equivalent mineralization. The unique ore body structure and identified anomalies make this project all the more special. Advancement of drilling and expanded exploration efforts are in the works for Santa Maria.

David Smalley, BA, LLB — Chairman of the Board

David Smalley is a corporate finance and securities lawyer who has practiced for 28 years. He has been a director and officer of public companies for over 19 years. Smalley was one of the founders of Canaco Resources.

Peter Hawley is the co-founder of Fabled Silver Gold Corp, then Fabled Copper, as well as founder of Scorpio Mining Corporation, renamed Americas Gold and Silver Corporation. Hawley is also the co-founder of Niogold Resource Corp and has over 35 years of mining industry experience that spans grassroots exploration through to development and production.

Luc Pelchat is the founder and president of the Canadian Chamber of Commerce in North Mexico. Following 24 years with a Canadian multinational company operating in the construction industry, Pelchat formed many of his own companies and has realized multiple projects in the construction industry in Mexico. He has extensive business, financial and human resources experience in Canada, Mexico and Africa. Pelchat is currently a director of Scorpio Gold Corp, listed on the TSX Venture Exchange.

Michael Harrison was previously an investment banker and CDO for Planvest Capital in Vancouver from 1987 to 1992. After, he was the CDO of Biocoll Medical., a biotech company that successfully commercialized its technology and divested it to GenSci Regeneration Sciences Inc. From 2016 to 2020, Harrison was the Chairman, CEO and founder of Pebble Labs in Los Alamos, New Mexico, and he is currently the CEO of Batik Resources Inc., a junior exploration company interested in gold mining in Indonesia.

The information contained here is for information purposes only and is not to be construed as an offer or solicitation for the sale or purchase of securities. Readers should conduct their own research for all information publicly available concerning the company. Prior to making any investment decision, it is recommended that readers consult directly with Fabled Silver Gold and seek advice from a qualified investment advisor.