Leading Uranium Production in the US

This Energy Fuels profile is part of a paid investor education campaign.*

Uranium demonstrated that despite disruptions and even a global pandemic, it is still one of the best-performing commodities in the resource industry, according to leading strategists. With the current demand for the valuable mineral outreaching present supply, the world is seeing a bullish uranium market like never before.

The biggest uranium producers in Canada, Australia, Kazakhstan, and Namibia saw mine closures and production cuts in 2020, leading to a 13-million-pound decline but significantly higher prices for the mineral. With mining operations slowly coming back online, US and Western-centric uranium companies leverage a chance to get a head start on the international competition and bullish market conditions that are hard to ignore.

Energy Fuels Inc. (NYSE:UUUU) is the largest producer of uranium in the US, owns more US capacity, and holds the biggest in-ground uranium resource portfolio of any producer or near-producer.

Energy Fuels is the only uranium producer with both conventional production and In Situ Recovery (ISR) in the US. Its standalone White Mesa Mill is the only conventional uranium mill in the country and leverages early-mover advantages in current production, scalability, capacity and regional dominance. In 2019, the White Mesa Mill became the number one producer of vanadium in the US, with production levels reaching 1.9 million pounds at 99.7 percent high-purity vanadium. And, in 2021, the White Mesa Mill began commercial production of an intermediate rare earth product at a stage more advanced than any other US company.

The mill boasts strategic positioning near highly prospective conventional uranium projects owned by Energy Fuels and other miners. This portfolio includes the La Sal and Henry Mountain/Bullfrog projects in Utah, the Roca Honda project in New Mexico and the Sheep Mountain project in Wyoming. All projects host substantial uranium mineralization and mining-friendly conditions.

The company’s main  short-term conventional operation is the Pinyon Plain mine in Arizona. This high-grade uranium production asset could become the lowest-cost uranium mine in the U.S., leveraging advanced stage positioning. The asset is currently licensed, developed and being held on stand-by and well maintained by Energy Fuels in preparation for improving markets. 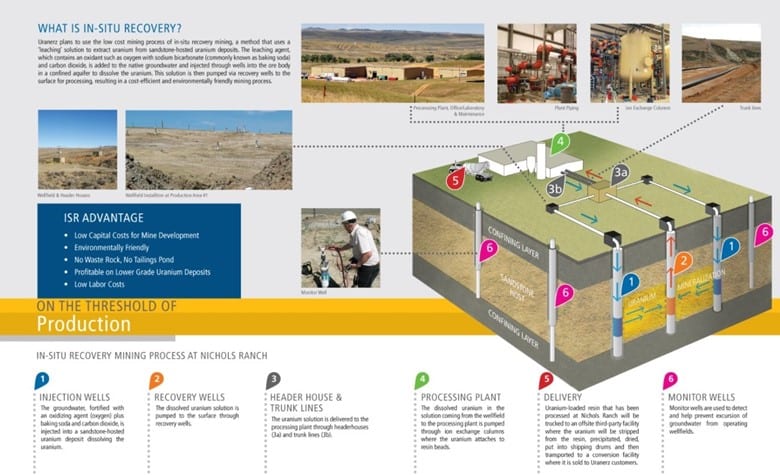 Energy Fuels offers excellent leverage to rising uranium prices and is well-positioned to capitalize on the growing need for additional domestic and global uranium supplies. The company also expects to earn additional revenues through third-party recycling and toll processing, production of other valuable minerals (including rare earths and vanadium), and other business opportunities at its White Mesa Mill.

In 2021, the company added Rare Earth Elements (REE) to its robust portfolio of critical metal production in efforts to transform the company into “America’s Critical Mineral Hub,” as described by Energy Fuels president and CEO Mark S. Chalmers. The future plans for the company include focusing on significant uranium production at the White Mesa Mill while also developing a complementary, fully integrated REE business.

“While we are obviously extremely excited about the potential for rare earths, our core business remains uranium production, and by almost any metric, including a successful track record of past and current uranium production, experience in both ISR and conventional uranium mining, existing licensed and constructed processing capacity, U.S.-origin inventory, recycling capabilities, and the like, Energy Fuels is clearly the leading U.S. uranium company as well. We are particularly excited by actions the Biden Administration is taking to address climate change and support nuclear energy,” commented Chalmers.

Energy Fuels Inc. has an impressive management team consisting of resource development, finance and M&A heavyweights. With over a century of combined experience in related fields, this leadership primes the company for economic success and exciting uranium production expansion.

The White Mesa Mill is strategically located in southeast Utah, central to high grade uranium and vanadium mines in the United States. The mill is the only fully licensed and operating conventional uranium mill in the United States and operates extensive controls to ensure air, water, wildlife and environmental sustainability. The White Mesa Mill just began production of an intermediate rare earth product (mixed rare earth carbonate) and also has the capability of producing a high-purity vanadium product.

White Mesa Mill provides the company with a multitude of business opportunities, including the production of uranium, rare earths and vanadium. The mill gives Energy Fuels an early-mover domination in the uranium space as one of only two operating conventional uranium mills in North America.

The flagship Alta Mesa ISR Mine & Plant, located in South Texas, is a proven low-cost uranium producer, well-known within the US nuclear industry. The project is a fully licensed and constructed ISR asset that sits on over 200,000 acres of private land. Energy Fuels owns 100 percent of the project. 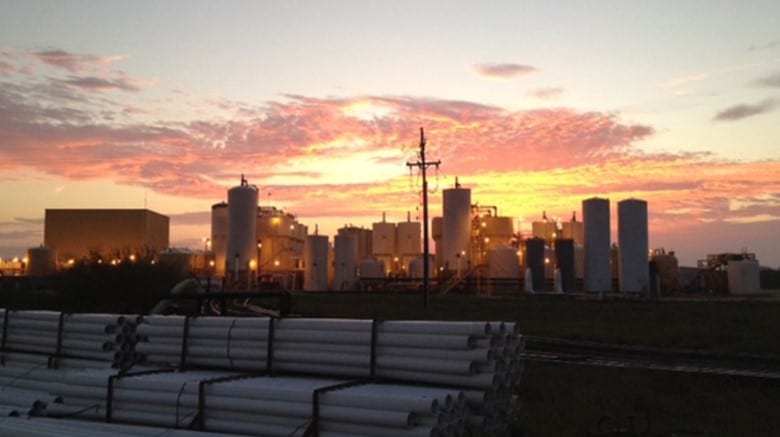 Energy Fuels currently has Alta Mesa in a state of readiness and maintenance to resume production following market conditions.

The Nichols Ranch ISR project is located in the prolific Powder River Basin of Wyoming. Energy Fuels acquired this key production asset in 2015 through its acquisition of Uranerz Energy Corporation.

The following steps for Nichols Ranch include increasing its production and advancing yield potential from the facility’s current licensed capacity of two million pounds of uranium per year. The project hosts significant expansion potential and has extensive controls in place to ensure environmental and wildlife protection.

The Pinyon Plain mine in Arizona is a licensed and substantially developed uranium mine that hosts the highest grade permitted mineralization in the US. The mine is currently on standby awaiting improved prices, and its surface infrastructure and production shaft are completed. Energy Fuels owns 100 percent of the asset. 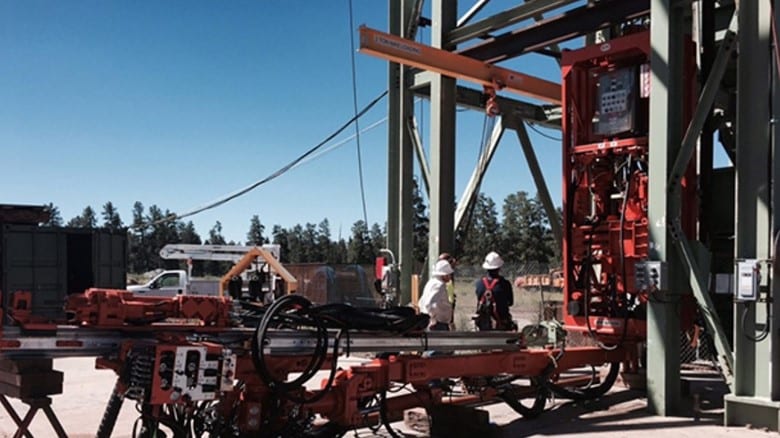 The asset could become the lowest-cost uranium mine in the U.S. The asset currently is on stand-by.

The fully-permitted and developed Tony M portion of the Henry Mountains complex is currently on standby, with the high-grade Bullfrog deposit preparing for permitting. Energy Fuels estimates Henry Mountain could produce up to 1.5 million pounds of uranium per year as a strategic asset near the company’s White Mesa Mill. 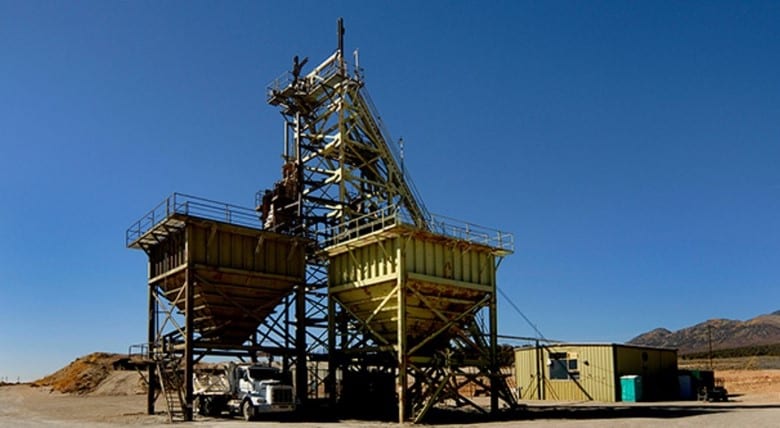 The La Sal complex is a fully permitted and developed series of mines, including four uranium and vanadium mines (La Sal, Beaver, Energy Queen and Pandora) connected by an extensive network of underground workings. The complex is located in the La Sal mining district, Utah along the La Sal trend, which runs east to west for about 20 miles. Energy Fuels owns 100 percent of La Sal.

Moving forward, Energy Fuels plans to continue with its readiness activities and expects to complete a surface and underground drilling program at the La Sal complex to potentially expand the known uranium and vanadium resources in a future resource report.

The Sheep Mountain project is a fully-permitted conventional uranium mine located approximately eight miles south of Jeffrey City, Wyoming, on a land package totaling 4,475 acres. The project includes the Congo pit, a proposed open-pit development and the existing Sheep Mountain underground mine.

The Sheep Mountain mine is a formerly producing conventional uranium mine with the potential to become a long-term uranium production center at higher uranium prices. The project has a resource estimate of approximately 12.9 million tons of measured and indicated resources at an average grade of 0.12 percent uranium, including 18.4 million pounds of reserves. 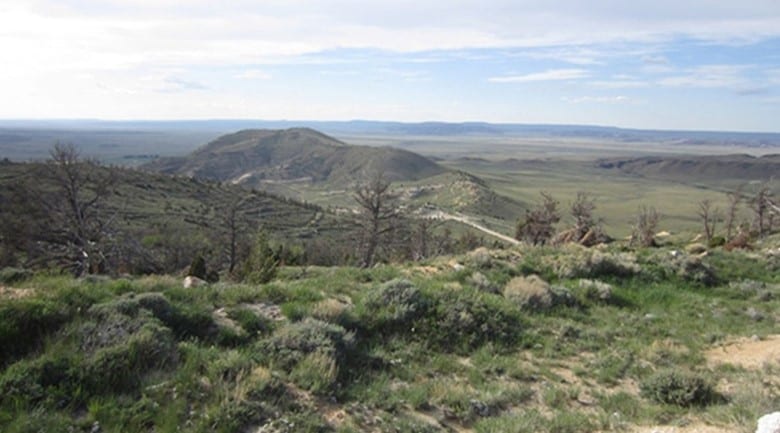 Energy Fuels has already strategically acquired its final Environmental Impact Statement (EIS) and Record of Decision (ROD) for the Sheep Mountain project, which was the last major government approval required to begin mining at this site. Energy Fuels plans to redevelop Sheep Mountain using conventional underground and open-pit mining methods with uranium produced in a new heap leach extraction process. The pre-feasibility study estimates Sheep Mountain can produce up to 1.5 million pounds of uranium annually over its 15-year lifespan.

The Roca Honda project is located in northwest New Mexico within trucking distance of Energy Fuels’ White Mesa mill. Honda is one of the largest and highest-grade development-stage uranium projects in the US. Energy Fuels owns 100 percent of the project.

Energy Fuels is currently working towards advanced stages of permitting for Roca Honda and could see up to 2.7 million pounds of annual uranium production for the project over a nine-year mine life.

Mark Chalmers brings an extensive background in both the U.S. and global uranium mining and processing industries to Energy Fuels.  From 2011 to 2015, he served as executive general manager of Production for Paladin Energy Ltd., a uranium producer with assets in Australia and Africa, including the Langer Heinrich and Kayelekera mines, where he oversaw sustained, significant increases in production while reducing operating costs.

Chalmers also possesses extensive experience in ISR uranium production, including management of the Beverley Uranium Mine owned by General Atomics in Australia and the Highland mine owned by Cameco Corporation. Chalmers has consulted with several of the largest players in the uranium supply sector, including BHP Billiton, Rio Tinto and Marubeni and currently serves as the Chair of the Australian Uranium Council, a position he has held since 2007.

David Frydenlund’s expertise extends to NRC, EPA, State and Federal regulatory and environmental laws and regulations. From 1997 to 2012, Frydenlund was VP of Regulatory Affairs, counsel and corporate secretary of Denison Mines Corp. and its predecessor International Uranium Corporation and was also a director of IUC from 1997 to 2006. From 1996 to 1997, Frydenlund was a VP of the Lundin Group of international public mining and oil and gas companies. Before, he was a partner with the Vancouver law firm of Ladner Downs, where his practice focused on corporate, securities and international mining transactions law. He was also an adjunct professor, corporate law, at the University of British Columbia Faculty of Law from 1990 to1994.

Curtis Moore is in charge of product marketing for Energy Fuels and is closely involved in mergers and acquisitions, investor relations, public relations, and corporate law. He has been with Energy Fuels for over 14 years, holding various roles of increasing responsibility. Prior, Moore worked in multi-family real estate development, government relations and public affairs, production homebuilding and private law practice. He is a licensed attorney in the State of Colorado.

The information contained here is for information purposes only and is not to be construed as an offer or solicitation for the sale or purchase of securities. Readers should conduct their own research for all information publicly available concerning the company. Prior to making any investment decision, it is recommended that readers consult directly with Energy Fuels and seek advice from a qualified investment advisor.

The information contained here is for information purposes only and is not to be construed as an offer or solicitation for the sale or purchase of securities. Readers should conduct their own research for all information publicly available concerning the company. Prior to making any investment decision, it is recommended that readers consult directly with Energy Fuels and seek advice from a qualified investment advisor.