This Commander Resources Ltd. profile is part of a paid investor education campaign.*

Commander Resources Ltd. (TSXV:CMD) is a resource company that was founded in 1989 and operates under the prospect generator model. The company has developed a portfolio filled with joint venture opportunities, exploration projects, royalties and investments across Canada and Mexico.

As a prospect generator, Commander Resources manages exploration risk by focusing on early-stage acquisitions and target identification. Any following exploration is conducted by option or joint venture partners, under which Commander Resources keeps either a small project interest and royalty or significant equity positions. This allows for the generation of income from property payments and shareholdings while reducing exploration risk exposure (dilution).

Commander Resources has a diversified royalty and property portfolio throughout Canada and Mexico that includes gold, copper, zinc, nickel and cobalt projects. This includes nine properties that are available for option. In2017, the company announced three option/joint ventures with $2.5 million in partner-funded exploration. Partner-funded exploration in 2018 totaled $1.2 million.

Commander Resources also owns approximately 2 percent of Maritime Resources, a company planning to re-open the past-producing Hammerdown mine within the next three years; Commander also owns a 2 percent NSR on the project. Maritime released a prefeasibility study (PFS) in 2017, which indicated an after-tax NPV (8 percent) of $44.2 million, after-tax IRR of 46.8 percent and a mine life of five years with an annual production of 35,000 ounces. The project boasts proven and probable reserves of 179,400 ounces, measured and indicated resources of 315,000 ounces and an inferred resource of 376,800 ounces of gold.

One of Commander Resources’ primary projects is the South Voisey’s Bay nickel-copper-cobalt project property in Labrador. The property is being developed as part of a joint venture with Fjordland Exploration and HPX. The project sits 85 kilometers south of Vale’s (NYSE:VALE) Voisey’s Bay mine, a major nickel and cobalt producer.

As for its other assets, Commander Resources has recently optioned its Burn copper-gold project in British Columbia to Freeport-McMoRan Mineral Properties Canada Inc. Freeport-McMoRan can earn a 75 percent interest in the property.

Commander Resources’ management team has over 85 collective years of experience in the mining industry and brings strong technical expertise in project generation.

Commander Resources: A Project Generator with Presence Across Canada and Mexico

Commander Resources manages exploration risk through adherence to the prospect generator model wherein the company focuses on early-stage exploration, acquisition and target identification. Ongoing exploration is offloaded to option and joint venture partners who earn direct property interests. Commander Resources retains smaller direct project interest plus royalties and significant equity positions in partners. Through this process, the company accumulates a significant royalty portfolio as well as generating income in the form of property payments and shareholdings. Dilution is minimized and income augments expenditures. 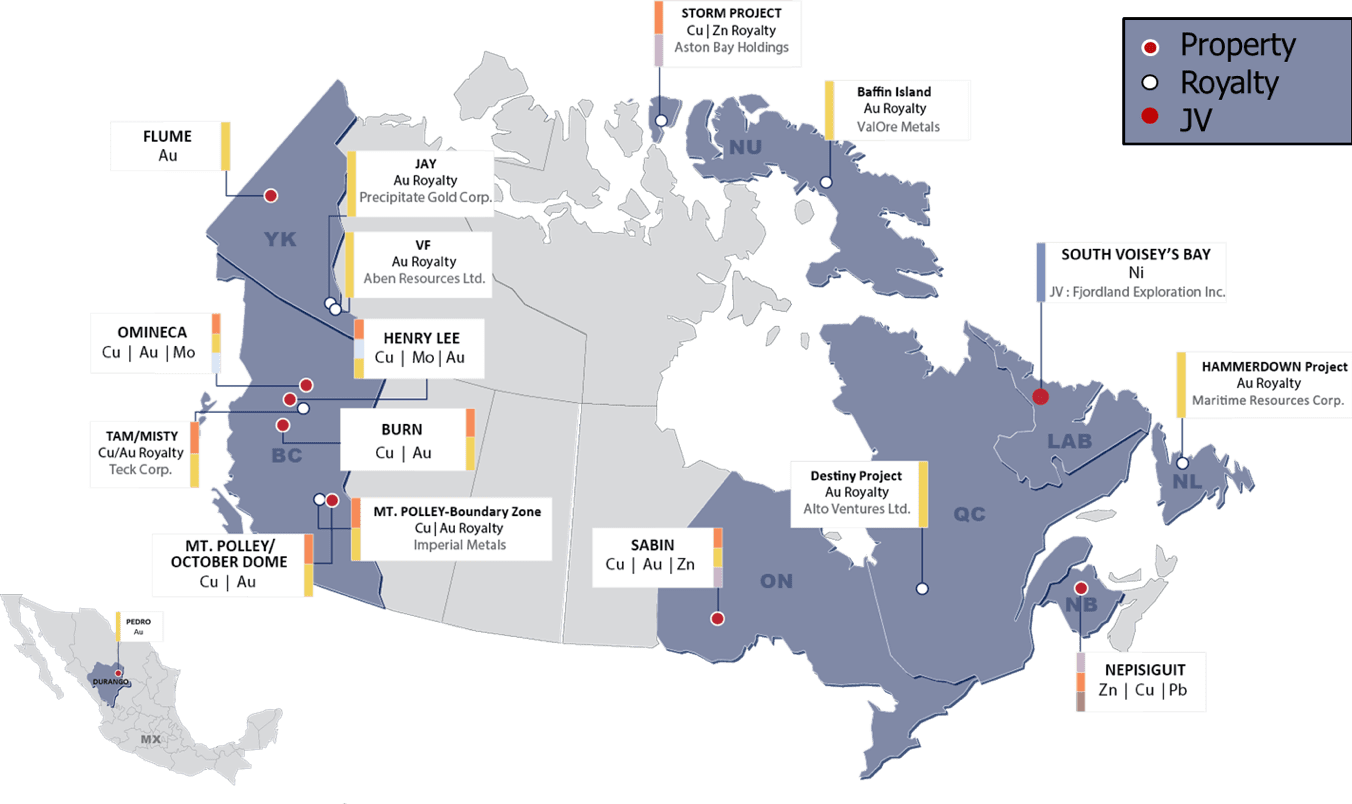 The large 294 kilometer property has an extensive geophysical and geochemical database that has guided drilling in two campaigns. To date, approximately $2.6 million has been spent during the first year of the option including 2,721 meters of drilling. 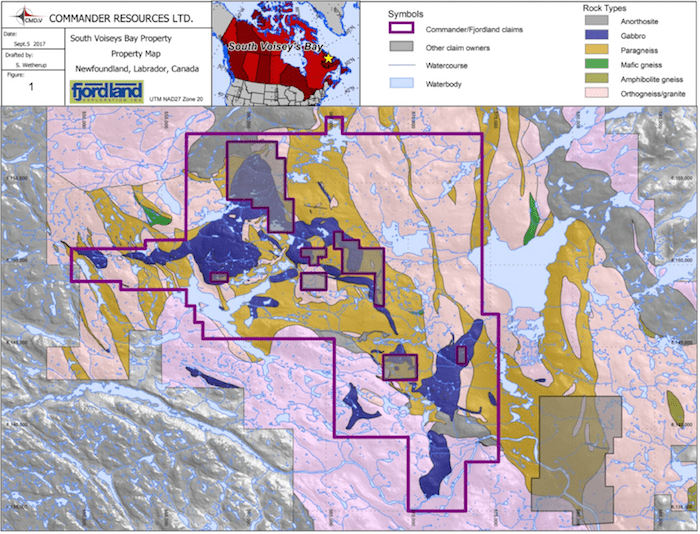 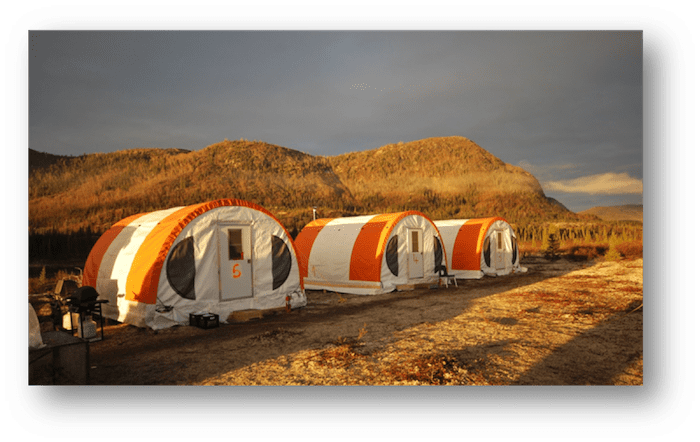 Commander Resources maintains a portfolio of exploration properties across Canada and Mexico and is continually advancing these assets by ongoing exploration consistent with the company’s prospect generator business model. The company’s goal is to highlight the prospectivity of these assets to attract joint venture partners.

This advanced property has seen about $3.5 million in historical work, which has outlined a 10 kilometer by 3 kilometer gold and arsenic soil anomaly covering the headwaters of Ten Mile and Sestak Creeks — both former and current placer gold producers. Drilling in 2012 returned 2 meters grading 5.76 g/t gold. 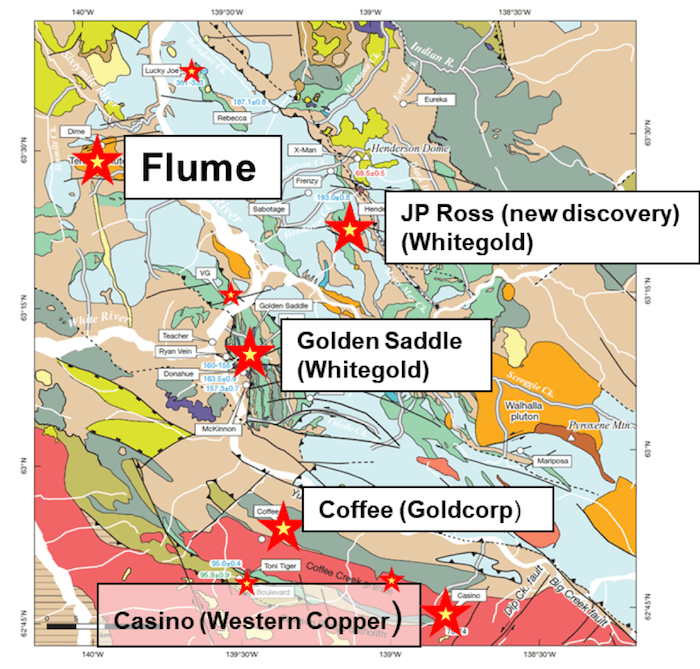 The Sabin zinc property was first worked by Union de Miniere Exploration (UMEX) in the 1970s. Initial work by UMEX led to the discovery of the Marchington zone, where shallow drilling on 15 meter centers outlined a historical near-surface resource from 15 meters to 61 meters depth.

In addition to the Marchington zone horizon, three additional partially drill tested zones have been identified: the Kash, South and S-23 zones.

The core of the Sabin property is underlain by extensive intermediate and felsic volcanic units that exhibit widespread alteration composed of garnet, staurolite, sillimanite and sericite metamorphic mineralogy. Characteristics of the Sabin and Sturgeon Lake deposits include high zinc and silver values with low conductivity. Gold was not consistently analyzed but sporadic assays suggest elevated potential. 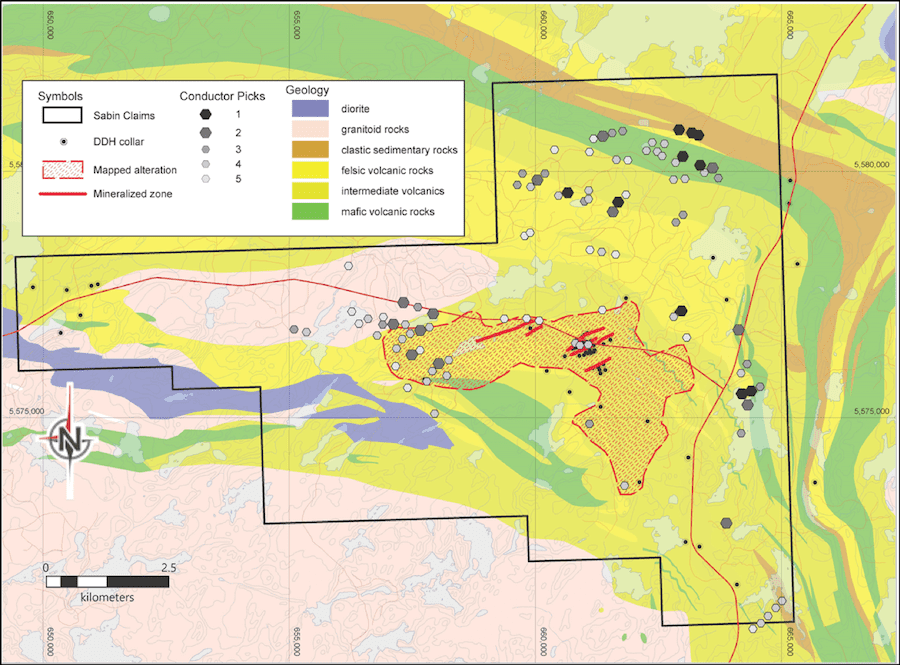 The target is defined by a grid area of 4 kilometers by 1.1 kilometers that has been surveyed by magnetic and induced polarization (IP) surveys and soil geochemistry.

In 2013 a 1,086 meter diamond drill program targeted the northern end of a 4 kilometer gold and arsenic soil anomaly that coincides with an IP chargeability anomaly. The company encountered diorite and monzonite intrusions within hornfelsed sediments and propylitized basalts and a new discovery of 15 meter core length of massive magnetite skarn with semi-massive pyrite layers with chalcopyrite, epidote and garnet at the sediment-basalt contact. A 9 meter section assayed 0.7 g/t gold and a 3 meter length of 1.3 g/t gold. This represents a new target on the property and is very similar geologically to the gold skarns formerly mined at the QR deposit to the northwest. 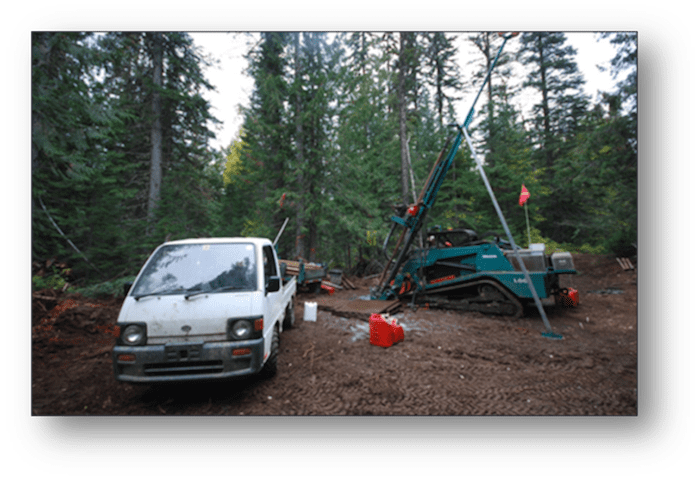 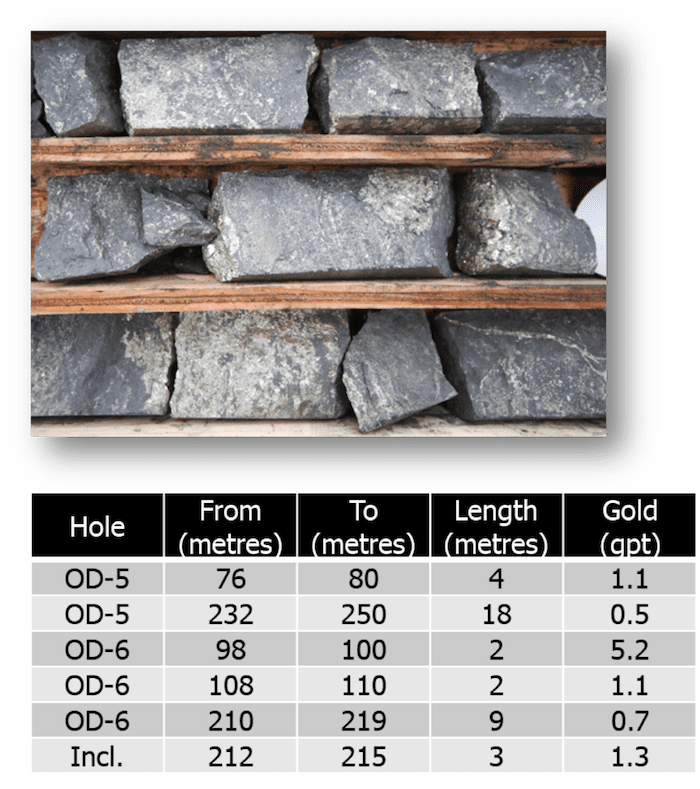 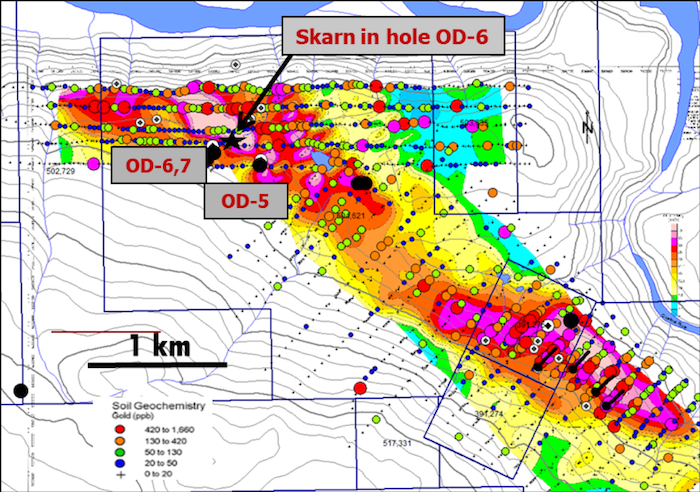 The Omineca gold-copper project is located in North-central British Columbia within the prolific copper-gold producing Quesnel Terrane. It is strategically located midway between the productive Mt. Milligan gold-copper mine and the past-producing Kemess mine.

The main target is a 4 kilometer long copper and gold soil anomaly defined by greater than 100 ppb gold and 100 ppm copper underlain by altered diorite and monzonite intrusions with magnetite stockworks. This large target has only been tested by two short holes that were less than 100 meters in depth, returning anomalous in gold.

Recent prospecting in 2017 and 2018 returned 10 grab samples greater than 1 g/t gold with one sample returning a high gold value of 21 g/t. 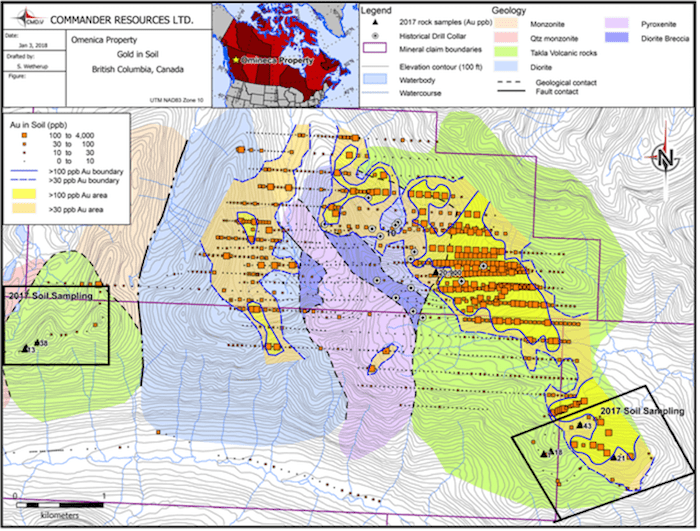 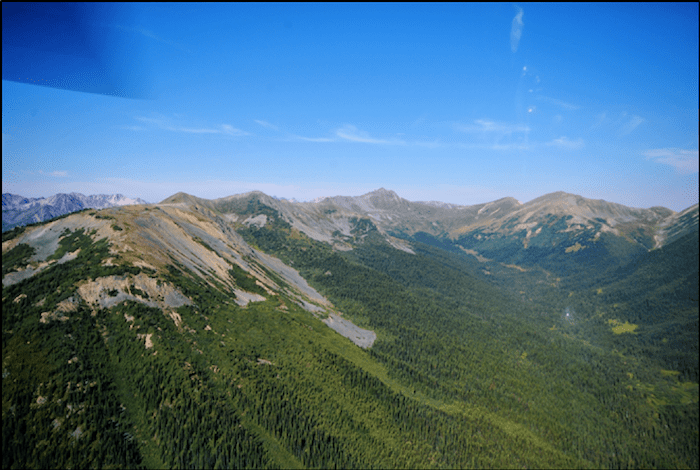 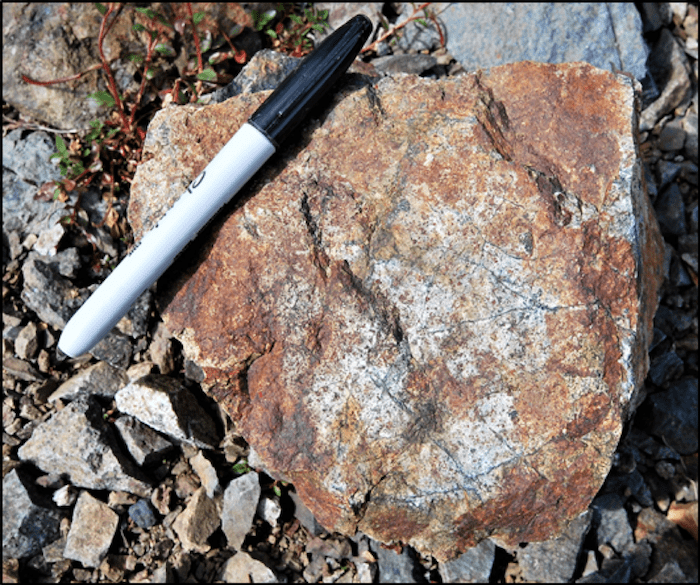 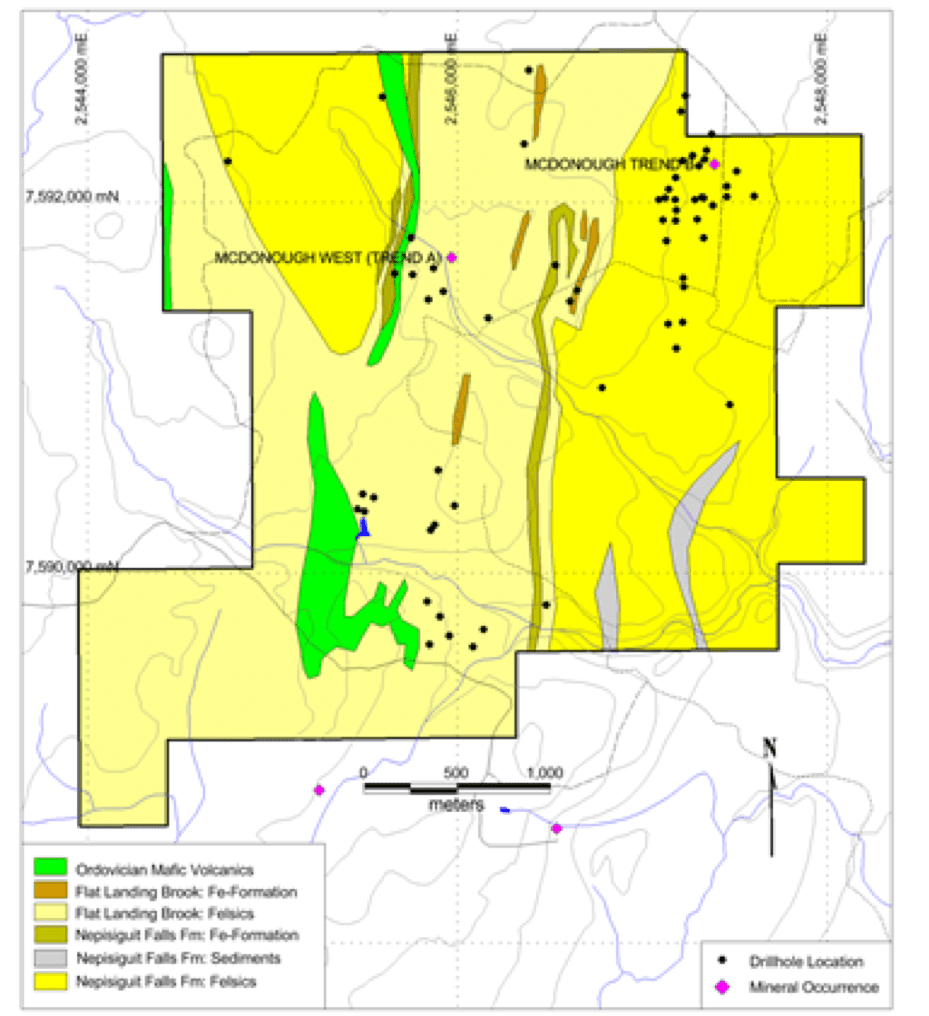 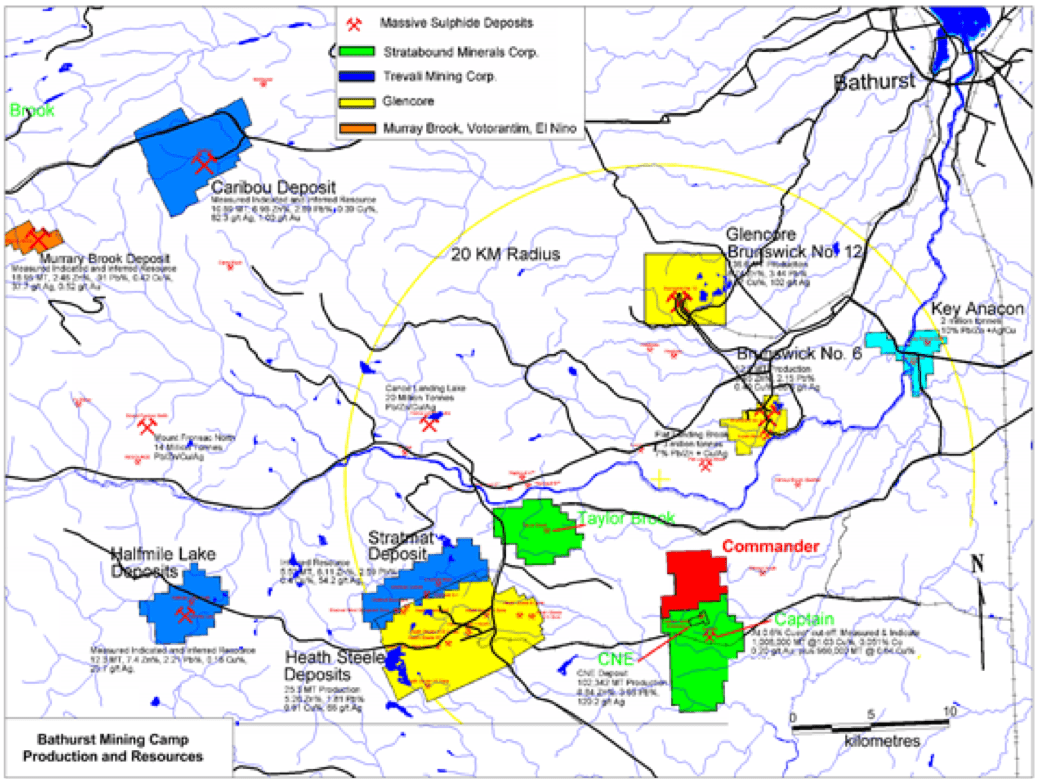 The Pedro gold project is 100 kilometers northwest from the city of Torreon in northeast Durango state, Mexico. Pedro comprises several targets, including the Las Lajas gold prospect and the HP Breccia prospect. 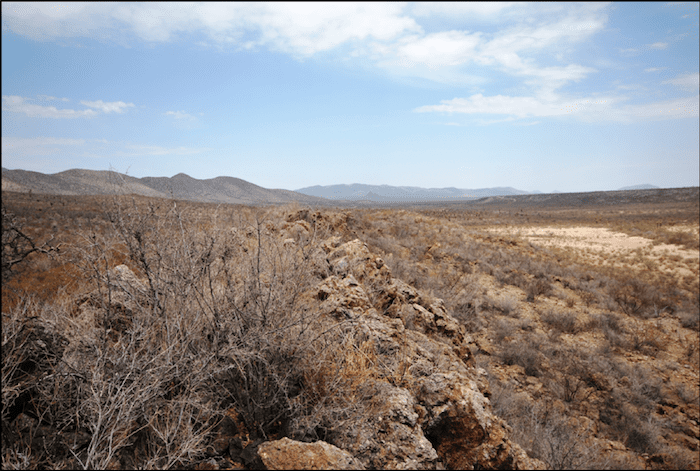 Commander Resource expanded the property in 2019 by acquiring two claims totaling 650 hectares for a one-time payment of $25,000. The vendor retains a 1 percent NSR and expects to receive a one-time royalty payment of $1 million at the start of commercial production. 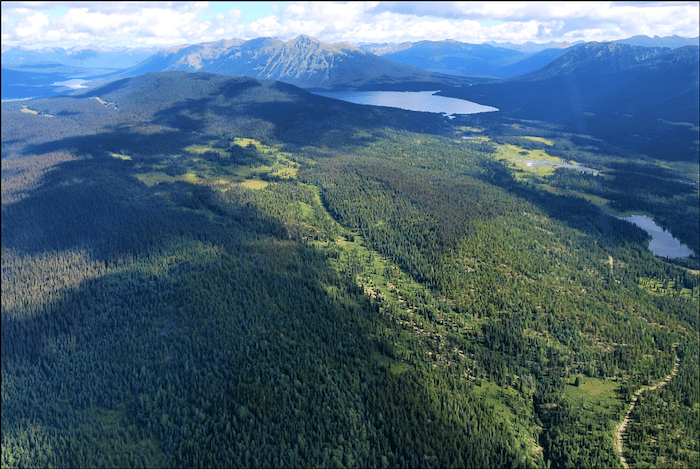 Commander Resources reported exploration activities on the Burn project in November 2020. Four porphyry centers were identified. The Central Zone showed high gold in soil values with four samples over 1,000 ppb gold, one being 3,929 ppb. Additionally, rock grab samples taken from the property included four samples greater than 250 ppb gold, one of which measured 1,586 ppb gold. The company received a multi-year exploration permit for the project in October. 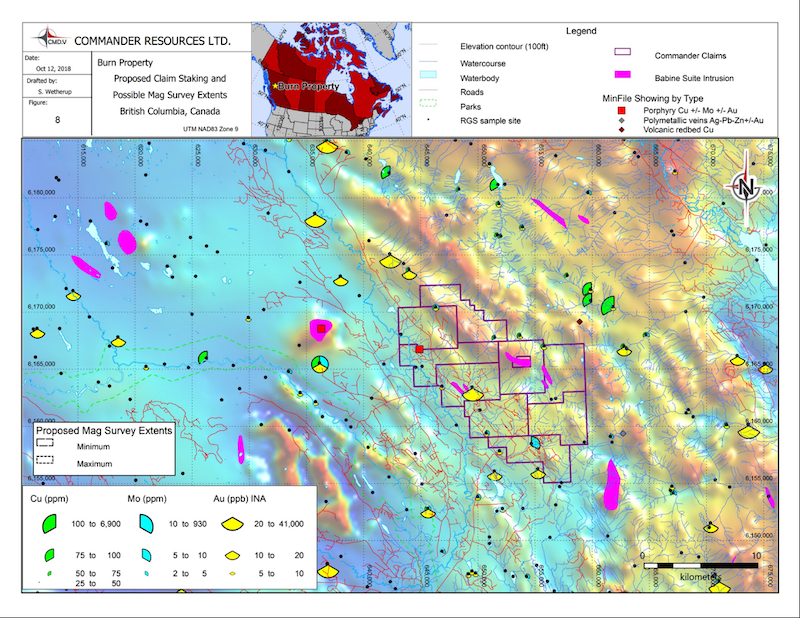 The company always seeks to replenish its project pipeline through generation and acquisition of new projects. The focus is currently on adding additional copper and gold projects in British Columbia and gold targets in Ontario. Target generation in Ontario is driven by a new initiative in which the company is digitizing the extensive and proprietary UMEX database that reflects over two decades of gold exploration efforts.

The First Loon property is 100 percent owned by Commander Resources and spans over 5,500 hectares in Northwestern Ontario in the Pickle Lake Gold Belt.

The First Loon property spans 27 kilometers of iron formation and other major structures and is the second gold property acquired in the Sturgeon Lake belt that covers gold in lake sediment anomalies.

In October 2020, the company completed an 800 line-kilometer airborne Magnetic and EM survey on the project. Magnetic and resistivity products will help Commander Resources put together a structural and geological interpretation of the property that will assist with detailed till sampling in 2021.

Robert Cameron has over 30 years of international experience in the mining industry, including positions as President and CEO of Valley High Ventures and Bearing Resources Ltd. as well as Vice-President and Manager of exploration for Phelps Dodge Corporation of Canada Limited (a then subsidiary of Freeport McMoRan Copper and Gold Inc.).

In addition, he has extensive market and finance experience including a term as mining analyst for Research Capital. He is a member of the Association of Professional Engineers and Geoscientists of British Columbia.

Stephen Wetherup has over 25 years of global experience including work with Phelps Dodge Corporation of Canada. He is also Vice President Geology with Caracle Creek International Consulting.

Janice Davies has been a member of the Commander management team since 1990. She has been engaged in administration, systems development, management and communications for public resource companies for over 20 years.

Patricia Fong has 20 years of experience in the mining and oil and gas industries. Prior to entering the resource industry, she held various management roles in manufacturing, construction, real estate and government sectors. She is currently the CFO of China Minerals Mining Corporation.

Brandon Macdonald is a finance and mining professional with a background in junior company management, governance and financing. He holds a B.Sc. degree in geology from UBC and an MBA from Oxford.

Bernard Kahlert, a geological engineer, has more than three decades experience in international mineral exploration (including diamonds). Prior to joining Commander Resources in 1990, he served as exploration manager for Amoco Minerals and Superior Oil in Australia, Canada and the US, as well as a consulting geologist for junior and major companies.

David Watkins is an international mining executive with 40 years of experience in building and managing mining companies. He is a geologist by training whose work resulted in the discovery, acquisition, development and operation of 15 successful gold, copper and zinc mines in Canada, the US, Chile, Peru, Australia and Zambia. His experience includes managing a number of corporate mergers, acquisitions and dispositions. Watkins joined Atna Resources Ltd. as President and Chief Executive Officer in 2000. Prior to joining Atna, he was Senior Vice President of Cyprus Amax Minerals Company where he was responsible for worldwide exploration and business development. He was President of Minnova Inc., a successor company to Falconbridge Copper where he and his teams discovered and built a number of mines that resulted in five operating divisions producing gold silver, copper and zinc for the company.

Eric Norton spent over 30 years with Teck Resources Ltd. and three years with Baja Mining Corp. as Vice President Project Development and Operations. He graduated from University of Toronto with a B.Sc. (Honors) in Metallurgy and Materials Science. While at Teck, he held senior positions in operations, commercial and business development. His roles also included Manager of Strategic Opportunities, working with the Exploration Business Development Group and Manager of Business Development in Vancouver. While at Baja Mining, he led the definitive feasibility study for development of the Boleo project in Mexico, and was active in working with brokers, banks and trading companies negotiating financing and commodity product agreements.

The information contained here is for information purposes only and is not to be construed as an offer or solicitation for the sale or purchase of securities. Readers should conduct their own research for all information publicly available concerning the company. Prior to making any investment decision, it is recommended that readers consult directly with Commander Resources Ltd. and seek advice from a qualified investment advisor.