A Low-Cost Producer of Battery Materials in South America

This A.I.S. Resources Ltd. profile is part of a paid investor education campaign.*

A.I.S. Resources Ltd.’s (TSXV:AIS,OTCQB:AISSF) strategy is to have a diversified minerals portfolio and aims to be a high-quality producer of battery raw materials, particularly lithium, manganese and gold. To fulfill this goal, the company has assembled a team of highly-qualified professionals with a track record of success in exploration, production, commodity trading and capital markets. A.I.S. Resources is currently focused on trading manganese ore from its partner projects in Peru, Bolivia and Panama, and through its trading partners in Africa.

Moving away from lithium brine exploration and development, A.I.S. Resources has now focused its efforts on extracting lithium using an advanced solvent extraction process EkoSolveTM that can achieve 95 percent lithium recovery rates. The technology allows producers to build 20,000 tonne plants without spending $550 million to $600 million on installing ponds and waiting 18 months for the brine to produce a four percent lithium concentrate. Instead, the producers can pump brine from the well directly into the plant, which has a capital cost of approximately $250 million, providing producers with more control over their operational expenditure, prices and supplies.

A.I.S. Resources is negotiating agreements to generate near-term cash flow opportunities through the trading of manganese lump. The company commenced shipping manganese oxide from the San Jorge mine in August 2019.  A.I.S. Resources is waiting to complete its first Chinese Important and Quarantine assessment which provides import credibility for the company to sell lump manganese. Contracts are paid by letter of credit once the ship departs from the port. A.I.S. Resources aims to ship 10,000 tonnes of manganese oxide per month after an initial trial of 5,000 tonnes and has plans to increase its capacity to 40,000 tonnes per month through spot trades, its own mines and joint ventures.

Mines and trading opportunities are being assessed by the geological team for near term production opportunities for delivery in southern Peru, Bolivia, Panama and Namibia. The company is preparing to conduct a due diligence program on the concessions in Panama.

A.I.S. Resources has entered a 90-day exclusive due diligence period to evaluate a gold mine in northern Peru. The mine has been worked in trenches and three underground shafts. Two grab samples from the Raw4 concession assayed 27 g/t gold and 466 g/t gold, and approximately 160 ounces of gold have been extracted from the two shafts in the adjacent concession in the last three months. A.I.S. Resources is currently conducting a review of the 5,888-hectare concession areas and plans to focus on developing one area initially.

Contributing to the company’s success is A.I.S. Resources President and CEO Philip Thomas brings his strong technical background in exploration geology, mine production and trading to the development of the company’s manganese and lithium technology assets. He is one of a few executives globally that has built and operated a lithium carbonate plant (in 2007). Thomas is also a certified mineral valuer, appraiser and geologist who has spent more than 15 years trading ores with Chinese corporations. Thomas has recently managed gold mines in Peru and Arizona.

Manganese has a variety of applications, including steel production, in particular, rebar for reinforcing concrete, aluminum and copper alloys, chemical applications and batteries. The metal is an integral component in the electric vehicle (EV)-battery space and demand is likely to increase as more countries push forward green initiatives and legislation. The nickel-manganese-cobalt (NMC) formula is expected to be replaced by higher manganese content. Under BASF’s proposed new move, it will start manufacturing NMC cathode material to comprise 70 percent manganese, while nickel will be cut to 20 percent and cobalt to a maximum of five percent.

As green initiatives gain prominence, EV sales are expected to reach 140 million in 2030 (source BloombergNEF) and 508 million by 2040. Solar panels are following a similar curve at around 50 percent growth each year. By incorporating manganese into an all-inorganic perovskite solar cell, scientists have increased its efficiency and stability while keeping manufacturing costs low. This surge in demand is expected to translate into increased demand for high-quality manganese as battery makers and end-users look for alternatives to using cobalt.

A.I.S. Resources is focused on providing its shareholders with near-term cash flow opportunities. To this aim, the company expects to trade up to 10,000 tonnes of manganese oxide per month in 2020 after initial shipments are completed.

The estimated cost of production and shipping 44 percent manganese oxide is competitive with global producers. The company has already seen significant price reductions in line with the recent reduction in the price of manganese lump.

A.I.S. Resources intends to ramp up its manganese trading operations to 20,000 tonnes of manganese ore per month once it has established larger joint venture operations. The company is in negotiations with several other interested parties and end-users for the supply of manganese ore. 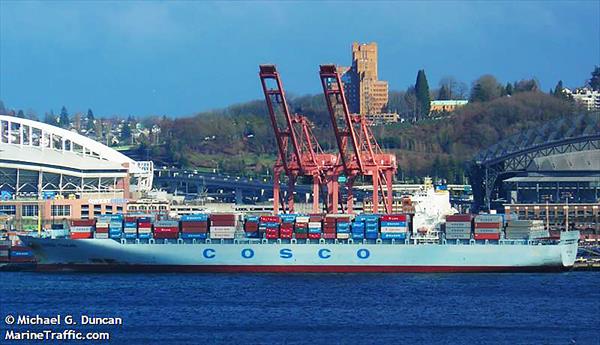 The global lithium market is expected to grow at a compounded annual growth rate (CAGR) of 13 percent between 2018 and 2022, according to a report by Research and Markets. The growth in the lithium market is anticipated to grow with the rise in EV sales. However, many analysts are concerned that the supply of battery materials cannot keep up with the demand. According to Albemarle, the demand for lithium-ion batteries from the EV industry is expected to grow at an annual rate of 20 to 30 percent through 2024.

There are more than five explorers with feasibility studies completed in Argentina and Chile getting ready to quote on the construction of plants.

A.I.S. Resources has signed a 120-day option agreement with Ekos Research to invest US$1 million for a 15 percent equity stake in Ekos Research’s SOLVEKOS solvent extraction process. The SOLVEKOS process is capable of achieving over 95 percent lithium extraction rate from raw brines with high magnesium and is able to produce a lithium product with a 99.2 percent purity without the use of traditional pond evaporation methods. The process is also able to recover over 90 percent of the solvents used and has a 98.5 percent efficiency in removing significant ions such as magnesium, calcium, potassium and boron.

The US$1 million investment made by A.I.S. Resources is to go towards the construction of a pilot plant. The plant will be built in Melbourne, Australia before being shipped to Salta, Argentina to demonstrate its commercial viability. Once payment is received, the pilot plant construction is expected to be completed in nine months. A combined capital raising and issue of convertible notes is expected to fund the project.

A.I.S. Resources can earn an initial 51 percent interest in a gold mine in northern Peru that can produce up to five kilograms of gold per day, and recently has had an average revenue of US$75,000 per month. The company has been granted a 90-day due diligence period and hopes to discover that the property contains over 300,000 ounces of winnable gold through numerous vein systems evident on the surface. To date, two grab samples have been recovered from the Jaw4 concession that graded 27 g/t gold and 466 g/t gold.

If this is the case, A.I.S. Resources intends to expand the mine’s operations to 24 tonnes a day with the initial installation of a ball mill, wilfley table and ancillary processing equipment, worth US$500,000. At a later date, A.I.S. Resources plans to install a much larger line of equipment with CIL gold production capacity. The company also plans to offer its mine management experience and mine engineering capabilities. 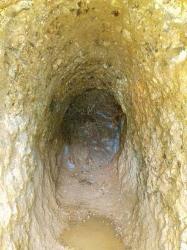 Martyn Element — Chairman of the Board and Director

Martyn Element is the founder and President of Element and Associates, which is primarily focused on sourcing and pursuing new business ventures globally. The group has a proven track record of successfully advising and marketing new business ventures. Element has cultivated an extensive global network and developed strong working relationships with specialized funds and other related parties in conjunction with the various aspects required to market these opportunities. He developed his experience in the public financial markets in Canada, prior to forming Element and Associates in 1989. Before entering the financial markets, he was involved in the food and beverage industry in Canada and the UK. Element brings a genuine personal interest to each project and a skill set of identifying needs and developing strategic plans as well as providing an extensive network of contacts.

Phillip Thomas has degrees in Geology and Business Marketing and is a certified mineral valuer. He specializes in lithium, Manganese, Gold and Copper mineralisation, and is experienced in finance and capital raising, management of mining companies, and planning, development and management of mining projects. He has established a number of significant exploration projects in Mexico, US, Chile, Argentina, Arizona and Australia. Previously, he was actively engaged in developing two major lithium projects in Argentina with Dr. Sorentino. Mr Thomas has specialized in the exploration, development, financing and sales of lithium deposits within  public company structures.

He has extensive knowledge of the lithium carbonate markets in Japan, Korea, China and Taiwan. From 2003 to 2008, he was CEO of Admiralty Resources, where he developed the Rincon Salar project in Argentina and commenced production. He and his team constructed a laboratory, pilot plant and developed a process to evaporate the brines in half the usual time. Phil has been active in three lithium projects in the last 16 years. Phillip holds an M.Bus.Marketing degree with high distinction from Monash University, a Bachelor of Science (Geology) degree and a Diploma in Finance. He is a member of the Australian Institute of Geoscientists and a Certified Mineral Valuer with the Australasian Institute of Mineral Valuers and Appraisers. He is both a qualified and competent person for NI43-101 and JORC ASX reporting in styles of mineralization for lithium brines, manganese, copper, gold and iron ore.

With over 20 years of experience, Kiki Smith has been assisting private and public companies in the role of accountant, corporate controller and chief financial officer in mining, oil and gas, real estate, high technology, food production and investment fund management. She currently provides consulting services in mergers and acquisitions, financial reporting and regulatory compliance to several public and private companies in the resource, food production and investment sectors. She graduated from the University of British Columbia in 1989 with a Bachelor of Arts degree in economics. She is a member of the Chartered Professional Accountants of British Columbia.

Anthony Balme is an active participant in a number of public and private resource ventures. In the private sector, he is Chairman of Carter Capital Ltd., Lymington Underwriting (insurance) and Alton Resource Corporation. In the public sector, he is Chairman of Forum Energy Metals, listed on the TSX, and formerly of Ortac Resources, listed on the AIM market. One of his focuses is identifying early stage opportunities in the resource sector and arranging financings to advance projects to the public markets in both the UK and Canada.

The information contained here is for information purposes only and is not to be construed as an offer or solicitation for the sale or purchase of securities. Readers should conduct their own research for all information publicly available concerning the company. Prior to making any investment decision, it is recommended that readers consult directly with A.I.S. Resources Ltd.’s (TSXV:AIS,OTCQB:AISSF) and seek advice from a qualified investment advisor.