The Mack Drill Program was designed to test the anomalous gold concentrations reported from trenching programs outlined in historical assessment reports filed with the B.C. government in 19762and 19793 and also to determine a bedrock source for anomalous concentrations of copper, molybdenum and tungsten in soil samples collected during a 386-grid sample program completed by UMS in 2018.4

Of the three holes, MK2001 contained a greater abundance of veins/fractures, numerous veins with sericitic alteration halos and the greatest amount of chalcopyrite, molybdenite and scheelite. Holes MK2002 and MK2003 were not as well mineralized as MK2001 and their geochemical results are lower (see Mack Drill Program analytical results table below).

Although the Mack Project has some characteristics of a reduced intrusion related system, a better mineral system analogy is likely the Northern Dancer (Logtung) mineral system located some 225 km to the north near Watson Lake in the Yukon.5 Logtung is a low grade, large tonnage, tungsten-molybdenum system hosted by an intrusive. Its geochemical signature appears to be similar to the geochemical results obtained from the Mack Drill Program. The extensive area of anomalous mineralization intersected at Mack could represent the margins of such a system. Hole MK2001 returned the greatest number and highest geochemical concentrations of copper, molybdenum and tungsten suggesting mineralization is increasing to the south-east towards the strongest portion of the northwest-southeast trending soil geochem anomaly (see copper soil anomaly map attached). The location of MK2001, and further to the south-east, is in an area with few outcrop exposures. Therefor an induced polarization (IP) geophysical survey east of hole MK2001 across the area of anomalous soil geochemistry could assist in selecting potential new drill targets.

Mack Project drill core was logged, photographed and cut in half with a diamond saw. 188 half core samples were sent to Activation Laboratories Ltd. (“Actlabs“), Kamloops, British Columbia facility (17025 accredited), for preparation and Au analysis by fire assay fusion of a 30 g sample followed by ICP finish. Prepared samples were sent to Actlabs laboratory at Ancaster, Ontario (17025 accredited) for W assay by instrumental neutron activation analysis (INAA) and for Cu, Ag, Mo, Bi and 58 additional element analysis by four acid digestion of a 0.25 g sample followed by ICP-OES/MS finish. Control samples were inserted in each analytical batch at the following rates: standards one in 20 regular samples, duplicates one in 20 samples and blanks one in 20 samples. WO3 was calculated: W ppm (elemental tungsten) * 1.2612/10,000 = WO3% (tungsten trioxide). Marketable concentrates of tungsten are typically described in terms of WO3% (tungsten trioxide) content.

The Company also announces that it has entered into an assignment, assumption, debt settlement and subscription agreement dated February 4, 2021 (the “Debt Assignment and Settlement Agreement“) with each of WEM Western Energy Metals Ltd. (“WEM“) and BC Vanadium Corp. (“BCVC“), both wholly-owned subsidiaries of the Company, and Ridgeline Exploration Services Ltd. (“Ridgeline“), to settle certain amounts owed by each subsidiary for unpaid remuneration for geological and mineral consulting services performed by Ridgeline.

Concurrent to and in connection with the Debt Settlement, each of WEM and BCVC entered into separate mineral property purchase agreements with Ridgeline, pursuant to which Ridgeline agreed to acquire from each of WEM and BCVC respectively 100% undivided, unencumbered legal and beneficial interests in the “Porcher” and “Star” properties, respectively located in the Vancouver and Skeena mining divisions of the Province of British Columbia, as well as the “Peneece” and “Blackie” properties, located in the Skeena Mining Division of the Province of British Columbia (collectively, the “Mineral Properties“), in consideration for the full and final payment of an aggregate of $25,000 in debt owed by each of WEM and BCVC for certain geological and mineral consulting services rendered performed by Ridgeline (the “Subsidiary Debt Settlement“).

A director of the Company is also a director and controlling shareholder of Ridgeline. Accordingly, each of the Debt Settlement and the Subsidiary Debt Settlement constituted a “related party transaction” within the meaning of Multilateral Instrument 61-101 – Protection of Minority Security Holders in Special Transactions (“MI 61-101“). The issuance of the Shares and the conveyances of the Mineral Properties to Ridgeline, however, were exempt from the valuation requirements of MI 61-101 by the virtue of the exemption contained in section 5.5(b) as the Company’s Shares are not listed on a specified market and from the minority shareholder approval requirements of MI 61-101 by virtue of the exemption contained in Section 5.7(1)(a) as the value of the Shares issued under the Debt Settlement and the Mineral Properties under the Subsidiary Debt Settlement did not exceed 25% of the Company’s market capitalization.

The Shares issued in connection with the Settlements will be subject to a statutory hold period expiring four months and one day after the date of issuance (the “Issuance Date“), as set out in National Instrument 45‐102 – Resale of Securities.

Linda Erdman, P.Geo., a Qualified Person as defined under National Instrument 43-101 – Standards of Disclosure for Mineral Projects (“NI 43-101“), has reviewed and approved the technical content in this release. However, historical information contained in this news release cannot be relied upon as the Company’s Qualified Person, as defined under NI 43-101 has not prepared nor verified the historical information.

ON BEHALF OF THE BOARD OF DIRECTORS OF

For more information regarding this news release, please contact:

Forward-looking statements involve known and unknown risks, uncertainties and other factors which may cause the actual results, performance or achievements of the Company to differ materially from any future results, performance or achievements expressed or implied by the forward-looking information. Further, the novel strain of coronavirus, COVID-19, also poses new risks that are currently indescribable and immeasurable. Other factors may also adversely affect the future results or performance of the Company, including general economic, market or business conditions, future prices of gold or other precious metals and base metals, changes in the financial markets and in the demand for gold or other precious metals, changes in laws, regulations and policies affecting the mineral exploration industry, and risks related to the Company’s investments and operations in the mineral exploration sector in Canada and abroad, as well as the risks and uncertainties which are more fully described in the Company’s annual and quarterly management’s discussion and analysis and other filings made by the Company with Canadian securities regulatory authorities under the Company’s profile at www.sedar.com. Readers are cautioned that forward-looking statements are not guarantees of future performance or events and, accordingly, are cautioned not to put undue reliance on forward-looking statements due to the inherent uncertainty of such statements.

Neither the CSE nor its Regulation Services Provider (as that term is defined in the policies of the CSE accepts responsibility for the adequacy or accuracy of this release). 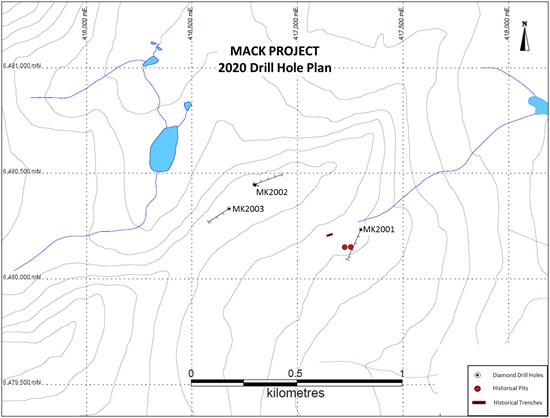 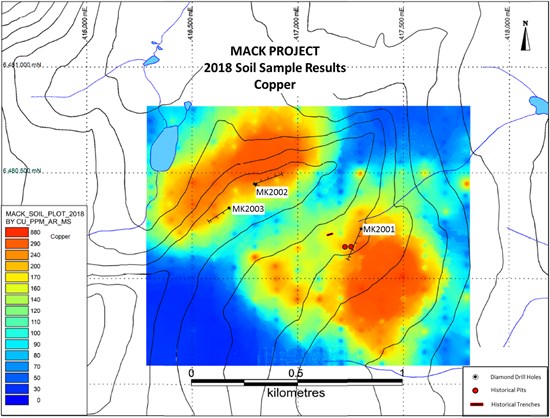 To view the source version of this press release, please visit https://www.newsfilecorp.com/release/73788