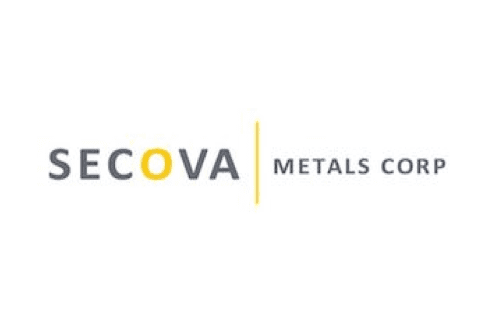 Secova Metals Corp. (TSXV:SEK;FWB:N4UN;OTCMKTS:SEKZD) is a junior mineral exploration company with a primary focus on the Windfall gold camp in Quebec, Canada. The company is dedicated to creating value for its shareholders through methodical exploration. Secova Metals conducts extensive exploration by utilizing cost-effective methods to determine the location of possible ore bodies, deposits and mineralized zones before drilling, strategically conserving shareholders’ money.

The company’s flagship Eagle River project is strategically located adjacent to Bonterra Resource Inc.’s (TSXV:BTR; OTCQX:BONXF; FWB:9BR1) Gladiator project and is south of Osisko Mining Inc.’s (TSX:OSK) Windfall Lake project. When combined, Osisko and Bonterra have a $1 billion market cap, attributing to the potential success to be found in the area.

Secova Metals’ management team was involved in the early methodical exploration expansion of Osisko Mining’s Windfall Lake project before being acquired. There has been little to no exploratory work done on the property prior to Secova Metals taking on the Eagle River project. After the initial land acquisition, February 2017 saw a major land staking rush in which Secova Metals was the first to act (November 2016) and then increased its land position by five times its size prior to the staking rush. To date, the company has completed an airborne VTEM Plus survey on a quarter of the project that outlined 19 distinct anomalies on the property, which was followed up with an initial ground exploration program that returned gold in 29 out of 30 till samples recovered for a success rate of 96 percent.

Secova Metals’ Duvay/Chenier property is an advanced-stage gold property for which they have the option to acquire a 90 percent interest. The property has seen extensive historical exploration work and the company is currently evaluating its next step forward.

Secova Metals’ management team is intimately familiar with the Windfall gold camp district as they were commissioned to develop the mineralization model for Osisko’s Windfall Lake project. They were able to determine that the mineralization structure in the area continues to the south and strengthens as it hits Bonterra’s Gladiator project.

Secova’s most recent addition to its project portfolio is a group of prospective vanadium properties in Quebec. Diversifying into the energy metals market has the potential to build further value for shareholders through exposure to rising demand for vanadium both from the steel industry and the market for vanadium redox flow battery technology.