This Plymouth Rock Tech profile is part of a paid investor education campaign.*

To meet this aim, Plymouth Rock Tech is developing three threat detection technologies that they expect to release for military and commercial use within the next two years. The company’s first technology solution, Wi-Ti, uses Wi-Fi signals to determine whether an individual is carrying a concealed weapon or explosive in an open public space.

Plymouth Rock Tech’s second technology solution, MiRIAD, is a compact, radiofrequency sensor package that can be used on unmanned aerial vehicles (UAVs) or drones. The technology has military and commercial applications as it can be used to identify threats at public functions, such as sporting events, in search and rescue missions or by the military for inspection purposes, such as looking for landmines.

Finally, Plymouth Rock Tech’s Shoe Scanner Detection technology, which was recently purchased from the Manchester Metropolitan University, can create a 3D model of an individual’s shoes while still on their feet. The technology is able to process 30 people per minute and the company is working on speeding up the processing time. Additionally, the company intends to sell the technology as a white-label solution to airports and correctional facilities, among others.

Plymouth Rock Tech’s technical staff have over 100 years of combined experience and knowledge in laser and radiofrequency communications, military and commercial radars, low-latency and high-capacity data transport and imaging and sensing technologies. In addition to their experience and know-how, the company is responsible for designing and delivering the world’s first affordable, long-range detector of suicide bombs and assault weapons in 2014.

The War on Terror and the Need for Protection

Since 9/11, many countries around the world have increased their security measures at airports, schools and public events to combat acts of terror by extremist groups. Even though the deaths associated with terrorist attacks have been declining, there still is a need to find more appropriate screening technologies and advanced threat detection methods. This has led to a booming threat detection systems market, which was valued at $48.38 billion in 2015 and is expected to reach $199.17 billion by 2022.

Most terrorist attacks occur in the Middle East and Africa due to the high levels of conflict and political instability encountered in the region. However, there has been a rising trend in Organisation for Economic Co-operation and Development (OECD) countries being targeted by radical terrorist groups, such as ISIL, with Western European countries being targeted specifically.

As terrorist organizations continue to push their radical agendas, it is imperative for governments and security agencies to be able to detect threats before they are deployed.

Wi-Ti is a cutting-edge wall-mounted sensor system that can detect concealed threat items in large public spaces by covertly widening the security perimeter. The technology analyzes Wi-Fi signals as they reflect off of walls and people. These signals are altered when they come into contact with concealed threat items in a predictable way. The system then compares the received radar returns against known threat signatures in order to detect and differentiate threat and non-threat items over the Wi-Fi-enabled coverage area. 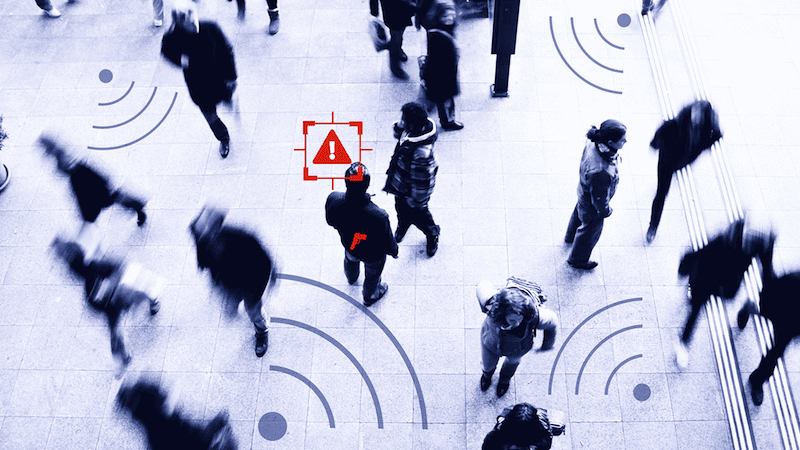 Essentially, Wi-Ti compares the reflected Wi-Fi signals against known threat signatures in order to identify concealed threat items in a large coverage area. Wi-Ti does this by using synthetic aperture radar (SAR) and multiple-input and multiple-output (MIMO) techniques to locate suspicious objects within its field of view through triangulation.

Once the object in question is located, the system alerts security personnel to give them the location and priority of the detected threat using a video display of the coverage area. The Wi-Ti technology will not interfere with Wi-Fi network operation as it is a passive technology and not subject to regulatory approval.

Plymouth Rock Tech primarily envisions their Wi-Ti technology to be used in the detection of concealed weapons in schools, airports, sports complexes, casinos and theme parks, among others. However, the company is looking to expand the technology’s applications as Plymouth Rock Tech continues its R&D activities.

MiRIAD is a compact, radiofrequency sensor package that can be used on unmanned aerial vehicles (UAVs) or the PRT-X1 drone. The technology is designed to support a variety of missions but is optimized to detect threat devices concealed on a person in an outdoor environment through the use of passive and active millimeter-wave radar. 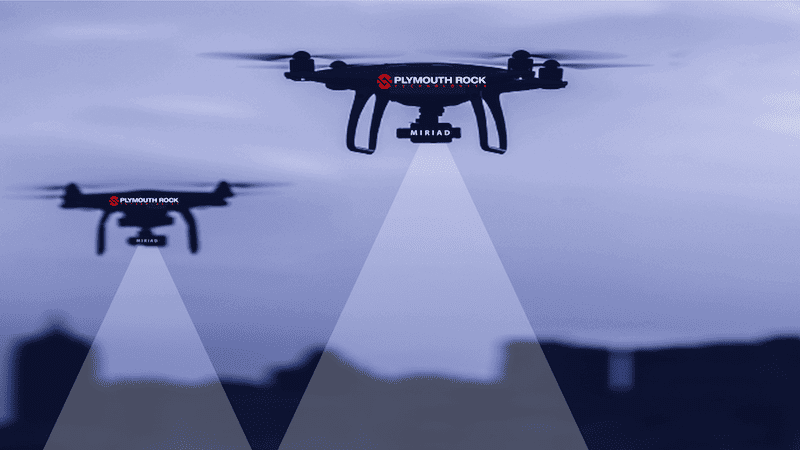 The PRT-X1 drone platform uses MiRIAD , an ultra-lightweight antenna to capture radar images of target subjects within a wide field of view. The captured radar image data and high-resolution video is then sent wirelessly to a central processing center for analysis that is capable of supporting multiple UAVs.

The processing center then uses algorithm-based digital signal processing techniques to analyze and overlay the image onto the video, giving security personnel a real-time image of the video captured. The technology also uses artificial intelligence (AI) and augmented reality (AR) techniques to positively Identify a threat and its exact location.

MiRIAD can be added to most military and security aircraft as well as to commercially available drones to provide a number of services. The technology is ideal for outdoor public event crowd screening, such as sporting events, special police and security operations and forward-operating base protection. The company is planning to expand the technology’s applications to include remote infrastructure inspection and analysis as well as oil and gas pipeline inspection.

In October 2019, Plymouth Rock Tech launched the PRT-X1 drone, which has been designed with the direct input of law enforcement, intelligence agencies, military and rescue services. The company is currently in discussions with various law enforcement and rescue service agencies to acquire the PRT-X1 via the General Services Administration and other associated US government-approved lease and purchase programs.

The Shoe Scanner is a floor-mounted 3D imaging system that was developed by and purchased from the Manchester Metropolitan University. The device uses millimeter-wave imaging techniques to inspect footwear for alterations. The system can be used by airport security to eliminate the need for footwear removal and to streamline the security screening process. The technology is expected to reduce bottlenecks and the number of unprotected people waiting in queue. 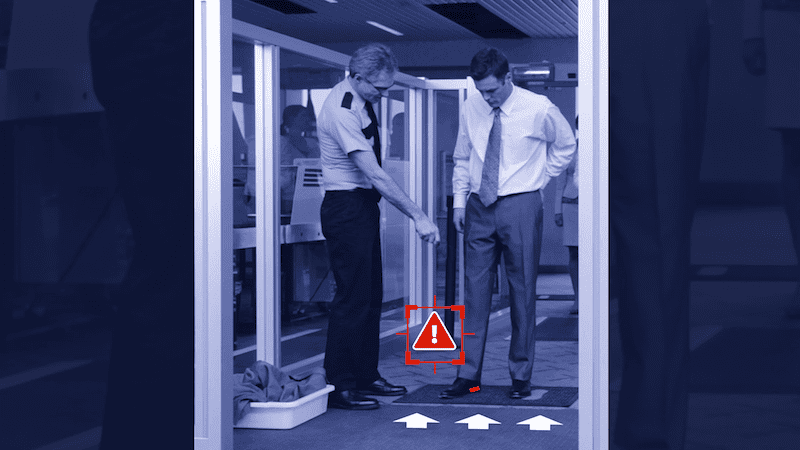 The Shoe Scanner system is similar to a flatbed scanner utilizing millimeter energy to create a 3D image of the footwear without requiring the removal of shoes. The image created by the scanner utilizes AI technology to detect any concealed items or alterations made to the footwear structure and will alert security personnel when a threat is identified.

The scanner can be used alone or in conjunction with other security screening equipment and can be retrofitted to blend in with existing security equipment. Currently, the technology can process 30 people per minute and Plymouth Rock Tech is developing a walkthrough option to further reduce queue wait times.

The scanner is a viable security option for airport terminals, public events, prisons and correctional facilities, among other high-throughput screening applications. Plymouth Rock Tech intends to sell its technology as a white label solution to airports, among other interested parties.

Dana Wheeler is a recognized industry veteran with over 35 years’ experience in RF, microwave and millimeter-wave technologies. He has a proven track record of successful start-ups, mergers and acquisitions. He has held past positions with M/A-Com, Millitech, Lockheed Martin, Harmonix Corp, Terabeam, Proxim and was the founder of Radio Physics Inc. Wheeler is a graduate of the University of Massachusetts and Dartmouth.

David Russell is based at our Plymouth Innovation and engineering facility. He is responsible for program management and engineering execution, including bringing a diverse team together and coordinating all inter-dependencies between the functional disciplines needed to convert the product vision into executed products.

Carl Cagliarini has a multi-location role. As well as being one of the key innovators, he is responsible for the development and execution of the company strategy, driving the vision, brand, forming strategic alliances and client engagement.

Stuart Harmer is based at our Chichester University facility in the UK. He is responsible for technical oversight on novel application of physics-related innovation and acts as an overall “reality check” and troubleshooting resource throughout the technical process. His role involves collaboration with technical leads and interacts with customers at industry seminars

Zara Kanji is a Member of the Chartered Professional Accountants of British Columbia and Canada and is the owner of Zara Kanji & Associates, an accounting, tax and management consulting firm she founded in 2003. She holds a Bachelors of Technology in Accounting (honors) and a Diploma in Corporate Finance (Honors) from the British Columbia Institute of Technology. She is experienced in financial reporting compliance for junior-listed companies and has served as a director and officer for several public companies listed in Canada. She has held director and senior officer positions with various public companies.

Vivian Katsuris has over 27 years of experience in the brokerage industry, the North American capital markets and public financings. She was an investment advisor at Global Securities Corporation and Canaccord Capital Corp. (Canada and US divisions). She has also held director and senior officer positions with various public companies over the last five years.

Angelos Kostopoulos is a partner with the Nakou & Associates, a boutique law firm that specializes in commercial law, based in Athens, Greece with offices in Washington, DC. He holds a BA degree from Arizona State University, a MA degree from Indiana University and a M.Sc. degree from the Hellenic Army Supreme War College. He is also a candidate for a Masters of Law (LL.M.) degree at Cumbria University, United Kingdom.

Kostopoulos has served as General Manager for Enron Wind Systems and General Electric Wind, manufacturers of wind turbines. He has also served as COO for UPC Renewables, for SE Europe.

George Stubos is the President of Stubos Capital Inc., in Vancouver, Canada and has 25 years of Capital Markets, Energy and Technology investing experience leading early stage companies in their growth strategies. Previously, he was an investment advisor with Canaccord Capital and was a founder of Business Financial Publishing, Investorlinks.com, San Telmo Energy, Rolling Thunder Exploration, and Argentex Mining. In 2007, he founded Shaman Energy LLC, which was awarded a Production Sharing Contract by the Government of Mongolia and was sold to Ivanhoe Energy. He is a member of the Association of International Petroleum Negotiators and the North America – Mongolia Business Council. He is also a founder of Taste the World (TTW), an annual wine-tasting event and silent auction. As a board member, he sponsors the event in support of the Angkor Hospital for Children, located in Siem Reap, Cambodia. Stubos attended the University of British Columbia where he studied political science and history and was a member of the Phi Alpha chapter of the Delta Kappa Epsilon fraternity.

Tim Crowhurst is President of Sea Level Communications Ltd., and a former Administrative Tribunal Judge of the Immigration Appeal Division of Canada’s Immigration and Refugee Board. He brings to Plymouth a long history in managing public companies, as well as a strong understanding of border security measures and international immigration movements. Prior to commencing a successful issue and crisis management consultancy in 1993, he was an advisor to several Canadian Cabinet Ministers.

The information contained here is for information purposes only and is not to be construed as an offer or solicitation for the sale or purchase of securities. Readers should conduct their own research for all information publicly available concerning the company. Prior to making any investment decision, it is recommended that readers consult directly with Plymouth Rock Technologies Inc. and seek advice from a qualified investment advisor.