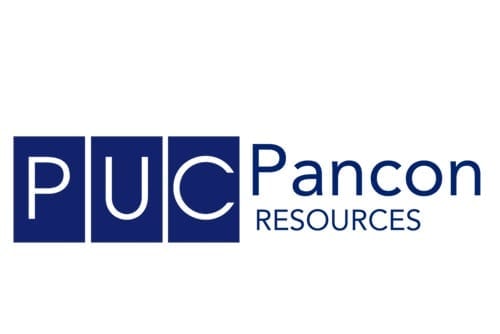 This Pancontinental Resources Corporation profile is part of a paid investor education campaign.*

Pancon’s flagship projects are The Brewer Gold Mine Property (“Brewer”), and the 100 percent owned Jefferson gold project, which surrounds Brewer, located 12 kilometres northeast along trend from the multi-million ounce Haile Gold Mine on the gold-rich and underexplored Carolina Slate Belt in South Carolina, USA.

In the emerging battery metals district of northern Ontario, Pancon holds the option to earn up to a 100 percent interest in five prospective nickel–sulfide hosted properties with camp-sized land positions: Montcalm, Nova, Gambler, Strachan and St. Laurent. The first four projects are adjacent to or near the former Montcalm nickel-copper-cobalt mine, and St. Laurent is located 50 kilometers south of Detour Lake mine and 20 kilometers southwest of Casa Berardi mine

Pancon’s technical teams have decades of experience in the resource industry moving projects from discovery to mine feasibility. The company’s management team is led by President and CEO Layton Croft whose quarter-century of leadership experience spans North America, Asia, Europe, Africa and Latin America, including executive and advisory roles with Ivanhoe Mines, Rio Tinto, Peabody Energy and Duke Energy. 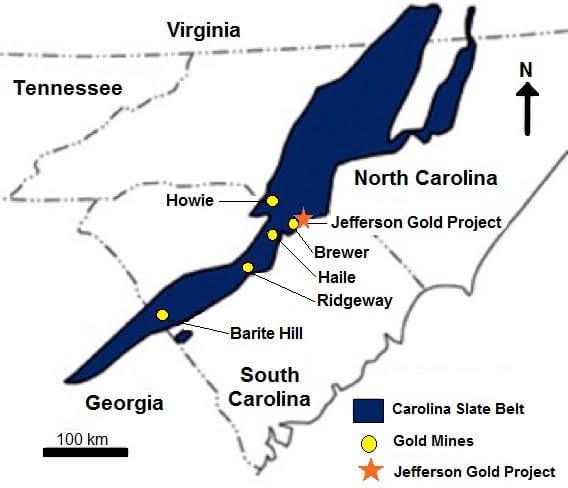 Pancon’s wholly-owned Jefferson gold project and the newly acquired Brewer Property are located in the mineral-rich and underexplored Carolina Slate Belt in Southern Carolina. This gold-rich geological corridor extends from Georgia northeast through the Carolinas and into Virginia. In the early 1880s, the Carolinian region of the belt near Pancon’s gold projects was the site of the first gold rush in the United States. Since then, this geological formation has given rise to several gold mines including Barite Hill, Ridgeway, Howie, Haile and Brewer.

Jefferson’s 705-hectare property includes land surrounding the former open-pit Brewer Gold Mine, which produced 178,000 ounces of oxide gold between 1987 and 1995. Starting 50 meters below the oxide deposit, Brewer also hosts copper and gold-rich sulfides, representing a possible copper-gold porphyry-style system. The Jefferson gold project hosts multiple showings of strongly altered rock extending along a 400-meter-wide northwest trend from the known mineralization at Brewer. This trend extends for nearly one kilometer across the Jefferson property. 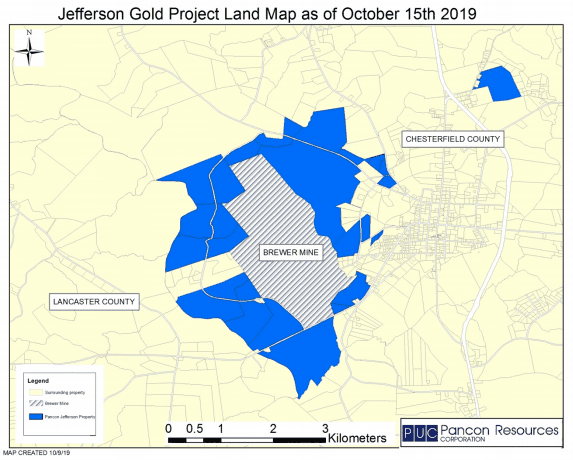 The Brewer Property and the Jefferson project is 15 kilometers along trend northeast of OceanaGold’s (TSX:OCG) multi-million-ounce Haile Gold Mine, which produced 131,819 ounces of gold in 2018 and has measured and indicated gold resources of 3.1 million ounces. Brewer and Jefferson possesses similar host rock lithology, age, stratigraphy and time of mineralization as well as similar alteration style and mineral assemblage.

Pancon’s property is also 55 kilometers along trend northeast of the former Ridgeway Gold Mine, which produced more than 1.6 million ounces of gold between 1988 and 1999.

At Jefferson, nine of the ten holes drilled between 2011 and 2017 intersected gold mineralization, including one averaging 1.27 g/t gold over 164.3 meters. 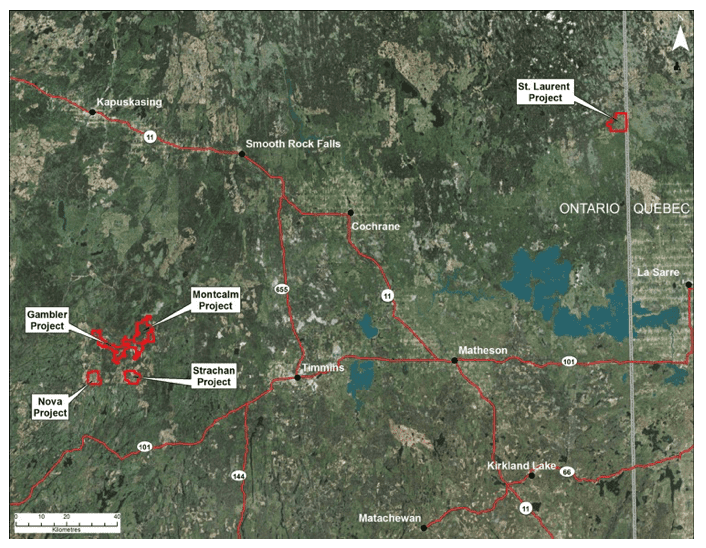 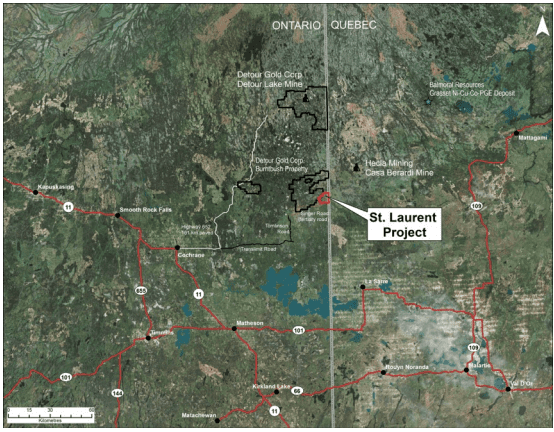 Pancon completed an initial exploration program on the property in Q4 2019 in an effort to evaluate the historical data including the 600-meter-long EM anomaly. The results of the program confirmed and expanded upon the exploration potential of the nickel sulfide target. 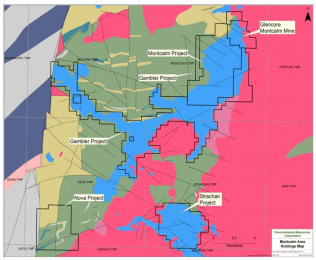 The Montcalm nickel-copper-cobalt project is adjacent to the former Montcalm mine. The Ontario Ministry of Northern Development and Mines conducted a GEOTEM Survey in 1990 identified 11 EM anomalies in the area. The former Montcalm Mine is coincidental with three of those EM anomalies, while six are associated with a complex magnetic feature on Pancon’s Montcalm project called the Hook zone. 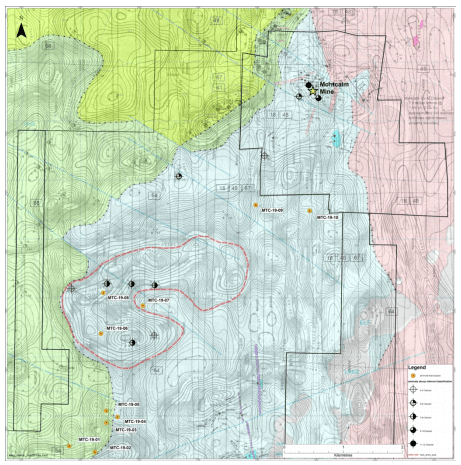 In early 2019, Pancon completed a 4,500-meter diamond drill program to test VTEM geophysical anomalies identified on the 3,780-hectare property in 2018. The company is following up on the results with IP surveys and a geophysical reinterpretation on the Hook zone in preparation for an upcoming drill program.

The Gambler nickel-copper-cobalt camp-sized project is adjacent to Glencore’s former Montcalm mine and surrounds the Montcalm project. The geology on the Montcalm project continues on to the 7,620-hectare Gambler property. Pancon plans to conduct airborne geophysical surveys and analysis to delineate target areas of interest and then incorporate the results into ongoing interpretation and compilation with the neighboring Montcalm Project.

The early-stage Nova copper-cobalt-gold project is located 19 kilometers southwest of the former Montcalm mine. The 2,080-hectare property covers a portion of the eastern boundary of a major regional structure known as the Kapuskasing High. Historical surface sampling data points to numerous occurrences of cobalt, copper and gold. A government survey identified numerous airborne geophysical anomalies that provide targets for future exploration.

The Strachan nickel-copper-cobalt project covers 2,280 hectares in the Strachan gabbro complex located 15 kilometers south of former Montcalm mine. Two geochemical soil anomalies have been identified on the property using MMI technology as well as one explained EM anomaly that coincides with one of the MMI geochemical anomalies.

More than 25 years of leadership and management experience in North America, Asia, Europe, Africa and Latin America, including executive and advisory roles with Ivanhoe Mines, Rio Tinto, Peabody Energy and Duke Energy. Director of Erdene Resource Development (TSX: ERD) since 2015 and Chairman of the Board since June 2019.

Specializing in property evaluation and three-dimensional analyses and integration of data sets in order to enhance understanding of mineralization and plan future work, Margaret has 35+ years of experience, from early exploration to mine feasibility. Originally from North Carolina, she has been studying the geology and geophysics of the Brewer-Jefferson area since 2016.

40+ years of experience in minerals exploration and economic geology. Mr. Capps co-discovered the high-grade Buzzard gold prospect next to Pancon’s Jefferson Project, and six gold deposits that became the Castle Mountain Gold Mine in California. Originally from North Carolina, Mr. Capps has been working in the Brewer-Jefferson area since the 1990s.

40+ years of experience, from early exploration to mine feasibility and spent over a decade on the Carolina Gold Belt, including working at Brewer, Haile and Barite Hill in South Carolina. Chris was the lead geologist responsible for discovering the Brewer Gold Mine in 1983-84 and has also provided engineering solutions to support project economics and local socio-economic benefits to the mine.

Exploration and project geologist with 30 years of experience in a diverse field of commodities. Has led and advanced projects from grassroots target generation and evaluation through to deposit discovery, delineation, environmental permitting and PEA.

Exploration geologist, mining geologist and project generator with nearly 40 years of experience, including 30 years in the Abitibi Greenstone Belt, Ontario. Former VP Exploration for team which acquired the Detour Gold Mine from Placer Dome, now one of the largest gold mines in Canada.

Chartered Professional Accountant with more than 30 years of senior leadership experience in public and private companies. Currently serving as CFO for Roscan Minerals (TSXV: ROS), as well as Director of Finance for H&S Massage Spa Canada.

More than 15 years of investor relations, corporate development, communications and communities experience in the mining sector. She is a consultant to Purepoint Uranium Group (TSXV: PTU) and a member of Prospector and Developers Association of Canada (PDAC) and Women In Mining.

Don Whalen – Chairman of the Board and Independent Director

Mr. Whalen has been a self-employed business consultant since 2009. From 1992-2008, Don served as Executive Chairman and Director of TSX-listed High River Gold Mines. Together with fellow Pancon Gold Director, David Mosher, Don succeeded in growing High River Gold from a small exploration company into a multi-mine, international gold producer with mines in Canada, West Africa and Russia. During this period, High River Gold’s market capitalization increased from C$7 million to more than C$1 billion. Don has been active in promoting Canada-Russia business investment and trade relations. From 1998-2008 he was Chairman of the Canada Eurasia Russia Business Association (CERBA), and from 2005-2007 he represented Canada as Co-Chair of the Canada Russia Business Council.

Mr. Mosher is a geologist and mining executive with more than 35 years of experience in the United States, Canada, Australia, Russia, Africa and Asia. Over the past decade he has been active in the restructuring, financing and management of a number of mineral projects and mining companies, both private and public. David has served on many boards including Cambior and Equinox Minerals, and is currently a director of five public mineral exploration companies, including Pancon Gold.

From 1992 through 2008, David served as President and CEO of TSX-listed High River Gold Mines, where he raised more than US$300 million and developed three mines from exploration through to production in Canada, West Africa and Russia. He assisted with the expansion of two underground mines in Russia, and he outlined a 5-million-ounce gold deposit in Burkina Faso, which subsequently became an operating mine. Under David’s leadership, High River Gold’s market capitalization increased from C$7 million to more than C$1 billion.

Mr. Petroff brings substantial executive management experience with mining companies to the Pancon Gold Board. He served as President, CEO and Director of Jaguar Mining from 2012-2014. He was President, CEO and Director of Breakwater Resources from 2009-2011. From 2004-2008, David was Executive Vice President and Chief Financial Officer of Centerra Gold, a spin-off from Cameco. David was Chief Financial Officer and Senior Vice President, Finance and Administration for Cameco from 1997-2004.

David’s experience demonstrates his ability to step into challenging situations and provide leadership for creating and implementing strategies that lead to higher profitability, engaged employees, and overall improved business results.

Mr. Mark has more than 25 years of experience in the public markets and has held leadership positions with various organizations over the last 40 years. During his tenure with public companies he has been responsible for: securing financings; developing short and long-term corporate goals; building cost-effective property development plans; creating effective communication platforms; and overseeing regulatory functions.

Rick is currently President and CEO, Chair and Director of Harvest Gold (TSXV:HVG). He was formerly President and CEO of VMS Ventures, which discovered the high-grade Reed copper deposit in Manitoba, now in production through a joint venture with Hudbay Mining. He was also Chairman of North American Nickel, which has made a number of nickel discoveries in Greenland. Rick has led efforts to raise more than C$85 million in the last 12 years.

The information contained here is for information purposes only and is not to be construed as an offer or solicitation for the sale or purchase of securities. Readers should conduct their own research for all information publicly available concerning the company. Prior to making any investment decision, it is recommended that readers consult directly with Pancontinental Resources Corporation and seek advice from a qualified investment advisor.