This NexOptic Technology Corp. profile is part of a paid investor education campaign.*

NexOptic’s senior management team is composed of experienced technology veterans such as Rich Geruson, appointed Chairman Q2 2019. Mr. Geruson has held senior positions at Lexmark International, Phoenix Technologies, Voice Signal, Nokia, Toshiba, and IBM including as well membership in the Research Faculty at Harvard Business.  NexOptic’s Board of Directors included a former Chief Technologist of NASA (12 years) who recently left to accept an appointment to the Executive Leadership of NASA’s Jet Propulsion Laboratory in California. 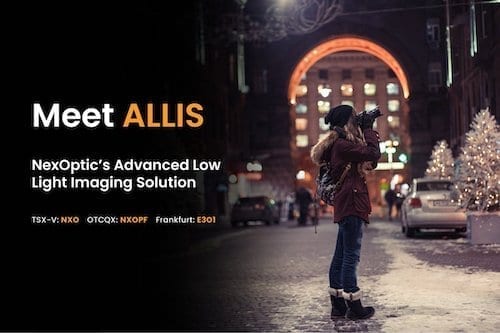 Nexoptic launched ALLIS in May 2019, and is now focused on growing its commercial-grade AI portfolio which they believe holds the potential to be a foundational layer in the digital imaging of tomorrow.

Showing off DoubleTake’s power at the CES 2020 unveiling. This Las Vegas tower was over 4400 feet away.
Left: leading smartphone; Right: DoubleTake telephoto lens. Tip: Drag the slider to reveal.

NexOptic’s multi-award-winning DoubleTake, is a remarkably reimagined “binocular,” it’s the company’s first consumer product. DoubleTake is set for a limited launch in early 2020. They are a disruptive new consumer product that encapsulates the key imaging characteristics of a smartphone, binoculars, and DSLR cameras into a compact, rugged, desirable product. 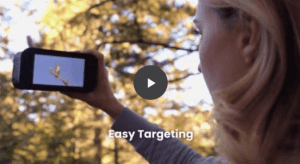 DoubleTake will transform and enhance the traditional solo-user binocular experience instead into a powerful sharing experience. It is designed for the outdoor recreation market. Lightweight, shock and water-resistant it’s ideal for people with active lifestyles. It features a focal length of over 500 millimeters, allowing users to capture high-resolution photos and 4K video. DoubleTake also utilizes a quad-core Ambarella H2 image processor containing state-of-the-art digital features, such as image stabilization and real-time, high-resolution panning.

The device can shoot video in 4K, 1080p, 720p. All videos to date have been shot in 1080p and processed in 720p, to allow for faster editing, uploading and social media sharing. The videos available on their website and social channels are all in 720p, highlighting the capabilities of DoubleTake in the lowest resolution. The arena seating chart below illustrates the distance between the subject and the videographer. 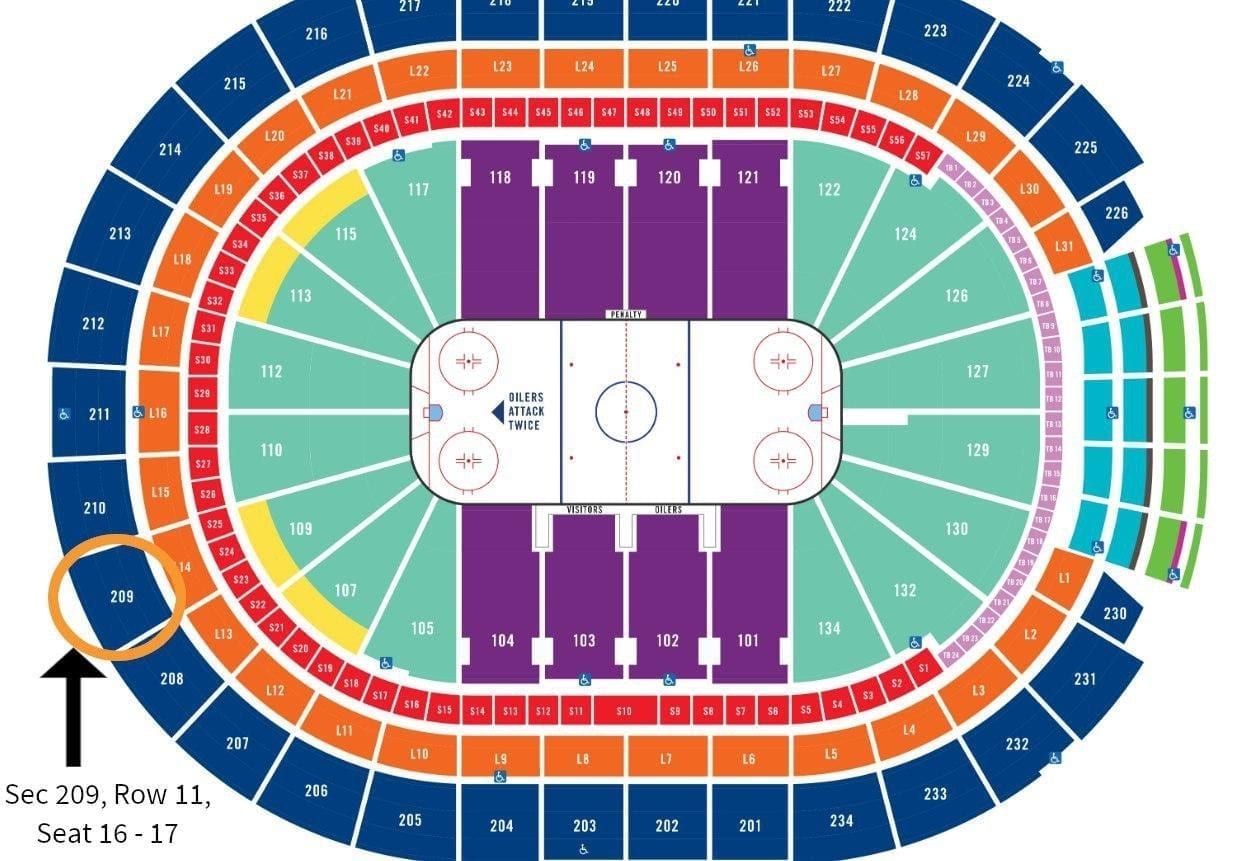 Edison Award – April, 2019 Gold Medal Award for Advanced Image Capture in the Consumer Goods Category.  This award gives NexOptic the right to attach an Edison Award Gold Seal to DoubleTake. Originally established in 1987, the Edison Awards have recognized and honoured some of the most innovative products and business leaders in the world and is among the most prestigious accolades honouring excellence in new product and service development, marketing, design and innovation. 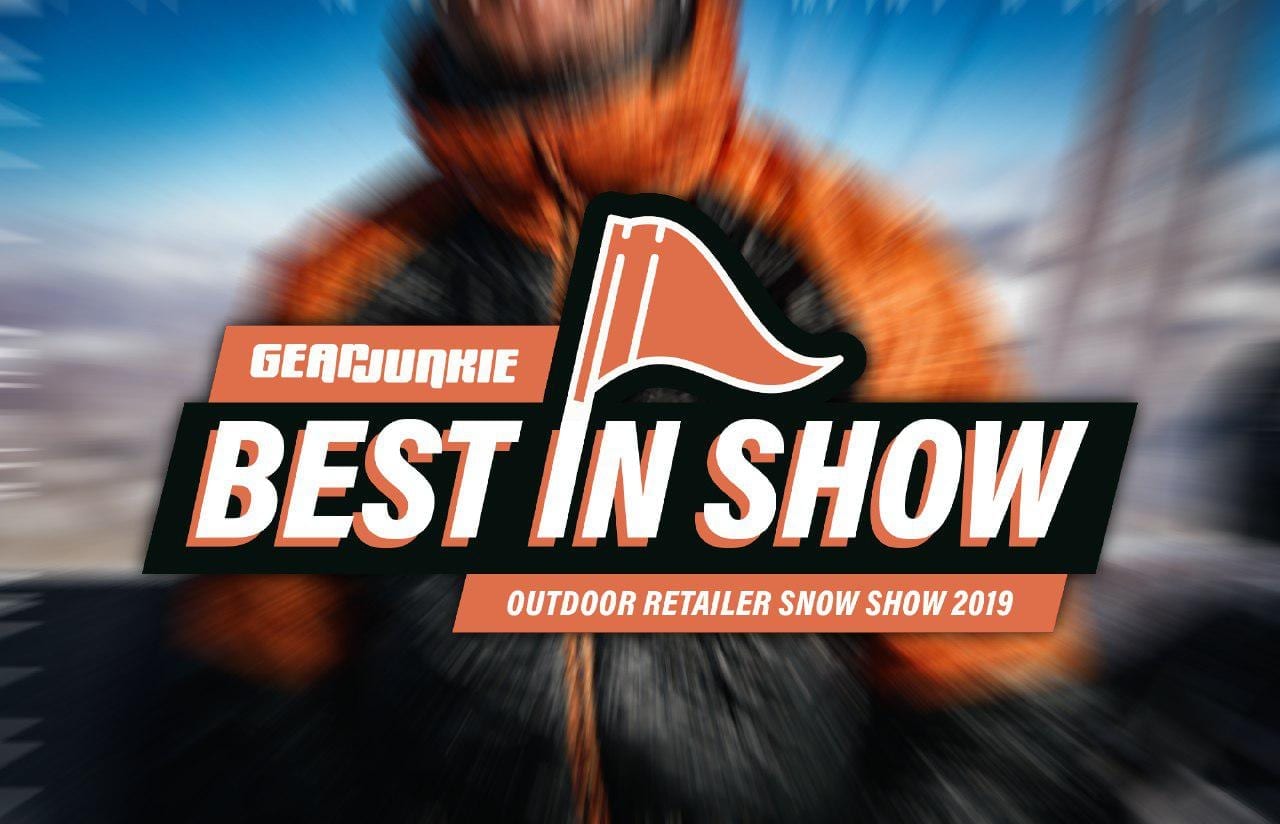 GearJunkie “Best in Show 2019”Winter Gear Award. This award was presented at the Outdoor Retailer Snow Show, North America’s largest outdoor trade show in Denver, Colorado.  GearJunkie founded in 2002, is a leader in the outdoor industry providing breaking news, product reviews, events, and a syndicated column on gear, adventure travel, active lifestyle, and industry news to millions of readers from their offices in Denver and Minneapolis.

Digital Trends “Top Tech of CES 2019” for photography.  Perhaps the most coveted award at CES, the world’s largest consumer electronics show.  Digital Trends first described DoubleTake as “the sci-fi inspired binoculars you didn’t know you wanted”. Later on stated, “We didn’t think our CES 2019 Award for Photography would go to a pair of binoculars, but then again, the DoubleTake from NexOptic, is no ordinary set of binoculars… the DoubleTake replaces the usual eyecups with a 5-inch HD LCD display, offering a comfortable viewing experience that can even be shared by multiple people at the same time.” 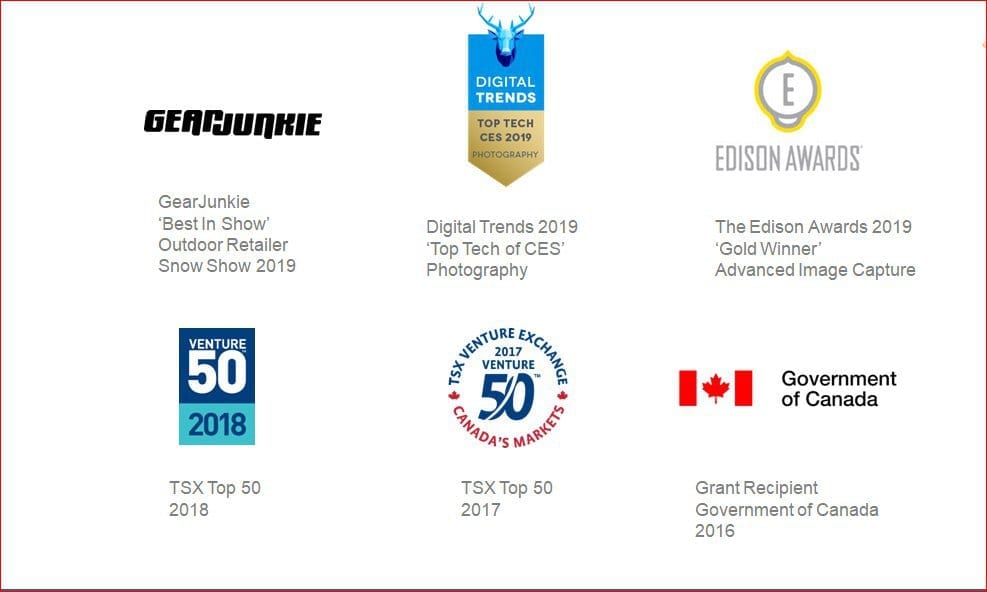 Rich Geruson’s experience spans CEO roles at Lexmark International, Phoenix Technologies and VoiceSignal Technologies as well as Senior Vice President positions at Nokia, IBM, Toshiba and McKinsey & Co. As CEO of Lexmark, a multibillion-dollar imaging technology and solutions company with 10,000 employees, he grew printer sales faster than at any time in the last 10 years while simultaneously executing extensive process reengineering, transforming the business from negative EBITDA and high debt to positive multi-hundred-million-dollar EBITDA and a healthy debt profile. As CEO of Phoenix Technologies, he achieved consistently high profit year-over-year for six years straight in the company’s business of firmware and software for PCs, tablets and embedded internet of things (IoT) devices.

As CEO of VoiceSignal Technologies, Geruson pioneered voice recognition software for mobile phones, resulting in an increase in shareholder value of over 10-fold and culminating in the sale of the company for 12 times its revenue. At Nokia, he propelled the business from fifth-place market share to first-place in the US, and first-place in the world for the first time in its history, catapulting the stock price to more than a sevenfold increase in under three years. He served on numerous public and private boards across three continents and holds graduate degrees from Oxford University, including a D.Phil. in economics. While a member of the research faculty at Harvard Business School, he wrote A Theory of Market Strategy, a book used in many business schools’ curriculums.

Paul McKenzie in addition to NexOptic, has been instrumental in taking public seven-year-old SaaS company Prostar Geocorp of Grand Junction, Colorado, USA while sitting on its Board of Directors. Prostar, enables real-time access to critical and precise location information. Its clients include some of the world’s largest utility and engineering firms and its cloud-based service is beginning to be mandated for use in the US on a state-by-state basis. Several of McKenzie’s previous companies made significant resource discoveries worldwide under his leadership and he has overseen and negotiated joint-venture and alliance partnerships with companies whose market-capitalizations have exceeded $20 billion. To date, he has been integral in raising close to US$100 million for his associated companies. He has acted in the capacity of Co-Founder, CEO, CFO, President and/or Director to several successful, publicly-traded companies.

Arch Meredith is Managing Partner of Kite Hill Capital, a private venture capital firm, which has been a pre-IPO and early investor in various companies in the technology sector, including, among others, Tesla Inc. and Uber Technologies Inc. He is Co-Founder, former President and Chief Financial Officer of the Chroma Group, Inc. which developed patented technologies for pattern recognition and visualization. He also managed Chroma’s equity interests in its subsidiaries, including Quantitative Imaging (enabling virtual colonoscopies) and Vicus Therapeutics, which is currently completing phase III clinical trials on a neuro-immune modulator for the treatment of cancer. He also oversaw investments in Chroma’s subsidiary, Chroma Oil & Gas, and oversaw its acquisition by ACON. He remains a director of Vicus. He is also Founder and CEO of TeleTix, until Transamerica acquired it. He received his B.A. degree from Stanford University and his M.B.A. from the Stanford Graduate School of Business.

Stephen Petranek is a widely-recognized technology futurist and award-winning author, and is the former editor-in-chief of several respected scientific and financial publications. He is also the Co-Executive Producer of the National Geographic mini-series MARS, which is based on, and inspired by, his book, How We’ll Live on Mars, published by Simon and Shuster and the TED Conferences. Petranek’s critically acclaimed book was partly a result of extensive conversations and interviews with Elon Musk, CEO of Space-X, and senior management and leading scientists at NASA.

Petranek is the former editor-in-chief of the world’s largest scientific magazine, Discover, and was the senior editor for sciences at Life Magazine. Earlier in his career, he was the editor of The Washington Post’s magazine and editor-in-chief of The Miami Herald’s Sunday magazine. He is also a recipient of the prestigious John Hancock Award for Business and Financial Writing, considered by many to be the Pulitzer of financial writing.

The information contained here is for information purposes only and is not to be construed as an offer or solicitation for the sale or purchase of securities. Readers should conduct their own research for all information publicly available concerning the company. Prior to making any investment decision, it is recommended that readers consult directly with NexOptic Technology Corp. and seek advice from a qualified investment advisor.