This Neo Lithium profile is part of a paid investor education campaign.*

Neo Lithium (TSXV:NLC,OTCQX:NTTHF,FSE:NE2) has positioned itself to become one of the world’s most sustainable lithium producers. As transportation becomes increasingly electric, the lithium industry is expected to face a significant surge in demand. Neo Lithium expects to meet this demand with energy-efficient facilities that minimize freshwater consumption and carbon dioxide production, promoting a sustainable future for both surrounding communities and the industry at large.

The company’s 3Q project is located in South America’s Lithium Triangle, an area that produces over 40 percent of the world’s lithium supply. Neo Lithium controls 100 percent of one of the largest lithium brine deposits in the world. Globally, the 3Q deposit hosts the third-highest lithium brine grade and the lowest rate of combined sulfate and magnesium impurities. The project benefits from excellent access, a trained workforce, and significant infrastructure. The area has no inhabitants, including Aboriginal communities.

Waldo Perez, the company’s president and CEO, commented, “3Q is one of the best lithium brine projects under any metric. In terms of grade, it is in the top three worldwide. In terms of size, it is the seventh largest brine project with significant blue-sky potential. Finally, in terms of impurities, it has the lowest impurities of any known salar. These qualities would allow us to develop a low-cost process with a very low capital intensity when compared to other brine projects worldwide.”

In May 2019, GHD Chile and Groundwater Insight Canada completed a 43-101 Independent Technical Report and prefeasibility study (PFS) as a comprehensive geological, technical, operational and economic assessment of Neo Lithium’s 3Q project. Key parameters include 4.0 mt lithium carbonate equivalent (LCE) in the Measured and Indicated category, 3.0 mt LCE in the Inferred category and 1.3 mt LCE in the Proven and Probable Reserves category. A full feasibility study is currently underway. PFS results show an after-tax net present value (NPV) of over US$1.8 billion.

The company has formed a strategic partnership with Contemporary Amperex Technology (CATL) (SZSE:300750), a global leader in the development and manufacturing of lithium-ion batteries. Neo Lithium’s CEO commented, “We are delighted to receive an endorsement from a globally recognized, leading industry player such as CATL as we continue to further advance our strategic objectives at the 3Q project. As we have said many times, we believe it’s extremely important to have a strategic partner with unique knowledge of the expected end-market demand before concluding the definitive feasibility study. We are confident that CATL will help us define the battery-grade quality and certification of the final product to the highest levels.”

Global lithium consumption is projected to multiply between three to five times over the next decade, placing significant pressure on the battery supply chain and the lithium market as a whole. As global battery producers continue to expand manufacturing operations, Neo Lithium is well-prepared to capitalize on a surge in demand. 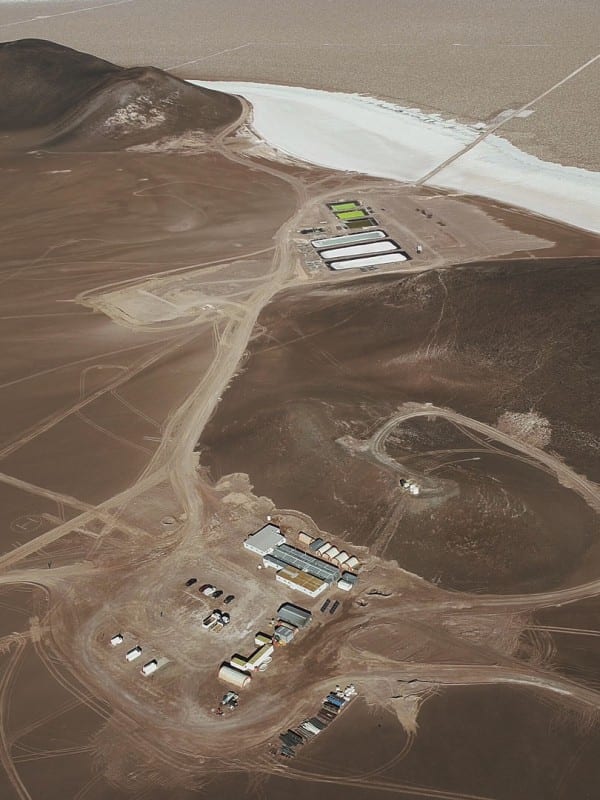 The company’s 3Q project is hosted in the mining-friendly province of Catamarca, Argentina. Catamarca is the oldest lithium-producing province in Argentina. The project is located in South America’s Lithium Triangle, an area responsible for 40 percent of the world’s lithium supply.

The property is located 4,000 meters above sea level and 30 kilometers from the Chilean border. While many projects in the Lithium Triangle are challenging to access, the 3Q property benefits from direct access to Atlantic and Pacific ports via highway and railroad.

Neo Lithium holds 100 percent ownership of the 3Q property with no option payments. The company expects to complete a definitive feasibility study by the end of the first half of 2021. They are currently shovel-ready and are awaiting EIA approval to begin construction. 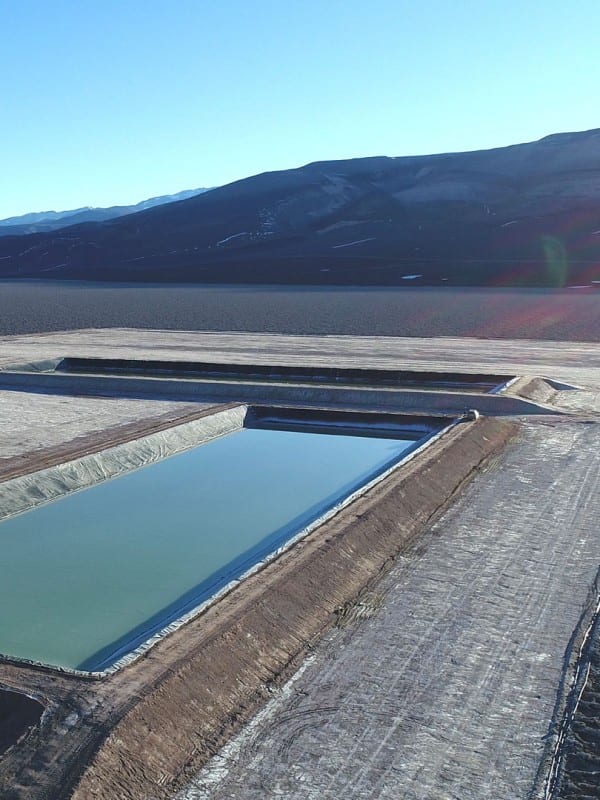 The 3Q project now includes fully functional laboratories, production-scale ponds and a processing plant. Production-scale pilot evaporation ponds have been in operation for more thantwo years, resulting in up to 3.6 percent lithium-concentrated brine. The brine has very low impurities and does not consume reagents, significantly reducing operating costs.

Production-scale pumping wells currently generate up to 100 liters per second of high-grade brine. Continuous pump tests show that 3Q is one of the most productive salars in the Lithium Triangle.

The company’s lithium carbonate pilot plant has already achieved battery-grade production with approximately 99.6 percent purity using an innovative six-step process. Twelve batches of lithium carbonate have been produced to date and continuous batches will be produced through the feasibility stage studies.

The company’s goal is to build a sustainable future for lithium mining and development by relying on clean energy sources (including solar power), reducing freshwater consumption and actively supporting local communities. 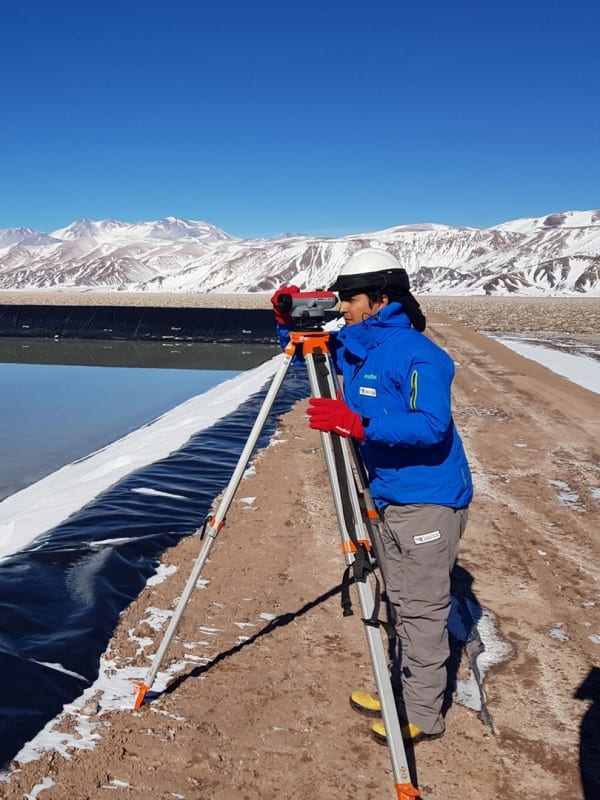 Waldo A. Perez—CEO and Director

Dr. Waldo A. Perez is the discoverer of the 3Q project and founder of Neo Lithium back in 2016. He has over 30 years of academic and industry experience in mineral exploration in South America, particularly in lithium.

Perez was also the discoverer and founder in 2009 of the Cauchari project acquired through Lithium Americas, as well as its president and CEO from inception until the end of the technical work in 2013 resulting in a definitive feasibility study with strong economics.

Previously Perez was involved in multiple discoveries in gold, diamond, zinc and copper deposits as he served as interim president and CEO of Latin American Minerals and senior geologist for Barrick Gold, IAMGOLD, Opawica Explorations and APEX Geosciences.

Carlos Vicens has over 22 years of experience in financial analysis, corporate development, strategy and investment banking including merger and acquisitions and corporate finance. He previously worked as vice president in Scotiabank’s Investment Banking mining team and participated in over $10 billion of M&A transactions and well over $5 billion in equity and debt issuances.

Gabriel Pindar has over 25 years’ experience as project executive in the development of mining, gas and large scale infrastructure projects in Argentina, Peru, Mexico, Australia, Canada, Guinea, Liberia and the United Kingdom.

Karayannopoulos also serves as Neo Performance Materials’ president and CEO since July 2020. He has worked in senior executive positions at Neo and its predecessor companies for more than 20 years, including as director, president and CEO of Neo Material Technologies from 2005 until the company was acquired in June 2012 for US$1.3 billion.

The information contained here is for information purposes only and is not to be construed as an offer or solicitation for the sale or purchase of securities. Readers should conduct their own research for all information publicly available concerning the company. Prior to making any investment decision, it is recommended that readers consult directly with Neo Lithium and seek advice from a qualified investment advisor.