The Next Orogenic Gold Opportunity In BC

The Cassiar gold project is a road-accessible property in northern British Columbia featuring 60,000 hectares of mineral claims, all of which are in good standing. Historical work has been conducted on both the Taurus bulk-tonnage target and the Table Mountain area. Imperial Metal’s (TSX:III) Red Chris mine, which produced 71.9 million pounds of copper, 36,471 ounces of gold and 133,879 ounces silver in 2019, is located 170 kilometers to the south while Coeur Mining’s Silvertip mine is only 80 kilometers to the northwest. 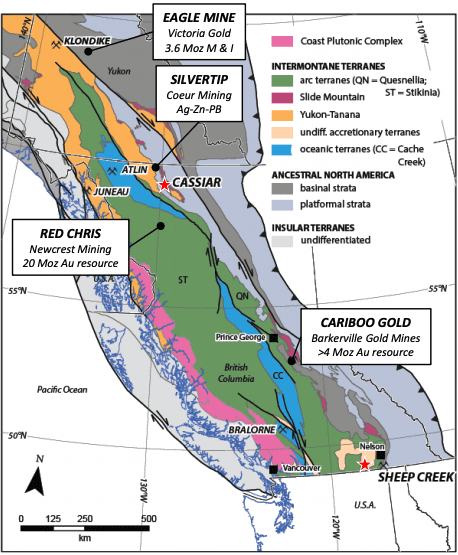 The Sheep Creek gold district is located in southeastern British Columbia in an orogenic gold district home to historical production of almost 800,000 ounces at an average grade of 14.4 g/t gold. Margaux Resources has consolidated a number of claims in the area, allowing for systematic and modern exploration of the 10-kilometer belt.