This Giyani Metals profile is part of a paid investor education campaign.*

Giyani Metals (TSXV:EMM) is focused on the development of its three manganese projects in the Kanye Basin of Botswana, Africa. The company’s flagship K.Hill project is a near-surface deposit currently going through a feasibility study to produce, on-site, both high-purity electrolytic manganese metal and manganese sulfate, key cathode ingredients for batteries in the expanding electric vehicle (EV) market.

Near All Necessary Infrastructure

The K.Hill project site is situated on the Trans-Kalahari highway—the only sealed road that runs from the west to the east coast of Africa. The site is served by all necessary infrastructure within 10 kilometers, including sealed roads, a substation, water and a 45,000-inhabitant town.

Whilst there is optionality for the route to market in neighboring Namibia, Mozambique and South Africa, it is most likely that product will be hauled by road to Johannesburg and then railed to the Port of Durban, the largest and busiest port in sub-Saharan Africa. 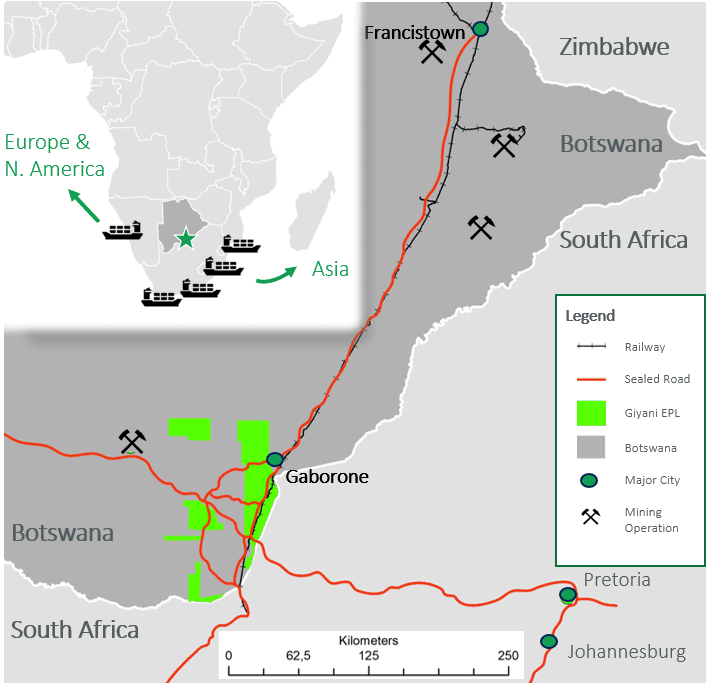 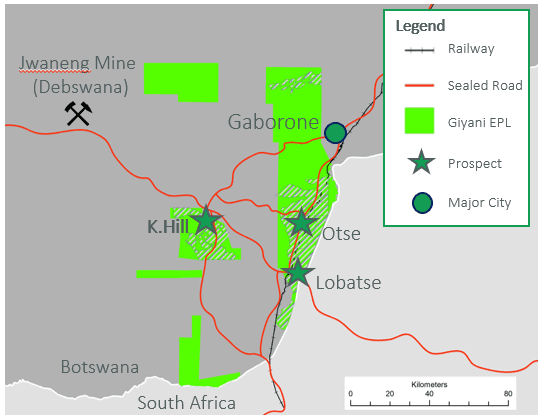 Botswana is a minerally rich and diverse country. Since its independence in the 1960s, the country has developed a well-established mining industry. It is probably best known for its Debswana diamond mining operations (50/50 joint venture between De Beers and the Government of Botswana), which are some of the richest diamond mines in the world. As a result, the country’s workforce is well educated and there is little in the way of corruption. Botswana is also the only African country with an investment-grade rating, which is why it is often nicknamed the Switzerland of Africa.

The Mass Adoption of Electric Vehicles is Imminent

As the cost of manufacturing electric vehicles continues to fall, their market share is projected to increase. UK Research firm Rho Motion forecast that almost a third of new vehicles by 2030 will be electric.

According to Benchmark Mineral Intelligence, the cost to produce an NCM battery is around the US$100/kWh mark. This is the threshold where many analysts believe the EV is on par with the cost of a conventional internal combustion engine vehicle and therefore an inflection point for demand.

Manganese is a Vital Battery Component

Batteries with a Nickel Manganese Cobalt Oxide (NCM) cathode chemistry currently occupy circa 45 percent of the battery market for EVs. This is expected to increase to almost 80 percent within a decade, according to Benchmark Mineral Intelligence.

At its Battery Day on September 22, 2020, Tesla (NASDAQ:TSLA) announced that the cathode chemistry for their intermediate-range vehicles and non-industrial stationary storage units will contain one-third (33 percent) manganese. This was the first time Tesla referred to the manganese content in its battery chemistries. This is over three times the manganese contained in an NCM 811 cell, which UK research firm Benchmark Mineral Intelligence anticipates will be one of the market-leading cathode chemistries by 2030. Expectations for Tesla’s future market share are also high. Elon Musk, co-founder and CEO of Tesla, stated, “longer-term, we want to replace at least 1 percent of the total vehicle fleet on earth … which is about 20 million vehicles a year.”

According to Benchmark Mineral Intelligence, 93 percent of the high purity manganese used in batteries is produced in China. The remaining comes from three producers in Japan, South Africa and Belgium. None of these facilities owns their own ore and as a result, they must transport it from multiple sources thousands of kilometers away. Giyani not only has the strategic advantage of being a non-Chinese source of manganese, it has its own ore source adjacent to the processing plant.

The Importance of a Low Carbon Footprint

Botswana has only approximately 40 days of rainfall per year, meaning its sun index is very high, which makes it a great location for solar power. Giyani is currently investigating ways of harboring the solar energy to power its K.Hill operation.

Giyani’s board and management have a strong track record of project delivery and have the experience to bring this project into production.

*Disclaimer: The profile provides information which was sourced and approved by Giyani Metals (TSXV:EMM) in order to help investors learn more about the company. Giyani Metals is a client of the Investing News Network (INN). The company’s campaign fees pay for INN to create and update this profile page, to which links are placed on Investingnews.com and channel newsletters.

NN does not endorse or recommend the business, products, services or securities of any company profiled.