Approximately 60 percent of the world’s copper and 95 percent of its molybdenum come from porphyry deposits. Despite making up such a substantial portion of these reserves, these deposits have historically been underexplored and overlooked due to their lower grades.

Companies with copper porphyry assets in mining-friendly jurisdictions like British Columbia have made strides to upgrade infrastructure across their projects in recent years.

Edgemont Gold (CSE:EDGM | FRA: EG8 ) is a Canadian exploration company focused on exploring and developing high-quality copper-gold porphyry assets in Canada. It is currently exploring the Dungate copper-gold porphyry project located 6 kilometers south of Houston in the Omineca mining division of Northern British Columbia. The company has the option to earn 100 percent interest in the project. 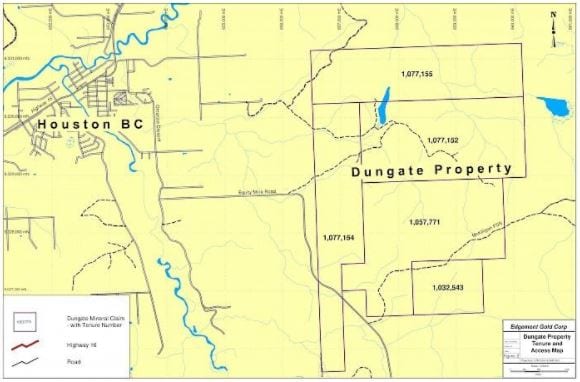 “The copper component is compelling. For gold, we are seeing the same mineralized zones as the geology that Sun Summit has. There’s an abundance of opportunity here,” CEO Stuart Rogers commented.

The company is excited about its 2021 development plans for the Dungate project. Projected programming includes permit acquisition, drill testing and fully funded drilling across six holes.

Edgemont Gold has an advantageously low market cap, which sits at C$5.9 million, and a treasury of C$1.94 million.

Edgemont Gold has a proven management team with years of experience in mineral exploration, mining, and financing. The company’s vested interest in the development and economic growth of its high-quality exploration projects preps them for significant mining success.

The Dungate copper-gold project sits 6 kilometers southeast of Houston, British Columbia, with 1,035.8 hectares of claims staked in 2020 and 546.4 hectares under option. The property sits advantageously in the Omineca mining division, and leverages clear power lines, year-round roadways and close proximity with the closed Equity mine site.

Exploration history on the property dates back to the 1960s with an initial discovery of chalcopyrite and molybdenite mineralization made on the property. In 2018, Edgemont conducted a brief exploration program that collected six rock samples and eight soil samples. This program also confirmed the presence of copper-gold mineralization with grade highlights of 1.7 g/t gold, 0.8 ppm silver and 1,500 ppm copper across multiple samples. 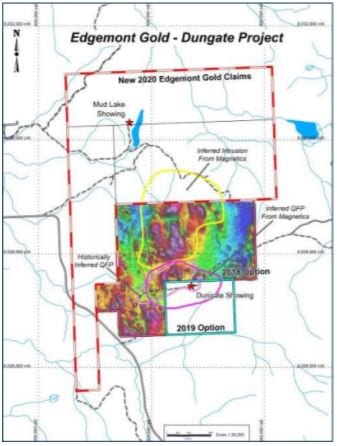 Edgemont has filed a permit application for a six hole drill program intended to test mineralization at depth in 2021.

Stuart Rogers has been involved in the venture capital space since 1987. He is the founder and president of West Oak Capital Group, a privately held investment banking firm specializing in the early-stage financing of resource and technology projects through the junior capital markets in Canada and the United States. Rogers has served as a director of client companies listed on the TSX Venture Exchange, the Toronto Stock Exchange and NASDAQ Small Capital Market.

Rogers currently serves as the president of Elysee Development, an investment issuer with a focus on the junior mining sector, and as a director of Gold Terra Resource, a gold exploration company that he co-founded in 2007.

Gordon Steblin has over 25 years of financial experience in the junior mining and exploration sector. He serves as the CFO of Elysee Development and Freegold Ventures. Steblin obtained a Bachelor of Commerce degree in 1983 from the University of British Columbia and became a Certified General Accountant in 1985.

Kevin Arias has worked in the investment sector since 2003. He began his career at CIBC Capital Markets and worked in institutional trading at Scotia Capital and then later at Dundee Securities. Since 2015, Arias has worked directly with several publicly-traded companies active in the mining and mineral exploration sector in Alberta, Australia, Ontario, Idaho, Nevada, Colombia, Brazil and Kazakhstan. His roles have included management positions in corporate finance, business development and institutional investor relations.

The information contained here is for information purposes only and is not to be construed as an offer or solicitation for the sale or purchase of securities. Readers should conduct their own research for all information publicly available concerning the company. Prior to making any investment decision, it is recommended that readers consult directly with Edgemont Gold and seek advice from a qualified investment advisor.