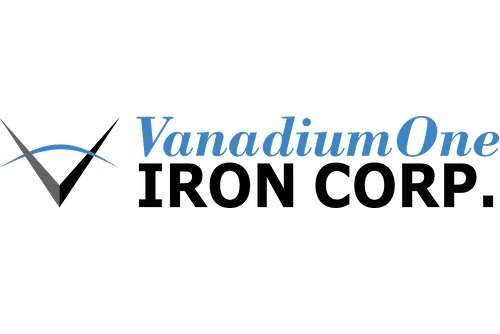 Mr. Norman Steinberg appointed as Strategic Advisor to the Company.

Vanadium One Iron Corp. (the “Company”) (TSXV:VONE), is pleased to announce the appointment of Mr. Norman Steinberg as Strategic Advisor to the Company. Mr. Steinberg is a highly distinguished Quebec based lawyer and an esteemed member of the Quebec business & philanthropic community. Mr. Steinberg served as Global Chairman of Norton Rose Fulbright, one of the world’s top 10 legal firms, which combined with Ogilvy Renault in June 2011 while Mr. Steinberg was Chairman. In addition, Mr Steinberg has a long history focused on corporate governance, participation with public, private, family and not-for-profit boards and their various committees including Audit, Compensation and Governance. Mr Steinberg has acted in a leadership role as legal advisor for some of the most important business transactions in Canada and globally, and has acted as a legalbusiness advisor to many corporate boards and committees. Mr Steinberg is currently the Vice-Chair of BFL Canada, the largest employee owned and operated commercial broker and consulting services firm in Canada

In addition, the Board of Directors is pleased to announce that Mr. Kurt Menchen has agreed to join the Company’s Advisory Board to support the ongoing development of the Mont Sorcier project. Mr. Menchen has over 37 years of experience operating and managing mining projects, including over 20 years as General Manager at the Jacobina Gold project in Bahia State, Brazil. In addition, Mr. Menchen played a major roll in the definition, evaluation, construction and operation of Largo Resources Maracas Menchen vanadium mine in Brazil as Chief Operating Officer. His prior experience includes Anglo American’s Vaal Reefs underground gold mine in South Africa and De Beers Goldfields in Angola. Mr. Menchen holds a degree in mining engineering from Federal University of Rio Grande do Sul, Brazil.

Mark Brennan, Executive Chairman commented, “We are delighted to have Norman join our efforts to bring the Mont Sorcier project to fruition. We believe that Norman will be an invaluable advocate in Quebec aiding Vanadium One in negotiating with government, regulatory and environmental bodies to ensure Mont Sorcier is developed in a world class fashion. We are also very pleased to have Kurt join the Advisory Board given his extensive history and our partnership in developing projects around the world.”

In addition, the Company announces that the Board of Directors has approved the granting of stock options to Mr. Steinburg and Mr. Menchen under the Company’s Stock Option Plan to acquire an aggregate of 400,000 common shares of the Company, exercisable at C$0.10 per common share, for a period of 2 years from June 24, 2020. Vesting is immediate.

As of June 24, 2020 the Company is pleased to announced that it has filed its audited year end MD&A and Financial Statements on SEDAR.

About Vanadium One Iron Corp.:

Vanadium One Iron Corp. is a mineral exploration company headquartered in Toronto, Canada. The Company is focused on advancing its Mont Sorcier, Vanadium-rich, Magnetite Iron Ore Project, in Chibougamau, Quebec. The goal is to continue defining the extent of this resource and demonstrate its economic viability.

ON BEHALF OF THE BOARD OF DIRECTORS OF VANADIUM ONE IRON CORP.