First Responder Technologies Inc. a developer of WiFi-based technologies for detecting concealed weapons and for deterring mass shooting and terror attacks involving concealed weapons, is pleased to announce the appointment of Hon. Stockwell Day, PC as the new independent Chairman of the Company’s board of directors, effective immediately. Mr. Day is succeeding Mr. Kulwant Malhi, who served as Chairman since 2019. …

First Responder Technologies Inc. (“First Responder” or the “Company”) (CSE: WPN) (OTCQB: WPNNF) (FWB: 3WK), a developer of WiFi-based technologies for detecting concealed weapons and for deterring mass shooting and terror attacks involving concealed weapons, is pleased to announce the appointment of Hon. Stockwell Day, PC as the new independent Chairman of the Company’s board of directors, effective immediately. Mr. Day is succeeding Mr. Kulwant (Kal) Malhi, who served as Chairman since 2019. Mr. Malhi will also step down from his position as a director.  Mr. Howard Gutman, former Ambassador of the United States of America to Belgium, will replace Mr. Day as Head of the Company’s advisory council. 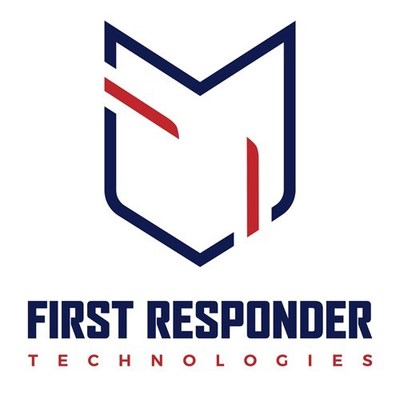 Robert Delamar, the Company’s CEO commented, “Mr. Day brings a wealth of external and internal experience to the role:  externally, through his distinguished career in public service, including his time in office spent as Canada’s former Minister of Public Safety, former Vice-Chair of Canada’s Parliamentary Subcommittee on Human Rights, and Chair of the Cross-Cultural Roundtable on Security; and internally, through his service as the former Head of the Company’s advisory council, among which he led a team of board members, executives and advisors in the conceptualization, drafting and adoption of the Company’s Statement of Values.”

Mr. Day commented, “I am honoured to take on this role.  With incidents of shootings and terrorist attacks in public, commercial and residential spaces on the rise, the implementation of concealed weapons detection technology solutions has become a necessity for governments, law enforcement, security agencies, landlords and homeowners.  While these solutions have the real potential to increase public safety, they must be balanced with a commitment to privacy so that citizens may go about their business without fear of racial, religious or socio-economic profiling; personal intrusion, including loss of liberty and privacy; and/or powerful, rapidly changing technology falling into the wrong hands.  I believe the Company, in the design of its products, and through the Company’s Statement of Values (key provisions of which have been made contractually binding through the terms of the Company’s reseller agreements), is committed to balancing these competing interests, and I believe these products represent the possibility of a real change in the way cities, commercial premises and residences are protected in the future, and safeguarded from the threats posed by armed criminals and terrorists.”

The Company’s Statement of Values, referenced above, can be accessed online at the following link:  https://www.firstrespondertech.com/statement-of-values/

Hon. Stockwell Day, PC is Canada’s former Minister of Public Safety, where he was the minister responsible for the Royal Canadian Mounted Police (National Police Force), the Canadian Security Intelligence Service (National and Foreign Intelligence), and the Canada Border Services Agency (National Border Agency).  In addition, Mr. Day served as Minister of International Trade, Minister for the Asia-Pacific Gateway, Regional Minister for British Columbia, and Chair of the Cabinet Committee on Afghanistan.  Prior to his service in the federal cabinet, Mr. Day served as Canada’s Leader of the Official Opposition (2000-2001).  Before his time in federal politics, Mr. Day served as treasurer (Minister of Finance) and acting premier of Alberta.  Today, Mr. Day serves on a number of corporate boards and non-governmental organizations, and acts as a Distinguished Fellow for the Asia Pacific Foundation of Canada.

Ambassador Howard Gutman is the United States of America’s former Ambassador to Belgium, serving under President Barack Obama.  Mr. Gutman is also a former Special Assistant to the Director of the FBI for Counter-Intelligence and Counter-Terrorism, a former judicial law clerk serving on the United States Supreme Court, and a former leading Washington DC attorney (for 27 years).

First Responder Technologies Inc. (the “Company“) is a technology development company that commercializes academic and internally developed intellectual property for use in the public safety market. The Company is developing a WiFi-based technology, based in part, on academic research licensed from Rutgers, the State University of New Jersey (“Rutgers“) that can be used to detect concealed weapons.  The Company’s threat detection technology line of business was created to capture a significant portion of the global weapons detection systems market, and in particular, the global perimeter security detection market. In the Company’s view, WiFi–based threat detection technology may be utilized by a wide range of facilities, including schools, places of worship, shopping centres and theatres, to not only make their premises secure, but also reduce their cost of security, from the interior of a facility to the perimeter.