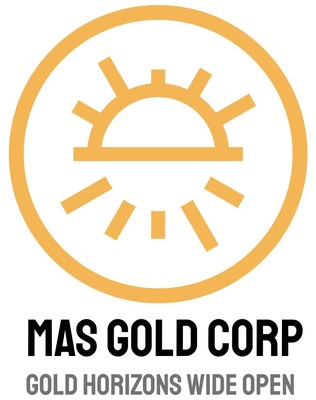 GBR retains a 2.5% Net Smelter Royalty (NSR), which MAS Gold has the right to purchase for $1,000,000 . The complete Arbitrator's finding is available on Sedar.

In particular, MAS now has full title to the following established resources;

In order to further expand the resources, MAS Gold's recently completed winter drilling campaign included a total of 2,912.9 meters in 15 holes at Greywacke North  on the Greywacke Lake Property and 2,501.5 meters drilled in 10 holes at North Lake on the Preview-North Lake Property. Assay results are expected mid-May 2021 . The proposed winter drilling of the Point target at Ramesland Lake was deferred due to insufficient ice build up.

Ron Netolitzky , Chairman, stated, "Now that we have completed the necessary arbitration, five years later, and established our title to the Greywacke Lake and Preview-North properties, we can proceed to a Preliminary Economic Assessment of the projects, which have been on hold for more than five years.

Upon compilation and analysis of the 2021 winter drill results, an expanded work program including drilling, metallurgical test work, a LiDAR survey will commence. Baseline environmental studies and community engagement, initiated in 2020., are ongoing. The primary focus of the planned work programs will be the advanced targets at North Lake and Greywacke North.

The goal of the company is to define the threshold values that could support production decisions centred around Greywacke North and North lake deposits. The presence and exploration of targets controlled by MAS Gold and other operators in the immediate area will be monitored with the objective of developing a hub and spoke approach to a central mill concept.

A separate phase of exploration work will proceed on MAS-held early stage targets with the objective of defining additional resource targets. This will include identified prospects as well as favorable structural settings.

We now look forward in moving all our goals and milestones forward. Further updates on those goals will be announced along with drill results over the next few weeks ."

The scientific and technical information contained in this news release has been prepared, reviewed and approved by David Tupper , P.Geo. ( British Columbia ), MAS Gold's VP Exploration and a Qualified Person (QP) within the context of Canadian Securities Administrators' National Instrument 43-101; Standards of Disclosure for Mineral Projects (NI 43-101).

Caution Regarding Forward-Looking Information and Statements:

Information set forth in this news release contains forward-looking statements that are based on assumptions as of the date of this news release. These statements reflect management's current estimates, beliefs, intentions and expectations. They are not guarantees of future performance. MAS Gold cautions that all forward-looking statements are inherently uncertain and that actual performance may be affected by a number of material factors, many of which are beyond their respective control. Such factors include, among other things: risks and uncertainties relating to MAS Gold's limited operating history, the need to comply with environmental and governmental regulations, results of exploration programs on their projects and those risks and uncertainties identified in each of their annual and interim financial statements and management discussion and analysis. Accordingly, actual and future events, conditions and results may differ materially from the estimates, beliefs, intentions and expectations expressed or implied in the forward-looking information. Except as required under applicable securities legislation, MAS Gold undertakes no obligation to publicly update or revise forward-looking information.

Gold Bull Resources Corp. (TSX-V: GBRC) (" Gold Bull " or the " Company ") is pleased to report that it has completed the sale of its wholly-owned subsidiary, Zelenrok EOOD (" Zelenrok "), to Raiden Resources Limited (" Raiden ") (ASX - RDN). Zelenrok holds the rights to the Zlatusha and Kalabak projects, as well as an additional mineral application, Draka, located in Bulgaria.

GCM Mining Corp. ("GCM Mining" or the "Company") (TSX: GCM, OTCQX: TPRFF) announced today that its Board of Directors has declared the next monthly dividend of CA$0.015 per common share will be paid on June 15, 2022 to shareholders of record as of the close of business on May 31, 2022.